The Adirondacks is: childhood; collective experience; our benchmark for challenge and accomplishment; the where and how we developed physical and mental strengths that continue to serve us well today. Now urban-based and high-achieving, my siblings and I treasure the familiar wilderness that brings us together. Our shared, precise goal of reaching its 46 acmes spans generations. 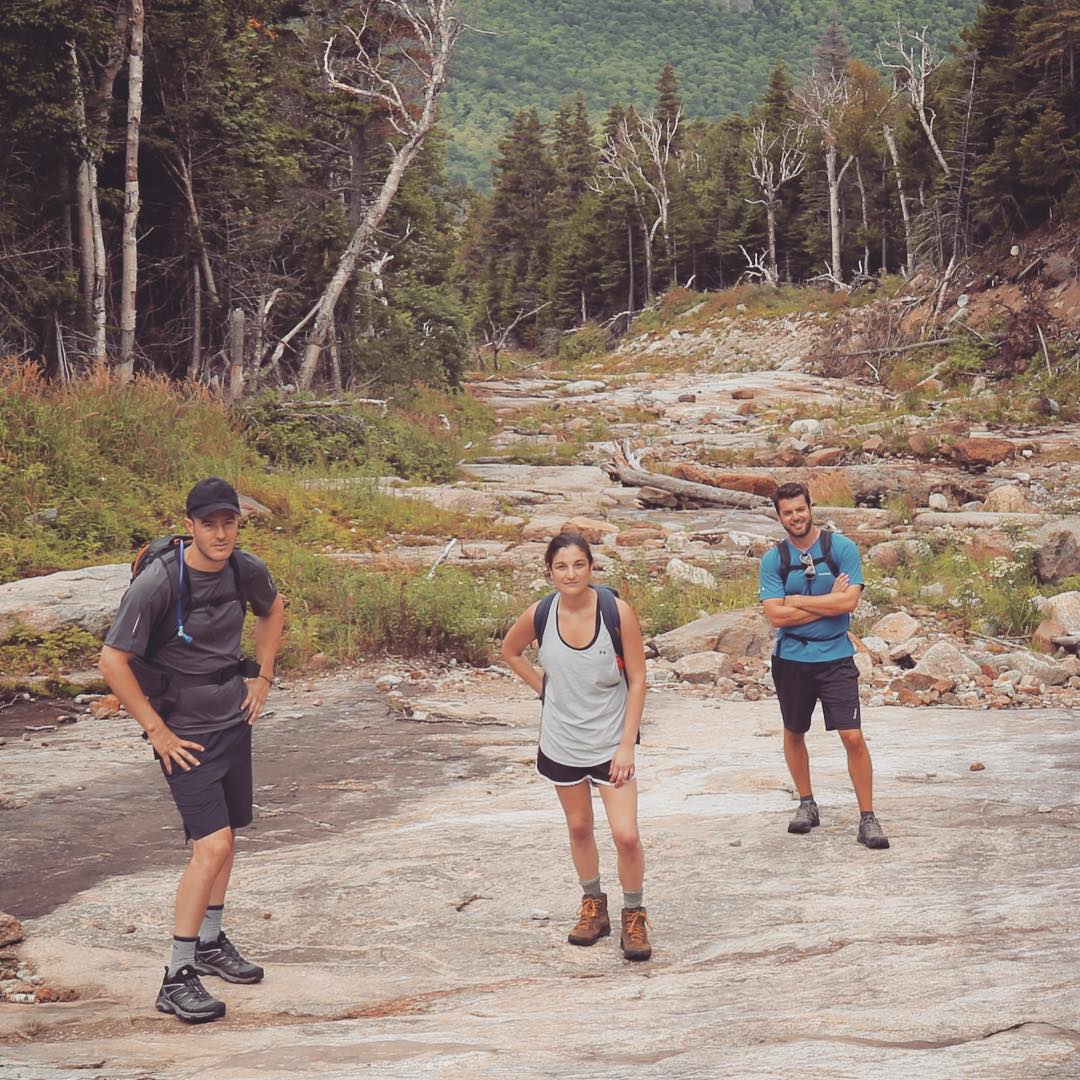 My father climbed his first 46er​ — ​Mount Marcy​ — ​in the summer of 1961. He finished on Allen in 1973. My eldest brother, Ben, finished his 46 on Wright, summer of 1996. My brother Dan finished his the very next day, on Dix; he was 14. Dan considers the endeavor to climb all 46 the first long-term goal he set and achieved. “I think I managed to appreciate the journey as well, not just the goal,” he recalls. “Much later, when I started working for then-Senator Hillary Clinton representing New York, my 46er status would occasionally come up and it gave me instant street cred with some upstate constituents.” 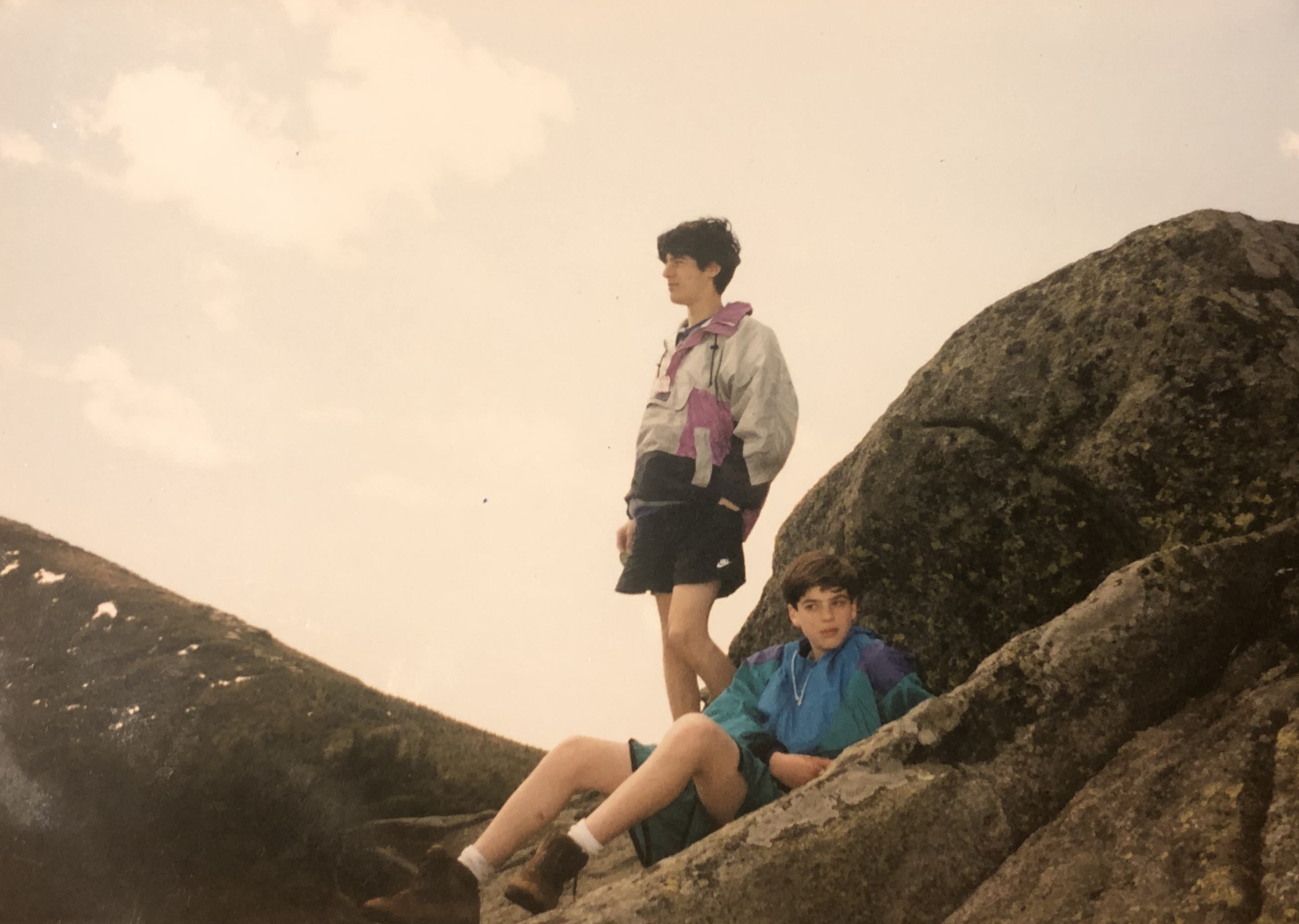 I climbed my first 46er​ — ​Giant Mountain ​— in ​the fall of 2001. It was the first leg of my step-brother Alex’s finishing trip, which culminated later that day, dramatically, in a whiteout atop Rocky Peak Ridge. I finished my 46 on Mount Colden, in August 2011, along with two dozen friends, champagne, and at least one cake. 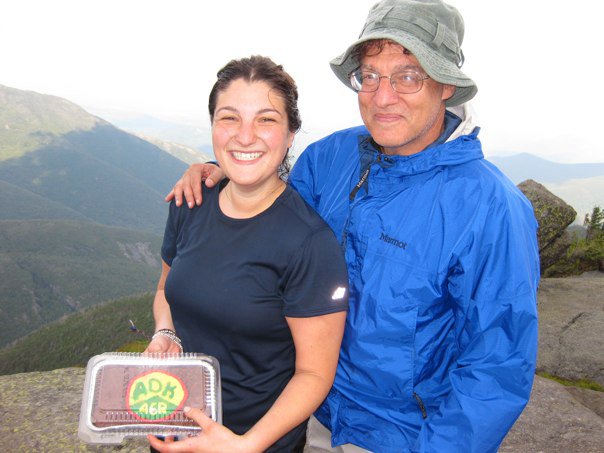 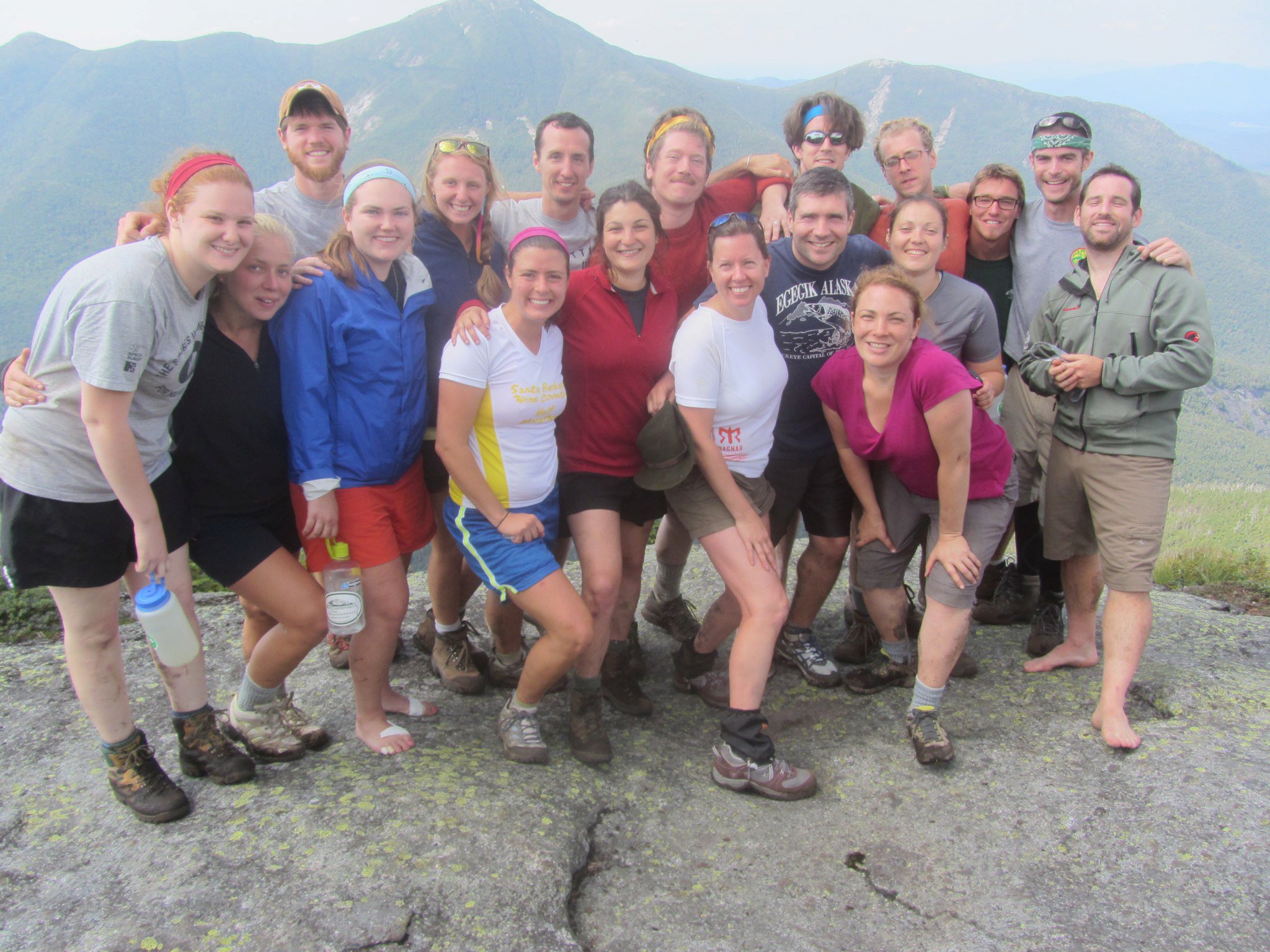 Mount Colden (v​ia the Trap Dike) ​was ​my brother Josh's introduction to the High Peaks. He was 8 years old, and it was Yom Kippur. ​My father​ — ​an Adirondacks guru and 46er many times over​ — ​has made a tradition of observing the Jewish Day of Atonement by climbing a mountain, in silence. The Adirondacks is a sacred place for my predominantly-secular family, and summiting its 46 highest peaks is a family tradition. 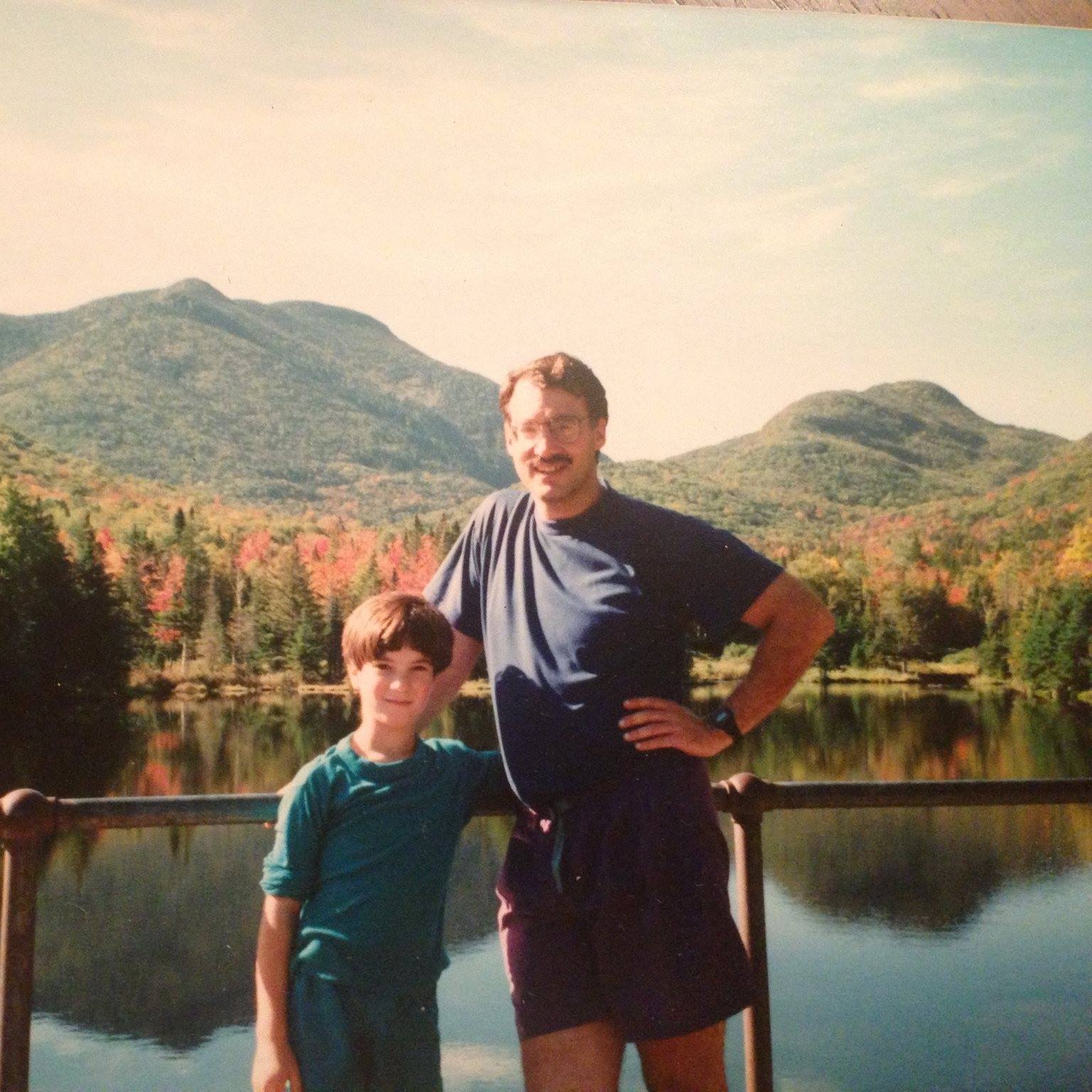 Several Octobers ago, o​n a crisp weekday morning, my dad and I climbed Mount Marcy in silence. The Garden parking lot was mostly empty; the Adirondacks ablaze in fall foliage. At the trailhead, we laced up our boots, stretched our calves, and exchanged final words; it was Yom Kippur, the Sabbath of Sabbaths. I was living in New York at the time, teaching writing to first year undergraduates. I hadn’t been upstate​ — ​or used certain leg muscles​ — ​in some time. Deprived the distraction of chitchat, I was acutely aware of my physical self against the tranquil woods. Soft-skin clad in technicolor fleece and polyester, I felt monstrous, boots clunking, lungs wheezing, as we approached Marcy Dam. ​"But I’m a 46er!" ​I thought in frustration. Acclimating to the silence proved a greater challenge than the trail’s terrain.

At Bushnell Falls, a picture-perfect 5-mile mark, we took a break to remove layers. Zippers zinged, water glugged; but our interactions were limited to a system of hand signals. Approaching Slant Rock a few miles up, my body found a rhythm, muscles warm and breath even. My mind had relaxed as well, humming in sync with our steps. Combining the profoundly human experiences of being alone, being together, and physical exertion, this silent climb accentuates for me the power and scarcity of genuine introspection. A state of being I associate with summer, family, and the Adirondack landscape. 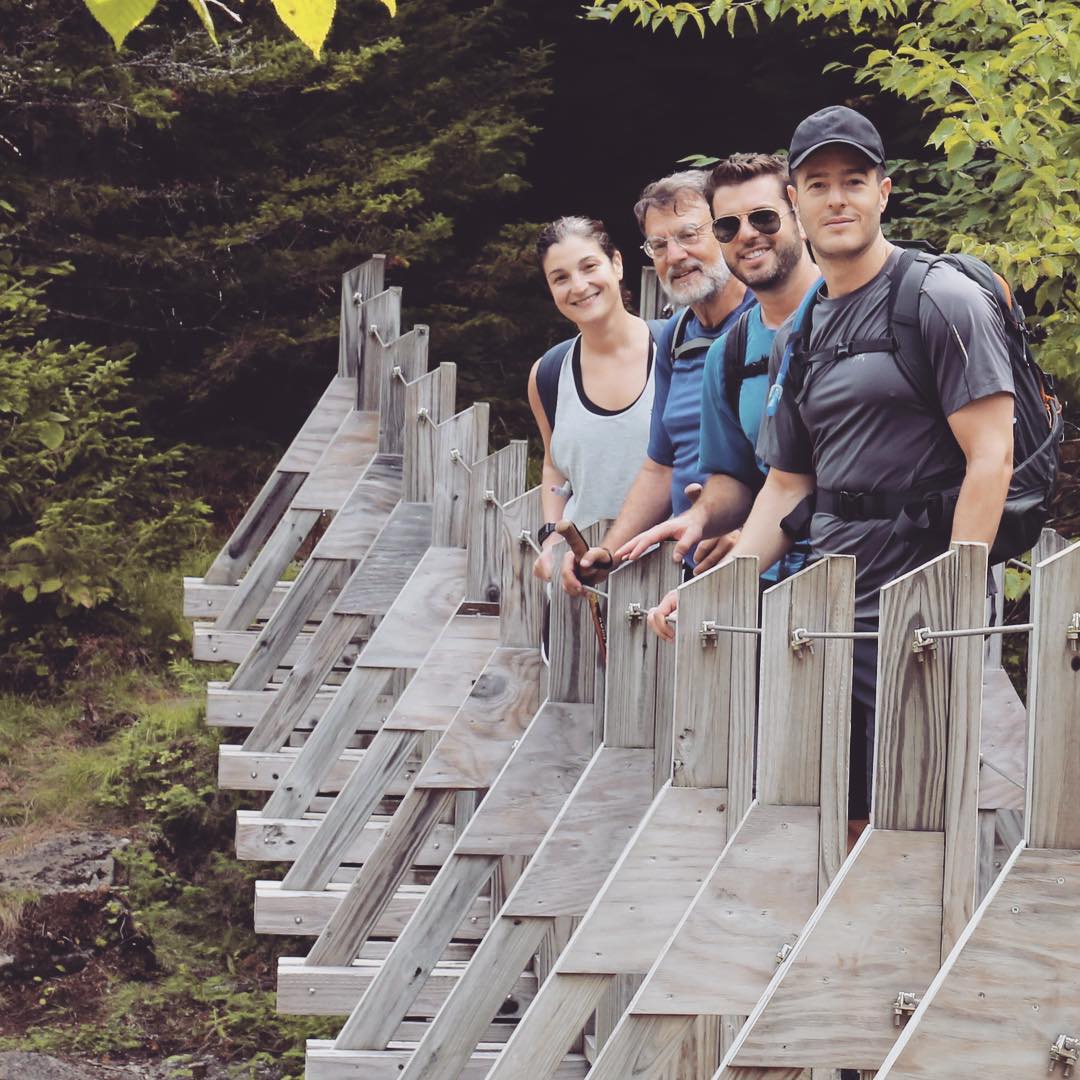 Hiking Cascade on a Saturday last summer felt reminiscent of riding a shopping mall escalator. We leapt ahead of slow-moving groups, and stood aside for others to pass. At one bend, we skirted a cluster of guys leaning against a boulder, smoking cigarettes. Merely being in the High Peaks, I realized, no longer promises tranquility, but my emotional connection to the place stays strong.

Much has been written about the hordes of hikers descending upon the Adirondack High Peaks. Some have suggested that a permit system is the only way to control environmental deterioration. Others recommend that disbanding the 46er Club, and eliminating the system of number designation for reported finishers, can curb foot traffic and help preserve the precious wilderness. Is the quantified objective of becoming a 46er ultimately destroying the very place that inspired it? 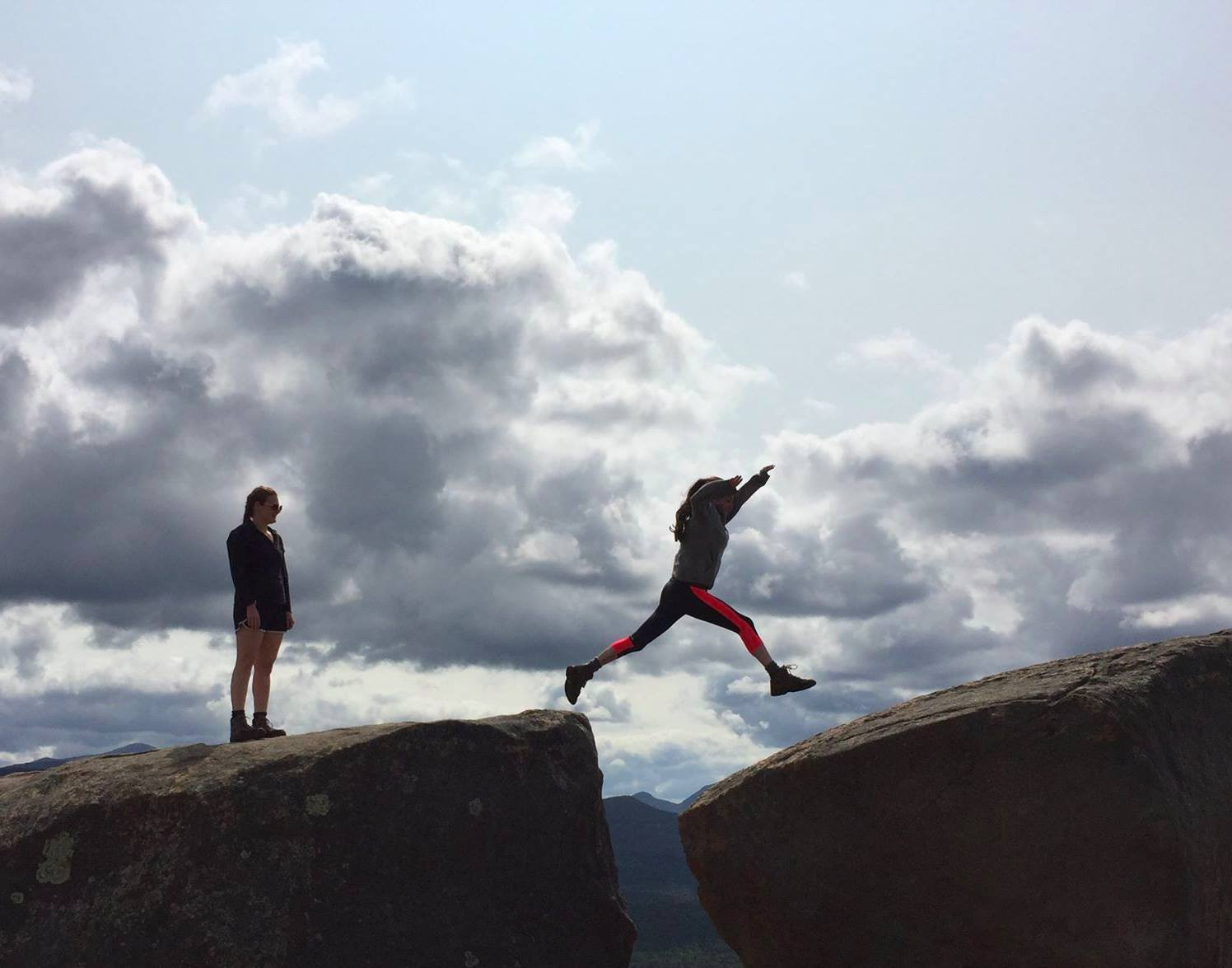 While we tout the accomplishment and relish membership ​in the club​, bagging all 46 peaks is not the tie that binds. The Adirondacks is a special place where my siblings and I, far-flung in cities across the country, have unshakable roots, and that continues to bring us together. “​It’s all about sharing a passion with my kids,” my father says. “Yes, there was an ultimate goal​ — ​to finish. But the value is in the journey.”