The snow blew past us in horizontal streaks as the yawning mouth of Indian Pass faded in and out of sight like a 1,000-foot-tall ghost.

The nearby mountains — giants Marcy and Algonquin, among others — also did a disappearing act as the cloud cover that carried the snow churned against their steep slopes. I explained to my hiking partner, Anna, what the view from Mount Jo looks like on a clear day.

"This is one of the best Adirondack winter hikes. There's Colden and Cascade and Iroquois," I said, pointing into the gray.

Even with the on-again, off-again view, Anna's smile never waned. She had been living in New York City for a dozen years so the woods, boulders, and ice formations captured her attention as much as any panoramic vista would have. That was Nov. 5, 2011. I married Anna and her radiant smile on Aug. 17, 2013, on top of Whiteface Mountain and in front of family, friends, and the vast, rugged grandeur of the mountains we now call home. 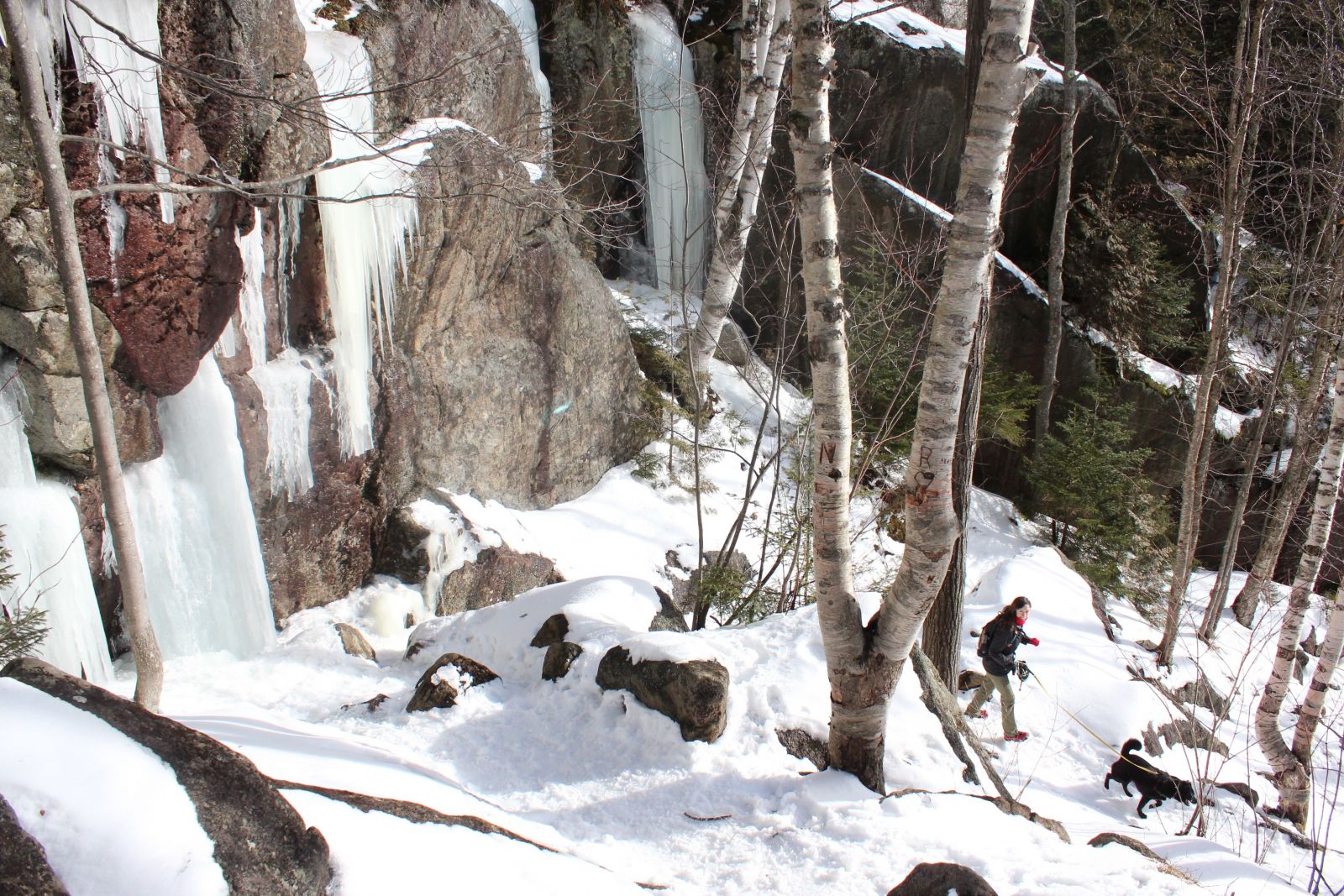 Anna and I have climbed dozens of mountains together since our first adventure, but we still revisit Mount Jo about once a year. Ours isn't the only romantic story that includes the little mountain, although ours has a happier ending than the legendary tale behind how it got its name.

The Mount Jo trail begins on the opposite end of the parking lot from the popular Van Hoevenberg trail, which, at 7.4 miles, is the shortest route up the highest mountain in the state, the 5,344-foot Mount Marcy. The trail is named after Henry Van Hoevenberg, who is something of an icon in these mountains. After a busy year of starting a business in New York City, he visited the region in 1877 and met Josephine Schofield, a young woman from Toronto, while camping on Upper Ausable Lake.

As the story goes, the pair hit it off. They decided to hike Marcy together, and by the time they reached the summit they were dreaming of the house they'd build in the valley below, in a swath of forest framed by mountains that Van Hoevenberg famously called, "the finest square mile in which to get closest nature." From their lofty perch, Schofield picked a spot on the shore of a small, heart-shaped lake for their rustic lodge. Van Hoevenberg dubbed the waterbody Heart Lake, and called the small mountain that rises next to it Mount Jo.

I can relate to the way mountains bring people together. As Anna and I passed the Mount Jo trail register last week and began the moderate climb, I remembered that first hike we took. I told her about all of the adventures I'd been on in the mountains, and she asked questions about the landscape around us. Soon the icy surface of Heart Lake appeared through the leafless trees, and I told her that the lake, and the mountain, were named for the same person. At the fork in the trail, we decided to go straight up the long trail and descend via the much steeper short trail to make a loop out of the hike. 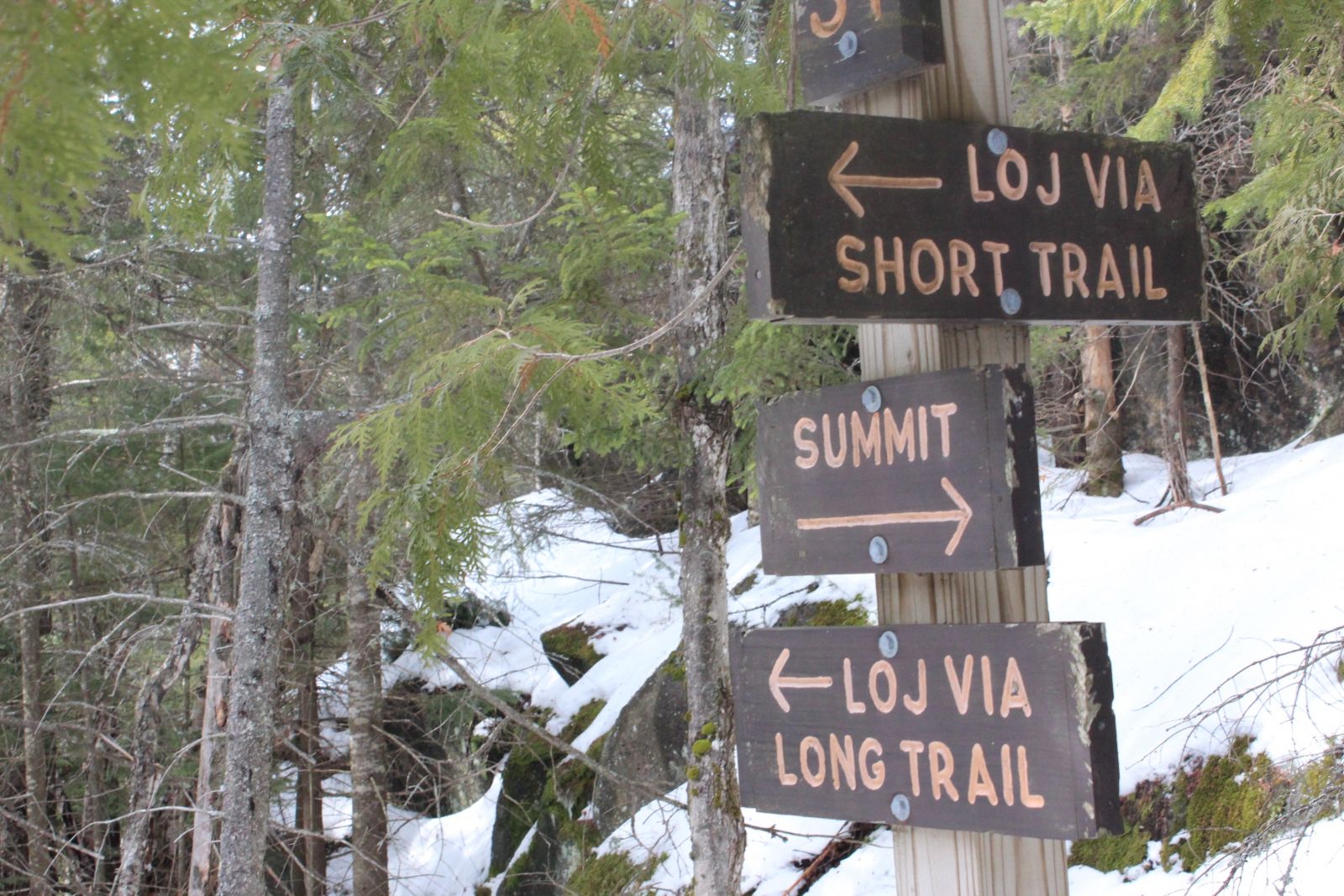 Van Hoevenberg and Schofield were both smitten, but marriage was not in the cards. I can imagine their time together in these mountains. About three-quarters of the way up Mount Jo, there's a cliff band that appears to have a large slice of stone missing near its base. I'll never forget that formation. When we reached it many years ago, Anna asked if it was OK to take a closer look. Together, we climbed up the narrow slot between the rock and the cliff. It was a preview of the slides, boulders, and open summits we'd climb in the following years. Those memories, those fantastic moments of exploration, are the purest expression of freedom in our relationship, and they all belong to us and no one else.

The problem with the Van Hoevenberg wedding was Schofield was supposed to wed one of her father's well-to-do friends. When she refused, her father became irate. Mr. Schofield didn't want his daughter marrying some man she met in the mountains. Considering the arranged marriage, it makes sense that Van Hoevenberg and Schofield were heartbroken as they said their final goodbyes in the Adirondacks. No one knows exactly what happened, but reports say Schofield was last seen on Goat Island, which is upriver from Niagara Falls. Her hat and book were found there, but she was never seen again. No evidence was unearthed, although the clues point toward suicide. What is certain is that Van Hoevenberg's world was upended by never seeing the love of his life again. He moved to the High Peaks and spent the rest of his life there, perhaps comforted by the deep wilderness and towering peaks, and he never gave his heart to another.

As Anna and I scrambled up the final, steep pitch to Jo's summit, I thought about enduring such a deep loss. I'd probably take to the mountains too, and let their timelessness — and their beauty and apathy toward human concerns — inform me about the way of things, as they've done many times before. But enough of the grim thoughts. I never could have imagined I'd marry the woman from the city who smiled as wind pelted us with snow five years ago. Our memories will always be here, mingling with thousands of others through the wind, sleet, sunshine, and rain. With any luck, we'll continue to make new memories for decades to come. It was, after all, mountains that brought us together. And for that I am forever grateful.

After a hike in the mountains, Anna and I usually head into town for dinner. Sometimes we even check out a band or an art opening at one of the local venues. 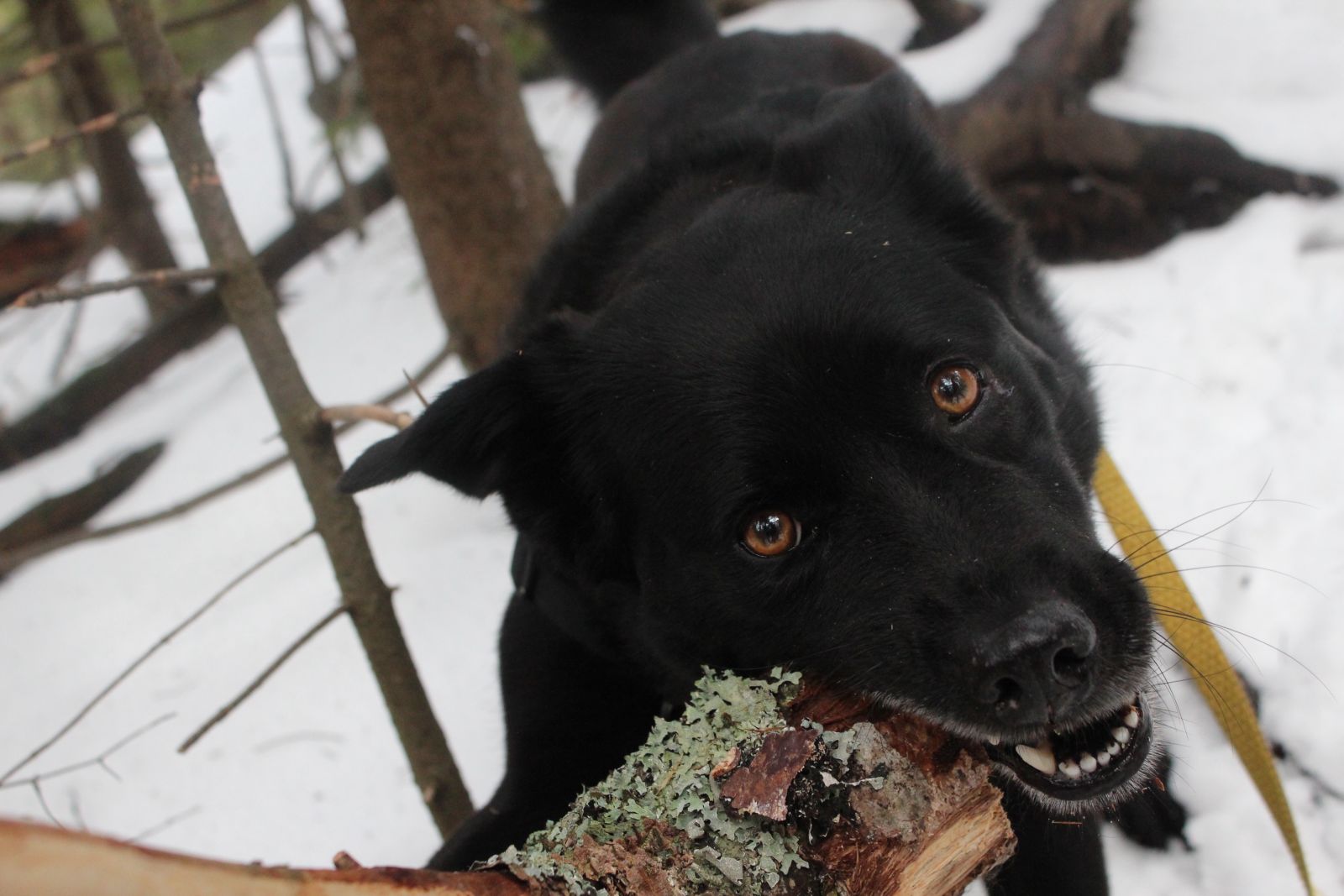 This week: Fall in love with the ADKs

In sickness and in health (literally)

Love in the bush

The heart of the ADKs