Change is always imminent in the mountains, and that’s never more noticeable than the transition from winter to summer. The brief in between, spring, is a time when color returns to the forest. The cold blues and grays are joined by an expanded palette — greens, yellows, and reds abound in the form of mosses, leaves, and flowers. 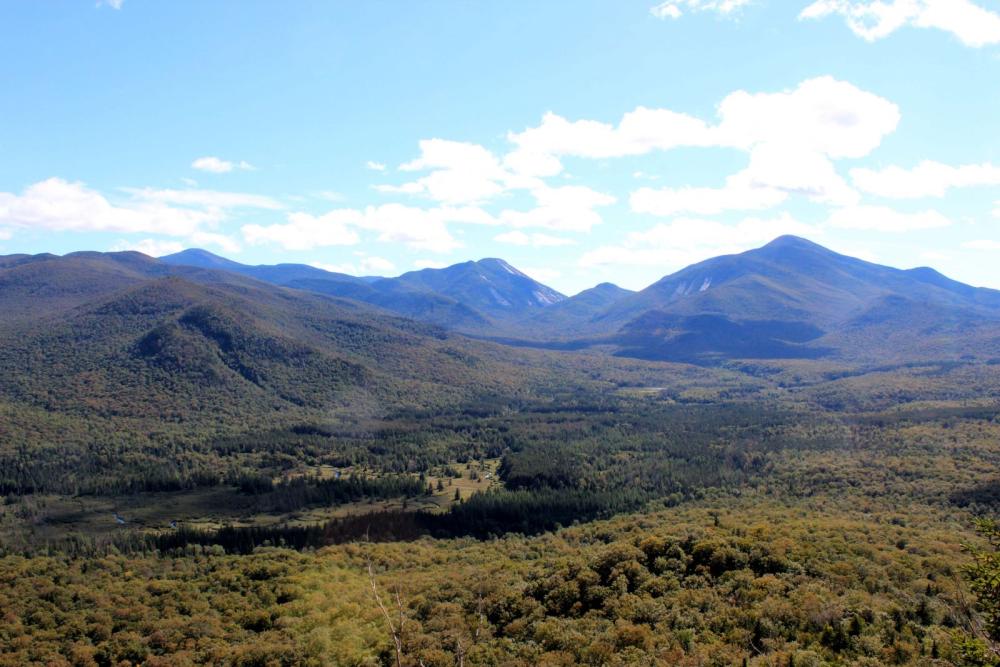 The first hint of the colors to come are spring ephemerals, wildflowers that erupt from the forest floor as soon as the snow recedes. By popping up so quickly they’re able to take care of the business of being a flower before the trees leaf out and block valuable sunlight. To someone who likes the little things nature has to offer, this is a great time to see some early bloomers before the rest of the plant kingdom awakens.

The following three hikes are close to one another, and they're all great locations to see some of these spring beauties — pun intended.

Parking: The first two hikes begin on South Meadow Road. To get there, take Route 73 east from Lake Placid for 3 miles and turn right on Adirondack Loj Road. After about 4 miles, you’ll see a sign for South Meadow Road. The town closes this road in the winter by rolling some massive rocks in front of it, and those aren’t removed until things dry out in late spring. If that’s the case, park by the rocks and walk up the road. If the road is open, park near the entrance to access the trail up Mount Van Hoevenberg, and drive to the end of the road to reach the Marcy Dam trail. 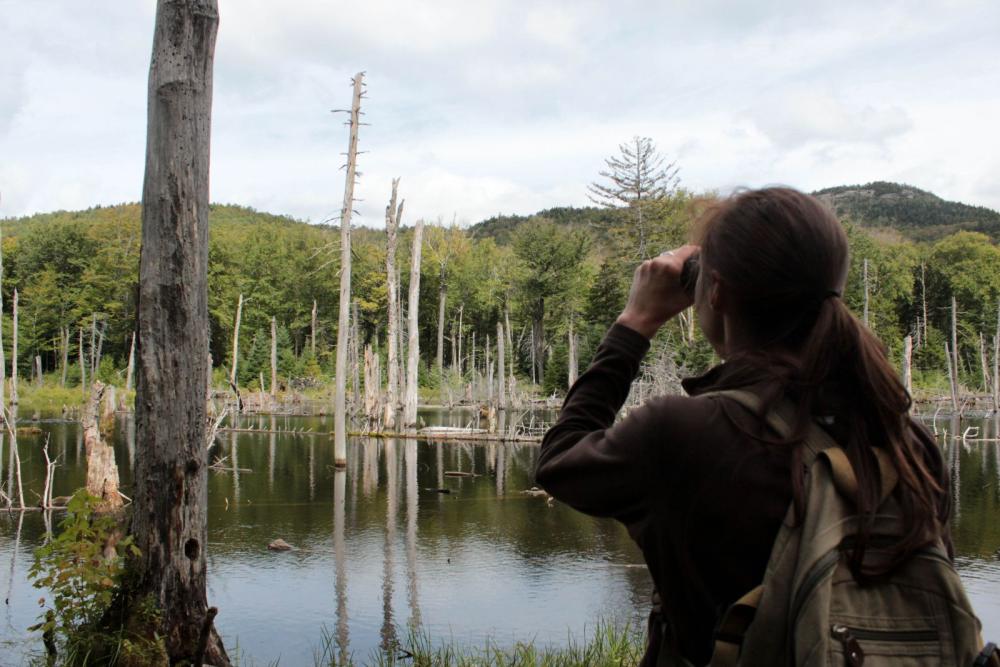 This spectacular hike begins about 0.3 mile up South Meadow Road. Look for the trail sign on the left.

The trail starts on the level and pretty much stays that way as it approaches the large beaver pond. Along the way, you’ll pass through two incredible stands of red pine and a beautiful hardwood forest. Be on the lookout for wintergreen. This low-growing plant has waxy leaves, so it can retain moisture through the winter and remain unscathed by the cold. Once the snow melts, wintergreen’s dark green, thumb-sized leaves are common along trails. 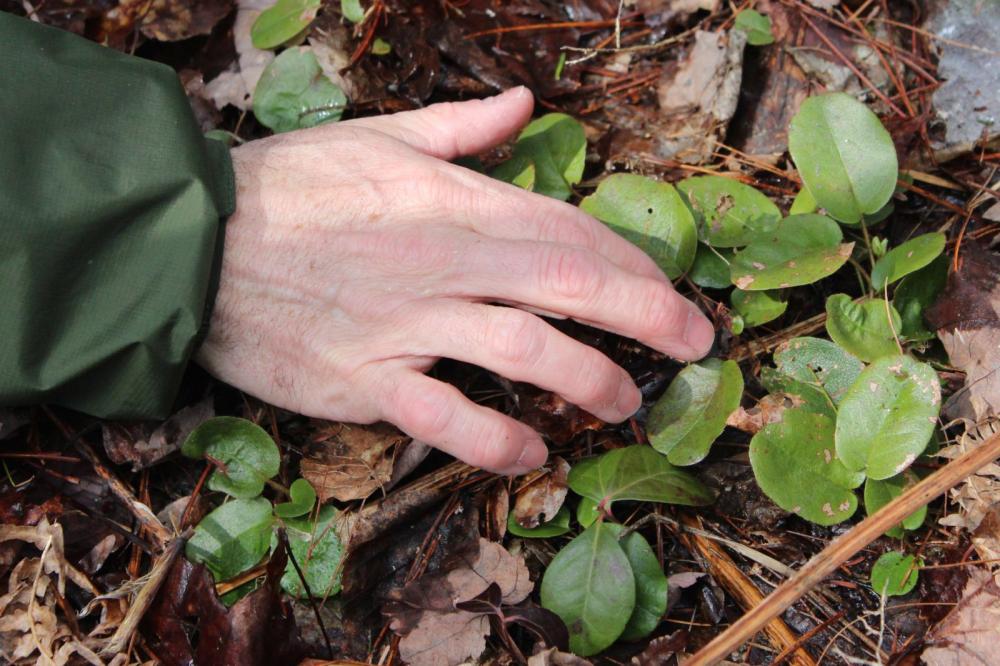 You’re likely to see a bunch of spring wildflowers along the path, but you’ll really have fun exploring the shore of the pond, where there’s no canopy and plenty of light for vegetation to flourish. Don’t forget to check out the array of broken trees poking out of the water — they’re a favorite hangout for many bird species.

The beaver pond is a worthwhile destination, but if you have the time and energy the hike up Mount Van Hoevenberg (it’s the mountain behind the pond) is relatively easy. Once the path leaves the open hardwood forest on the lower slopes of the mountain, it climbs briefly to a cleft between a rocky knob and the ridge leading to the summit. The trail swings right, away from this fern-filled notch, and climbs to the summit at 2.2 miles from the trailhead, where several ledges provide outstanding views of our highest peaks, Marcy and Algonquin. 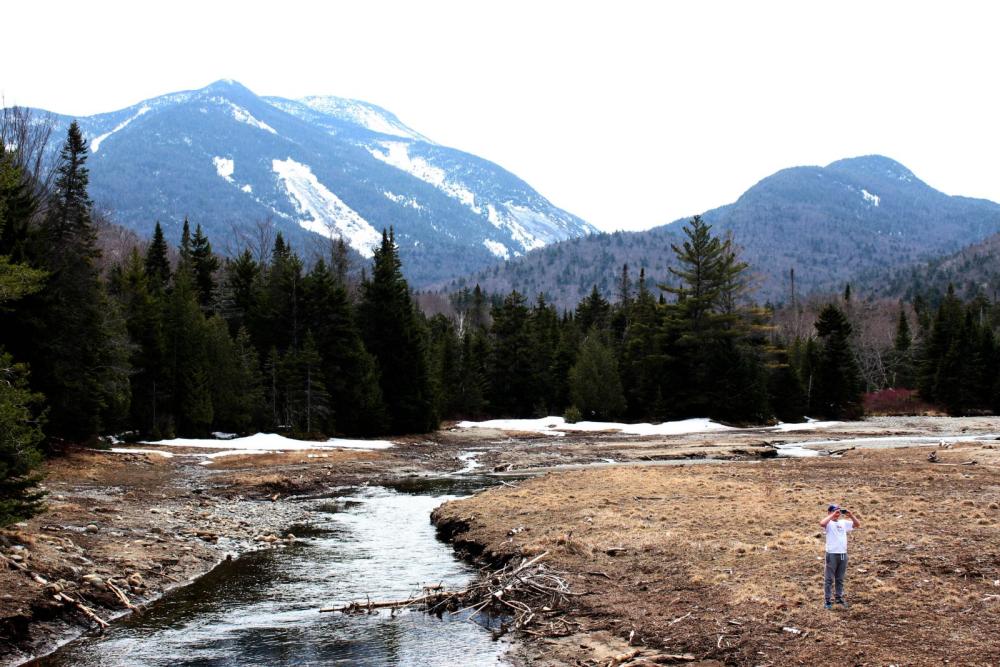 Forest openings are great places to find wildflowers, but they’re uncommon in the High Peaks. Although the truck trail to Marcy Dam is not a naturally occurring opening, it is still a sunlit corridor to an iconic Adirondack view that’s relatively easy to reach. To sweeten the deal, you’re likely to have this trail to yourself, as most hikers opt for the slightly shorter path from the High Peaks Information Center.

Drive up South Meadow Road for 0.9 mile and you’ll see the trailhead on the right. Note that there are several free campsites along this road, making it easy to coordinate overnight trips. Just be aware that they’re first come, first served.

Starting at the trailhead, this wide path starts on the level, goes over some slight ascents and descents, then gradually climbs toward the site of Marcy Dam at 2.6 miles. The dam was breached in 2011, when Hurricane Irene brought flooding to the region. Where there once was a pond there is now a stream, but the view is still there, at least until the trees creep back to the edge of the waterway.

Have fun hanging out at this popular destination and head back down the truck trail when you’re done. 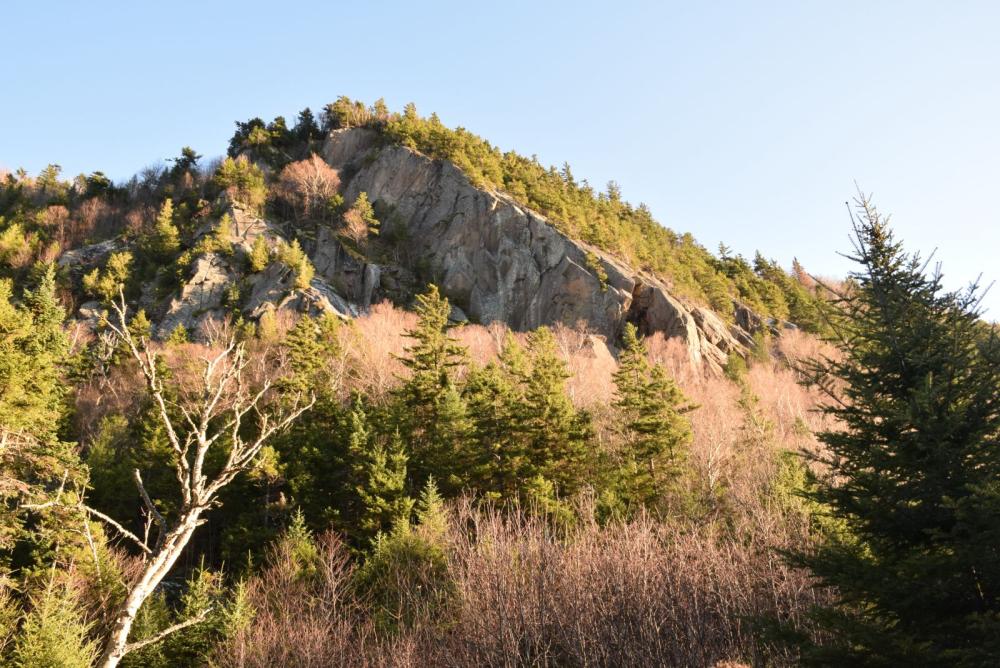 This section of the Jack Rabbit Ski Trail makes for a fine destination in the warmer months, too. Much like the truck trail to Marcy Dam, this is a road-width path that’s easy to follow. It passes through a mix of forest types, making for a potential mix of wildflowers, too. To get there, take Route 73 east from Lake Placid for about 6 miles, then turn left on Mountain Road. Follow that for a mile and park.

The trail runs along the base of Pitchoff Mountain, a long, rugged landmass that’s usually seen from Route 73 as it winds through Cascade Pass before reaching Lake Placid. 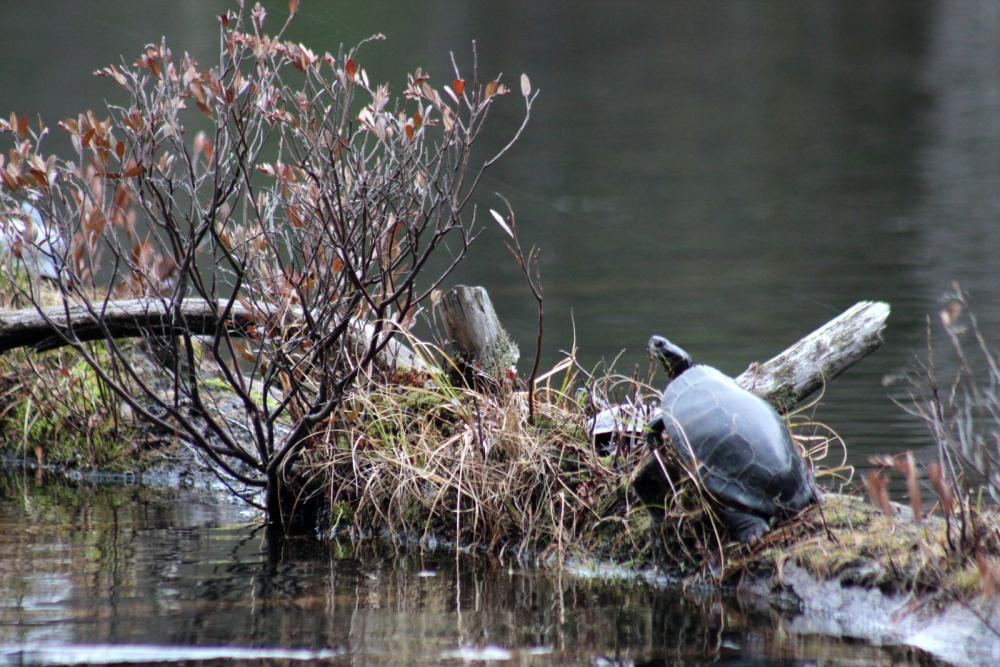 The less-traveled side of the range is no less scenic, and even though there’s a major road just on the other side, it feels totally remote. Perhaps the best spot comes about a half mile from the parking area. After traveling through a dense forest, the view opens up to reveal a beaver pond with a bulk of rock towering above it.

Keep going and you’ll see more rock outcrops and several beaver ponds as the trail descends to Keene. Keep in mind that traveling further downhill is optional, but going up is mandatory for those wishing to return the way they came, so plan accordingly. It’s possible to park a second car at the end of Alstead Hill Road in Keene to make this a nice, 3.5 mile downhill stroll.

Hunting for wildflowers is sure to work up an appetite. Why not head into Lake Placid for some dinner, then catch some entertainment while you're out?

In other ADK spring news:

Up close and wild