It was a warmer-than-normal winter, so I wasn't surprised to find myself on a hydrocycle last week.

I've tried a lot of mountain sports like snowboarding, butt sliding, and rock and ice climbing. I've marched for miles through the woods with 30 pounds on my back, I've done 18-mile day hikes, and I've paddled numerous waterways. But I'd never pedaled across a lake before. I headed to Mirror Lake Boat Rentals which is easily found at 2403 Main Street and the corner of Mirror Lake Drive Street - look for a dock filled with a colorful variety of watersport equipment.

A hydrocycle is basically a pair of pontoons that are powered through the water by a bicycle that's mounted atop them. There's a little more to it than that, but not much. All you really need to know is a hydrocycle is one of those weird human contraptions that doesn't need to exist. It isn't particularly efficient for traversing water, and if you have someplace to be in a hurry a hydrocycle won't help. But I think that's the point: It's perfect for spending a safe, leisurely day on the water. 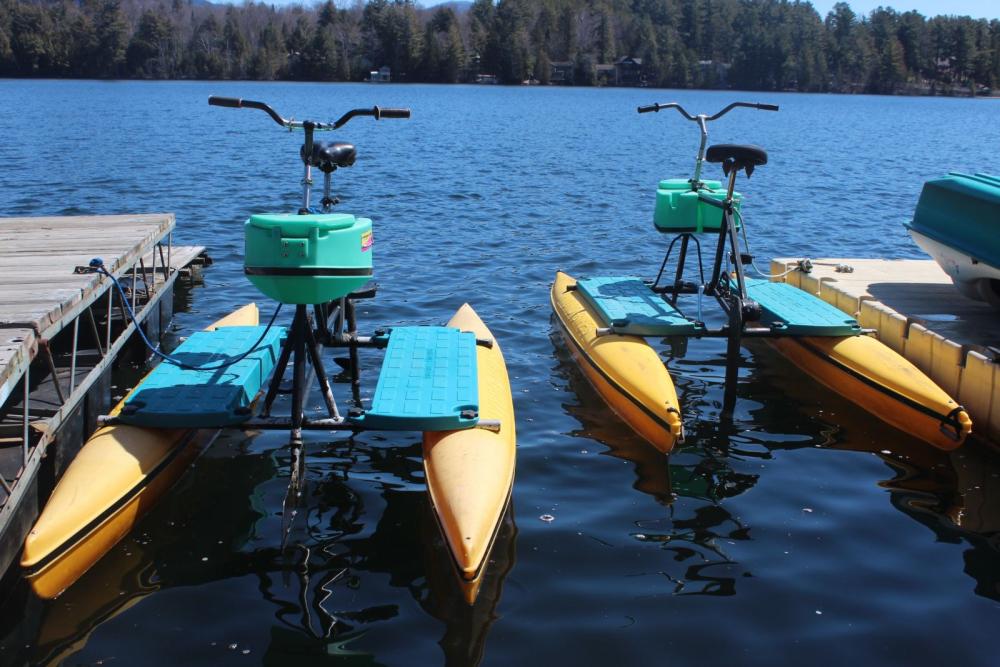 I mounted my aqua steed and immediately realized it would be nearly impossible to tip it over. That was good, as the water was still somewhere in the 30-degree range. Pedaling the thing was easy, although it didn't feel very productive. The propeller underneath these crafts doesn't have the same feeling of traction that a mountain bike has, so don't expect to dig into the pedals and go cruising across the water. It's all slow and steady. 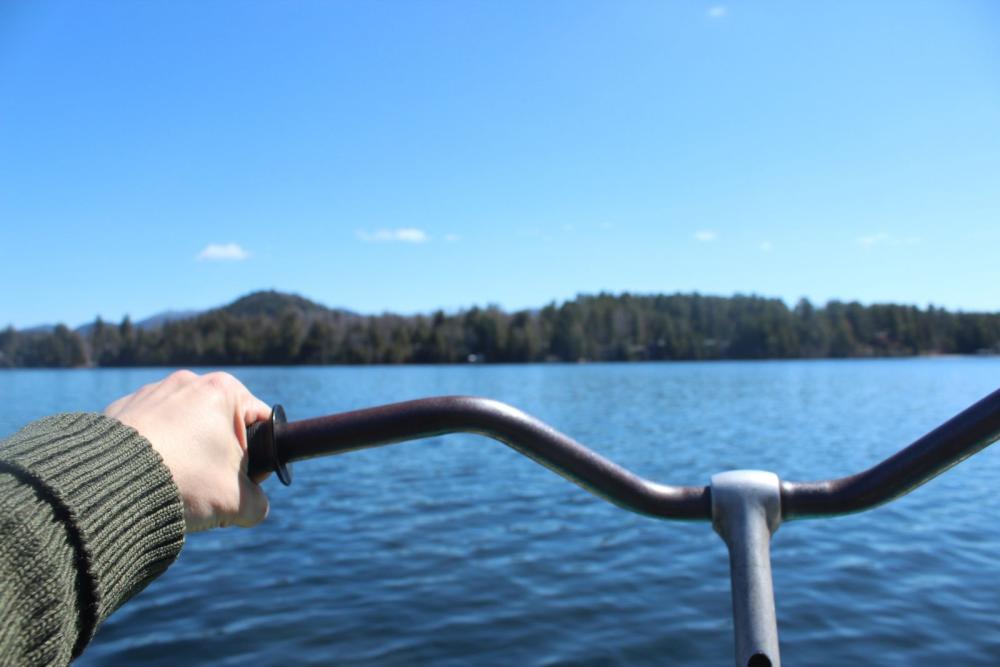 But that doesn't mean it isn't fun. I left the shore of Mirror Lake and slowly made my way toward the middle of the lake. The vantage point afforded by being on the open water is impressive. Not only are the surrounding mountains fabulous and rugged, there is also a real sense of elevation here. At one end of the lake is Whiteface, its sharp, snowy top jutting up from behind the shoulder of little Cobble Hill, another nice, leisure option that's nearby. The landscape from the water to the summit of Whiteface looks to be all uphill, and it is. But that isn't exactly the case looking south, toward the other High Peaks.

A number of mountains higher than 4,000 feet decorate the Lake Placid horizon. There's Wright, Algonquin, Colden, Marcy, Cascade, and the sheer slides of Gothics rising in the distance. Even though the tops of all of those mountains are much higher than Mirror Lake, there is a distinct and significant loss in elevation before the base of any of them is reached. On the water, it looks as if the village itself was built on the rim of a caldera. 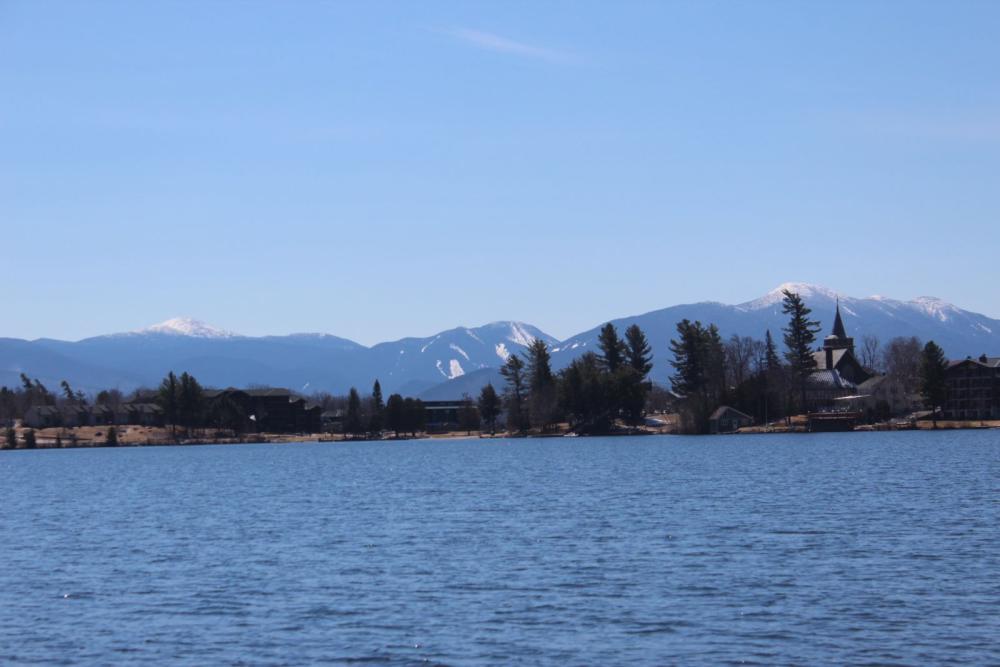 So, from my bicycle seat on Mirror Lake, there was a sense of floating in a large bowl that's part of an enormous staircase, the final gigantic step being Whiteface and the previous step leading down to the base of the other peaks. It's an amazing place, this Lake Placid plateau, and it's incredible how a change in perspective can make one see it in a whole new way.

I spent an hour pedaling around on the lake, admiring the scenery and the busy little strip of shops and restaurants that line downtown. Suddenly, the water seemed like an ideal place to watch a band performing at the Mid's Park bandshell. The only problem is those mountains — they tend to call my name, and it sure is distracting.

Our ADK news is making a splash this week:

Cool canoeing. And kayaking, too.