Peter Fish doesn't know how to stop being Peter Fish.

Between jokes that would keep any well-intentioned interviewer on his toes — "What brought you to the Adirondacks?" (Answer: "A car") — he spoke of his affinity for the Adirondacks. Something here grabbed a hold of him more than 50 years ago and never let go. He likes open summits, the islands of rock in the High Peaks that, as he put it, "make you feel like you're on a mountain." But there's more to it than that. Peter isn't a peak-bagging junky, hitting the trail just to tally big miles and big elevation gains. During his time working as a forest ranger with the state Department of Environmental Conservation, he helped craft new regulations that literally changed the character of some of the most heavily trodden trails in the Adirondacks.

Peter didn't do it alone, but it isn't inaccurate to say he made the High Peaks a better place, for both the mountains and for those who visit them. And to be fair, he did bag a lot of peaks along the way. He climbed the 46 High Peaks — those are the tallest in the Adirondacks— within a year of moving to the region, and said he stopped counting how many times he's climbed the highest mountain, the 5,344-foot Mount Marcy, when he got to 777. That's incredible.

Peter retired from the DEC in 1998, kind of. He's still out on the trails, sometimes in a kilt, and if you didn't know any better you'd think he was still on the job.

"I don't know how to see a log that's across the trail and not cut it away," Peter said. "I've got one waiting for me on Baxter as we speak. Tomorrow, I'll get it." 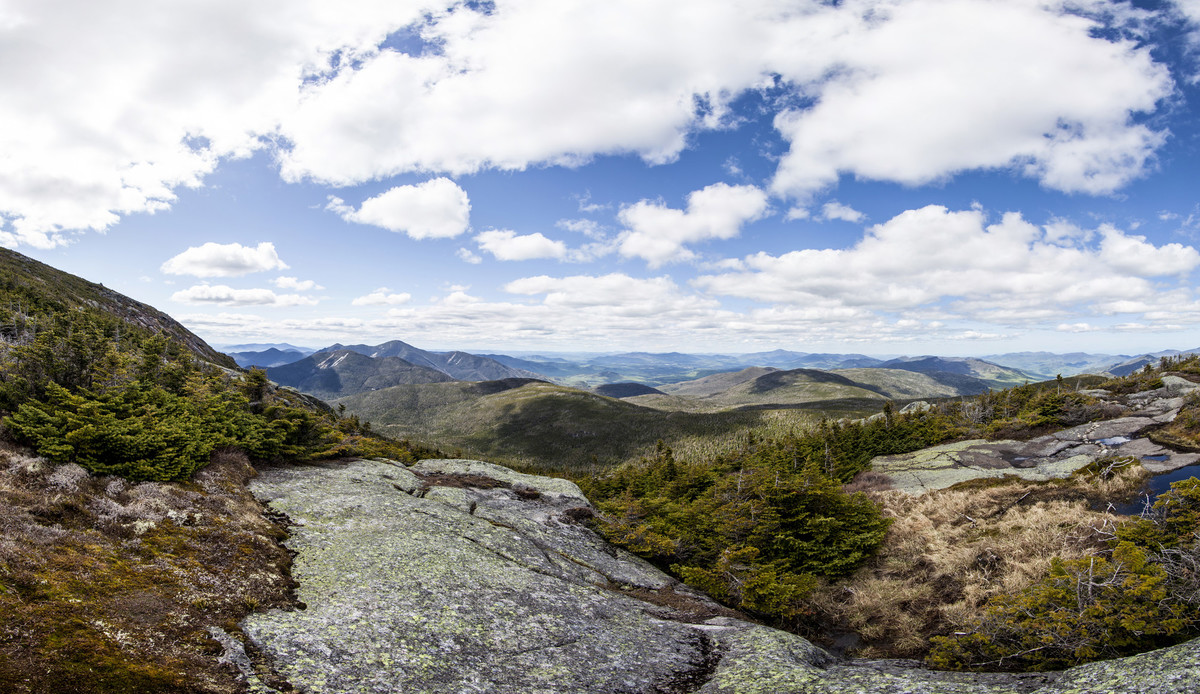 Peter was born in Rochester and grew up in Geneseo. He went to college in Hartford, Connecticut. While there he joined some friends in a winter climb up Monadnok Mountain, a 3,165-foot peak in southern New Hampshire.

"It's a dinky mountain but it had all of the attributes of a big one," Peter said. "It was a barren rock summit, the wind blew and the snow was deep. I was hooked."

It's hard not to fall in love with those landscapes — they're a stage for stunning views, but they're also difficult to reach. That last part didn't bother Peter, who started making regular trips to the White Mountains. Then he discovered Mount Marcy on a New York state map, and he decided he had to climb it. On July 4, 1959 he did just that, and frequent visits to the area soon followed.

Peter's path became more defined when he took a DEC forest ranger job in the Catskills in 1969. These days, local papers in the Adirondacks run regular reports about daring, cliff-hanging rescues performed by DEC forest rangers. Things were different in the 1960s. Rangers were primarily around to fight forest fires, not to educate or rescue hikers.

"I was the only ranger down there who hiked," Peter said. "They had a truck, and they held it to the road with their body weight." 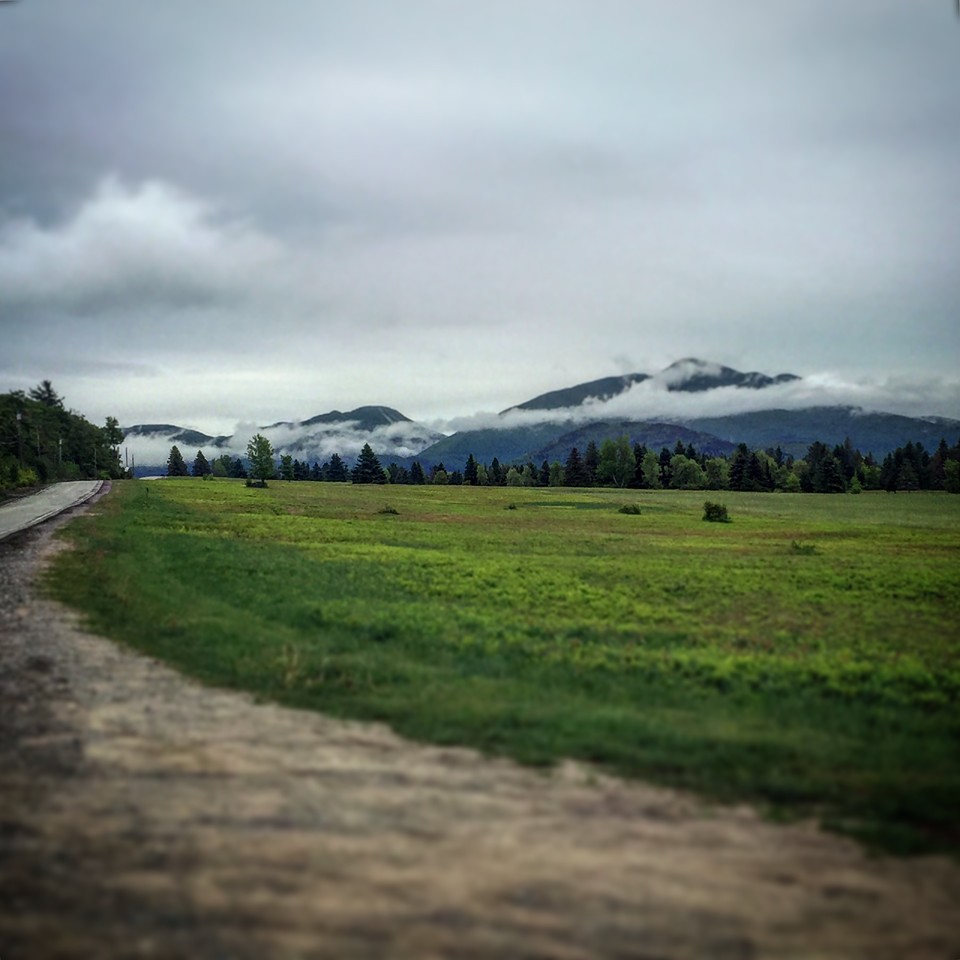 Peter always had his eyes trained on the state's northern highlands, so he put his name in for a job in the Adirondacks. When he was offered a new "wilderness forest ranger" position in the High Peaks, he took it and moved to the region with his wife, Ann.

Peter walked into a mess. The forest was littered with trash, the trails were widened by hiker traffic and the alpine vegetation — the low-growing tundra plants that only live on the highest mountains in the Adirondacks — was being trampled and was in danger of getting wiped out.

And then there was the camping situation. Peter described a free-for-all scene in which tents lined popular trails, like the Mount Van Hoevenberg trail up Marcy, and hugged shorelines and waterways.

"In '76 Marcy Dam was called Day-Glo City because there were tents everywhere," Peter said. "You just saw color all the way around the pond."

In Peter's mind that had to change, so he set out to change it. He crafted and got passed a new regulation which forbade camping within 150 feet of a waterbody or trail except at DEC-designated campsites. Rules are meaningless without enforcement, so that was the next step.

Peter likes to joke around with people, but there is also a serious side to him that's firmly rooted in conviction. He doesn't prescribe to an authoritarian approach and instead favors education, and he used that to get his message into hikers' heads.

To enforce backcountry regulations, Peter would tell people to correct their wrongdoings and explain why what they did was bad for the forest and for the experience of other hikers. If they didn't comply, he'd threaten to hike them out of the woods and into a courtroom, where they'd be fined. That usually worked. His approach was as simple as it was fair: Give people a chance to learn from their mistakes and they'll become better citizens who don't resent the role of forest rangers. The funny thing is, it worked. Garbage is a rare sight in the High Peaks, most camping is confined to specific areas and the trails look better than they did 40 years ago.

Forest rangers can tell people to move a tent, but they can't make people go into the mountains prepared. That's an ongoing struggle — there really are reports of backcountry rescues in these mountains every week — and it's one Peter has seen the unfortunate effects of plenty of times. Most of the time, people simply twist an ankle and just need help getting out of the woods. That's not a serious injury and it can happen to anyone, but being immobile in the woods while waiting for help can lead to life-threatening problems, especially hypothermia.

Peter has plenty of stories about good days that turned bad because people got lost or weren't prepared to handle a minor injury. Most survived; some didn't. Once again, education is his answer. He said every hiker should always have a space blanket, compass, map, flashlight, knife, matches and whistle with them, even on short hikes. That's a bare-minimum list that should be in every pack, along with extra non-cotton layers of clothing, food and a first-aid kit. (Check out this series of blogs for more info on proper layering.)

To this day, Peter still gives people advice on the trail if they look unprepared, and he still helps those in need. Last spring he came upon a trio of people on Baxter Mountain, and a man in the group wasn't feeling well. He was having a heart attack. No one in the group had an aspirin or a space blanket, but Peter did.

"When people are climbing a little mountain like that, they don't think of these things," Peter said. "You don't have to have a long fall, you just need to have a short fall and a hard plant, and there are plenty of places that can happen."

The legend lives on

Peter's last day on the job was in May 1998. Since then, he's become something of a legend in the Adirondacks, so much that a pair of his hiking boots are on display in the Adirondack Museum in Blue Mountain Lake.

The first time Peter became aware of his lofty status in Adirondack lore, he was participating in a wilderness education weekend at North Country Community College. On the bulletins for the event, he was listed as "the legendary forest ranger Peter Fish."

"I thought, 'Wow, this is neat. I'm right there with King Arthur because he's legendary too,'" he said. "I thought I really ought to know the finite of it, so I went to my dictionary and looked up legendary, and it said 'largely fictitious.' I loved it."

It doesn't matter if Peter's talking about a rescue, his Scottish heritage, wilderness ethics or church — jokes like that are sprinkled throughout the conversation like punctuation marks. He loves mountains, he loves people and he loves to laugh, and if you ask him, that's all you need.

"I haven't grown up," Peter said with a warm chuckle. "I never will."

This week in #AdkPeople news:

A Byrd, A Plane, & An Adirondack National Hero.