For prospective athletes, growing up in the shadows of Olympic venues, in a town famous for Miracles, can be scary. But also inspirational. Nina Lussi, a Lake Placid native, has been on skis since a very young age. No stranger to the thrills of going fast or hitting jumps, she has made a name for herself on the ski jumping world stage.

To celebrate International Women’s Day, we recently had the chance to chat with Nina about ski jumping and her experiences around the world. 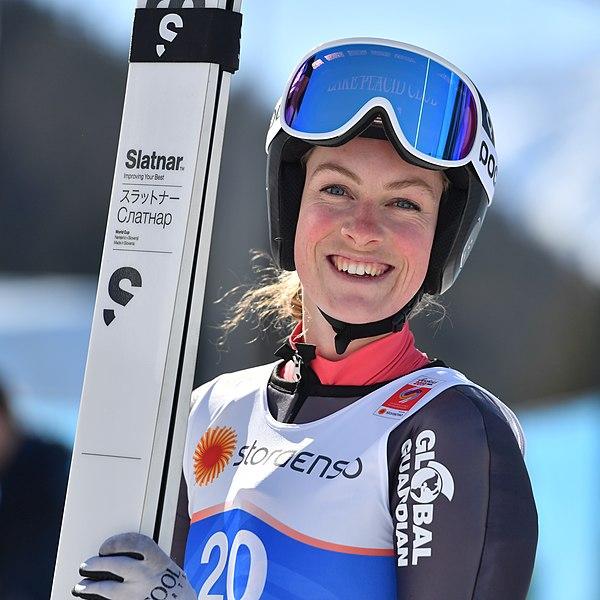 Let’s start from the beginning. What got you into ski jumping? Are there a lot of women in the sport?

NL: I started jumping right in my backyard in Lake Placid. I grew up in a skiing family and was basically on skis before I could walk. On the weekends I was a part of the New York Ski Education Foundation (NYSEF) ski racing program with my sister, but my brother was too young to join. He loved to ski fast, go off jumps, and ski in the trees. He was also 5 years old. My parents thought ski jumping would be a safe outlet for that energy, and I decided to come along to make sure that I was still better than him at everything. At that point, I didn't even notice the number of guys to girls, and I loved it from that day on. As I got older, and better at jumping, I started to see that there were fewer girls, but that did not deter me. I came up in the ranks at the right time. The first World Championships took place in 2009 and [ski jumping] entered the Olympics in 2014. Since then, the sport has only continued to grow. The World Cup circuit is stacked with the best females from around the globe, and has grown into a very competitive field, with growing international interest.

What challenges have you dealt with since starting a career in ski jumping? What motivated you to keep going after tearing your ACL?

NL: Ski jumping is a niche sport. Ski jumping in the United States is basically unknown. Balancing school and sport was one of my biggest challenges growing up. Once I started traveling internationally at 14, I knew that I was part of something special. That did not make it any less lonely, or easier to keep up with the curriculum while on the road. I ended up moving to Austria, alone, at 16 to go to a ski academy. This was a huge learning experience for me. Again, pretty alienating, but I forged friendships that will last a lifetime. Going to school in a different language was also quite a challenge. Now as a senior member of the U.S. National Team, a big problem we face is funding and support. Trying to keep up with the rest of the world, with a staff of one to fill all of the roles, is daunting. We are up against countries like Austria, Germany, and Norway where they receive government funding, and create a pipeline for athletes during their careers, as well as job prospects once they retire.

Going in to 2018, I was jumping better than ever, and when I tore my ACL at Olympic Trials I was devastated. But even as I was going to get the MRI, I knew this was not how my career was going to end. I want to reach my utmost potential, and leave the sport better than how I found it. Right now that means training hard, finding the right people to help me on my quest, and serving as a mentor to the next generation. 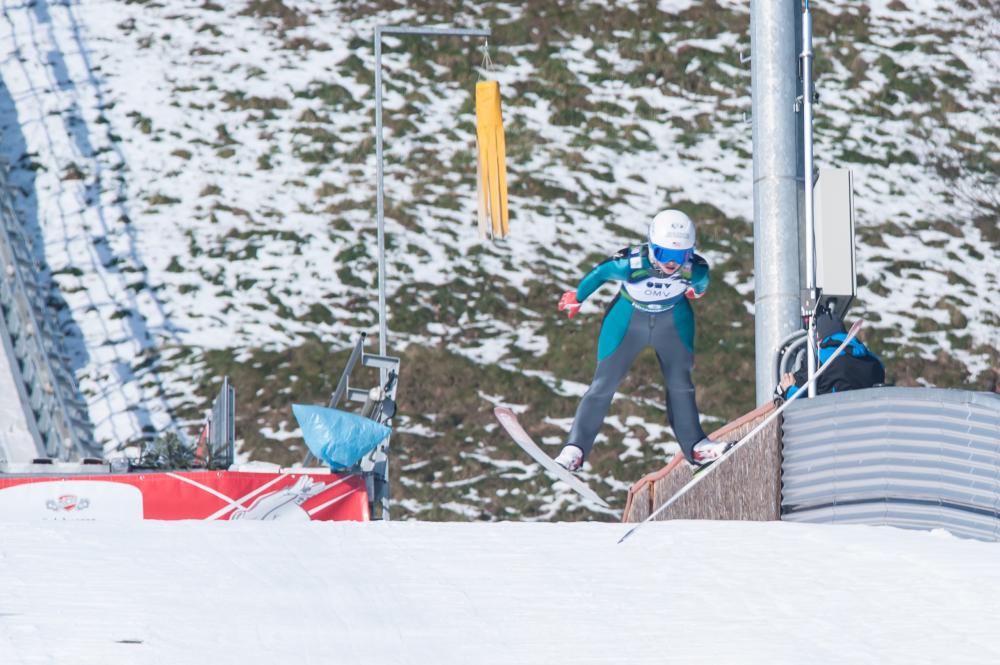 Women’s ski jumping was only added to the Olympic roster in 2014. What does it mean to you to be able to compete in the field?

NL: I did not start ski jumping with the goal of going to the Olympics. I started it because I love the sport in the purest sense. I love the speed, the thrill, and, of course, being able to fly. That being said, representing America at any Olympic Games is the pinnacle of sports. The Olympics are more than just a competition, but a gathering of those who have gone through a lot of the same struggles as you across so many different disciplines.

It’s no secret Lake Placid is famous for its Olympic legacy. How has growing up in that environment influenced your competition?

NL: I grew up knowing about the Olympics, seeing the Rings, training at the OTC (Olympic Training Center), and playing soccer and running track in front of the Olympic Torch. All of these things are a part of it. I marched in the parade for Andrew Weibrecht’s 2010 Olympic medal, and love the Olympic village and all that it stands for. The community feel of Lake Placid is a thing I draw strength from even now in my career. Coming home and being “recognized” and encouraged means the world.

What has been your most memorable event?

NL: Of course, the Olympic Trials in 2018 was a highlight … until it wasn’t. But then after the whole rehab process and struggle to get back to where I was, qualifying for the 2019 World Championships was a huge moment for me. My grandparents, mom and dad, cousin and aunt, all made the trip from Lake Placid to Seefeld, Austria. To share this moment with them was truly memorable. I did not have the best jumps of my life, but to come into the huge crowd at the bottom of the hill after it was over to find them was so special. 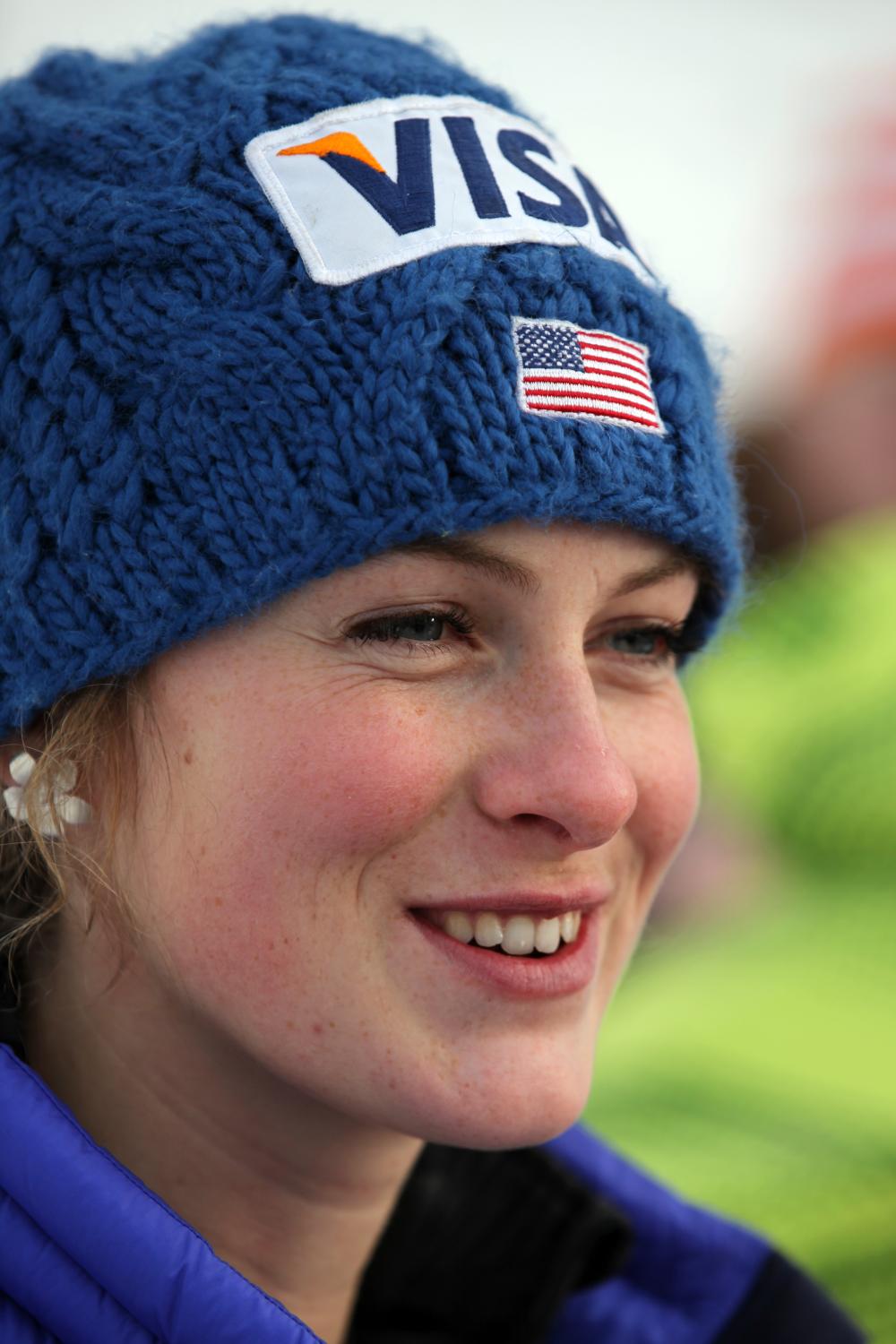 How would you encourage more women to try new sports? What would you say to young women who are interested in ski jumping?

NL: I think that women should stop worrying about being female and being “bad” at something. When I started jumping, I did not care that it was a male dominated sport. These guys ended up teaching me more than swear words and dirty jokes; they taught me tough love and the importance of thick skin. At the end of the day, these guys are still my friends, and the type of people that even if you don’t see each other for a year, the jokes flow easily. We care about each other like a family.

I am not going to pretend that ski jumping is for everyone. But as you know, I was ready to drop everything for this sport, so clearly there is something to it. The only way to know is to try. The ski jumping community is so special, and to be a part of it has changed my life. So just try it!

What women inspire you?

NL: Growing up, I looked up to Lindsey Van and Daniela Irashko as pioneers in the sport of ski jumping. Lindsey and Daniela are now friends, and mentors. I am inspired by women who stand up for what they believe in. It was very powerful to see the impact of the U.S. Women’s Soccer Team and their effect on the world during the World Cup this past summer. I look to Maria Sharapova for entrepreneurial inspiration as an athlete, training, competing, and simultaneously creating a marketable brand and candy line. Outside of sports, I really admire the work of model Karlie Kloss. She has graced many covers of Vogue, and walked in all of the major fashion weeks, but also created a program called Kode with Klossy, a free coding camp for girls aged 13-18.

We’ve come a long way in gender equality, especially in a sports world traditionally dominated by men. The theme for International Women’s Day in 2020 is “I am Generation Equality: Realizing Women’s Rights.” What does that mean to you?

NL: When the word “feminist” started being thrown around, I did not feel like that was me. But that’s the thing. Feminists aren’t radicals. Feminists are people who believe in EQUAL rights. This is something I never questioned. I grew up with strong women around me, seeing women in management positions. I watched my mom manage our family finances and my grandma balancing out my grandpa in their business. I am Generation Equality. Tell me I am not able to do something and I will do it even just to prove you wrong. Sometimes you have to create a space for yourself, but I have learned that if you present your ideas or visions clearly, and in a thought-out manner, chances are you are going to get a chance. By realizing women’s rights, you are filling the space you are creating, and providing spaces for the next generation. 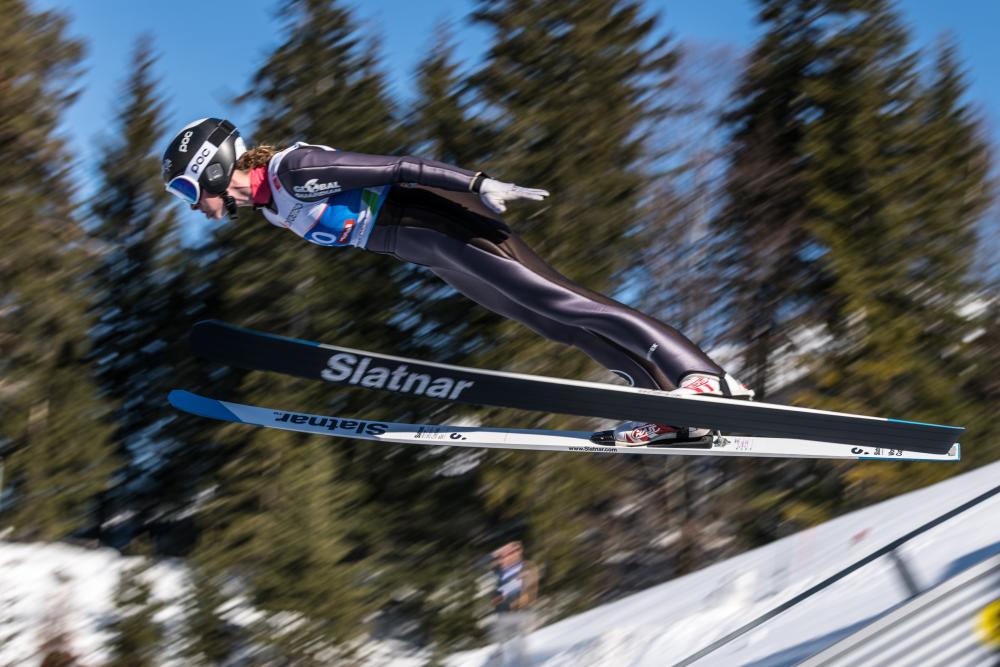 International Women’s Day means different things to different people around the world. Some places celebrate womanhood. Some places focus on activism. I'm sure you've met a lot of encouraging and inspirational women in your travels. Has growing up in Lake Placid, and also having the opportunity to spend significant time abroad, maybe changed your perspective on International Women’s Day?

NL: Lake Placid created an environment where I never felt limited in any way because of my gender. I am only able to say this as a reflection because at the time I just thought this was the way of the world. I think the size of the community helped. Since our classes weren’t very big, if someone wanted to play a game of pick-up soccer or hockey, of course the girls were invited, too. I remember nearly the whole school coming out to Plattsburgh one cold night in the fall to watch the girls varsity soccer team at sectionals. I was pulled up from modified for the game and was so nervous, but I thought it was so cool to have the senior boys cheering for us. When I went to school in Austria and wanted to play in the annual soccer tournament, one teacher asked if I was going to be a cheerleader. This was the exact opposite of what I grew up with, and had not given it a second thought until this point. Living in Slovenia has also exposed me to more “traditional” views. I will credit Lake Placid and its women with raising me to not even question what women can and can’t do. It took me leaving and living in other cultures to realize that some things I had taken for granted are not yet universally accepted. Women do belong in business. Women can be coaches. Women can be leaders. Women can be respected.

What is your favorite thing about Lake Placid? Is there anything you especially miss when you’re overseas?

NL: On a lighter note, Lake Placid is still my favorite place in the world. I do not miss the -30 degree mornings in the winter, or the rain storm that follows a week later. I love how close everything is. I love trying to cram all of the activities into the few days that I am home. A perfect day starts with an early morning water ski on Lake Placid, followed by breakfast with my grandma, followed by ski jumping training/golf/tennis/yoga/hiking/mountain biking. I love running into people at the grocery store that I have not seen in years. I love the local yoga studio. I love training at the OTC and remembering how far I have come. I am especially excited about the newly renovated ski jumps as this will now allow me to spend more time at home training. OK, my mom’s home-cooked meals are pretty great as well.

Lake Placid is the perfect destination to experience sports history. Visit our Olympic venues: skate on the Olympic Oval, ski at Whiteface, visit the bobsled run, stand on the top of the ski jumps. If you’re craving one of mom’s home-cooked meals, head down to Main Street. From ski jumping to comfort foods, Lake Placid has it all.

Inez Milholland: Forward out of darkness

Andrea Kilbourne-Hill: From the Adirondacks to Olympics and back