In a few months when the 2018 PyeongChang Winter Olympics open, a surprising number of U.S. athletes will be from the Lake Placid area, from biathletes and skiers to bobsledders and lugers. With an Olympic Training Center and over 100 years of winter sports competition, the tiny village positively oozes Olympic spirit.

The first thing most visitors notice (other than the beautiful scenery, fresh mountain air, and quaint downtown) is Lake Placid’s diminutive size. We have 2,600 residents and one main thoroughfare. People often shake their heads and wonder, “How did they pull off an Olympics?” 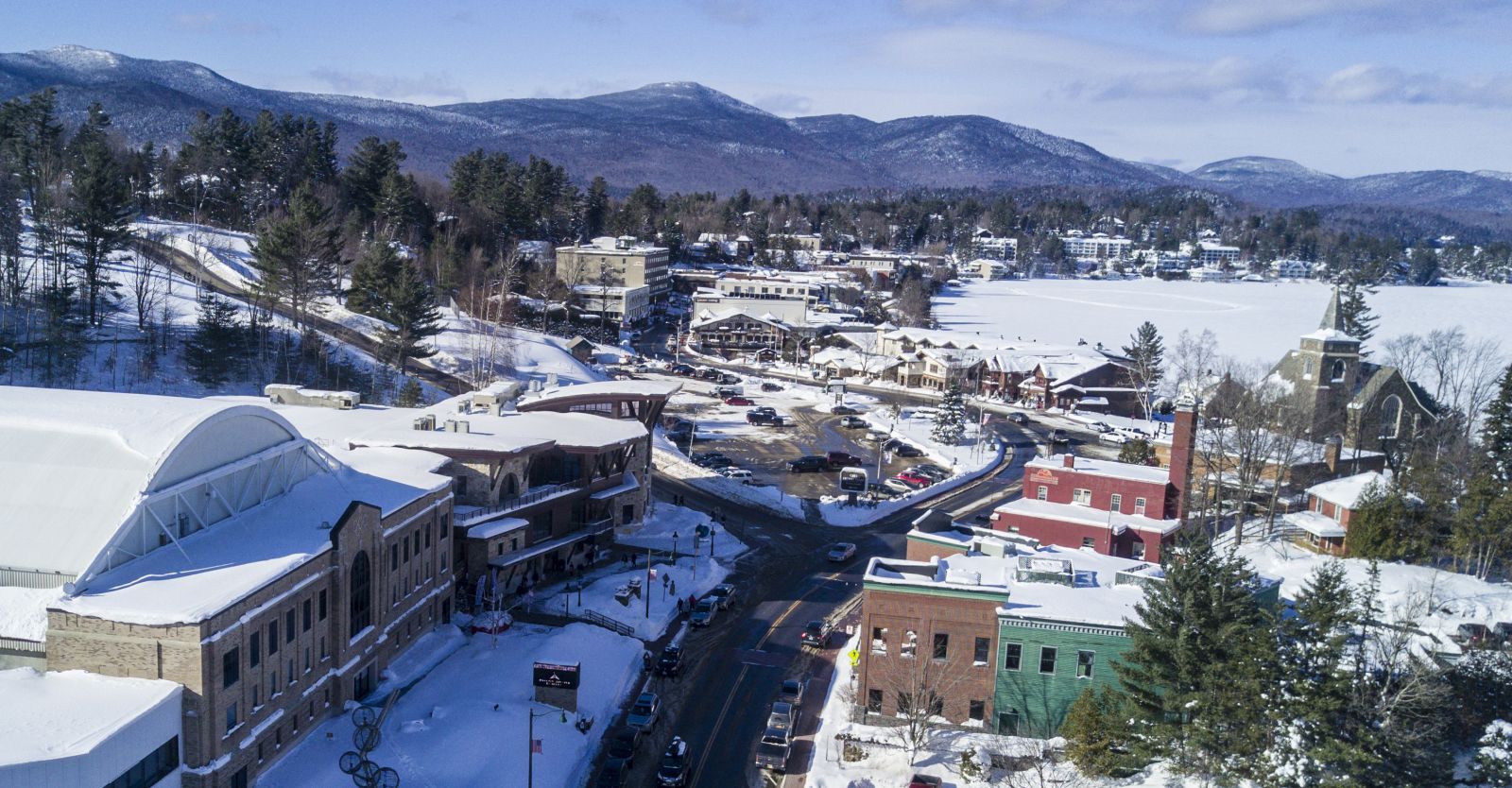 But we did. Twice, in fact, in 1932 and in 1980. You may remember Miracle on Ice, that huge hockey match that pitted our amateur, fledging hockey team against the Soviet Union’s polished, hardcore one. And we won! Against the odds! The moment is considered by Sports Illustrated to be the number one sports moment of the century. I was four years old and about a 1/2 mile from the Olympic Center at the time, but I can recall the moment when the crown erupted in the stadium; the sounds reverberated throughout the region and into my bedroom. I still get chills thinking about it.

Since then we have not rested on our laurels, and we continue to be an incubator for Olympic athletes, sending Olympians to every modern Winter Olympics. We also continue to welcome the world via World Cup competitions and other large-scale sporting events.

If you don’t have a plane ticket to PyeongChang, but want to experience the spirit of these international games, I recommend you come visit. Lake Placid affords you the opportunity to be an Olympian for a moment, and encircles you in all the pageantry associated with the Games. It's the perfect holiday gift - bring the whole family and explore our history!

For the serious pretend athlete

We offer Olympic experiences of all levels. For those who want to know what it feels like to be an Olympian, we open up the boblsled run for rides. When not in use for competitions, the public is allowed to take a bobsled ride down the combined bobsled/luge race track. A professional driver is at the helm, and a brakeman controls the sled. Riders bob and weave though the sharp turns Olympians know well. This 50-second, brain-rattling ride will leave your knees wobbly and your face frozen in a smile. 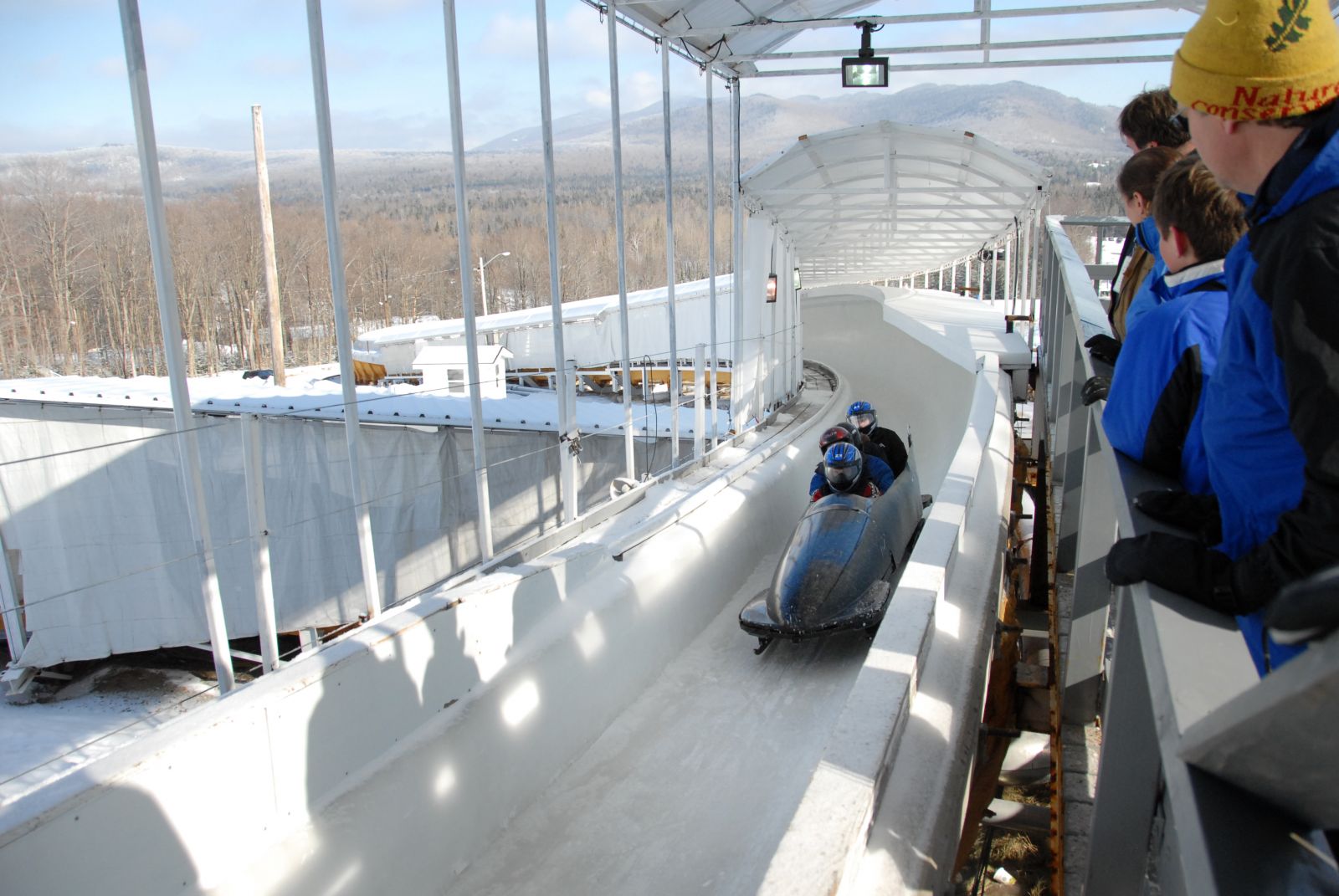 Biathlon is the sport that marries cross-country skiing with rifle shooting, so these athletes must have great stamina and precision. Lake Placid is one of the few places you can learn about it and "be a biathlete."

The program includes a ski lesson and training in rifle marksmanship. Bullets and ski wax…what a combination. 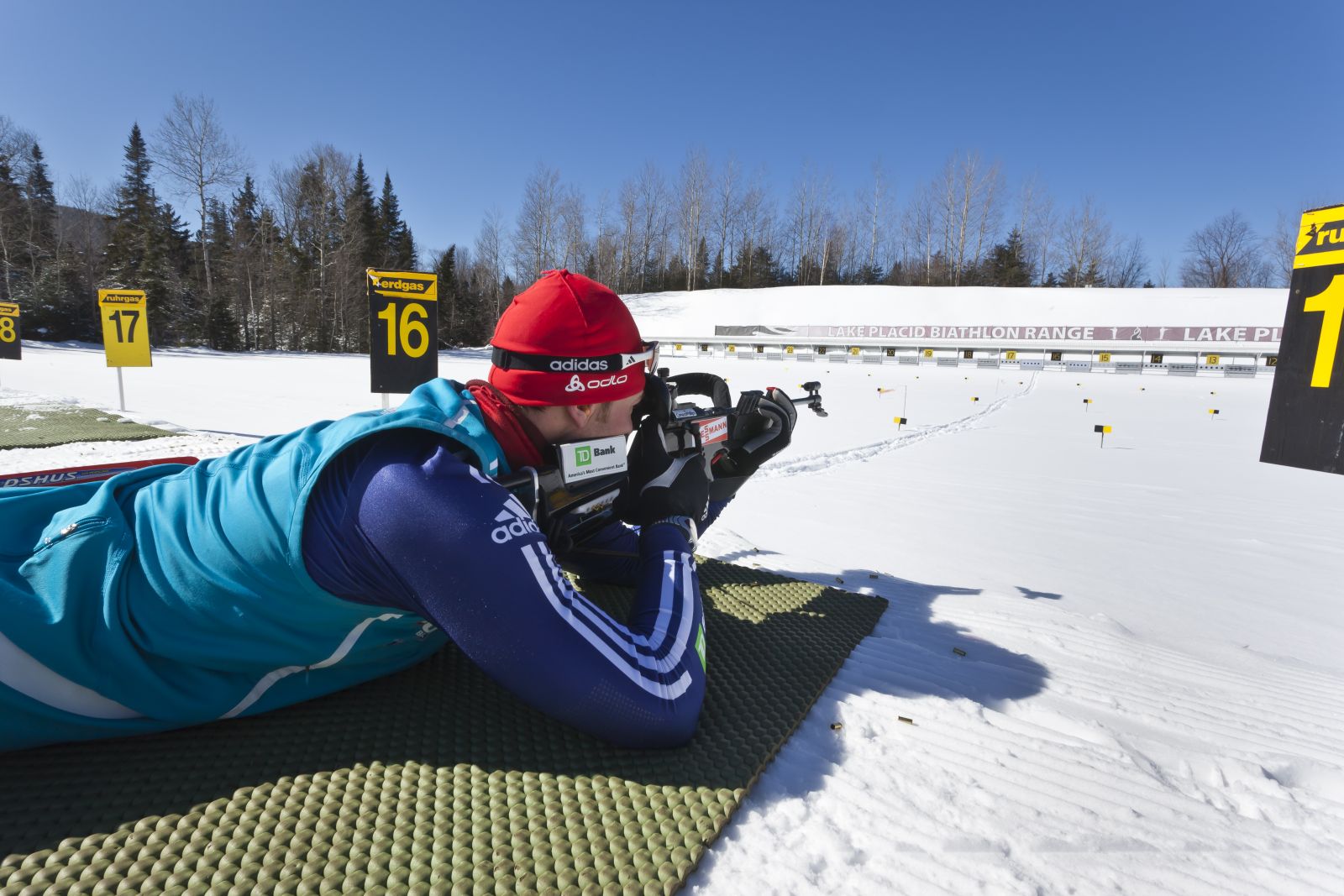 For the active Olympic fan

Want to immerse yourself in the Olympics while getting a workout? Try downhill skiing at the site of all the 1980 downhill ski events: Whiteface Mountain. Located nine miles from Lake Placid, the ski center has 86 trails for all abilities and expansive views of the surrounding Adirondack High Peaks. Cloudspin and Skyward, host trails of the women’s and men’s slalom and giant slalom events at the 1980 Olympics remain, as do some of the wooden timing sheds erected at the finish lines. 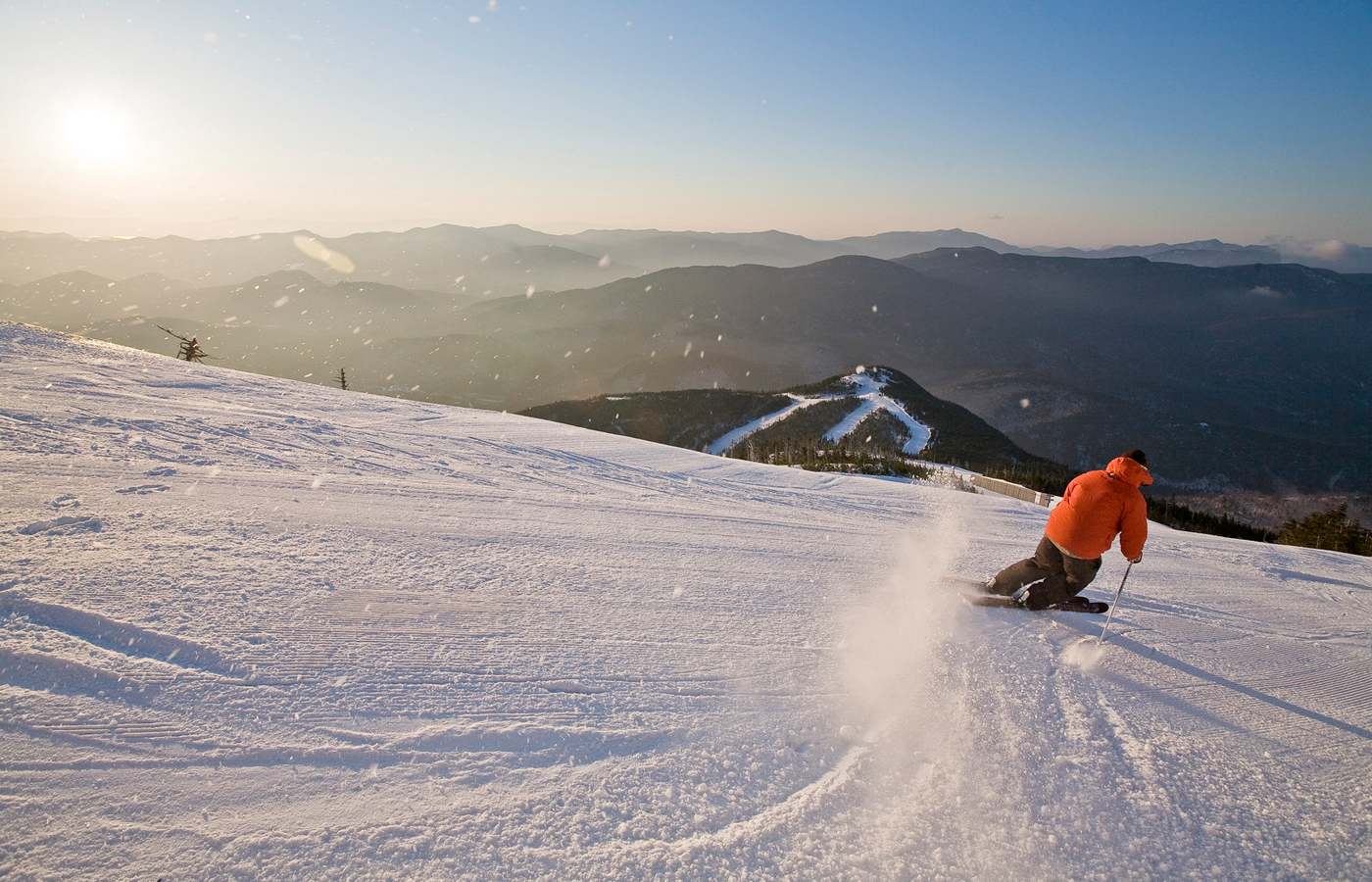 Both the 1932 Olympic rink and the 400-meter speed skating oval where the American Eric Heiden won five Olympic gold medals welcome us amateur skaters. Lace up those skates and start practicing your triple axels. 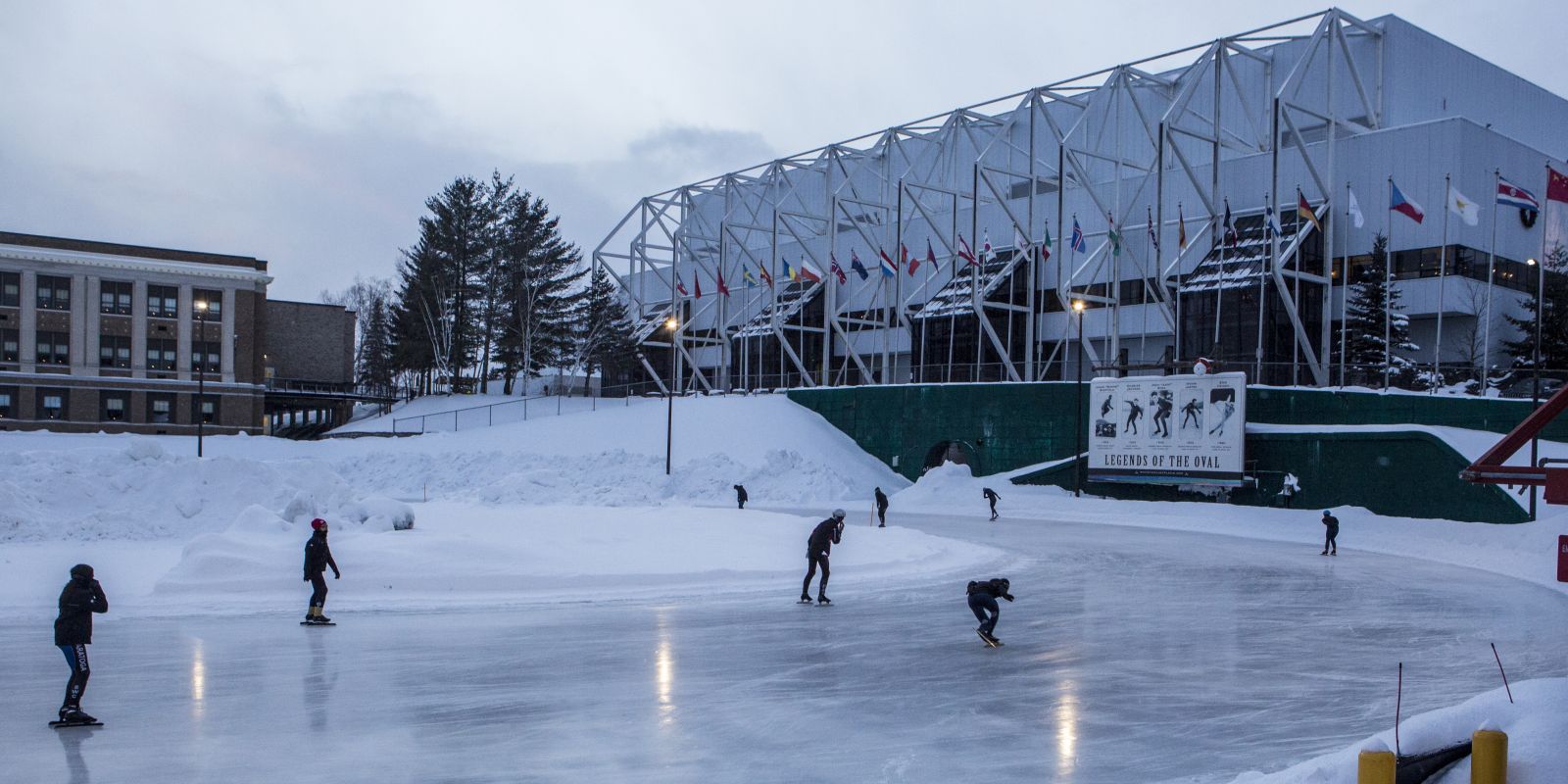 At Mount Van Hoevenberg, the site of the 1980 cross-country skiing events, glide on miles of groomed trails that wind through tall white pines and sparkling streams. Last year a Snowfactory machine was added that augments the natural snowfall with man-made snow. 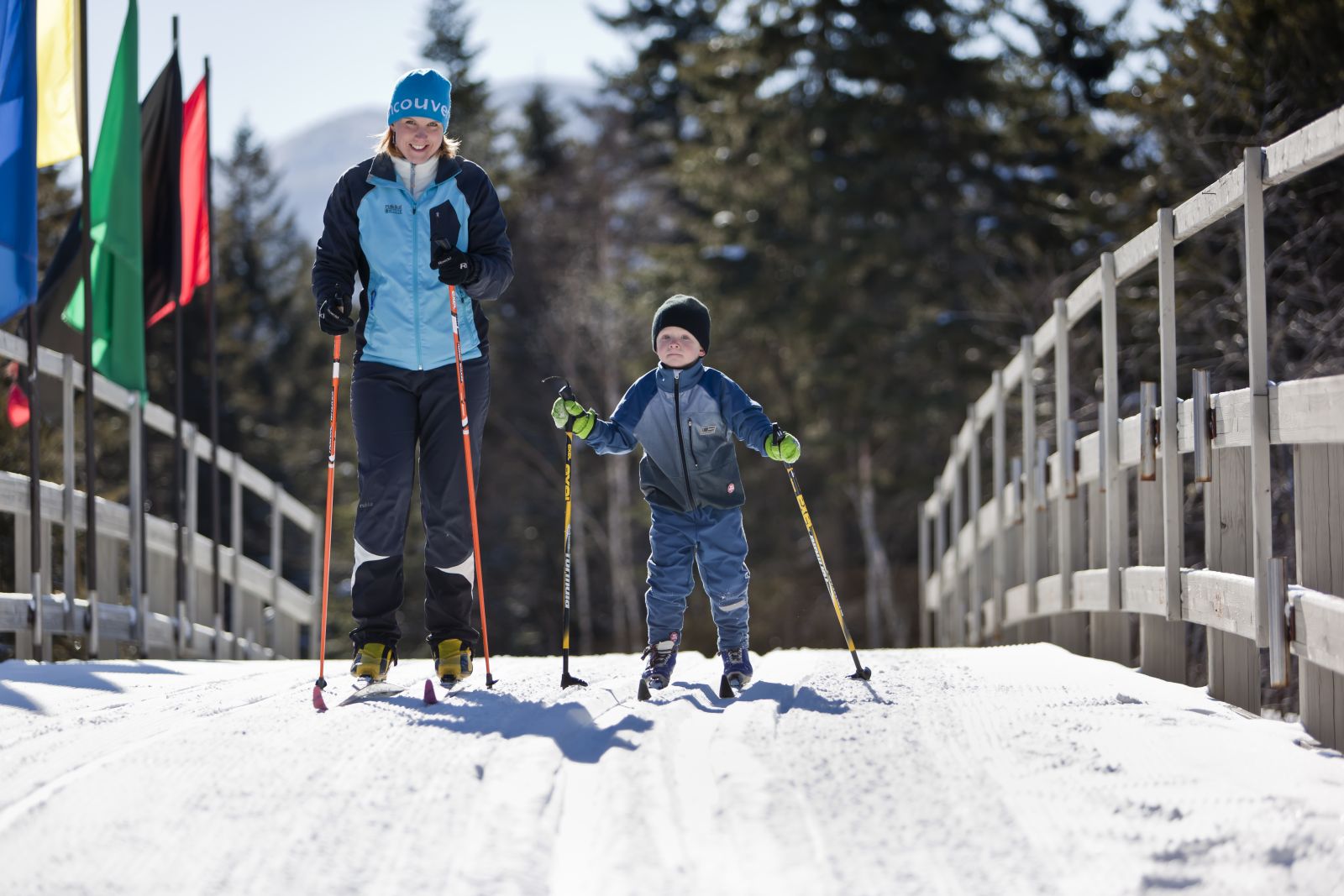 For the spectator at heart

The Lake Placid Olympic Museum is chock-full of cool memorabilia from past Winter Olympic Games, from authentic uniforms worn during opening ceremonies, torches used in several Games, a complete history and video on the Miracle on Ice hockey game, to skating costumes worn by three-time Olympian Sonja Henie. It really is an impressive collection of Olympic artifacts from the 1932 and 1980 Winter Olympic Games. 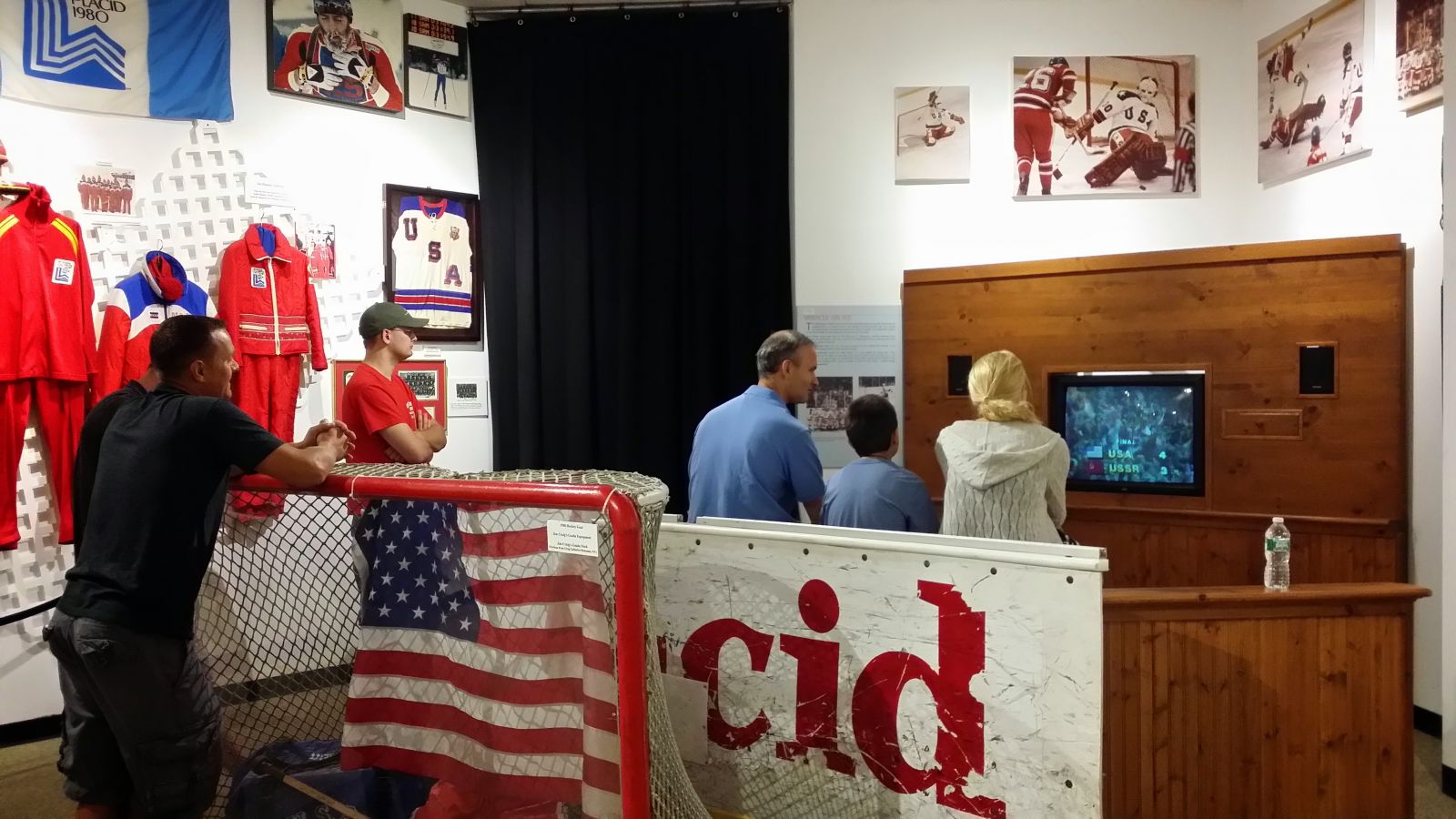 After the museum, walk upstairs to the Herb Brooks Arena, named after the 1980 U.S. hockey team's coach where the Miracle on Ice game occurred. Although the rink is used frequently for ice skating and hockey competitions, its history is palpable. I can still smell the sweat and perseverance and feel the excitement from that moment 37 years ago. A visit to the Olympic Ski Jumps will offer an expansive view of the surrounding mountains from 26 stories up. An elevator whisks you to the top of the 120-meter jump to an observation deck next to the top of the takeoff ramp for the jumpers, who launch themselves as far as a football field. 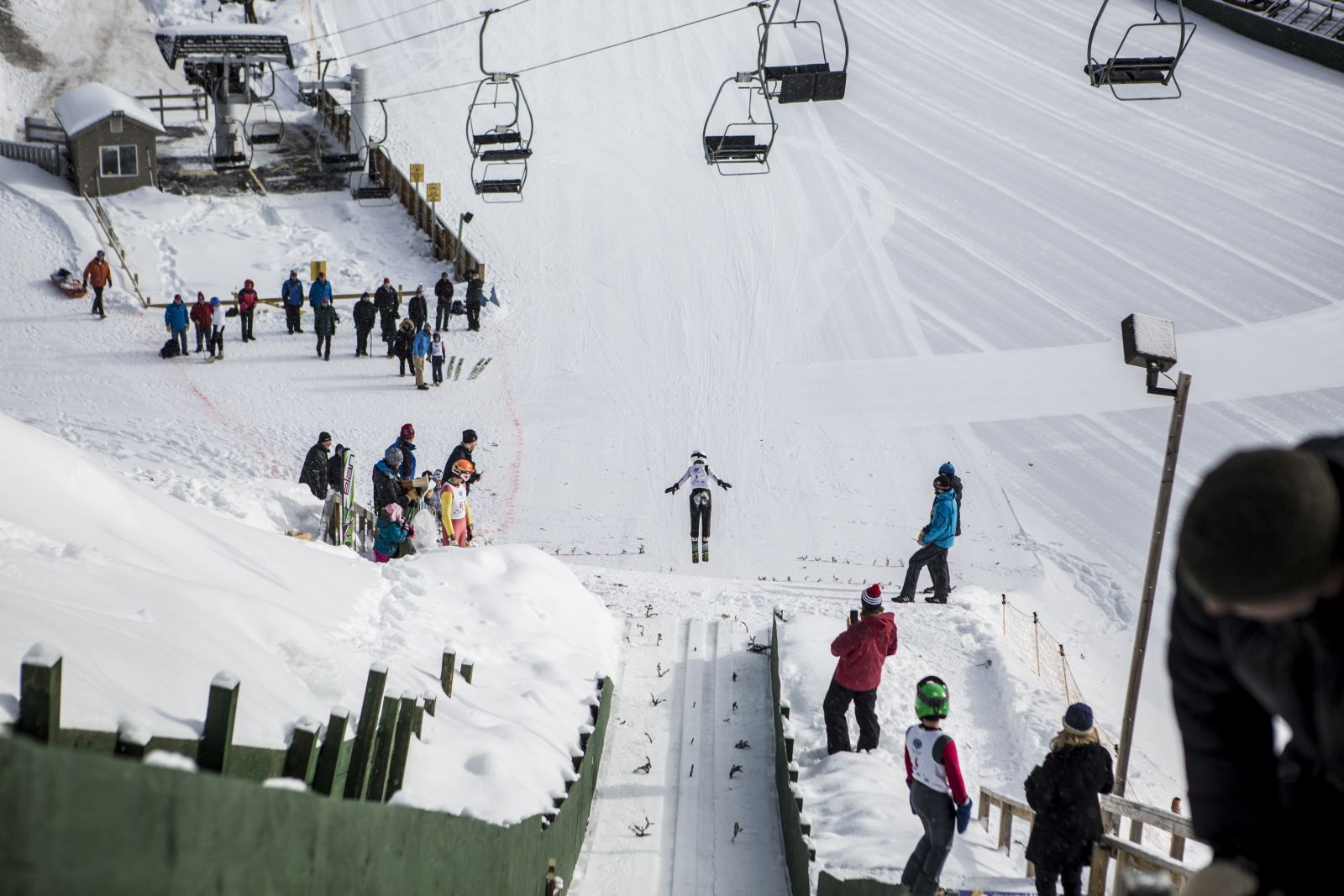 If you like watching Winter Olympic Sports on TV, imagine the thrill of watching a live international competition. This year, Lake Placid is hosting several world cups and many other sporting events.

I’ve given you plenty of activities to choose from - too many to complete in a day. I would suggest staying here for a long weekend and really soaking in the pageantry as you relax in our beautiful town. Welcome!

Party of the year!

Down for the holidays

The gift of experience