Melvil Dewey, we were JUST talking about you.

Actually, in the context of promoting Lake Placid, adirondacks, usa, I talk about him all of the time, as he is the person responsible for our destination being able to proudly claim to be “America’s First Winter Resort."

Though people have been vacationing in Lake Placid in the warmer months since the late 1800s, residents and visitors have been playing in the snow in Lake Placid since long before it hosted the 1932 and 1980 Olympic Winter Games.

The community’s winter sports history began with Melvil Dewey, who owned the Lake Placid Club. Dewey imported winter sports equipment to Lake Placid from Europe in the fall of 1904 and for the first-ever winter season, opened the Club for lodging and outdoor recreation. America’s First Winter Resort was thus born and still thrives today.

A Lake Placid News article dated January 23, 1914 refers to Dewey in the context of his advocating a “winter pleasure resort believing that a great future was destined for Lake Placid in that direction, if rightly started and properly conducted.” And the winter association goes on. Melvil’s son Godfrey Dewey drove the effort to secure the bid for the third Olympic Winter Games, which were awarded to Lake Placid in 1929.

Not to skip right to the end, but Dewey died in 1931. The Lake Placid Club remained active for many years after Dewey's passing, but membership began declining after 1971.  The Club finally closed its doors right after serving as headquarters for the International Olympic Committee for the 1980 Olympic Winter Games.

During the 1990s, the Club buildings sustained a number of fires, and eventually, the last buildings were demolished in 2002.

Today, the Lake Placid Club land is owned and operated by the Crowne Plaza Resort and Golf Club, and includes 45 holes of golf spectacular Adirondack golf. Trust me; it’s spectacular. 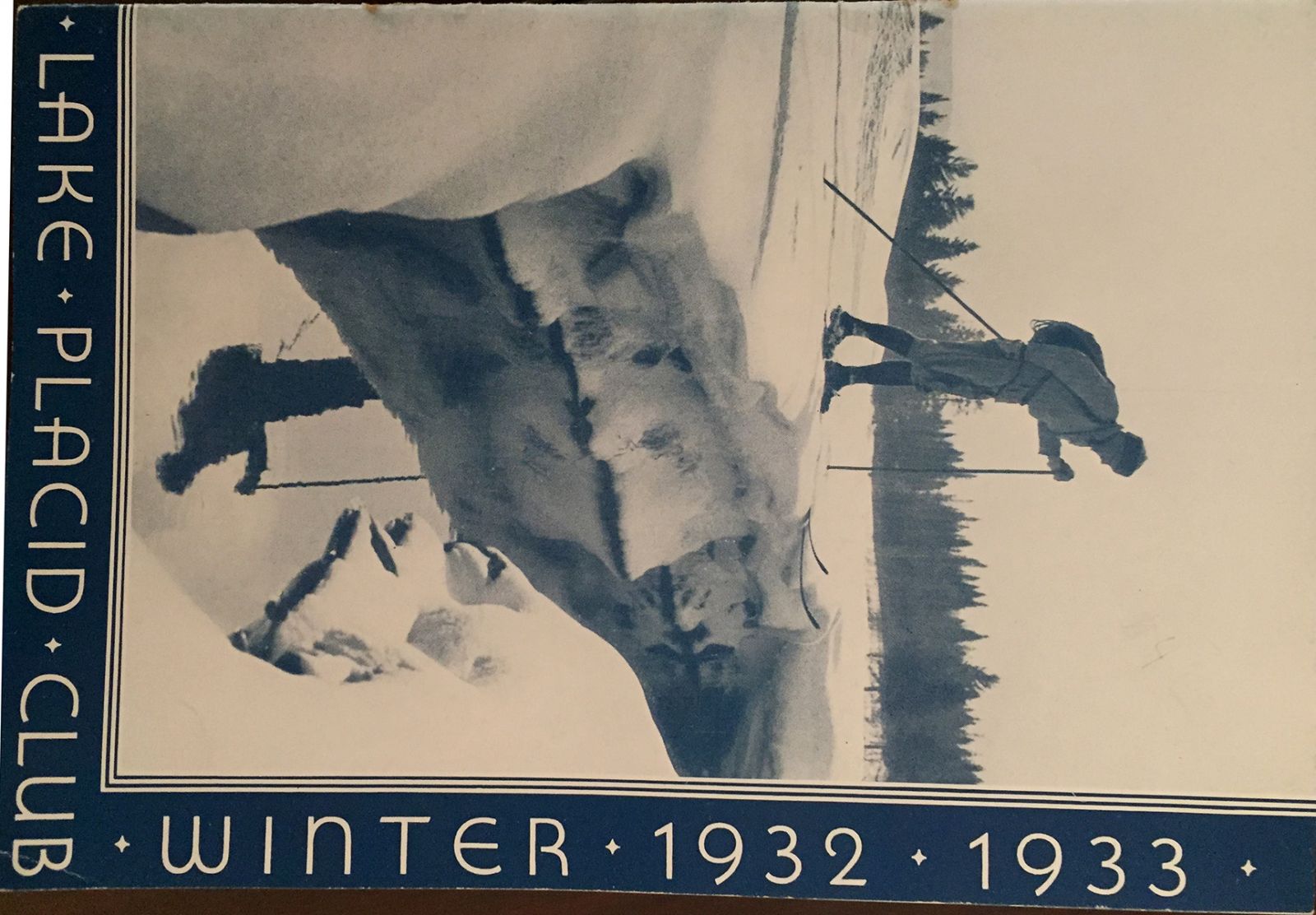 ALL IN THE FAMILY

Forgive my skipping around the timeline, but this guy was famous for several reasons - and they all tie back to Lake Placid in some way.

In 1926, Dr. Melvil Dewey moved to Florida to establish a new branch of the Lake Placid Club. He renamed the town of Lake Stearns, Florida, Lake Placid, Florida in 1927.

The Lake Placid Club was founded later in his life, though.

Of course, outside of Lake Placid, Dewey is widely known for inventing the Dewey Decimal Classification System, a method he developed in the nineteenth century, and first published in 1876, to classify and shelve items by using numbers to represent subject content - a system that is used in 200,000 libraries around the world.

That was a big year for libraries and Dewey was in on it all. That year, Dewey attended the first meeting of the American Library Association, whose aim was to “enable librarians to do their present work more easily and at less expense.” Dewey was also instrumental at the New York State Library as he developed a part of the library collection specifically for children, created the job of a librarian dedicated solely to reference materials, and spearheaded traveling libraries to serve communities without access to public libraries - all in 1876.

We were talking about him recently in this context, too. The Conference Center at Lake Placid welcomed more than a thousand members of the New York Library Association (NYLA) at the 125th Annual NYLA Conference and Trade Show in October 2015 in Lake Placid, N.Y.

I won’t tell you how much time I spent trying to come up with the Dewey Decimal number for “Travel to Lake Placid,” but I’ll admit that it was substantial and that I was unsuccessful.

Any story about Dewey will have to include mention of his racist/bigoted leanings. So here’s a short reference to that.

His contributions to the library world were substantial, but according to the internet and many, many Club documents and anecdotes, he was also, shall we say, closed-minded. In fact, in 1904 the New York State Board of Regents received a petition demanding Dewey's removal as State Librarian because of his personal involvement in the Lake Placid Club's policy of excluding Jews and other religious and ethnic groups. The Regents declined to remove him, but they did issue a public statement, and in the summer of 1905, Dewey resigned from the post.

I borrowed a biography about Dewey from a colleague, and tucked inside the cover found a pamphlet from the winter of 1932-33 at the Lake Placid Club. In the back, there was information about membership. Anyone who wanted to become a member of the Club was either introduced or recommended by an existing member and had to spend time as guests or associates first. And all members had to meet specific “social requirements.” We know that wasn’t a reference to their table manners.

DEWEY OR DUI NOT?

Though it has been updated to more accurately reflect my professional experience now, my bio on some of my personal accounts used to say merely that I’m “a good speller.”

He’s not here, but I’m sure that Dewey would disagree.

Dewey was born Melville Louis Kossuth Dewey. As a young adult he advocated spelling reform, changing his name from the usual "Melville" to "Melvil," without redundant letters, and for a time changed his surname from Dewey to "Dui."

On March 13, 1906, (the next day, obviously), The New York Times editorialized in support of the Simplified Spelling Board's efforts, noting that 90% of English words are "fairly well spelled," but that "a vast improvement could be effected by reducing to some sort of regularity the much-used tenth that makes most of the trouble." 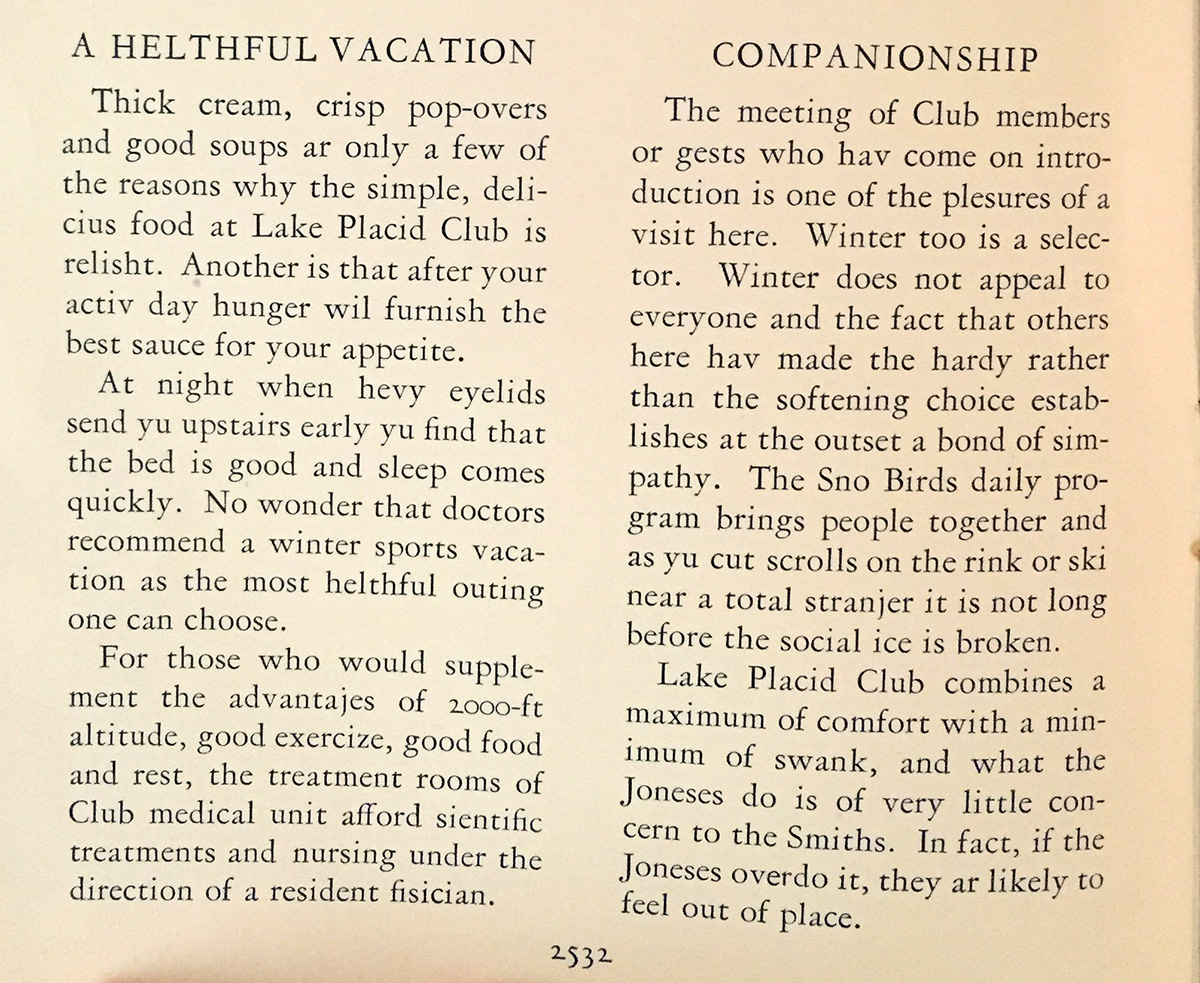 As a self-declared good speller, I can see the value of dropping a few extra letters and inconsistencies in the English language. Here are some of my favorite spelling solutions from the Handbook of Simplified Spelling.

And to see it in sentence form, here is a sample from the Handbook; a section called “Fonetic Goal”:

“The Simplified Spelling Board has put itself on record as recognizing that the ultimate goal of the movement is, and must logically be, a fonetic alfabet with enuf letters to represent, at least approximately, each separate sound heard in the standard English speech. By "standard English speech" is ment English as spoken by those whose training and scolarship entitle them to be considerd as authorities on the subject ; and among whom whether American, British Insular, or British Colonial there is substantial agreement. This standard pronunciation is recorded, likewize with substantial agreement, in the leading dictionaries by means of various "keys to pronunciation." These "keys" ar, in fact, fairly accurate, tho inconvenient, and in only one instance sientifically simple, schemes of fonetic notation.”

The most visible remnant of Dewey’s simplified spelling remains the name of the Adirondack Mountain Club’s Adirondak Loj. Once part of the Lake Placid Club property, the name has remained spelled this way to this day.

Though I agree that some of the simplified spelling rules make sens (see what I did there?), I wonder if we haven’t already incorporated some of those concepts.

Was Dewey way ahead of his time? Maybe Simplified Spelling was the precursor to arguably the primary mode of conversation today. (Perhaps I should consult with a librarian.)

In closing, then, IRL, LQTM.

-Kim Rielly is the director of communications for the Regional Office of Sustainable Tourism, and a mediocre speller.

In related Fame In The ADKs news:

No joke. Will Rogers has seen its fair share of famous entertainers.

A star-studded past with more stars on the horizon.

Lighting the way for the rich and famous.

Synonymous with opera, art, and the silver screen.