A bushwhack in the Sentinel Range

It had been a few years since I played around on Notch Mountain and I decided it was time to go back. Notch Mountain cannot be found labeled as such on any map, but as a rock climbing destination it has gained that name.

Leaving very early in the A.M. a few days back for our weekly drive to Lake Placid we managed to stay between the lines with the help of a 20 ounce cup of Joe and some healthy glazed donuts. We arrived at the trailhead for Copperas Pond in about an hour and half from the time we left our house and felt pretty good about the snow being gone and walking on solid ground again. We could see snow still in the Adirondack High Peaks as we drove through and to help the cause we decided not to induce any more erosion on the soft trails than what was already being produced. 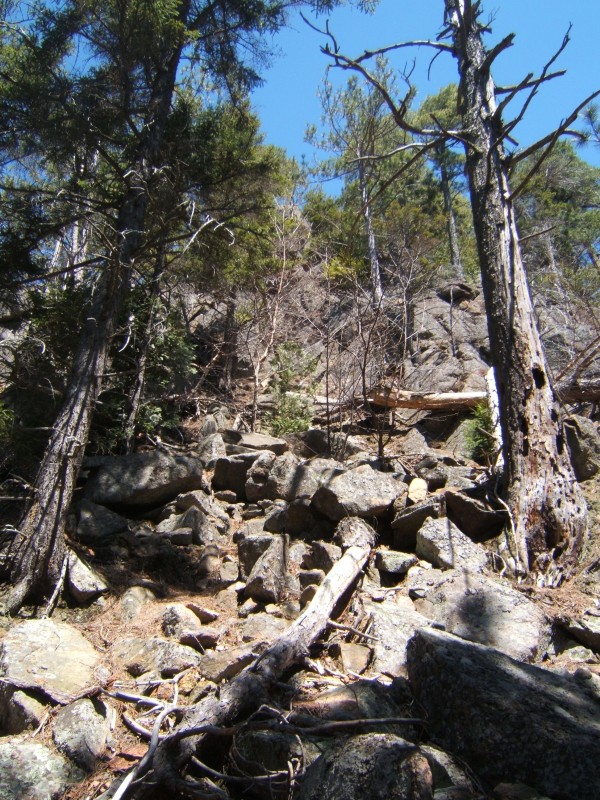 Setting off with smaller packs than what we have been shouldering all winter, we felt light as a feather. We made quick time up the trail for the very short distance it took to reach the rock climbing herd path on our left. The herd path was still very apparent and easy to follow, even after a hard, long winter. While abrupt in sections we soon found ourselves looking up at a very steep rock slope, right of the rock wall. The steep rocky slope is a pretty serious scramble, but has plenty of spots to grab ahold of something solid. We could have avoided it, but the adventure of it all felt great. At the top we were awarded our first view with blue sky and warming temperatures. 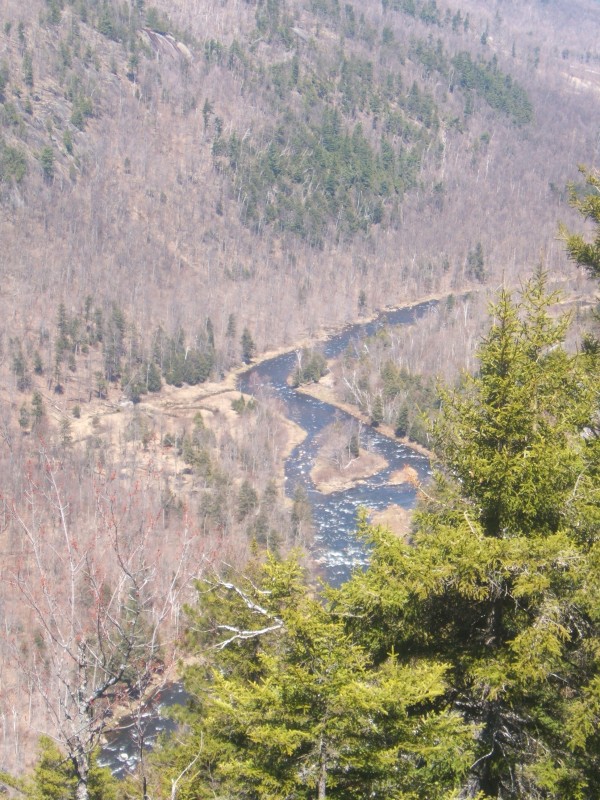 After soaking in some of the views of Whiteface Mountain and into Wilmington Notch we now had to push on without the aid of a herd path. The forest is a bit scratchy from the start but that was to be expected in the Sentinel Mountain Wilderness. With ample growth of the very sharp and pointed needles on the red spruce tree, we were very happy we chose to have on long sleeves and pants. While yet we were sweating from the heat, we needed to protect our skin to avoid a very painful shower later that night. 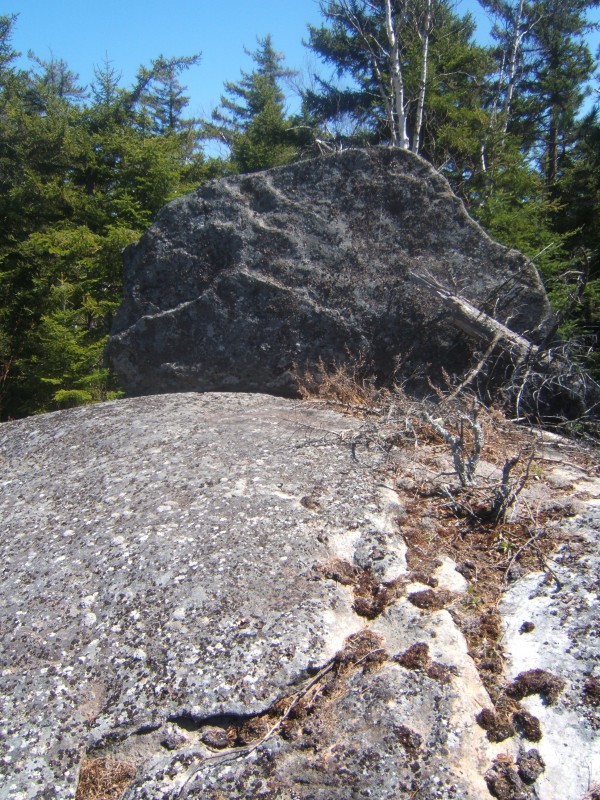 The climb out of the col was much more challenging that I remembered it being in the past. The route I chose wasn’t a very steep one; I wanted to stay on the ridge as much as I could to take advantage of any views that might pop up, none did. The forest, I must say, along the ridge was much thicker than I had anticipated and it slowed us down a bit. We eventually topped out on a summit with no views. We decided to push on over to the final, but smaller bump along the ridge and then drop down to Winch Pond. The descent to the third bump wasn’t too bad but the final descent to the pond was very steep and very unstable. We even found thin layers of frozen ground under the leaves which kept us unsure and on our toes. Once we got off the mountain we were in a very wet area, where we literally couldn’t avoid getting wet without a long traverse around, which wasn’t appealing either. Wet for the final mile or so back to the car, no big deal. Come to find out, the trail from Winch Pond was no picnic either, but we made it out in one piece and that’s all that really counts. Now for some dinner, someplace where they accept patrons with spruce needles in their hair. 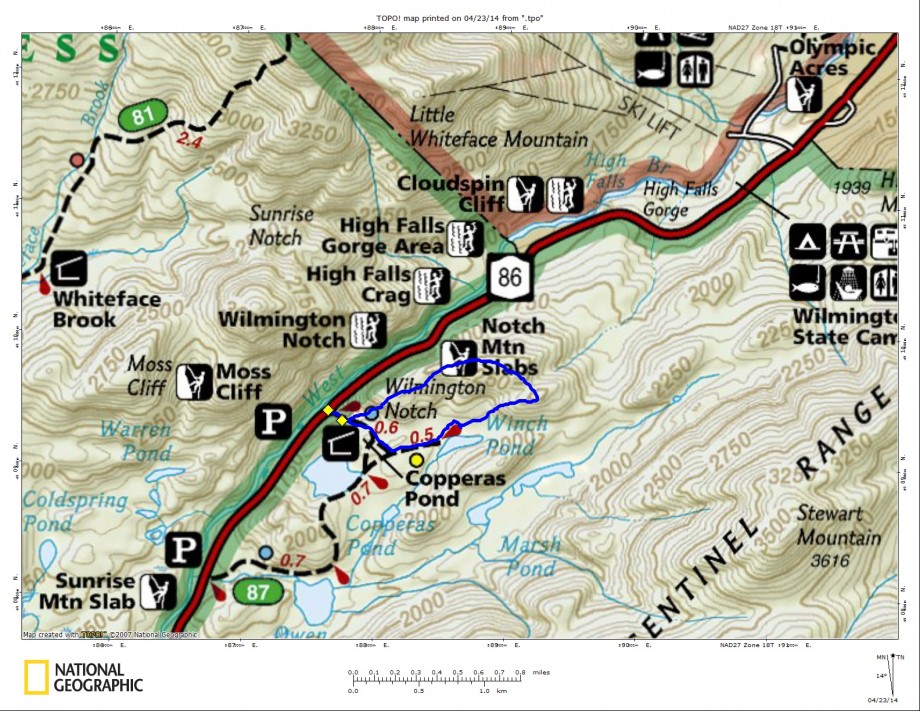 Interested in bushwhacking in the Lake Placid Region or maybe learning the skills of navigation? Seek out a local guide service for details. New to the area or visiting for the first time and would rather stick to a trail? Head into a local gear shop or bookstore and pick up a guide book to the area.