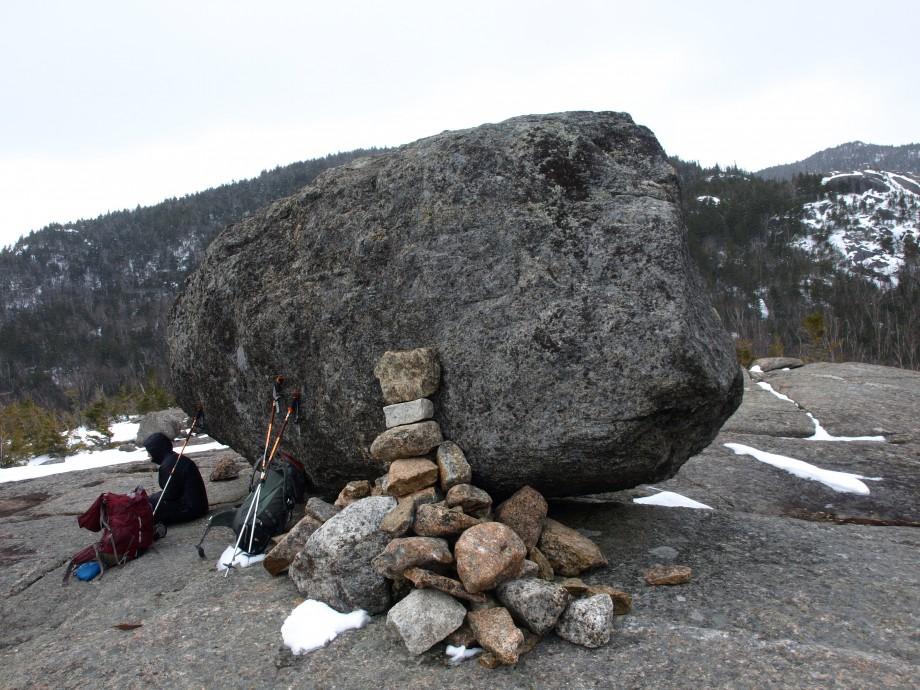 I have been a resident of the Adirondack Park for my entire life and a local to the High Peaks Region for almost 5-years. But for some reason I had never climbed Blueberry from the Marcy Field Trailhead. I have of course descended down from Blueberry a few times while hiking through from Cascade and Porter. So, I figured since the cross-country skiing isn't so great, we should climb Blueberry before the rain settled in. 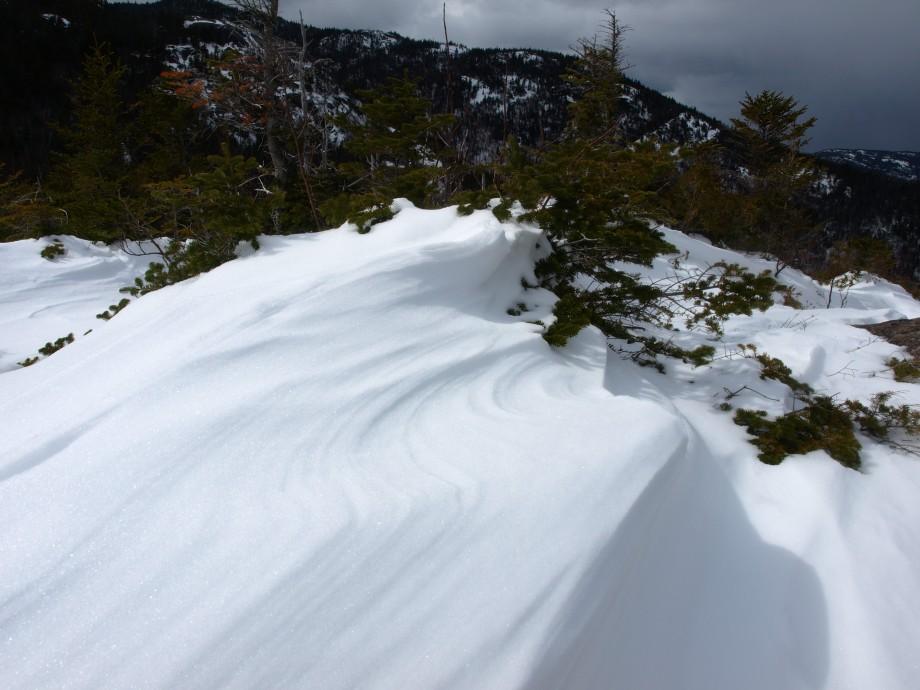 We started out on semi-hard ground, with not a spot of snow to be stepped. But it wasn't long before we would have to break out our micro-spikes to battle the increasing ice formations, created by the warming and night cooling of the melting snow. I remember from years past that the descent from Blueberry to be very steep and relatively quick, my memory had served me well as the recognizable grade started to come out. It was not too long before more snow began to show up on the trail and by more snow, I mean a couple inches. We wasted no time attacking the steeper grade as it presented itself. Then, oddly enough, it began to snow, at 40+ degrees, SNOW!! Eventually we were at the base of the slab rock and the sun started to peek through the clouds, warming our legs beneath our black pants. The slab rock, while steep and unstable with the rotting ice, offered us great views of the High Peaks and way off in the distance, between Hurricane and Knoblock Mountains, sat the Green Mountains of Vermont, also shedding its layer of white.

Once atop the rock slabs we re-enter the trees only to find very deep snow and a deteriorating base of consolidation as mashed potatoes were forming right in front of our eyes. We soon came to another viewing area, then another, then another and my mind started to second guess itself. Was the summit how I remember it? It was! We finally turned the last corner and hopped up the last small rock lip and we were standing next to the summit erratic enjoying the vast views that Blueberry Mountain offers. Our descent was fast and filled with accidental butt glissades, but we were back at the car – just in time for some Noonmark pie.

Blueberry Mountain makes a great traverse with Cascade and Porter Mountains – if you are interested in a trip over these three summits, check out a local guide service for details. 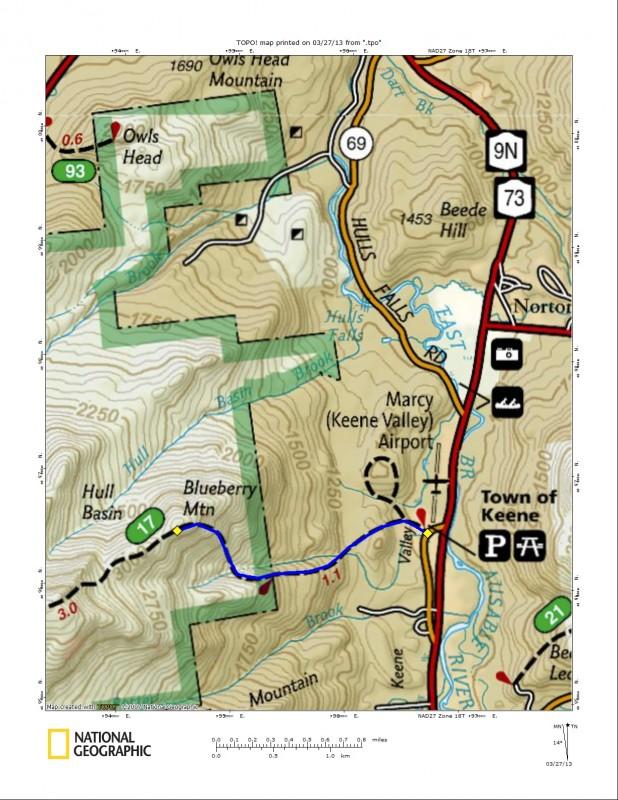