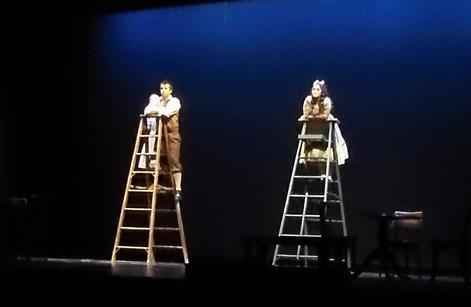 This Sunday afternoon, I get to spend some quality time in Thornton Wilder’s Grover’s Corners, New Hampshire. This is the 75th anniversary of the Pulitzer-Prize winning classic “Our Town” and to mark the occasion three theatre groups in the Lake Placid area have teamed up to produce a true community event.

The Lake Placid Center for the Arts (LPCA) is playing host to what the producer is calling a staged reading of the Thornton Wilder play which features actors from Lake Placid’s Community Players and Saranac Lake’s Pendragon Theatre.

The play is a microcosm slice-of-life in 1901 New England where we witness the courtship of George and Emily who fall in love, marry, and share their lives in a moving and poignant manner, with the Stage Manager narrating the audience through the years. 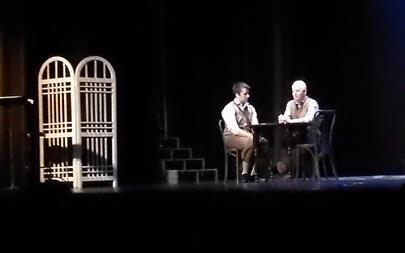 I go in expecting to find actors holding scripts and minimally costumed and blocked so I am quite surprised and pleased to see actors with lines memorized, lovely period costumes, and an evocative lighting plot that helps create the real and surreal atmosphere.

I have seen almost all of these actors on stage before in various other roles and productions and they have all been well cast and succeed in taking me into this nostalgic setting created by Thornton Wilder. I am especially impressed with Drew Benware--who I had only known previously as the music/choral teacher in Saranac Lake—but who fleshes out the tortured Simon Stimson in a very moving and realistic manner. 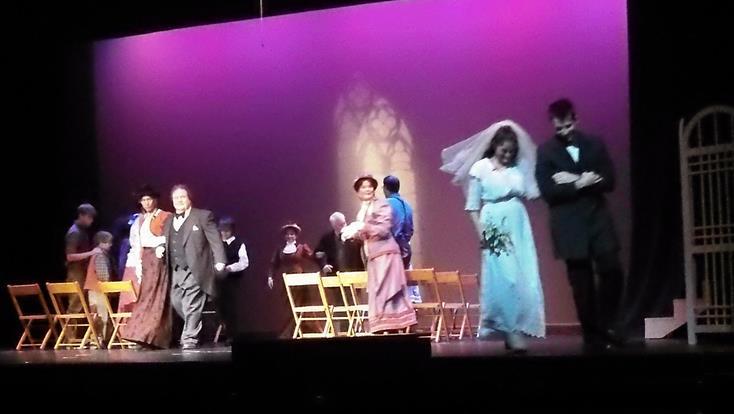 The piece is directed by James Tolkan who has settled in Lake Placid after a movie career that included working with the likes of Woody Allen, Michael J. Fox, and Tom Cruise. Mr. Tolkan shows us that his directorial skills are equal to his on-screen credits and I hope we will see more productions from him in the future.

There are more special theatrical events coming up in the North Country as the holiday season approaches. The LPCA will be hosting “The Nutcracker” and “The Santaland Diaries”, Pendragon Theatre will be presenting “A Peter Pan Christmas”’, and the director of the Upper Jay Art Center, Scott Renderer is creating his own bit of pageantry with his original production of “Nick.”

Kathleen Recchia has been enjoying the arts in the Adirondack for about 20 years—both as observer and participant (acting, directing, and producing). She also enjoys cross-country skiing, swimming, juggling, and hosting visitors to the area at her bed & breakfast in Jay.