Seems like Mount Colden is in my sights each and every winter, but this year we would ski part of it. As Corenne continues to get closer to her winter round of the 46, I find myself getting closer to my third. We made the difficult choice to start along South Meadow Road and avoid the heavy traffic area of the Marcy Dam Trail. This is always a hard choice to make, but the snow conditions are typically much nicer along the truck road.

Much of the ski was rather uneventful except for a hot spot on the bottom of my foot that I neglected until it was too late. About half way to Marcy Dam I decided to adjust my boots by tightening them in key areas, none of which really closed the door that was already open. It did help a bit, so I sucked it up and continued on the way to Marcy Dam. We continued our ski from there to just past Avalanche Camps where the ski trail to Avalanche Pass intersects the Lake Arnold Trail. We took off our skis, locked them to a tree off the trail, strapped on our snowshoes and slowly progressed our way higher up the trail. 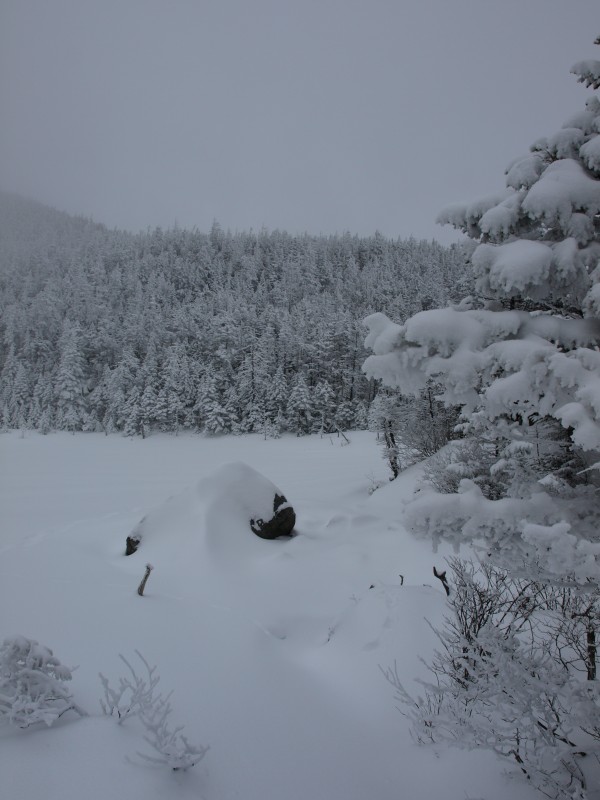 The conditions were fantastic and the snow continued to get deeper and deeper. We arrived at Lake Arnold in a fraction of the time I figured it would take us. We snapped a few pictures of a cloud covered Lake Arnold and continued our relentless assault on Mr. Colden. 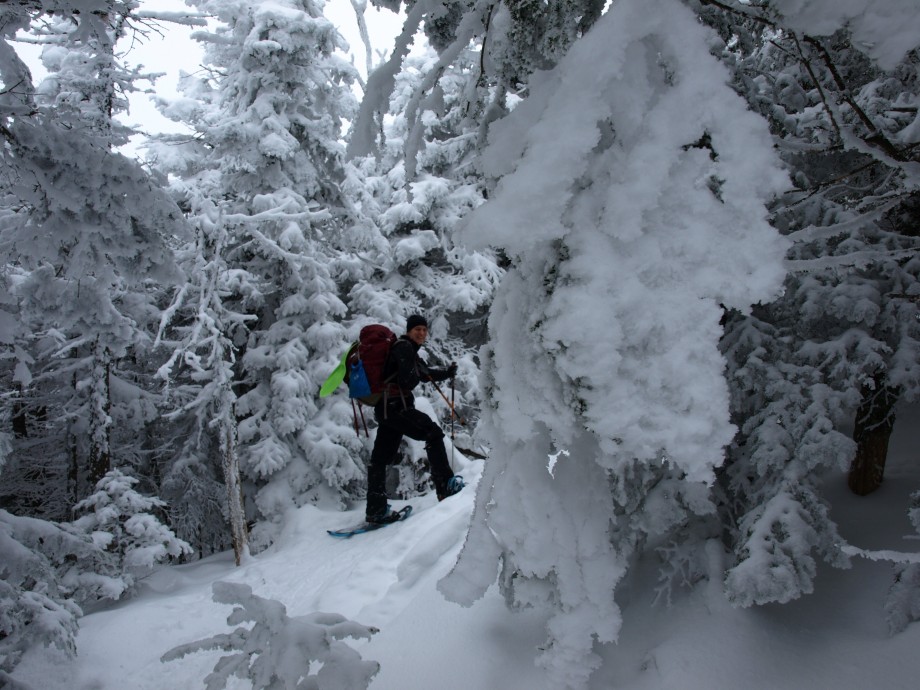 I have to say, this section of trail is one of my favorites in the Adirondacks, it just has a nice feel to it. We did notice that whoever broke it out last may have had a few navigational issues, but where they did go, made total sense. Atop the false summit of Colden we were welcomed by some fairly decent wind gusts and temperatures that we slightly unexpected. There was a very damp feeling in the air that seemed to penetrate our layers. We quickly descended to the trees in the col and changed into dry shirts and mittens to help with the chill. It seemed to work, because once we got to the summit of Colden the wind stopped. Unfortunately we were in the clouds, so all we could really see was the top portion of the Trap Dike. 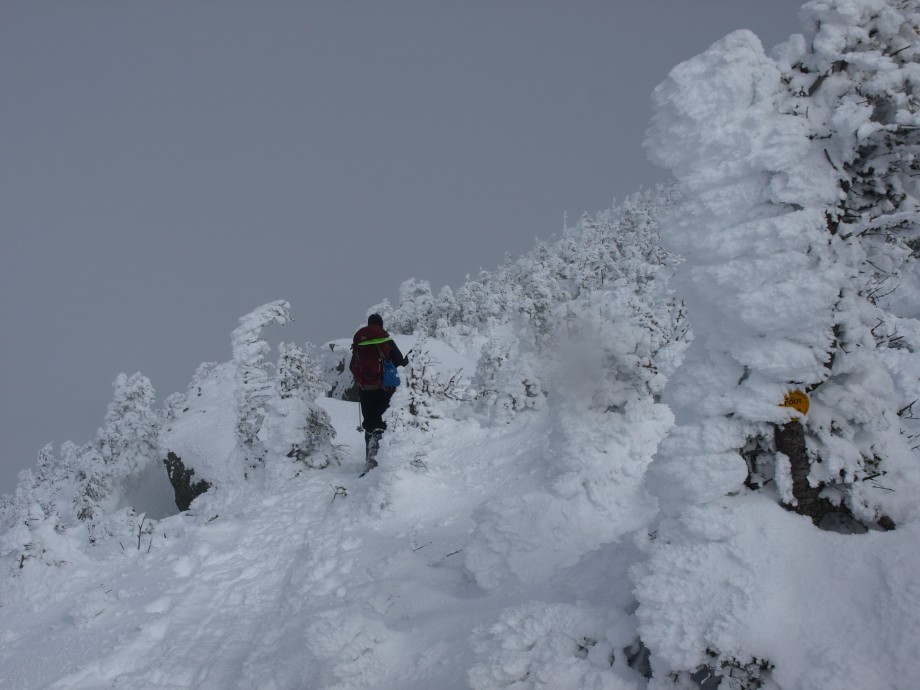 Now here is where it gets fun. Corenne and I bought those small spoon/shovel sleds a few days prior to this trip and we were dying to try them out. In short, it doesn't take too much of a slope for them to work. But it does take some serious steering practice. It is very difficult to turn on those guys and trees, as I have found out in the past, are not very forgiving. But it wasn't the trees this day; it was the fresh powder that lined the trail's edges. It was ridiculously hard to get up after barreling off trail, head first, feet up, heavy pack in the back of head, epic landing. But that didn't stop us from doing it as much as we could until we reached our stashed skis, and then we could slide downhill on our feet, at least that was the plan. Just kidding, it was fine, conditions were perfect for skiing and there was even a bit of pow-pow on the sides to play in.

Interested in a guided ascent of Mount Colden or any of the High Peaks? Check out a local guide service in the Lake Placid Region. Lake Placid is also a great place to spend a couple days, check out what we have for accommodations and local flavor. 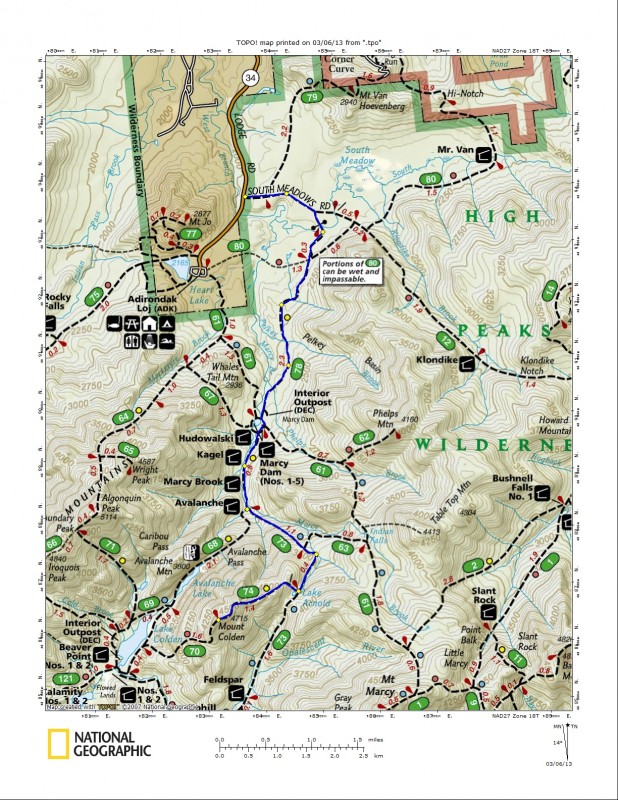