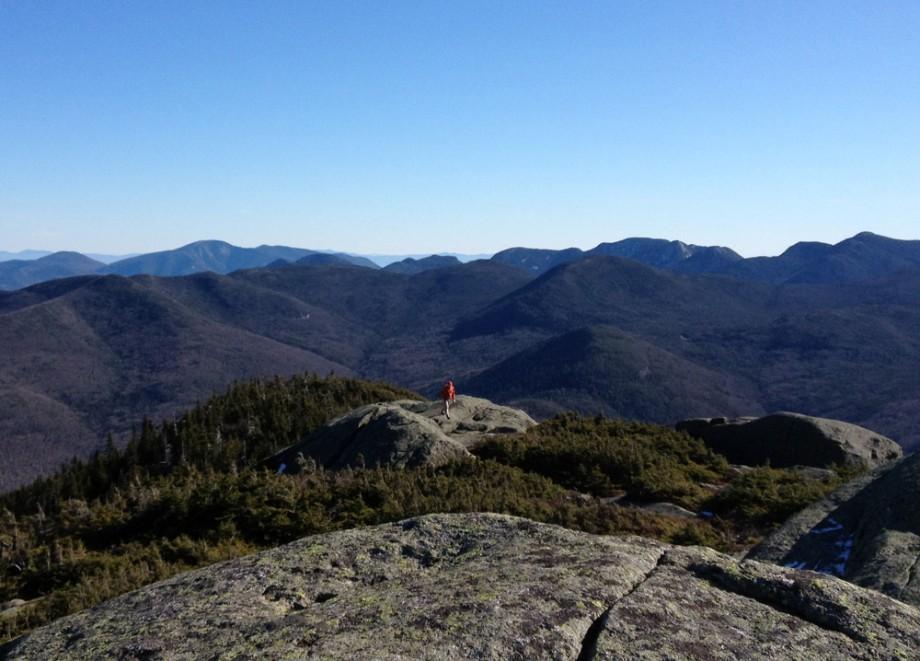 Crisp, cool temperatures, no crowds, and clear views: the season between fall foliage and the fluffy snow of Adirondack winter marks a time of transition.

It's also a great time to get outdoors and hike on the Adirondack Park's thousands of miles of marked trails.

As a lucky resident of the region, I love to hike during this time of year when there are fewer crowds on popular trails, and fewer of those pesky leaves to obscure my view. But I've also learned a few things about hiking during this transition season.

So here are my top 5 tips for those who dare to join in and crowd up my trails:

Though you might run into several parties on a hike during August, you could have that very same trail all to yourself in November.

Plan for it to be freezing cold and windy at the summit! The crisp, cool air is perfect for exhilarating outdoor exercise - but do take precautions against getting too cold once you stop moving.

There can be an exaggerated difference in temperature at various elevations in the Park during this in-between season. (In fact, some days, there can be a 10-20 degree temperature difference between the trailheads in the High Peaks and the Adirondack Coast along Lake Champlain, which keeps the air warmer in that region until consistent cold weather cools the mean water temperature, and it sometimes freezes over.)

Make sure that at the VERY least you've got plenty of warm layers and some sort of windbreaker! To err on the side of caution, you should also bring extra socks, gloves, hat, water and chocolate or gummy bears. (Trust me on that last sugary part.)

Plan for the terrain to change from regular dirt and rocky trails to ice and snow.  I invested in microspikes last winter, as we had little snow, making snowshoeing conditions inconsistent. Though it might seem like fall at the trailhead, it could be icy on the trails near the summit, and some sort of friction for your feet will make the hike a lot more fun, allowing you to stay on the trail and avoid increased erosion to boot. (See microspike video demonstration above!)

4. Bring a camera (or smartphone)

but keep it warm inside your clothing so the batteries don't get too cold..

Though you might need more gear, you can leave the bug spray at home. That oughta help.

This is a terrific time of year to enjoy the crisp, clear Adirondack mountain air, to appreciate the sounds and aromas of the wilderness, and the pure visual beauty of the landscape in this season when the rocky ledges and evergreens finally get all the attention after the colorful spectacle of fall!