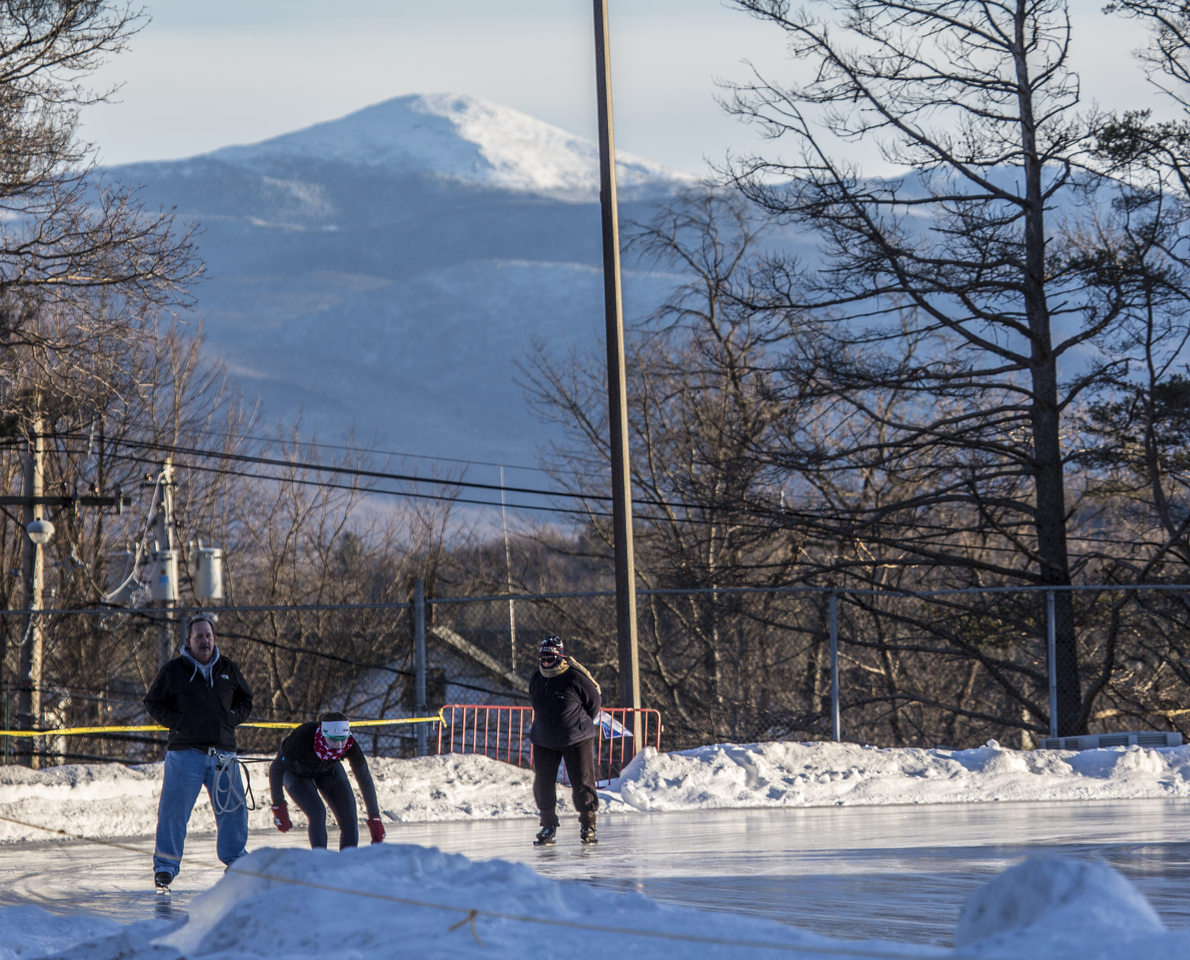 We slip into our skates for the first time of the season at the outdoor rink best known as Lake Placid Olympic Oval. My blades are rusty and I thrust my foot down the throat of the boot, trying to make my it pair with the skate. Eyes are pulled out of one side and the laces are frayed. My foot is in a wrestling hold with the boot while the skates look like they lost a fight while in storage. I wonder if this is the year to invest in a new pair?

My son and daughter leave me enthusiastically behind. The speed skaters have exited the ice and it is time for public skating. My children mimic the smooth gait of the speedskaters and attempt a "twirl of the ice dancers," not caring if they fall, slide, or skid around the oval.

This 400-meter speedskating oval is named in honor of James "Bunny" Sheffield, whose efforts helped organize and promote winter sports in the area. According to the Speedskating Hall of Fame, Sheffield was a promoter, organizer, and official in winter sports, as well as the Amateur Skating Union (ASU) President and international board member. 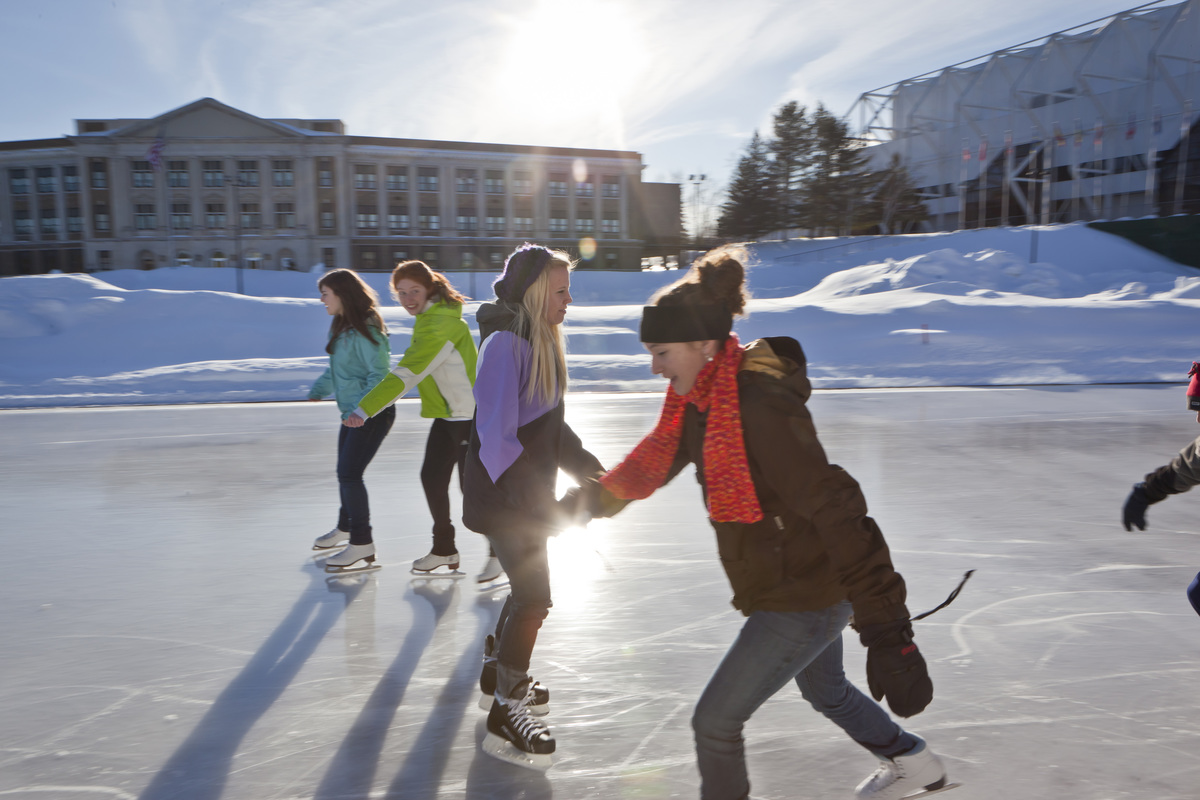 The James Sheffield Speedskating Oval was used in both Lake Placid Olympics (1932 and 1980). Local Olympian Jack Shea won his two gold medals for speedskating during the 1932 Lake Placid Winter Olympics. Its most famous win to date was Eric Heiden's five gold medals during the 1980 Lake Placid Winter Games. I am hoping that I can conjure up just a bit of their speed and grace while making my own loop around this Olympic Oval.

My husband's skates are too big and mine are too old. We are akin to the "Three Bears."  My daughter's skates aren't white like the twirling ice dancers she admires, while my son's are just right.

I can't believe the fun to be had no matter the condition of our equipment. Everyone is outside enjoying the crisp afternoon air. We are by no means speeding around the oval, but we will enjoy this Olympic outdoor ice while we can.

Diane Chase's Adirondack Family Time Tip: If you are visiting the area and are going to visit more than one Olympic venue, look into getting the Olympic Sites Passport for $29, which includes admission to the Olympic Oval as well as other venues.

Diane Chase is the author of the Adirondack Family Time guidebook series and co-owner of the the young adult wilderness adventure program, Adirondack Outdoor Expeditions.