I don’t believe in ghosts, or at least I didn’t until a week ago when I was hiking one of the serene trails on John Brown Farm. It’s an easy, relaxing hike. The trails are immersed in a dense forest and it is flat because it is a farm and not a mountain, after all.

As I walked, the trees gently danced with the whispering wind and the harvest moon glared down at me from above. The light from the moon was so powerful that I didn’t need a headlamp. 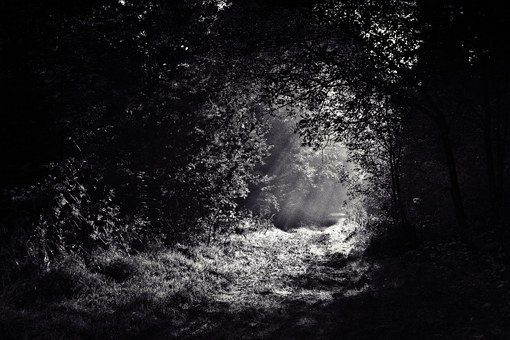 Before I arrived at the trailhead, I passed John Brown’s home that he shared with his second wife, Mary Ann Day. One can take a historic tour of this cozy two floor farmhouse, or just roam the expansive farmland that spans 270 acres. Most of us know the story behind Brown’s tragic death. He died by hanging because of his abolitionist efforts. He lives on in history books and song lyrics. 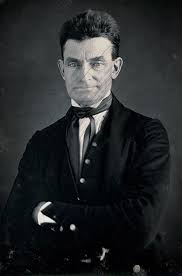 As I hiked on his land, I could hear the frosted grass crunch under my shoes. I passed the picnic tables and made it into the more secluded part of the trail. As I walked among the trees on this peaceful, dark night, I thought about all the lives that once inhabited this property, including John Brown but also his wife, Mary Ann Day, and their 13 children. I was deep in thought when I tripped over some upturned roots. I was shaken out of my reverie and into the present. I heard another pair of shoes crunching nearby. Maybe it wasn’t shoes. It could be a deer. But, the steps seemed too heavy for an animal. 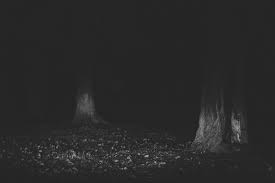 Less worried and more curious, I stopped in my tracks and waited to hear more. After a few minutes of waiting, I continued on. It was nothing.

The wind started to pick up. I reached a fork in the path. Right, I’ll go right this time and do the shorter loop. As I continued walking I heard a sound competing with the wind. It sounded like a voice calling back to me. I kept walking, reminding myself that it would not be strange to run into another hiker on this harvest moon night. I bent down to tie my shoe. I heard the voice a little louder. It seemed to whisper “my heart.” The repetition of those words became louder and more forceful, as did the wind. At the time, I convinced myself it was the wind and my mind playing tricks. 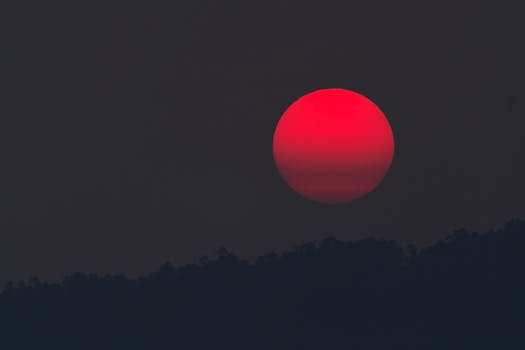 As I made my way out of the thicket of trees on to the road toward where my car was parked, the footsteps were now running. I looked to my right and saw a figure in what appeared to be a long black skirt dash out of the moonlight and into the dark woods ahead. I heard the voice louder and clearer, “MY HEART.” It sounded like a woman, but I couldn’t know for sure. 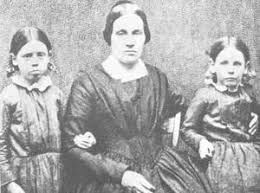 When I arrived at my car someone had carved a message through the condensation on my front windshield. It read, “M.A.D.”

*This story has been written for entertainment purposes. I do not believe the ghost of Mary Ann Day wanders the John Brown Farm, although, I wouldn't be shocked to find out that maybe she does!

Lake Placid is full of ghosts. Start planning your trip today to explore our history and to get to know the spirits that live among us!

Shadows in the Notch