A year of Great Gray Owls

The irruptive movement of Great Gray Owls has been an enormous cause for excitement this winter in the Adirondacks and North Country. It is the year in the multi-year cycle in which they might move south, and I began monitoring the owls weeks ago as I watched reports in Canada of them coming closer and closer to our border.

The birds have been in northern Franklin County and at Robert Moses State Park in Massena for over a month, attracting many, many people to go see them. Over that time I’ve been in several conversations about other possible locations to find the owls – they could be in a lot of places across the North Country – it’s a matter of someone spotting them. And then I got word that one had been found in Keene. 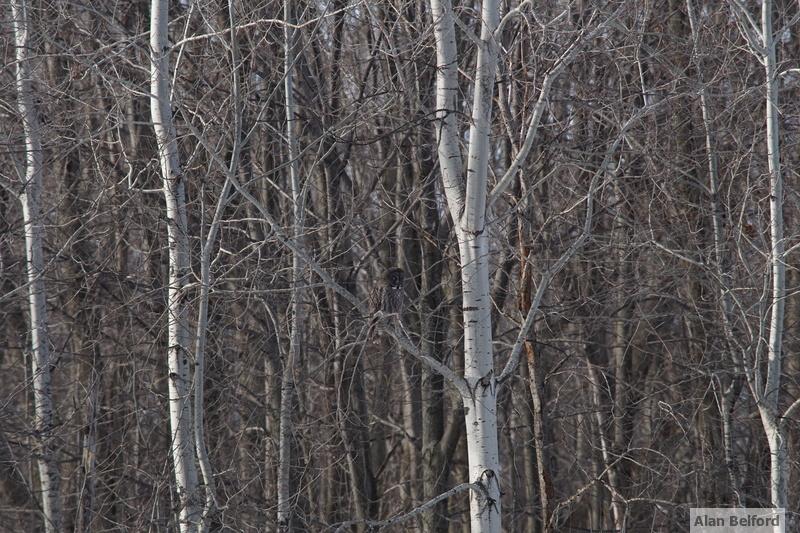 The excitement of a new find

Like the first Great Grays found this year and the Ross’s Gull which graced Tupper Lake for a week earlier this winter, news traveled quickly about the owl in Keene. I received a text and then an email about the bird from a friend. I quickly called him back to get more details.

Apparently the owl had been seen for over a month – placing its arrival on a similar timeline as the owls lined up along the Canadian border. It has been hunting in the fields around the Barkeater Inn – along Limekiln and Alstead Hill Roads. It took a few weeks for the caretaker of the inn to get a photo, but there was no doubt about the identification once he sent the photo to folks who might know what he had been watching. And my friend was excited about heading to fields near the inn to confirm it that evening.

But surprise timing being what it is, I happened to be in Lake Placid when we spoke — of course, without any warm clothes or my camera or binoculars. This meant I had to head home first – the opposite direction from the owl. In the end I skipped going for it the first night, convinced the bird wouldn’t depart. I was correct on that, but my friend was ecstatic as he described how it landed on a post next to his car, making me wish I had hustled down to Keene in spite of the inconvenience! Afterall, rare birds seldom arrive when we are expecting them. 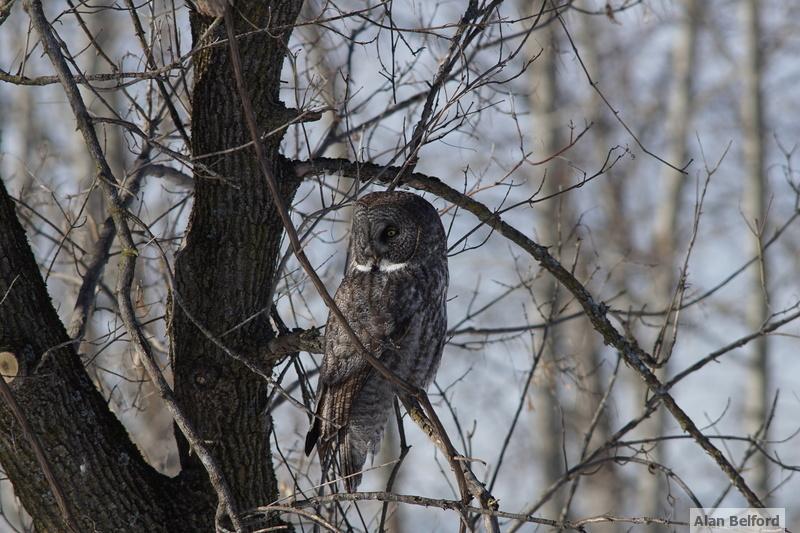 An Amazing Bird – Despite my Photography Woes!

The following day I planned ahead and went to see the owl, arriving before the owl’s 5:15 p.m. hunting commencement from the prior day. It was fairly cold – or at least it felt chilly after so many unseasonably warm days - and I chit-chatted with fellow birders (there was quite a crew of folks assembled and expectedly waiting). But in my distraction I neglected to stand with my camera at the ready – choosing to wait until the owl came out to grab it.

Suddenly the owl appeared from seemingly nowhere and landed on a wooden post directly next to my car (in which my camera sat). I helplessly watched as Wren looked through the window at it as if to say, “Hey dude, the bird you’re looking for is right here. Why did you walk down the road?” I wished I could have captured the moment of Wren watching the owl, but the humor in my foolishness was not lost to me. As some consolation to me, the owl did not stay long on the post, and it was soon hunting through the fields, the throng assembled oohing and aahing as it flew on its wide, gray wings.

The next day I led a group of folks in the cold to see the Great Gray Owls in Massena, but I heard the owl in Keene had stuck to its pattern of emerging, sitting on the posts, and then heading off hunting. So my plan for the following day was to get in a short cross-country ski and then to head to the owl. But my friend called me to tell me that the bird was being seen during the day – and in good light at that.

While our weather is currently taking away our available skiing time (at least for the time being), the chance to photograph a Great Gray Owl takes precedent over skiing. I went straight to Keene where the owl was already moving around in the cold and breezy sunlight. There may have been even more people congregated there than on the first day I went. 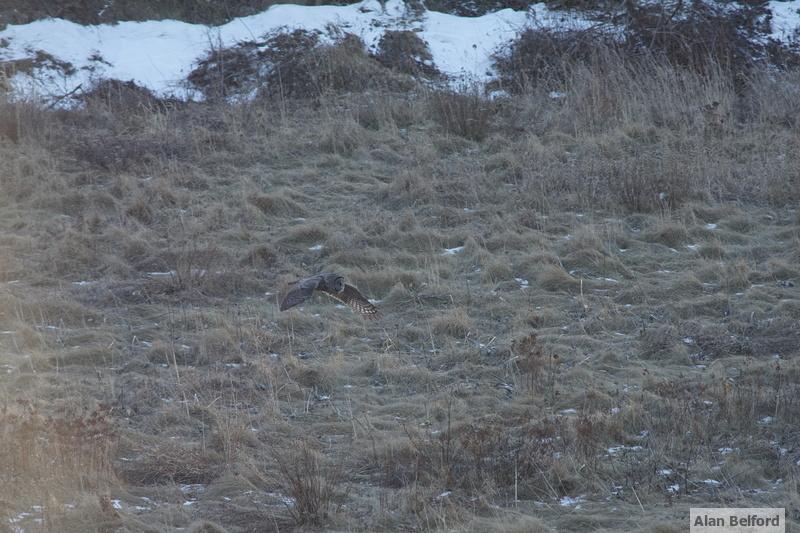 Once again I chatted with folks, and eventually picked out a place along the road where I thought I had nice light and a good vantage point for the owl if it came to some of its favorite wooden posts. In the meantime I took some shots of it hunting over the fields while I waited for it to come closer.

But, as in love, the breaks don’t always go your way in photography or birding. As if to zing me for taking that moment to change my memory card, the owl swooped on silent wings towards the line of posts, choosing a pole further up the hill near a set of photographers – all grinning with their good fortune. I suppose I was just unlucky! I didn’t have a shot through all the cars lining the road and the owl cruised on – not wasting much time on its perch. We watched it hunt, hoping it would return to the road, but it didn’t. With cold creeping in on my body, I headed toward the car to warm up before taking Wren (who had been waiting patiently in the car yet again) for a walk. 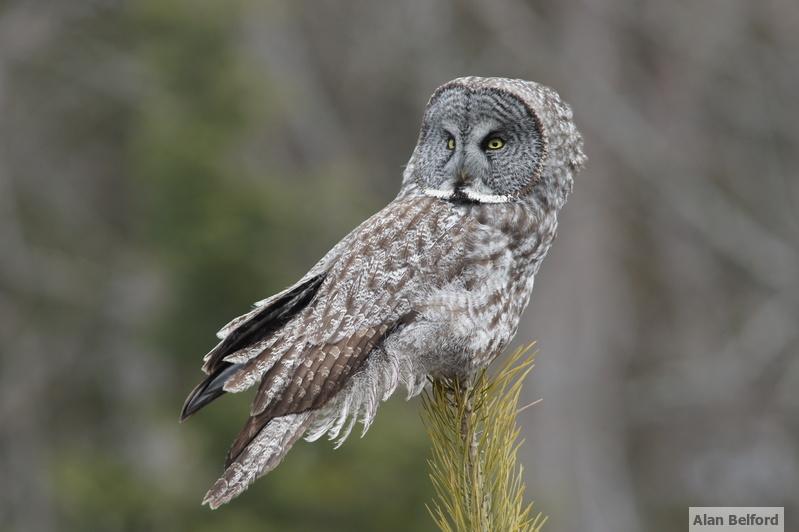 Since the first few days, the owl’s hunting schedule has seen it pop out around 4 p.m., and the amazing bird is entertaining many people in the process. I will be returning as often as I can – I still need to get that perfect photo. And while that target may escape me, just watching the owl is payment enough. It is incredible.