It's all about maple!

The sap is running and the local maple producers' evaporators are boiling as they produce the maple syrup that will be contested in our third annual Tastes of Maple event. In conjunction with New York State Maple Weekends, we'll celebrate Adirondack Maple Weekend on April 2 and 3. The third annual Tastes of Maple is one of the highlights. Held in the Conference Center at Lake Placid from 2 to 4 p.m. on Saturday, April 2, the pubic will be welcome, free of charge, to sample some of our local maple syrup and cast their votes for the best of the lot. In addition to the syrup competition, local dining establishments, confectioners, and beverage producers will offer samples of culinary creations using pure Adirondack maple products. 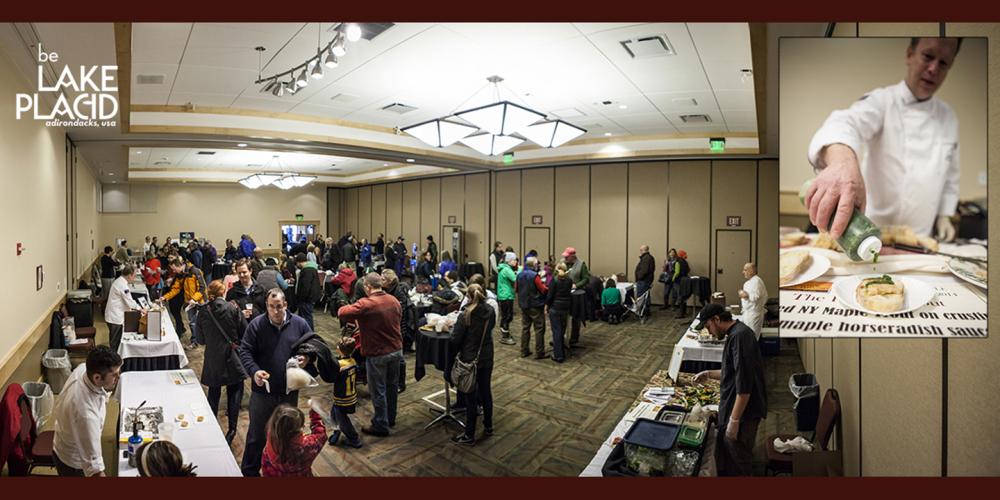 The Lake Placid Pub & Brewery will offer maple-based ale, and Lake Placid Spirits will serve up maple-based cocktail and maple spirits samples. Live entertainment with local band Le Groove and a cash bar will round out the afternoon fun. Admission is free. $1 tasting tickets will be sold for the tastings, with exhibitors charging one to three tickets per tasting, depending on the item. Some of the culinary offerings include a repeat of last year's wildly popular maple-glazed Canadian bacon, as well as free spun maple candy from The Wild Center, maple/apple cider glazed baby back ribs, maple/soy glazed chicken kabobs, maple wings, and much more.

You really don't want to miss the food, beverages, dancing, and merriment of this very maple-y event, so put it on your calendar!

After enjoying Tastes of Maple in April, perk up your taste buds again for the inaugural Restaurant Week - EAT ADK. Kicking off on May 13, Restaurant Week is a celebration of Lake Placid's vast culinary culture. More than 20 local dining establishments will feature price-fixed menus designed to entice people to take a step out of their tried-and-true comfort zones and try something new. Each menu will be offered at one of four price levels during the 10-day event — $15, $25, $35, and $55 — depending on the establishment and meal. These menus will all feature a three-course meal, some for lunch and some for dinner, at the fixed price. Some establishments may choose to add something additional, but they will all feature at least one three-course meal.

More than 20 local restaurants will participate in EAT ADK as of this writing. We expect this event to grow to include more communities in future years, and anticipate it will eventually include the entire Adirondacks!  The 10-day event runs from May 13–22, and since it's geared around a time when restaurants are typically a bit quieter, it'll make it easier for locals and visitors alike to make reservations and get better seating options.

Lodging packages are available at nine properties in Lake Placid during the event. Check them out and plan to spend a couple of nights! EAT ADK Restaurant Week is going to be a terrific showcase of our local culinary talent, so dine early and dine often!

My third recommendation for not-to-be-missed events this spring isn't so much a "thing" as a series of things. The Lake Placid Center for the Arts (LPCA) is alive with cultural offerings during the next couple of months. From film to live entertainment to theater, there's something for everyone on tap at the LPCA.

The ever-popular "Met, Live in HD" series brings an amazing experience to viewers on the big screen at the LPCA. The series brings productions televised live in high definition from The Met that are complete with backstage interviews with the cast and the best viewpoints for fans of the Metropolitan Opera. The series begins 1 p.m. March 26 with Spartacus, and continues through the end of April with four more classic operas brought to the screen live from The Met at Lincoln Center.

Another of the "Live" events brings the National Theatre of London to the big screen in the LPCA theater. "As You Like It" will light up the screen on April 7, bringing the same wonderful production assets as the Met series. The famous and classic British acting company will wow you on stage like none other. If you're a fan of live theater, don't miss this exceptional production. 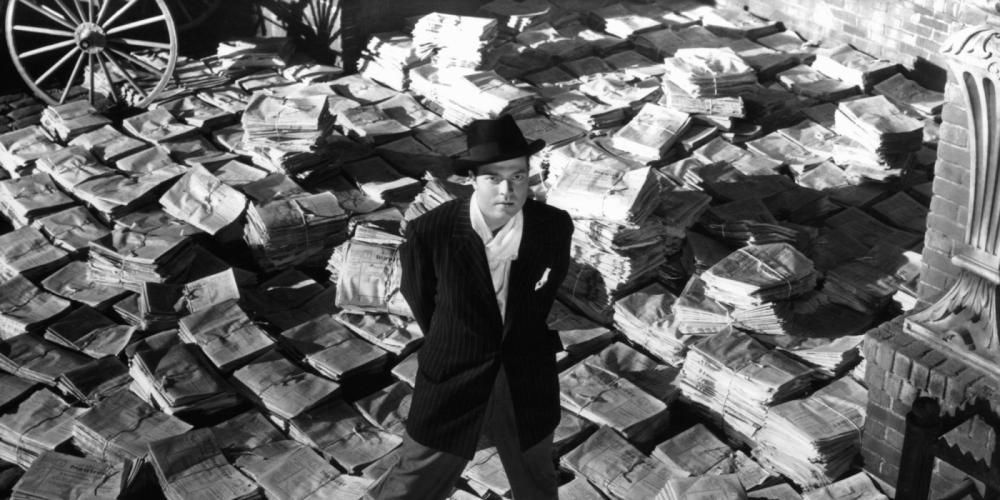 Thursdays at the LPCA are reserved for a classic Hollywood film series. The series begins with Billy Wilde's "Sunset Boulevard," considered the greatest movie about Hollywood, and closes with Citizen Kane, lauded as the greatest American film of all time. You'll be able to view these classics on the big screen, which is a rare event these days.

There are many more events on the LPCA's schedule, and throughout the entire region this spring, so be sure to check out the events schedule for all of them. If you're planning to spend a few days in Lake Placid, check out the lodging options as well. Enjoy all the region has to offer this season!