Regardless of how you feel about hockey, it's no secret that it's a big commitment for the whole family. Between multiple practices during the week to multiple games on the weekend — plus the dreaded multi-day tournament — you may start to feel like you live at the rink. You're not alone!

Here are my tips for surviving — and maybe even enjoying — hockey.

Like the sign says, it's just youth hockey, so relax. Your kids don't play in the NHL. The coaches and refs are human. No amount of pressure will help your child or their team succeed.

A coach once said that it really doesn't matter how good of a player the kids are when they're young. Some kids may bloom early and be stand outs when they're in the youth league, but then their teammates may catch up to them and even surpass them. Some kids will be back of the pack players until high school and may still go on to play in the NHL. The important thing is that they are enjoying the game and improving their skills each year.

Learning to relax may be the most important tip of all, so I put it first in case you have a short attention span. But you should keep reading because there's a TWIST ENDING! 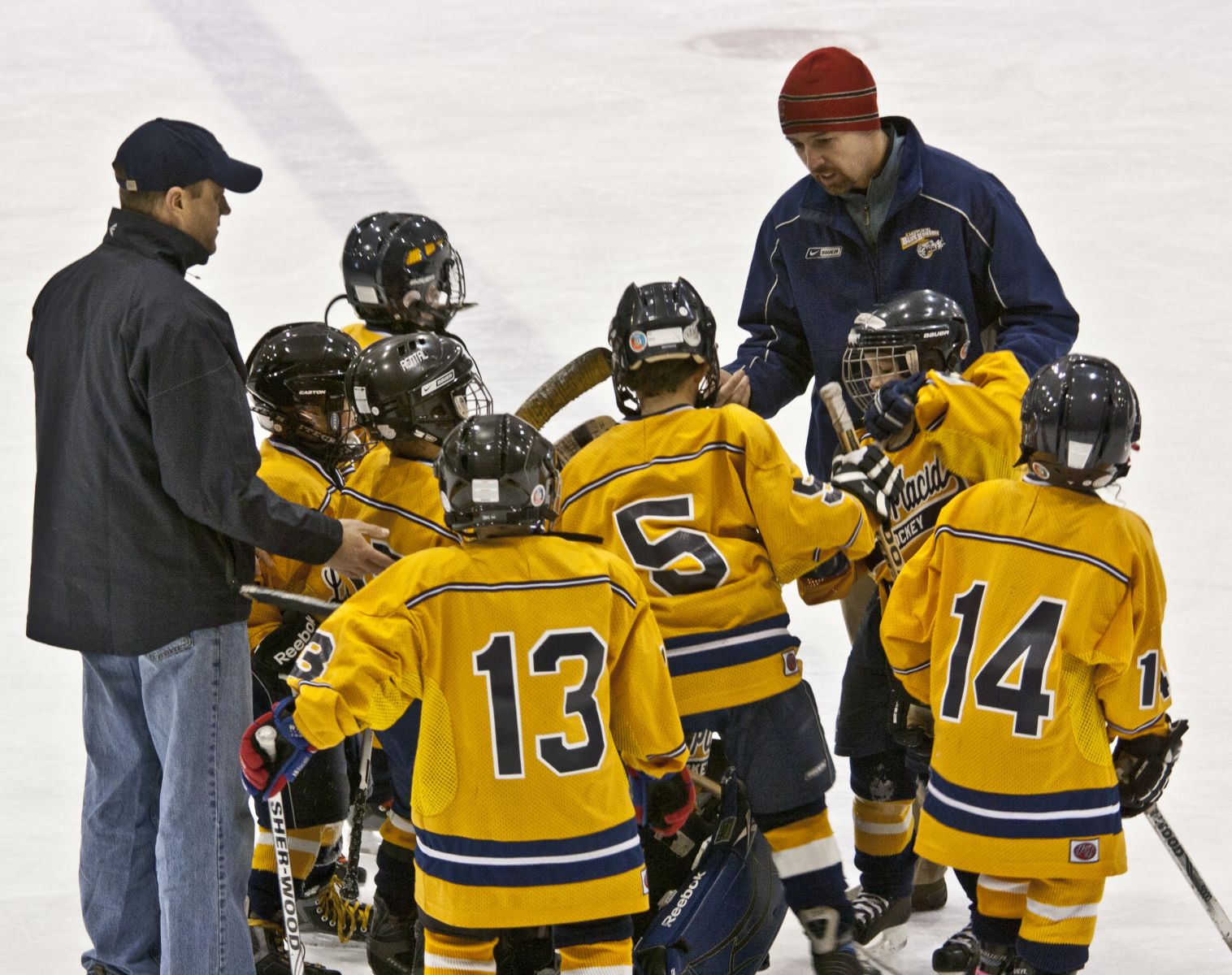 For my family, this is next to impossible and requires an Act of Congress. But, padding your schedule with extra time before practices and games helps keep the stress in check. 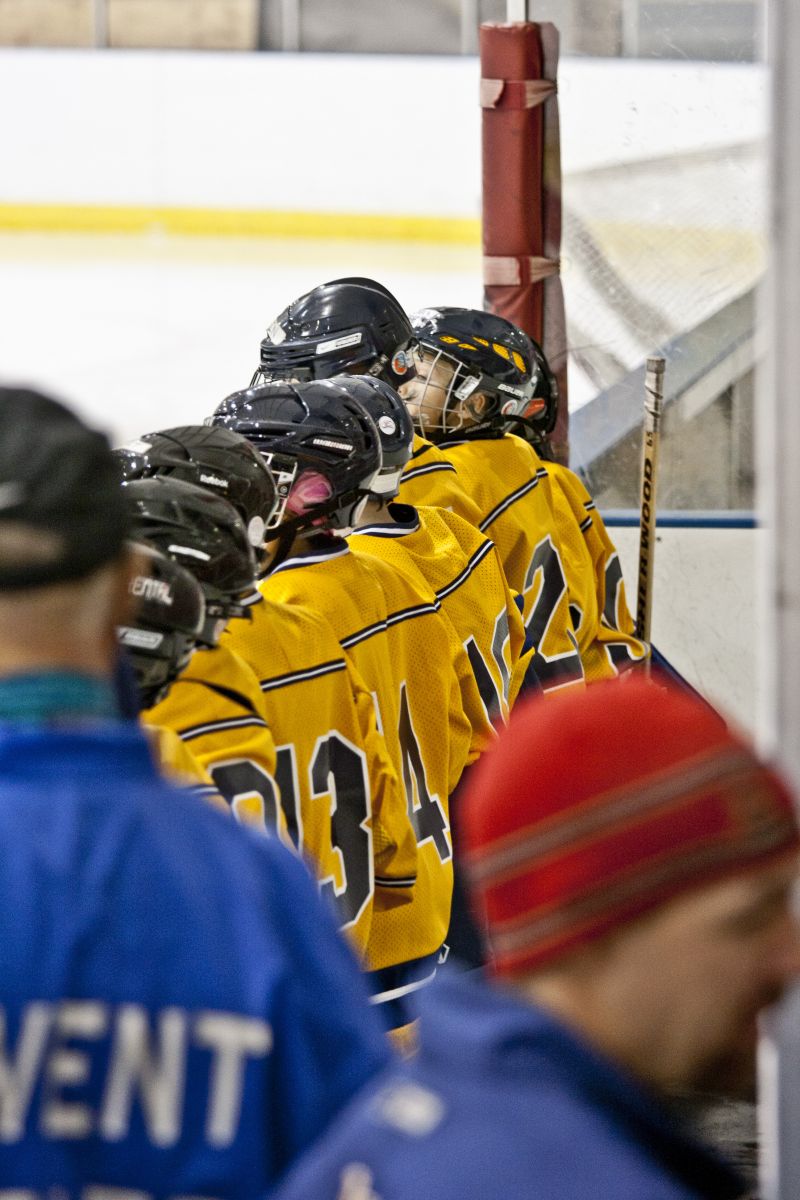 A wise coach once told my son, "Real hockey players carry their own stuff." Ever since then, he insists on hauling his own (gear) weight. After all, this is all for them, right? You wouldn't want to rob them of the extra character building.

Hockey is a gear intensive sport. There's no getting around that fact. I know, I've tried. Apparently they won't let your child play if he isn't wearing skates. Unless you are a youth hockey expert, you're going to have some questions about gear. When it comes to kids, there are endless questions about what they need, what size, what level, brands, lines, used, new, ugh. Get to know your local hockey shop staff, because they've seen it all before. Did you know that hockey helmets have to pass certain criteria or they can't be used? Didn't know that? Well your local shop does. And they can tell you where to budget your money so your kid can be comfortable, confident, and protected out there on the ice.

Oh, and be prepared to buy tape. Lots of tape. Maybe someone should start a "Hockey Tape of the Month Club" er... never mind, that's a dumb idea. Don't do it. It was my idea first. 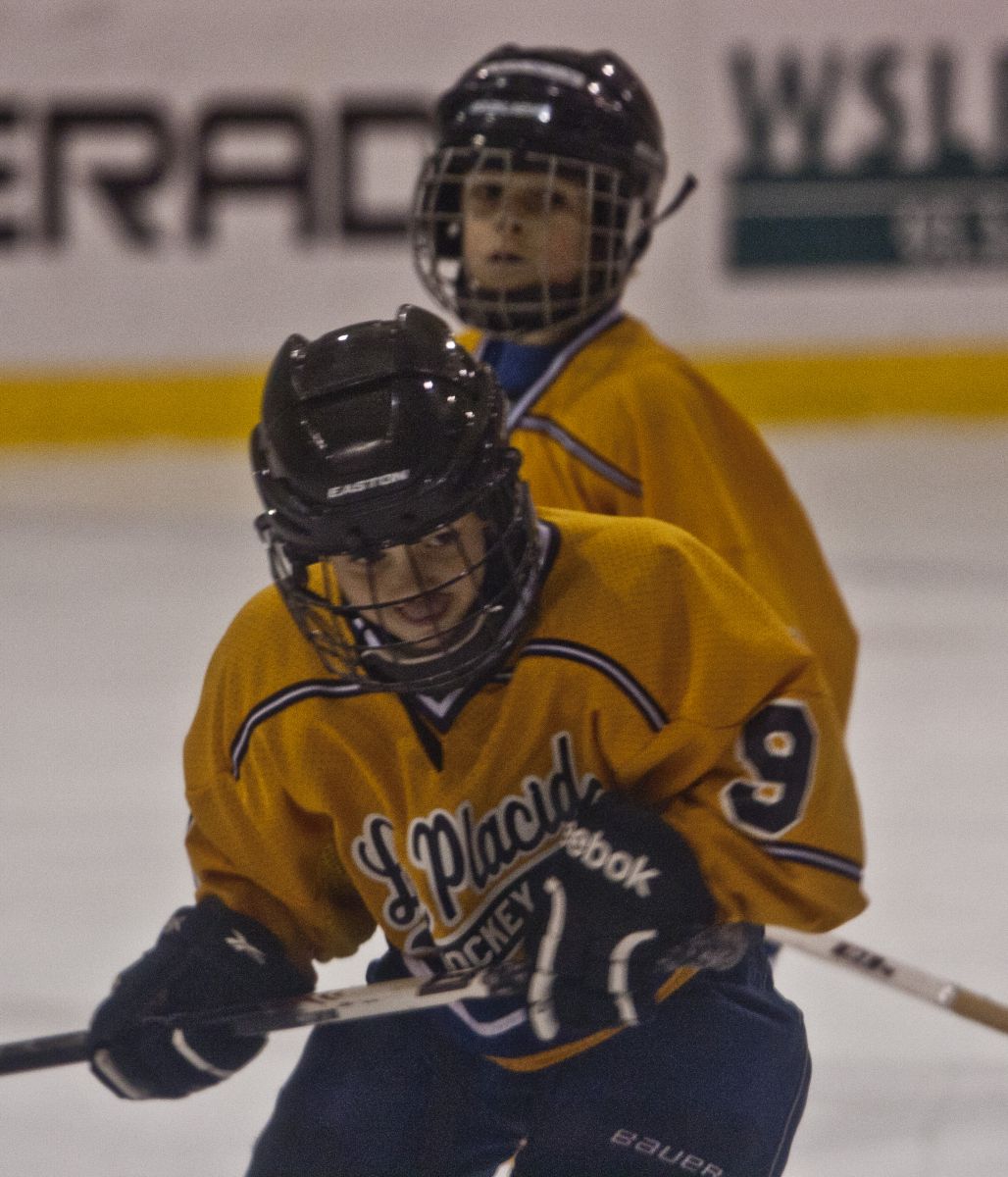 Kids grow fast, and that means used gear is usually in pretty good condition. If you're lucky, your local hockey shop will have a used or consignment section. Other places to check out are thrift stores and yard sales. It wouldn't hurt to ask your league organizer if there's a free bin. Your mantra should be, "Free gear is the best gear!"

Don't be afraid of parents. They can be a good resource, too. If they bought little Bobby or Suzie that sweet pair of hockey skates only to find they outgrew them in one season, they'll probably be happy to sell them to you. 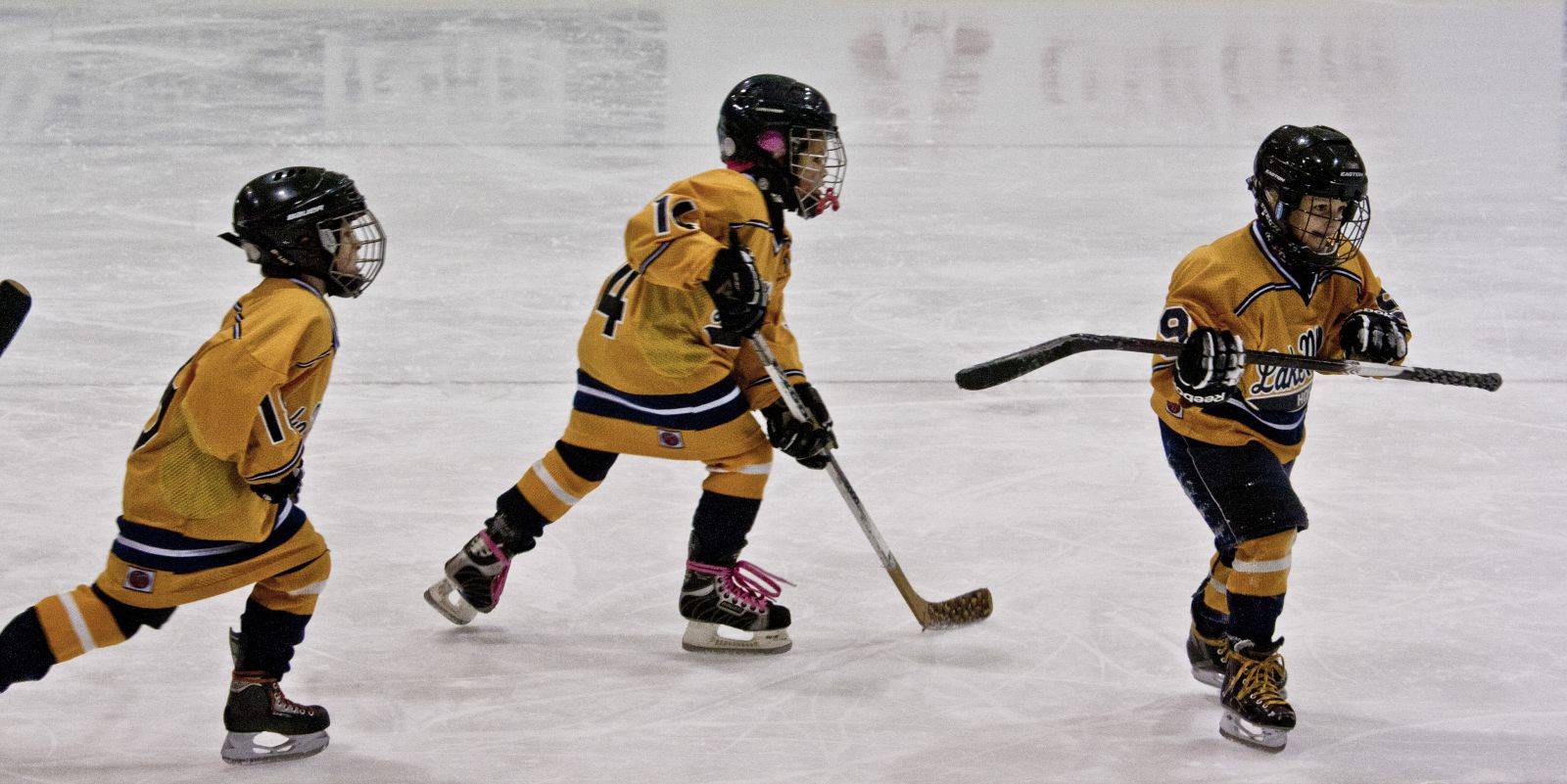 It doesn't matter how old your kid is or whether they are a boy or a girl - hockey stinks. I mean that in the most literal way possible. It smells really bad. It won't take very long in the season before your sweet darling's hockey bag reeks like death warmed over. You can't easily wash the pads and skates, but you can wash base layers. With multiple practices during the week and multiple games on the weekend, you'd have to do laundry every day just to keep up. You can alleviate some of that hassle by buying multiple pairs of base layers to rotate throughout the week. 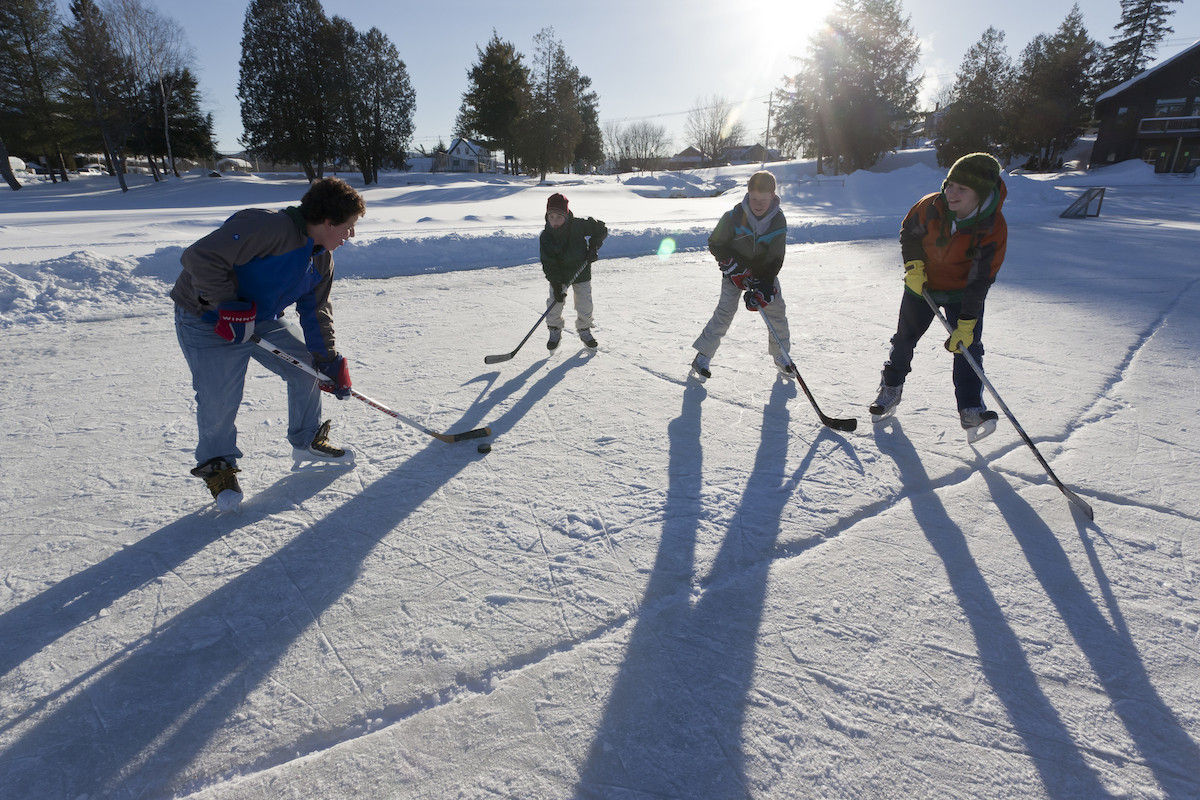 Hockey is a simple and complex game. Does that sound confusing? It does, because I actually don't understand hockey. My son is at the squirt level and they have added icing, off sides, and the penalty box to the rules. I was just starting to wrap my head around the rules at the mites level!

While your kid is the one that has to play by the rules, knowing the rules helps to keep you, the parent, engaged in the game. When that puck glides untouched from one end to the other, you'll know that the ref blew the whistle for icing — a rule that has nothing to do with the ice doing anything.

It also helps to learn the referee hand signals so you know what's going on.

If following hockey proves to be too much for you to handle, you can still be supportive by memorizing these encouraging, albeit vague, cheers:

Sound advice at any point in a hockey game. And in life.

Get where? Who knows! Well, the kids do and so do their coaches. So instead of sending mixed signals, just amplify existing ones.

Once they "get there" you can congratulate them on being there. The next step is doing whatever it is they're supposed to do now that they're there.

A one that is nice.

It's always safe to tell the whole team to go. I still don't know where, but that doesn't matter. I guess what really matters is they go there together, as a team.

This always applies, unless you're cheering the goalie. But for the rest of the team, there isn't anyone in hockey who would suffer from skating harder.

You're going to spend a lot of time at the rink and so will all of the other parents of your child's teammates. You could sit in awkward silence for those 5 to 10 hours a week OR you could get to know one another and maybe even make a few friends. At my son's practices, people of all walks of life sit and chat about everything under the sun. Hockey is the great equalizer. If you're a hockey noob like me (I blame my southern upbringing), these friends can help you understand what's going on.

Ah, the dreaded away game. Your eyes are drawn to it. Nowheresville? How far away is that? Three hours?! There goes the weekend!

But away games needn't be a chore. Treat them as a fun getaway! While some towns have more amenities than others (helloooooo, Lake Placid!), every location has something to offer. Invite the other families to come along. It helps to let your kids decompress after a game. It doesn't have to be something elaborate, a simple dinner or ice cream stop together can be just the thing - especially if it follows a hard loss.

Kids love it when people cheer for them, and it means even more to them when you know their name. So take the time to memorize names and numbers so you can give the team that extra boost. Trust me, it makes a world of difference.

Being a goalie is tough. Being a nine-year-old goalie is even tougher. It's a lot for a kid to take on. And if a game doesn't go well, it can be crushing. A goalie's morale can spiral after a few missed shots, so always give the goalie a cheer. You can say things like "Go, -GOALIE NAME-," "Nice save" or "Way to be there!" if they make the stop. But if they let the shot in, try "That's OK," "You got this" or "Shake it off!"

It's even a good idea to give a cheer for the other team's goalie. If they make a good save, you should acknowledge it. It's OK to begrudgingly give them a "Good save." 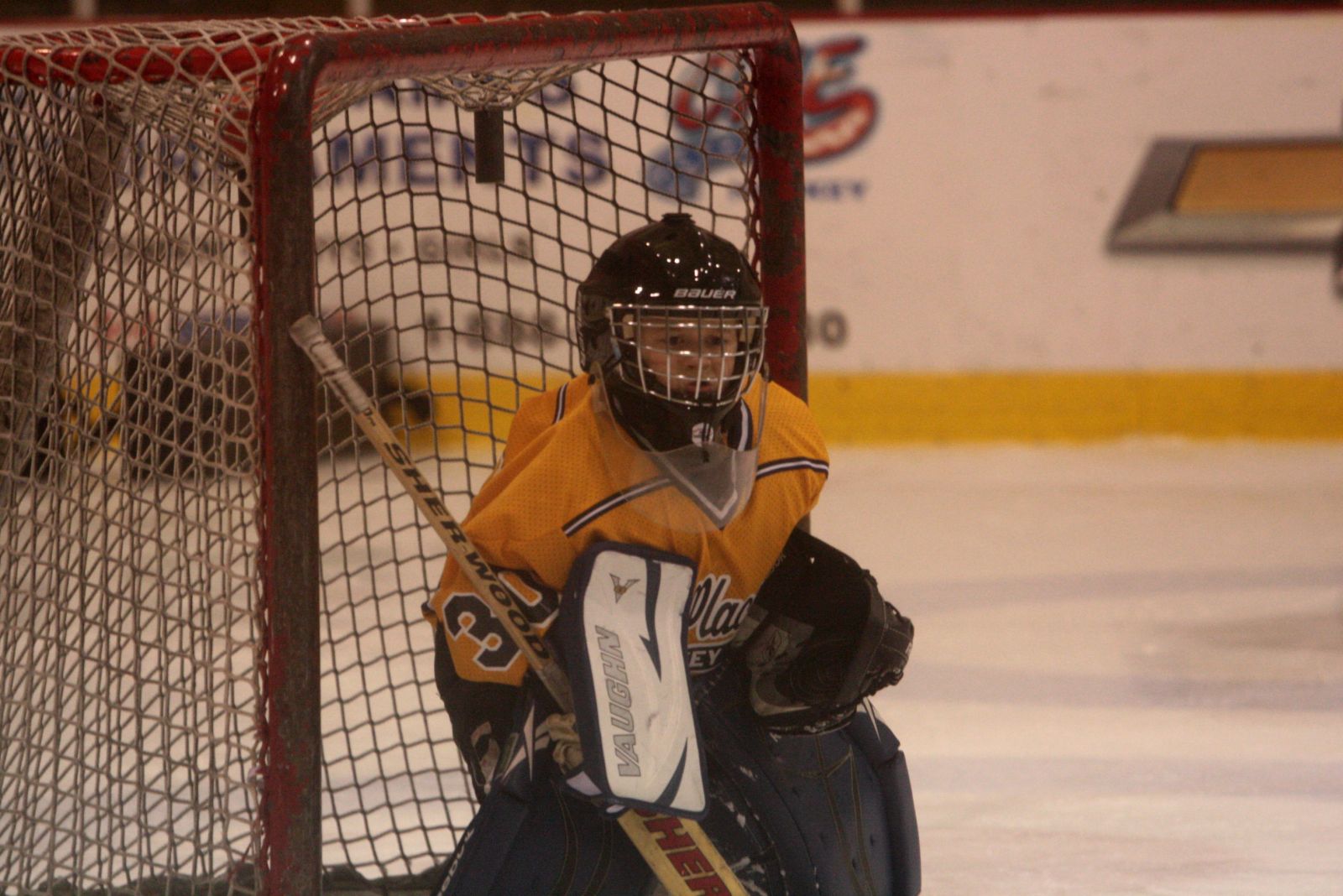 If you're cold and miserable, you're going to have a bad time. Dress in layers, because every rink has its own climate. Some have nice heaters above the stands, and some are so cold that you'll have to go outside — even in the dead of winter — to warm up. Gloves, hats, coats, and in extreme circumstances, long underwear, will help you be more comfortable so you can settle in for that four-day tournament. 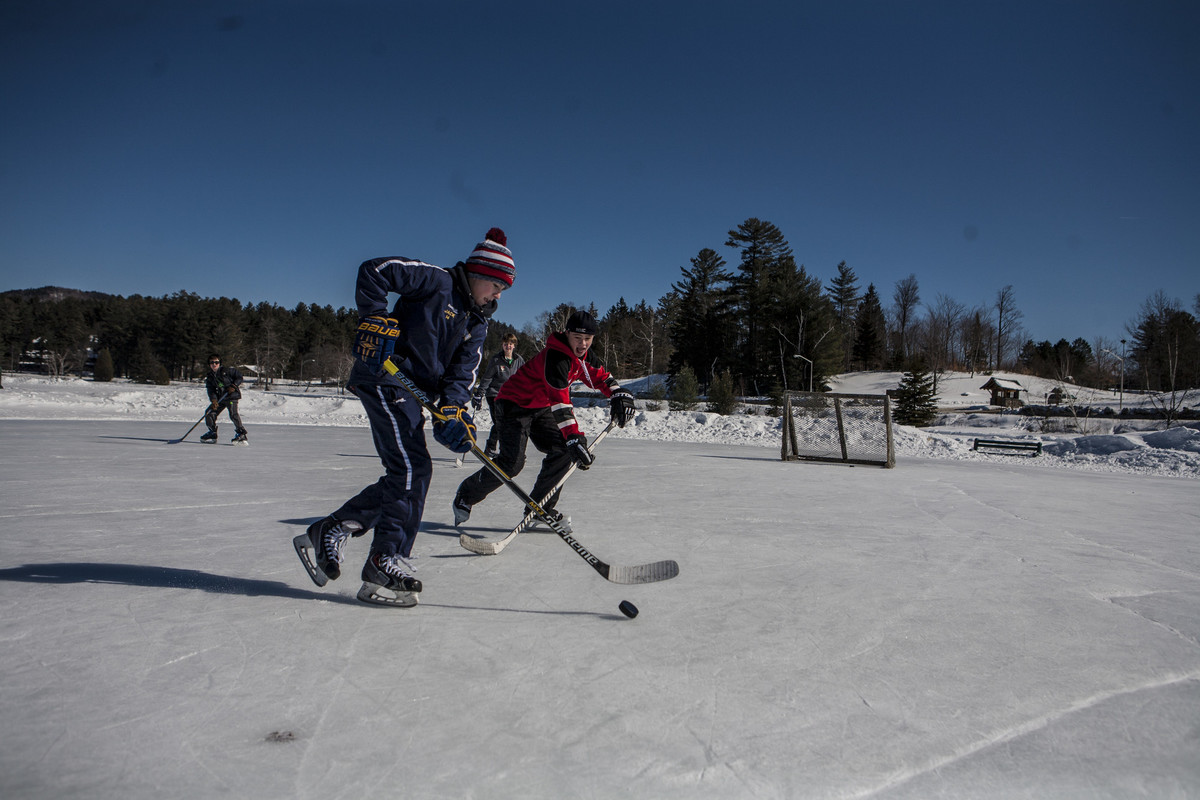 Tip #14: Don't believe anyone who tells you there's a twist ending.

You should've seen that one coming.

Seriously, they're kids and this is just a game (though not in Canada...it's a religion!). Don't pressure your player, family, team, coaches, and refs to achieve perfection. It's not going to happen. But it's easy to make hockey fun and rewarding for your little player and your entire family.

Plus, if it doesn't work out, there's always skiing!

A hole lot of adventure.

Toe pick or not toe pick…