National Audubon’s Christmas Bird Count (CBC), the nation’s longest-running citizen science bird project, just completed its 116th year! Here in the Adirondacks, the Saranac Lake CBC just celebrated its 60th year, making it one of the longest-running counts in the country. It was a record-setting year for the count in many respects.

On January 3rd, a record 53 people fanned out across the Saranac Lake CBC territory, which includes Saranac Lake, Bloomingdale, Ray Brook, and Lake Placid. (Each count is a circle of territory with a 15-mile diameter.) Participants cover their territories in teams. New birders are teamed with experienced birders, making it a wonderful way to learn. Territories are covered in a variety of ways: hiking, cross-country skiing, snowshoeing, car birding, and, believe it or not, kayaking! Larry Master kayaks the Saranac River each year – brrrr! People who reside within the circle often sign up to be “feeder watchers” and submit tallies of the species that visit their feeders on the count day.

Larry Master has been the Saranac Lake CBC compiler for the past 41 years. He organizes the count by dividing the circle into territories and assigning them to participants. A social compilation dinner is held after the count so people can report their results. Larry submits the data to National Audubon. Christmas Bird Count data helps us better understand the status of birds in the Americas – and the effects climate change is having on them.

Participants counted a total number of 7,505 birds during this year’s Saranac Lake CBC! (The previous record was 5,610 birds set in 1991.)

Fifty-one different species were found during the Saranac Lake CBC. With a strong El Nino producing an exceptionally warm December, there was a lot of open water, and as a result, waterfowl species that would normally be gone, were tallied instead! 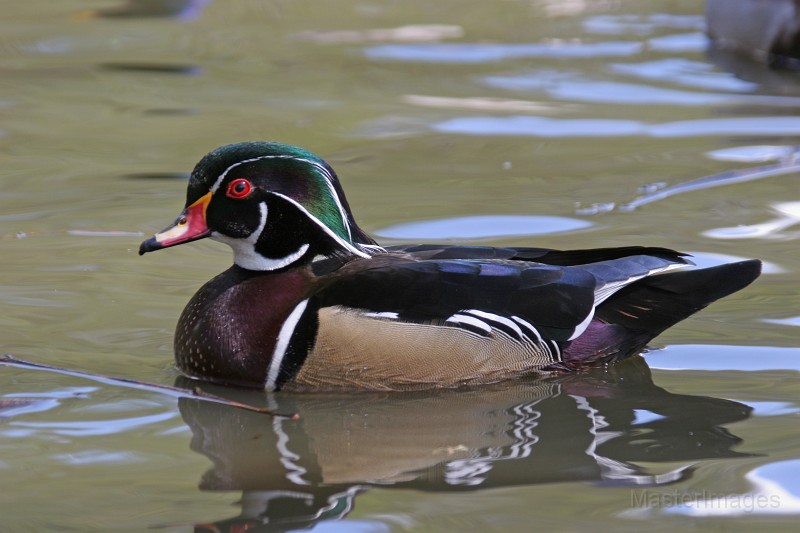 Three species had new high counts, including a tally of 2,274 Pine Siskins. 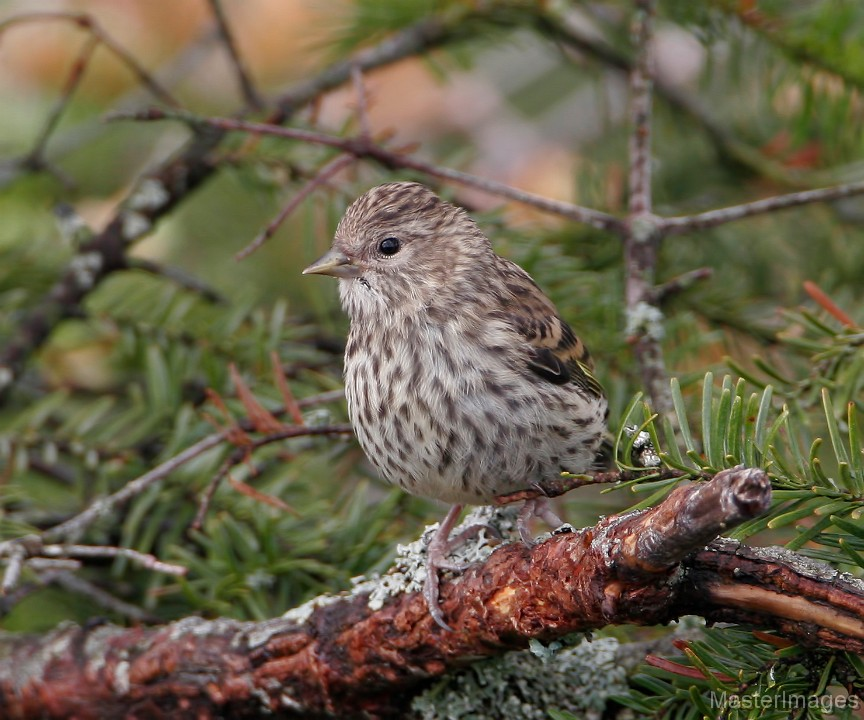 Five New Species for the Count

Five of the 51 species found were new to the Saranac Lake CBC including a Common Loon, Double-crested Cormorant, Merlin, Northern Mockingbird, and White-crowned Sparrow. 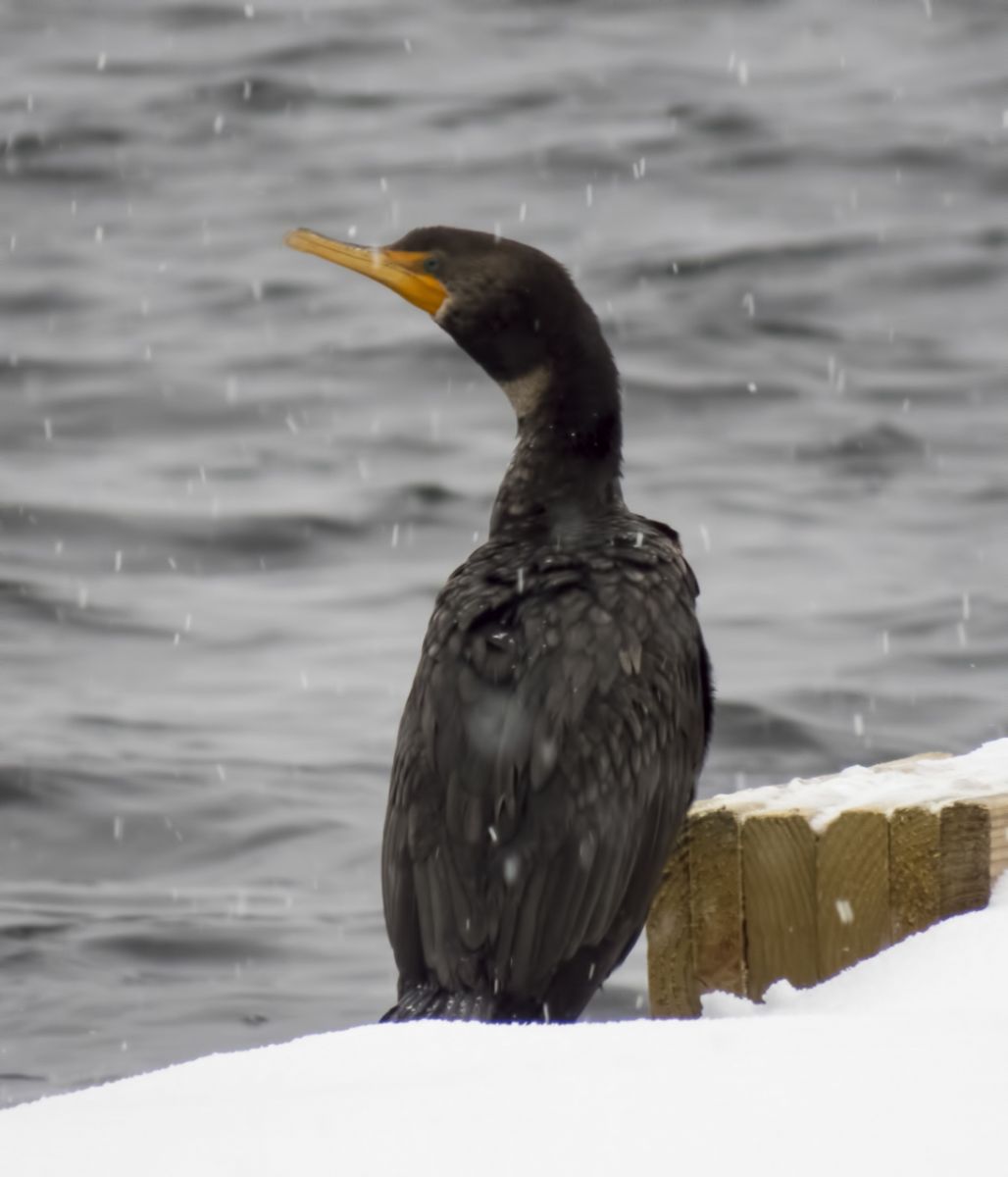 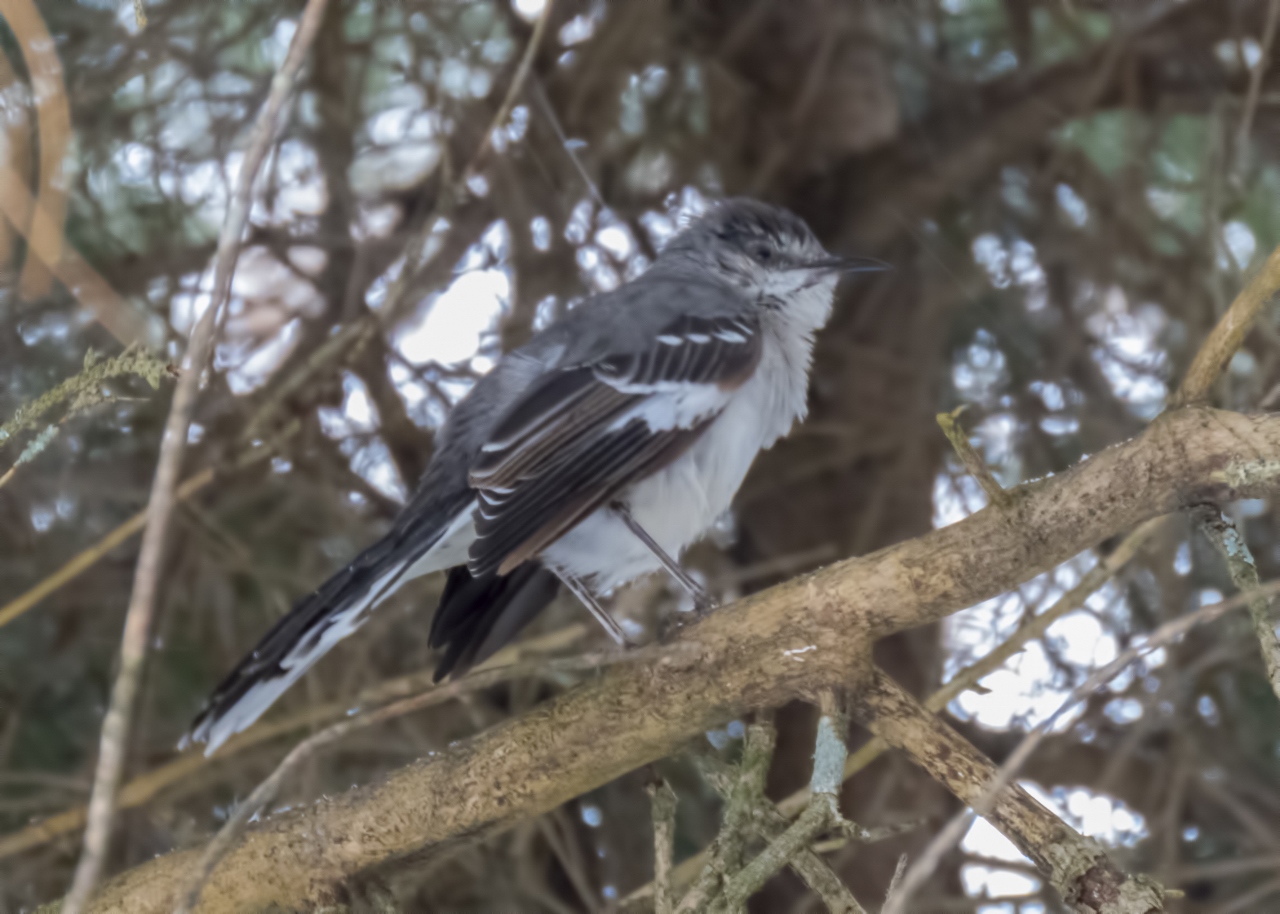 With the addition of 5 new species for the Saranac Lake CBC, it brings the total number of species seen over 60 years to 100.

This year, I counted with Terese and John Hart, and their daughter Sarah who lives close to the count circle. Terese and John are biologists who spend most of the year in a remote part of the Democratic Republic of Congo. We hiked about 5 miles in the boreal habitat areas of Bloomingdale. With little snow on the ground, there was no need for snowshoes or skis this year. But it did snow on us all day! 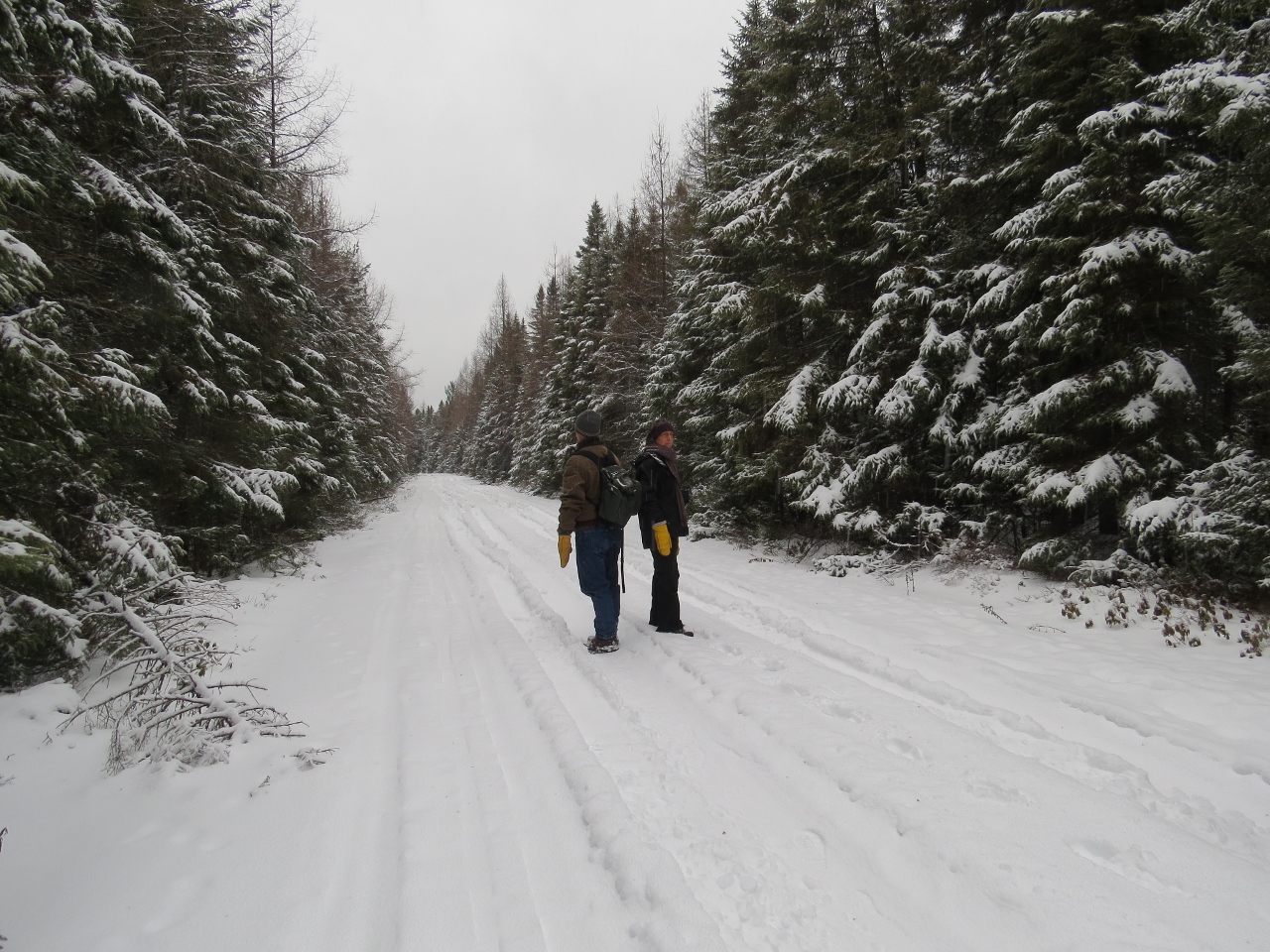 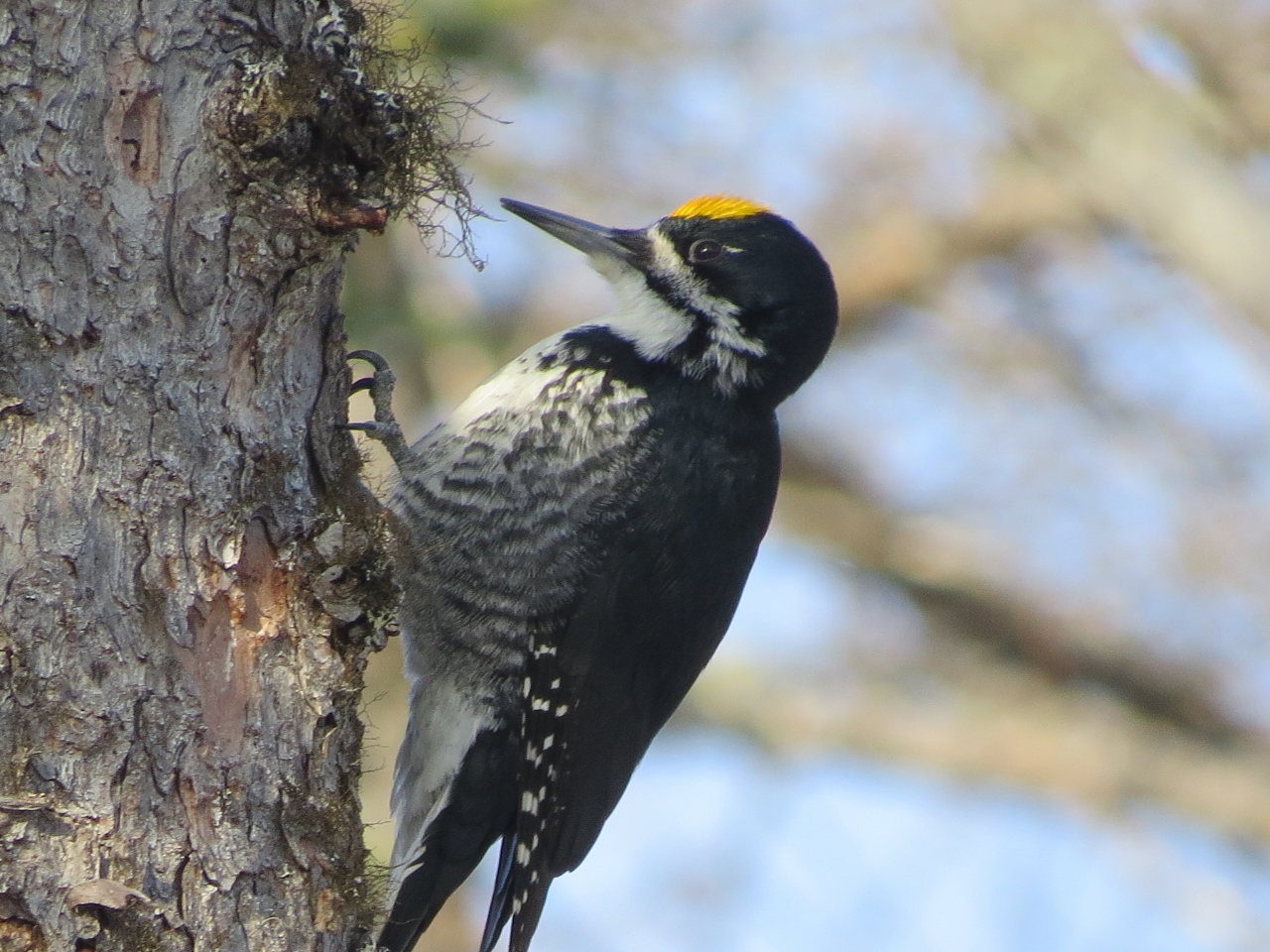 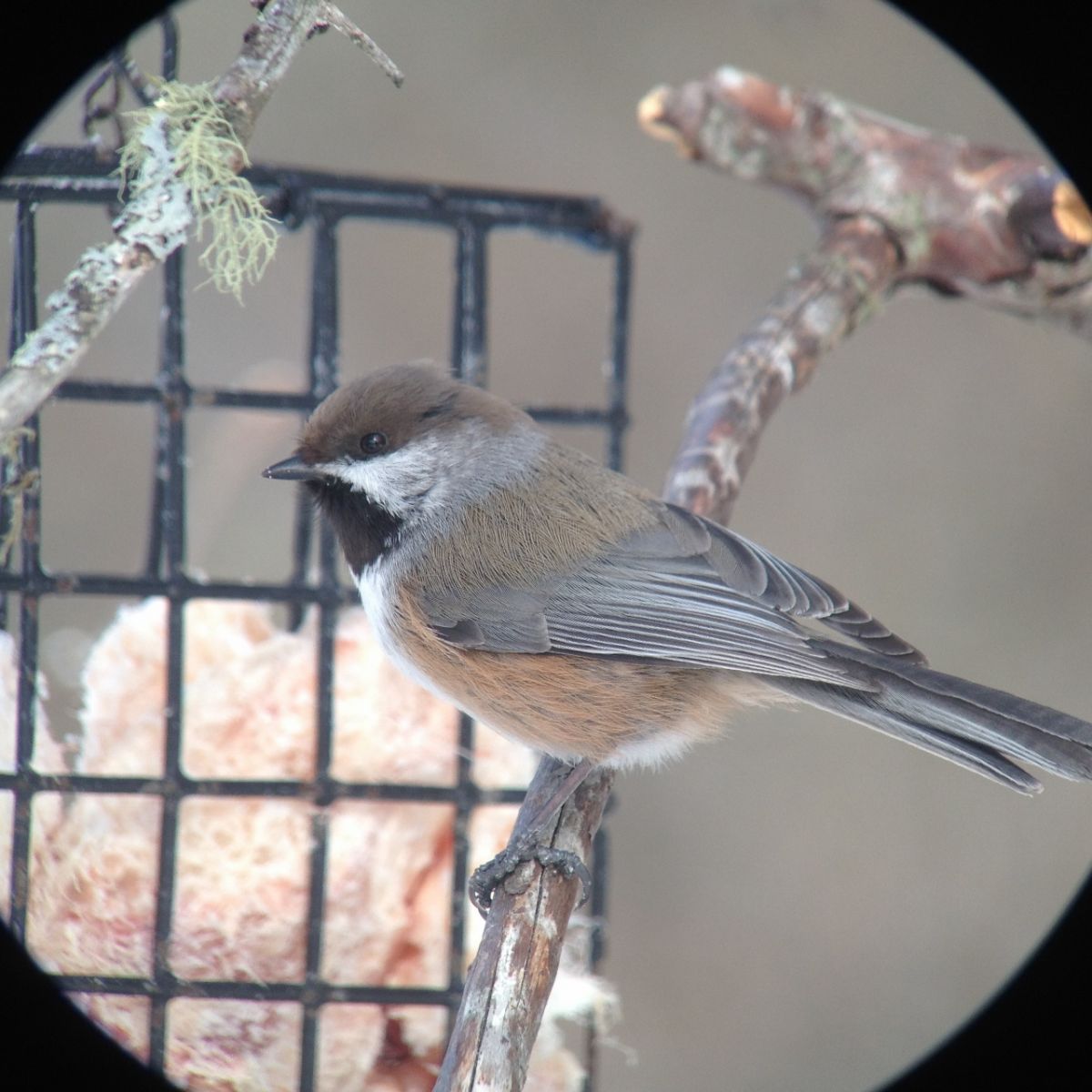 At the same location where we found the Black-backed Woodpecker, 2 Grays Jays flew to us looking for food. I pulled out my raisins and the Gray Jays landed in John and Sarah’s hands for the food! 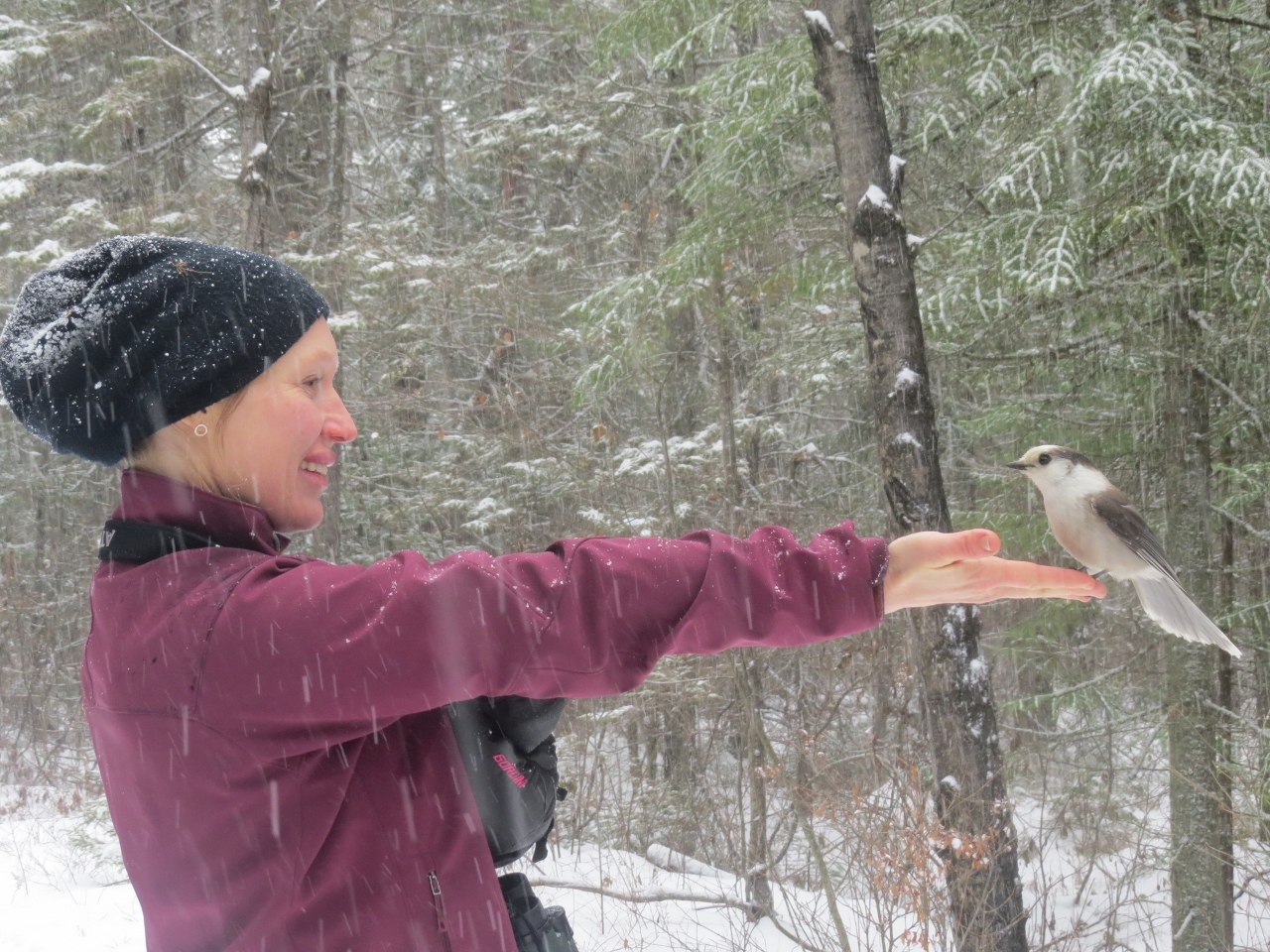 The most common bird in our territory was Pine Siskin, and we tallied 710! There were also good numbers of Purple Finches and we found 48. We also tallied many common year-round species such as Ruffed Grouse, Common Raven, Black-capped Chickadee, Red-breasted Nuthatch, and Golden-crowned Kinglet. 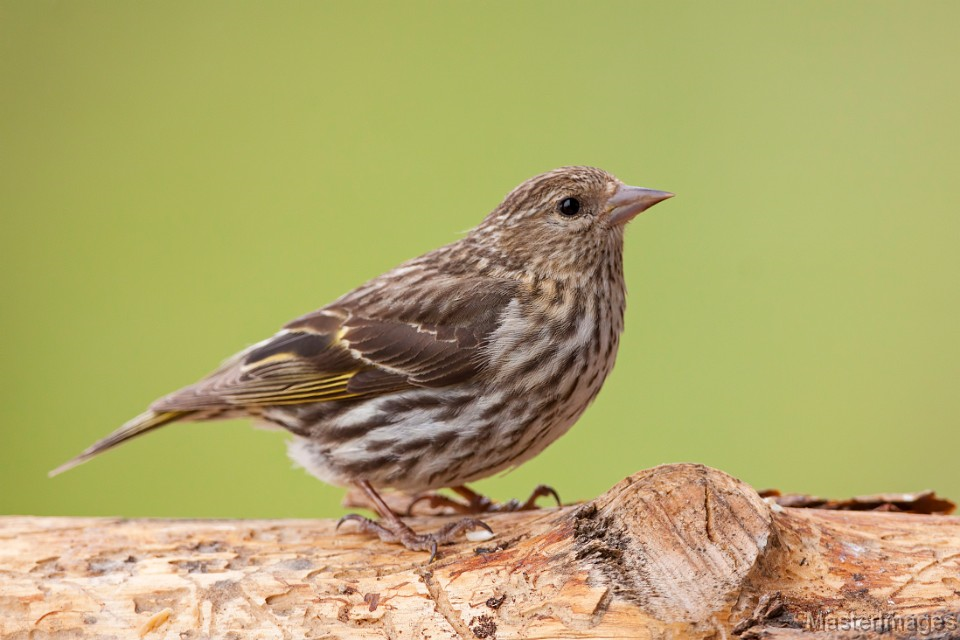 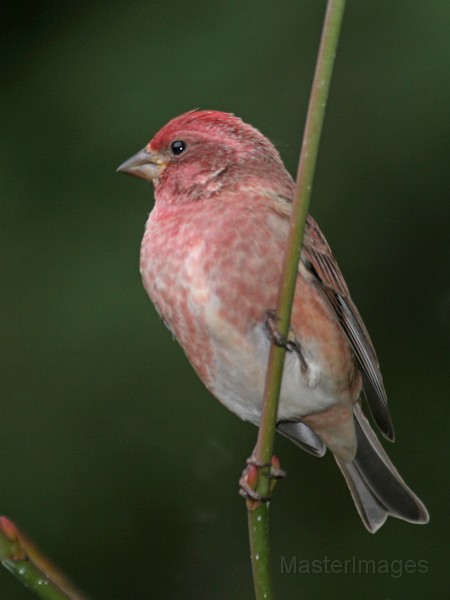 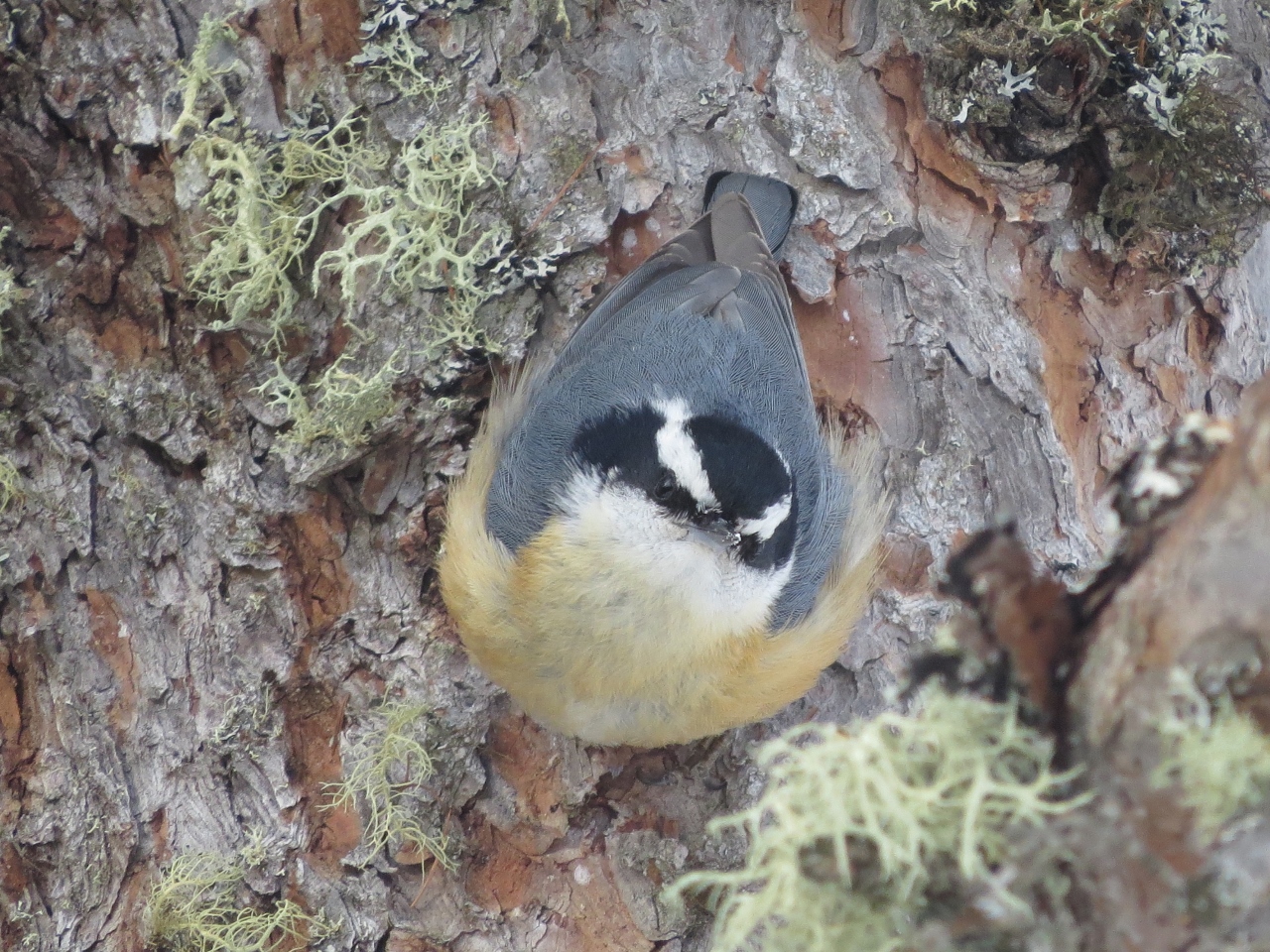 As we reached the end of our coverage area, toward the northern end of Bloomingdale Bog, we met up with the team that was covering the bog from the south (on skis). There is a Gray Jay feeder at this location and there were 6 friendly Gray Jays that we offered more raisins. 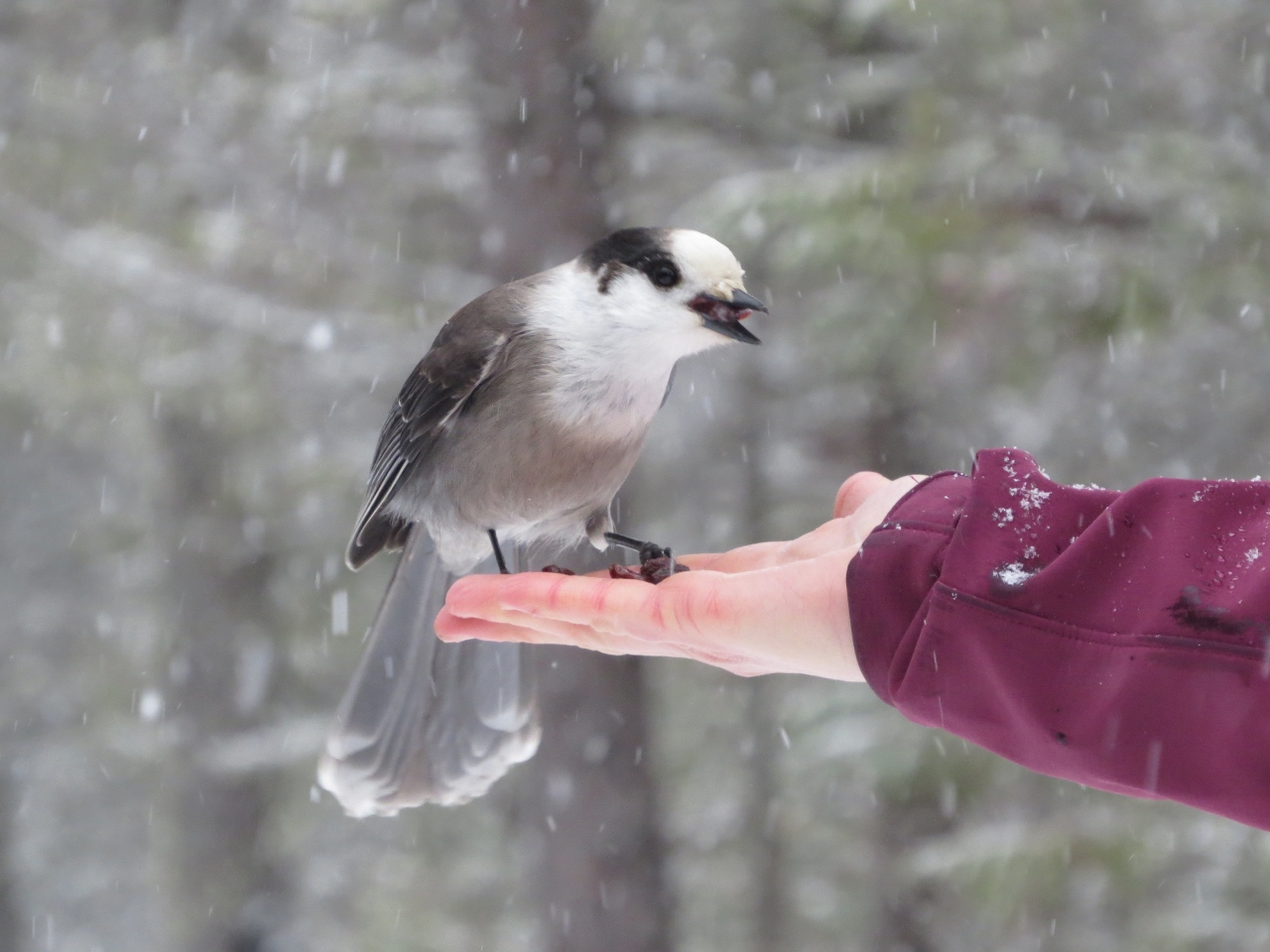 Once again, Larry Master held the Saranac Lake CBC compilation dinner at his Lake Placid home. There is always a fascinating group of wildlife enthusiasts that assemble for this event each year. After dinner, participants offer their bird tallies and there are always surprises. It quickly became apparent that this was a record-setting year. 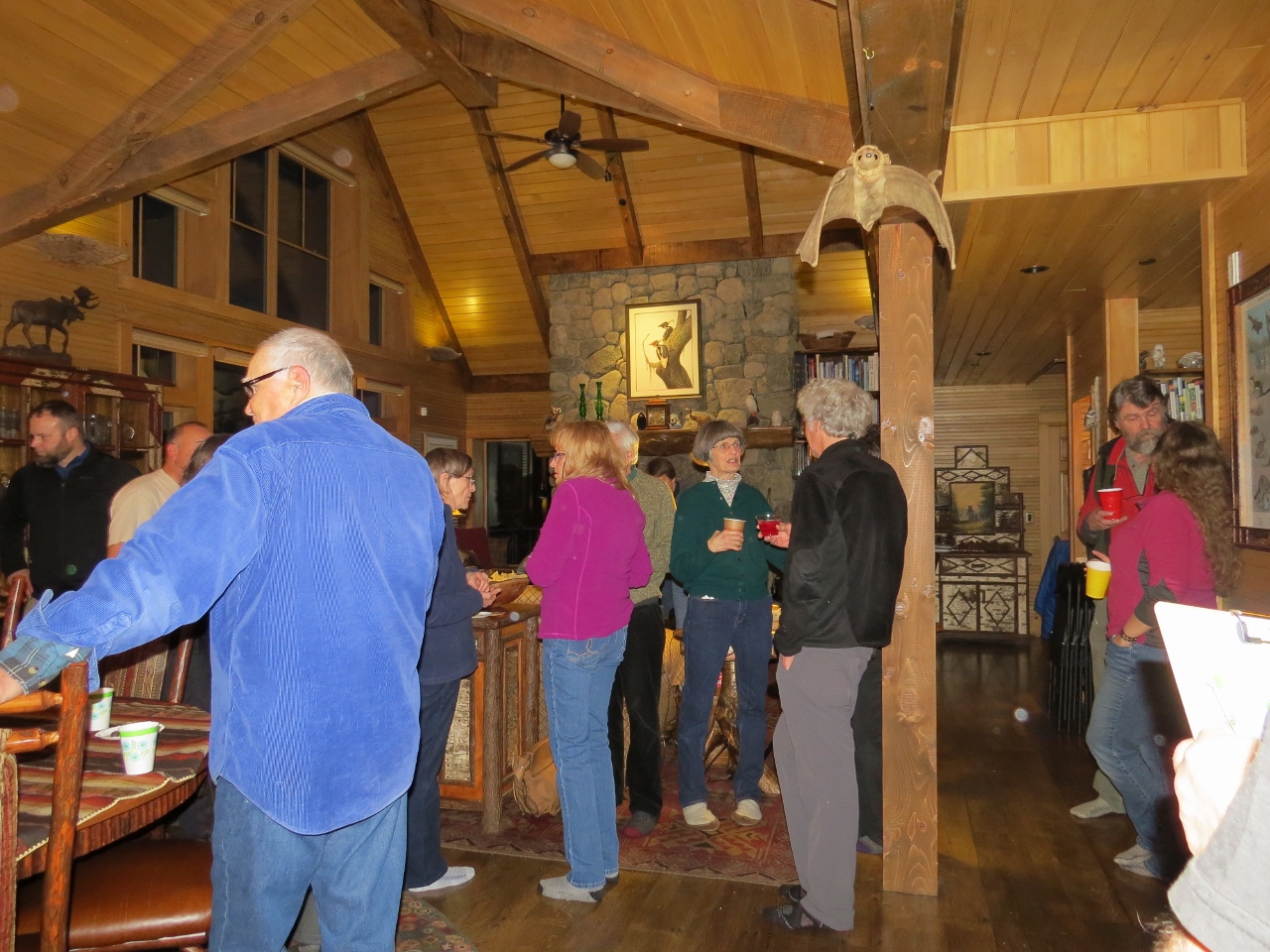 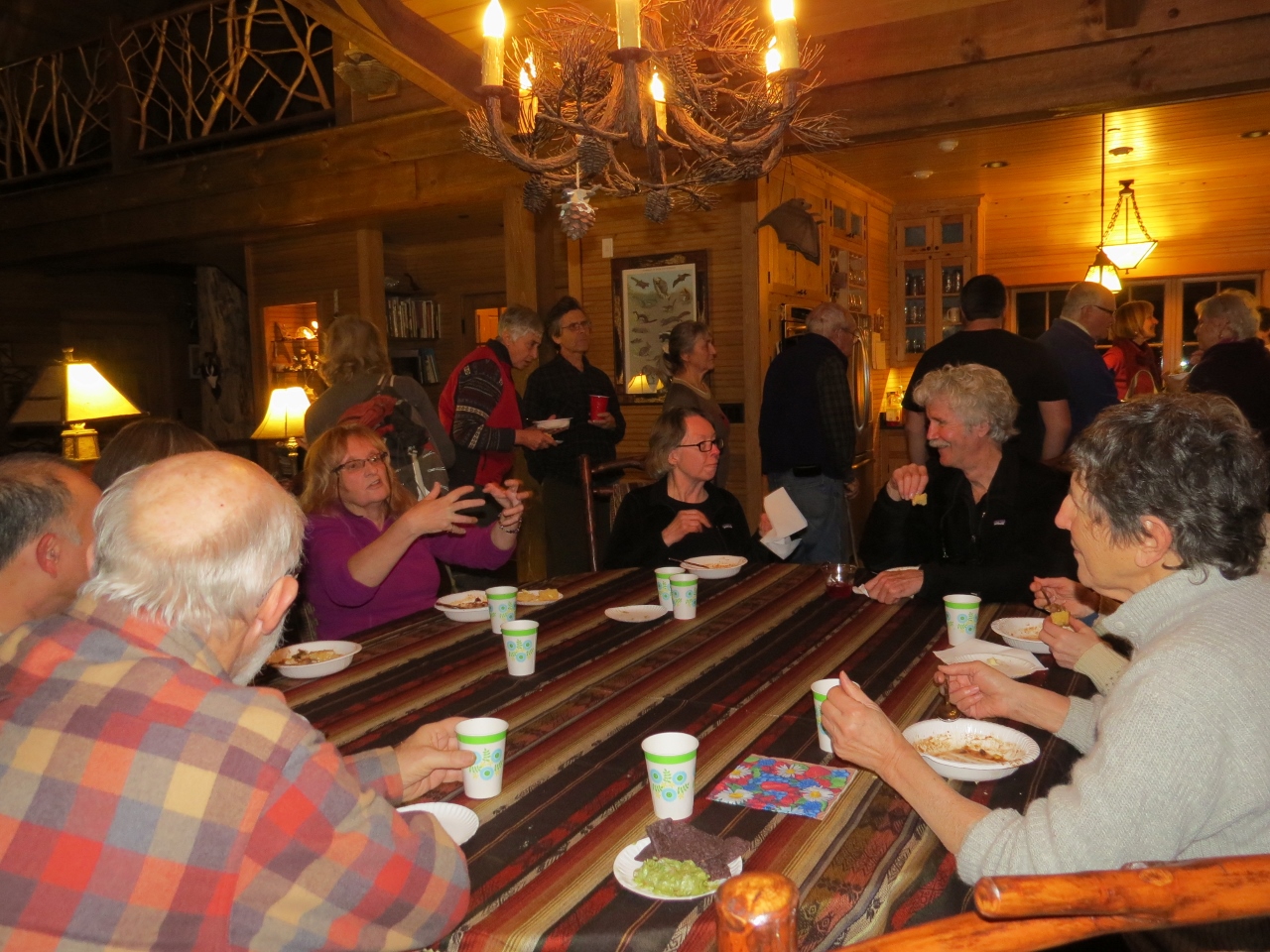 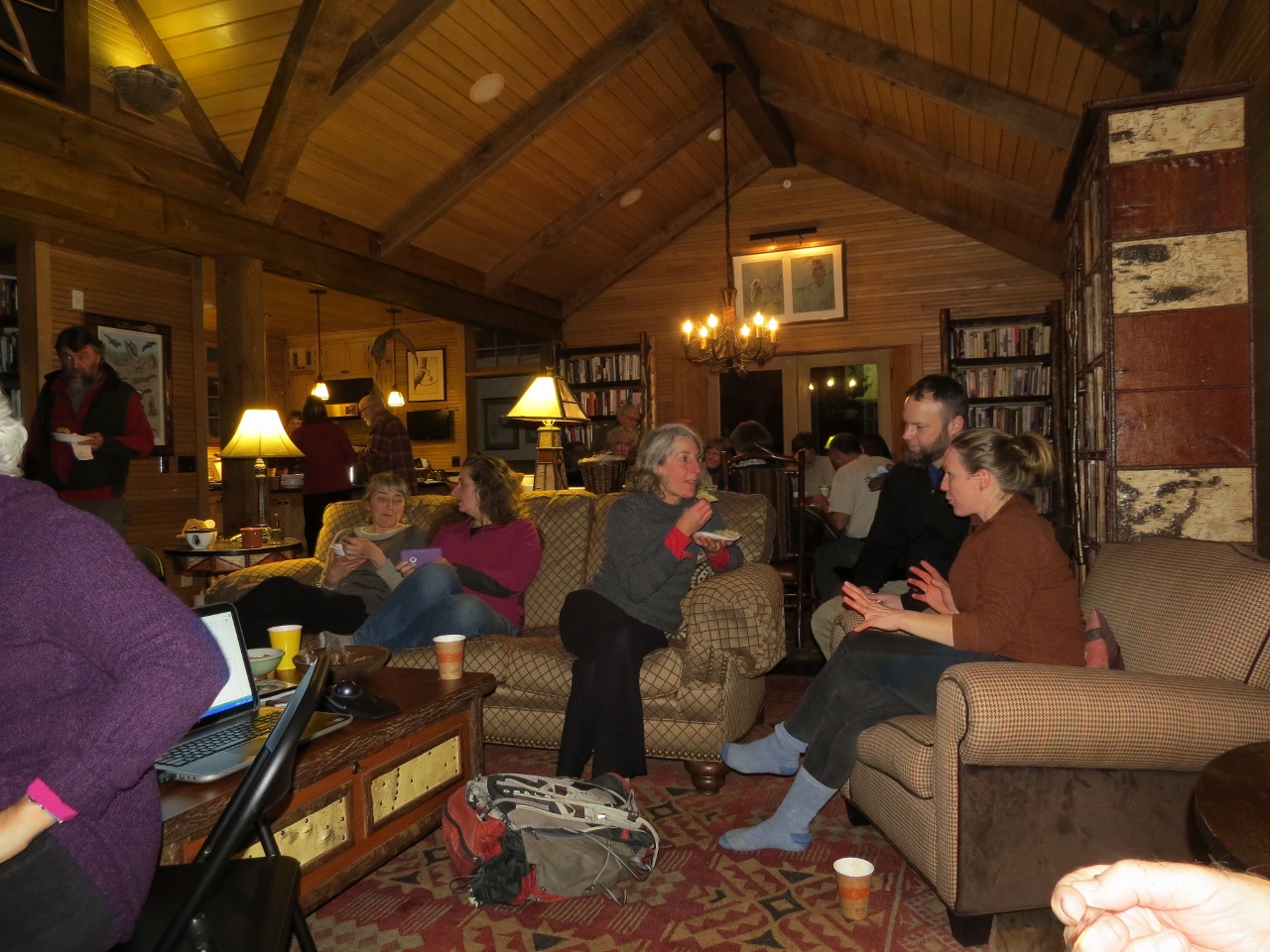 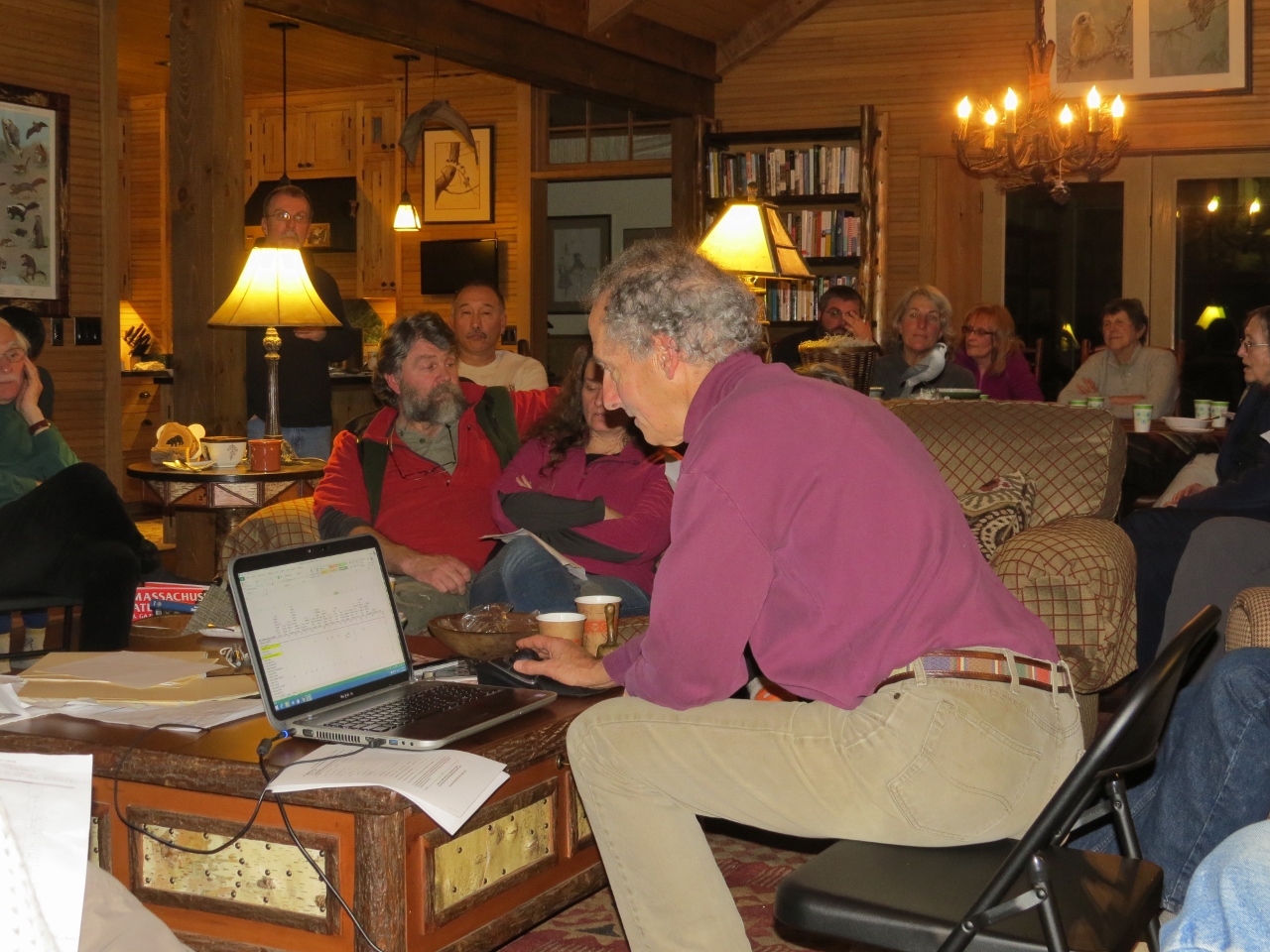 If you would like to participate in a Christmas Bird Count, you can check the National Audubon website for counts in your area. Our local Northern New York Audubon chapter website lists all the counts in northern NY. Contact the count compiler and you will be assigned a territory within the circle. If you are a new birder, you will be teamed with an expert. It can be a great way for new birders and children to learn more about the winter birds around them. You will be contributing important data as a citizen scientist in addition to having fun!

Several of the Saranac Lake CBC participants travel a long way to help count birds each year (some from out-of-state). Our area offers many great places to stay and a variety of excellent eateries to warm you up during the beautiful Adirondack winter!

Taking flight around the ADKs this week:

Eating out of the palm of your hand — literally.

Up close and wild.

Healing: From head to talon.

Descending by the thousands.

Winter white - it’s so in. Almost.