Summer in the Lake Placid Region is a wonderful time of year. And birding at the Intervale Lowlands Preserve in Lake Placid is one of the best ways to enjoy it. With long days and lots of singing birds, it is easy to tally up a great list of warblers and other species. Even better for me is that doing so is part of my job. As one of the many hats I wear, I conduct a variety of field research and I am fortunate enough to conduct some of it at Intervale. As a result I’ve been there looking for birds a few times of late.

Each time I go to Intervale is a bit different than the next. The habitats there vary quite a bit from coniferous to deciduous to the brushy edge along the AuSable River to the high grasses of several fields which compose the property. My work takes me in a different direction each time.

A Cool Start with Lots of Activity

The other day was chilly to start so I changed plans from surveying the shaded woods and hugged the river and the fields where the sun warmed the birds into activity. The cold air had knocked the biting insects back a stride and I had almost no annoyance from them as I walked along. I heard a Black-backed Woodpecker call at one of my first survey points and I watched as it foraged in a stand of dead trees. The local Yellow-bellied Sapsucker seemed agitated by this, calling and flitting around the larger Black-backed – perhaps wanting to stake a claim to the trees as its own. It may well have had its nest nearby. I would find all six species of woodpeckers regularly found in the Olympic Region during my time at Intervale that morning. 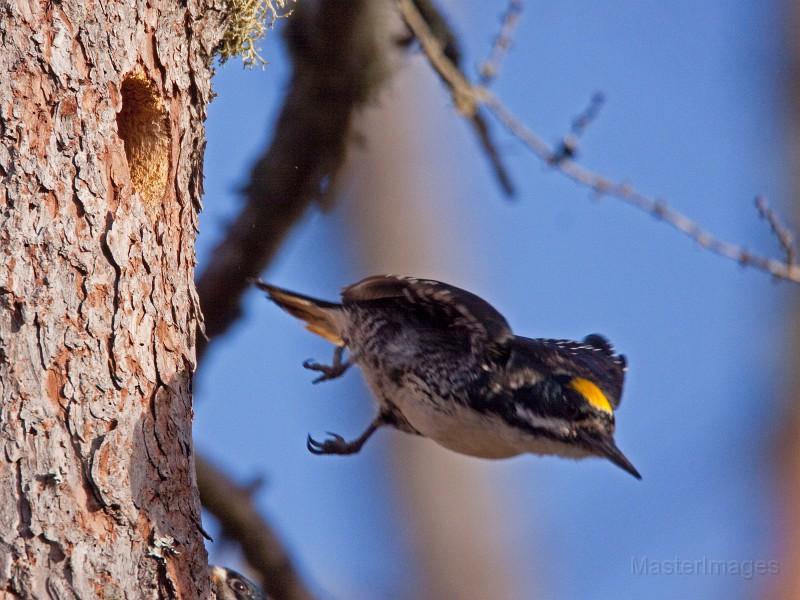 As I walked, Chestnut-sided and Yellow Warblers sang from the thickets along the water as did Eastern Kingbirds, Alder Flycatchers, Common Yellowthroats, and Song Sparrows. In a few places Spotted Sandpipers flew along the river – they are nesting some place along it – and I watched an Osprey cruise overhead. I stopped for a survey and listened to a Lincoln’s Sparrow sing from the field along the river. Barn Swallows, Tree Swallows, and Cedar Waxwings cruised overhead for insects while Eastern Bluebirds sallied down to the ground from a low perch. The Tree Swallows also took exception to an American Kestrel which sat for a time on one of the swallow nest boxes along the river and the swallows eventually succeeded in chasing it off to hunt for its meal someplace else. Whether a sapsucker or swallow, all birds have limits on who they will tolerate as their neighbors. 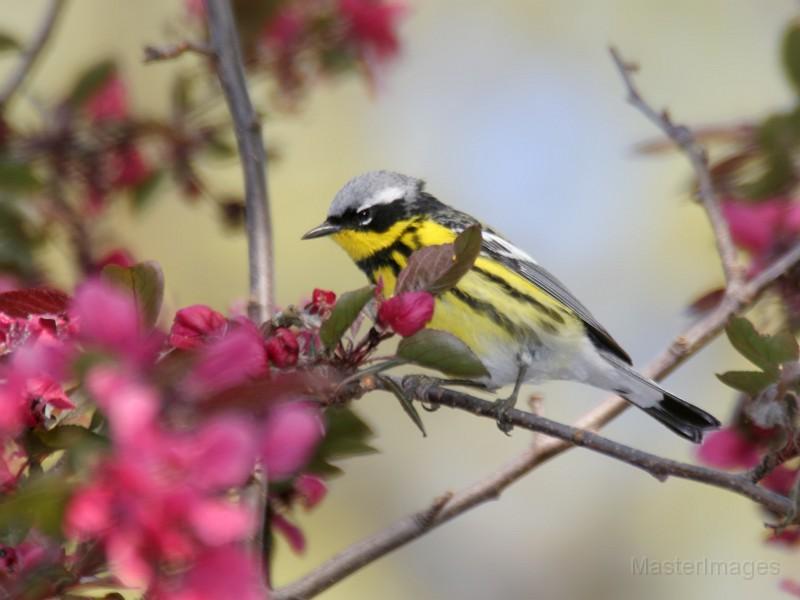 The bordering woodlands were also productive as I walked with singing Magnolia, Black-and-White, Yellow-rumped, and Nashville Warbler leading my way along the river. I usually find about 15 species of warblers each time I visit Intervale this time of year. Further along the trail I heard my first singing Mourning Warbler of the day – a specialty at Intervale. I would hear more as I went. I completed my work along the fast flowing AuSable and walked back to my car. But even though my work was officially finished, I was still finding birds – the previous week I had spooked up an American Bittern in this manner. No bittern was found on this day, but I did hear a Great Crested Flycatcher, an uncommon bird in the area.

A couple days later I was back at Intervale. This time I took a route through the more wooded sections of the property where, along with some of the other birds I’ve already mentioned, I found species like Black-throated Green and Black-throated Blue Warbler, Eastern Wood-Pewee, Veery, and Ovenbird. The morning also began with a few snowshoe hares – something I regularly see at Intervale. I paused and watched them hop in the road and along the edges of the path – seeming to give little heed of my presence. I finally had to move on to complete my work for the day. 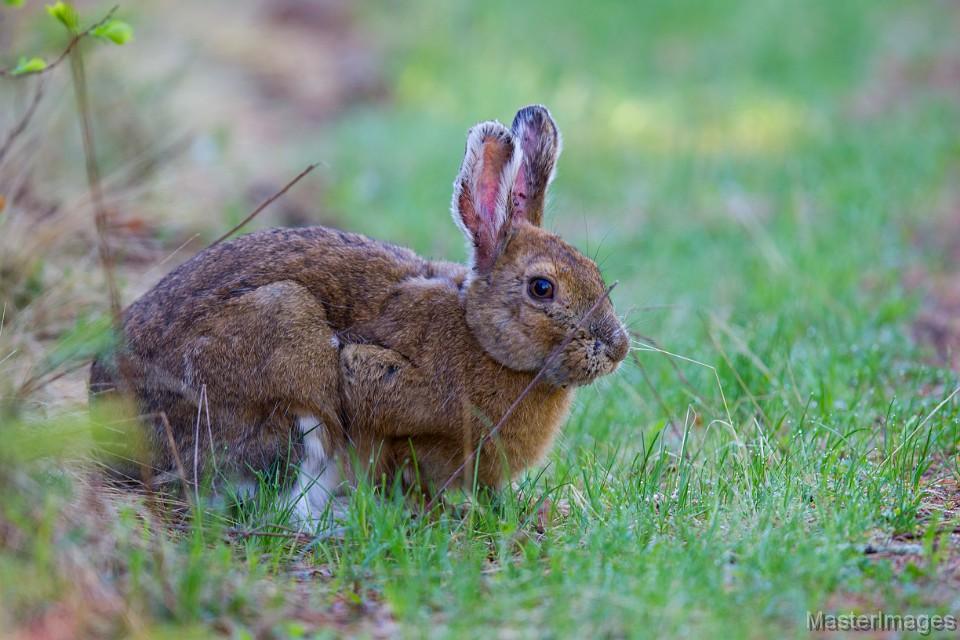 I eventually came to a stretch of tall trees from which a Great Horned Owl had been hooting softly the previous week at 8:30 in the morning. Instead a Canada Warbler – one of my favorite species of warblers – was singing loudly from the thick vegetation along the path. Further down the path I listened for Cape May Warbler which has bred on the property the past few years, but I came up empty on that attempt. With a fistful of warbler sightings already that day, I certainly did not feel cheated. I’ll have to check back again for the Cape Mays later. After all, this is great time of year to go birding at Intervale and the High Peaks Region, and any excuse to get out is a good one.

Check out our outdoor recreation, lodging, and dining pages to plan your upcoming birding or outdoor adventure!