Hidden Gems of the Adirondacks

Located near Scarface, the Seymour highlighted today is a much smaller version of the Seymour of the High Peaks (part of the Seward Range). It had been quite some time since I had visited this mountain and I wanted to give it another look. A good portion of this trip I would follow an old forest road to a trail, then a bushwhack to another trail, and then a bushwhack to the railroad, and eventually back to that woods road. It sounds a bit confusing but it was all planned out in my head, and on paper, and I was confident it would work out okay. So one morning I drove over to Lake Placid to start my 8-mile or so loop up and over Seymour Mountain with a short side jaunt down to Alford Pond. I decided I would try an old film camera of mine to get some interesting shots and then scan them into my computer later; film is tough business, I got a few decent ones, and they sure do have an old school look to them. 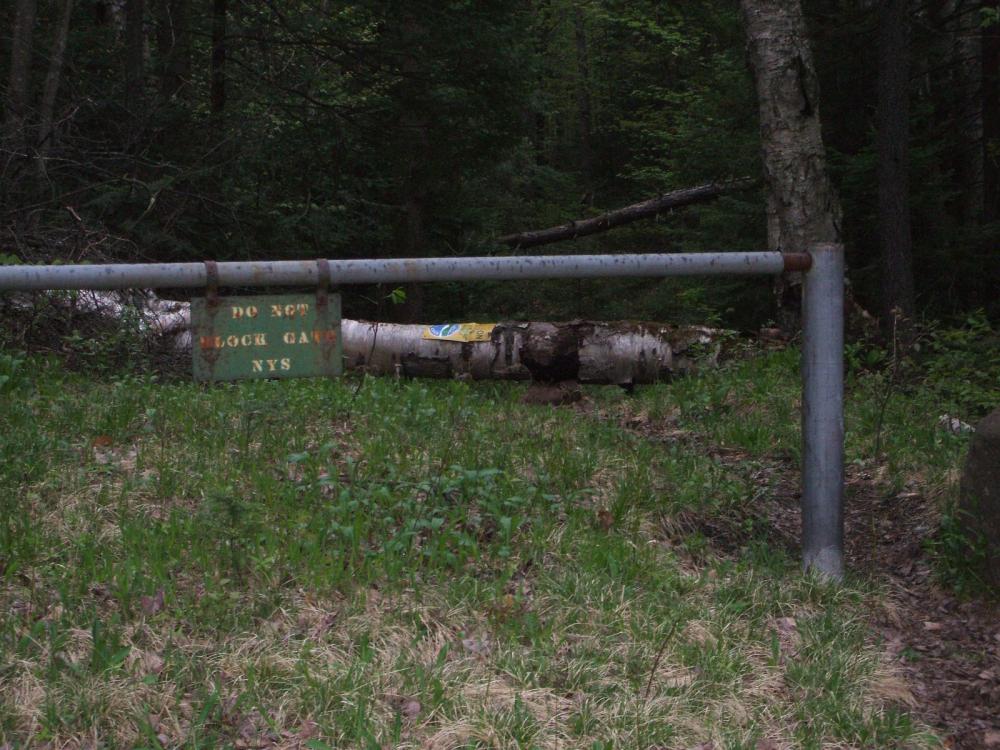 I started at Route 86 between Ray Brook and Lake Placid at the gated woods road, which is very easy to find and quite often has a car parked in front. The road was as I remembered it: a grassy, soft forest road, vacant of vehicular traffic and only scarred by frequent foot use. There were a few dead trees across the road, which is par for the course on an unmaintained trail. As the trail disappeared behind me, I was at the railroad tracks for the old railroad. A bit to my left, and up over an embankment, I located the old foot trail that I had used previously. I decided to name it “The Dam Trail,” because it in fact does lead to an old dam on the brook. Even though it's become much more obscure over time I still had no trouble following it. The narrowing corridor still has obvious use, but by whom? Maybe the local deer population or and occasional local from the area? Hard to tell, because the trail isn’t on any maps and surely doesn’t have a stellar payoff. 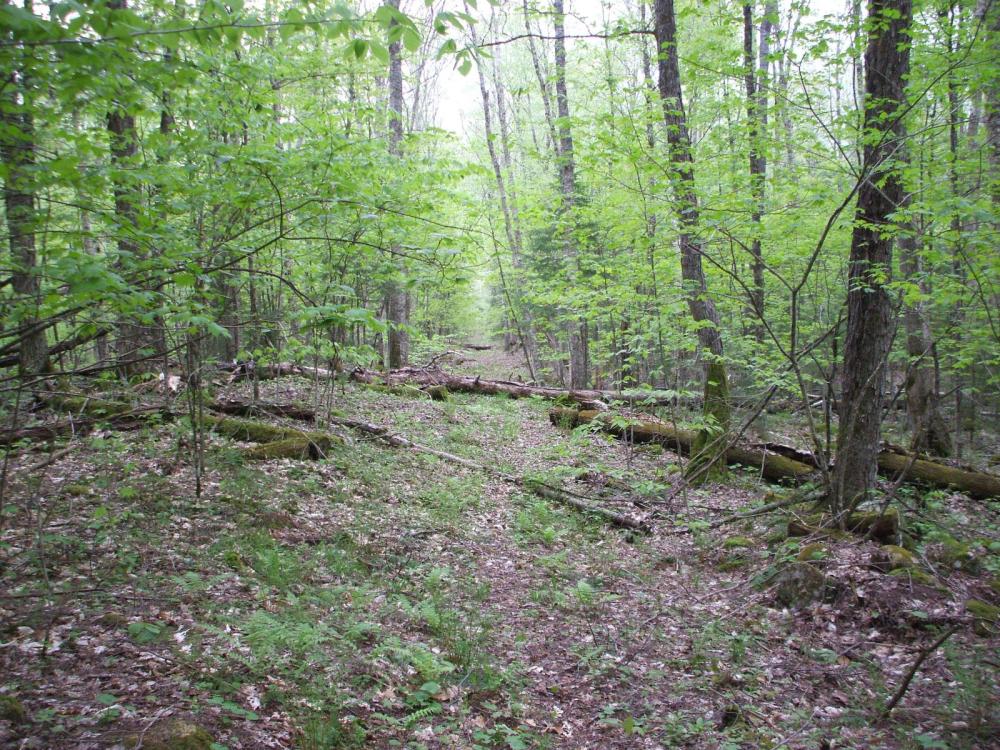 While continually climbing I couldn’t help but to snap some pictures of the local forest type, it has a unique feel. On a couple of occasions I did have trouble locating the trail and in one particular instance it was quite a wet crossing. The muck and mire was as wide and possibly as deep as I had ever seen, but I was not about to test its weight limits. With a swift foot, two trekking poles, and numerous random rocks and branches for bridges I was on the other side. Now the trail started to really climb, but again not all that demanding att the onset. Following through an attractive drainage the brook cascaded down the rocky slopes on my right. Crashing over rock and against the sides it was all my ears could concentrate on, it was quite relaxing. 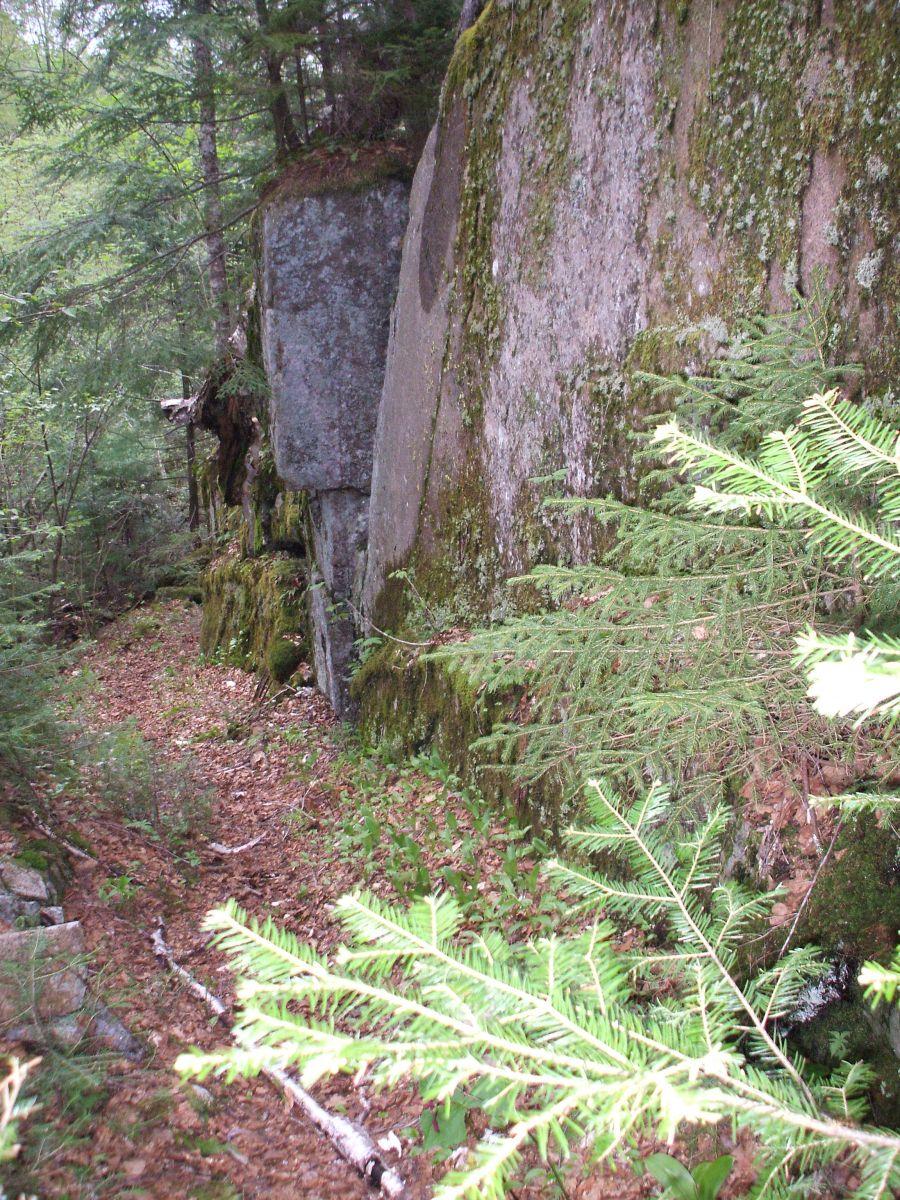 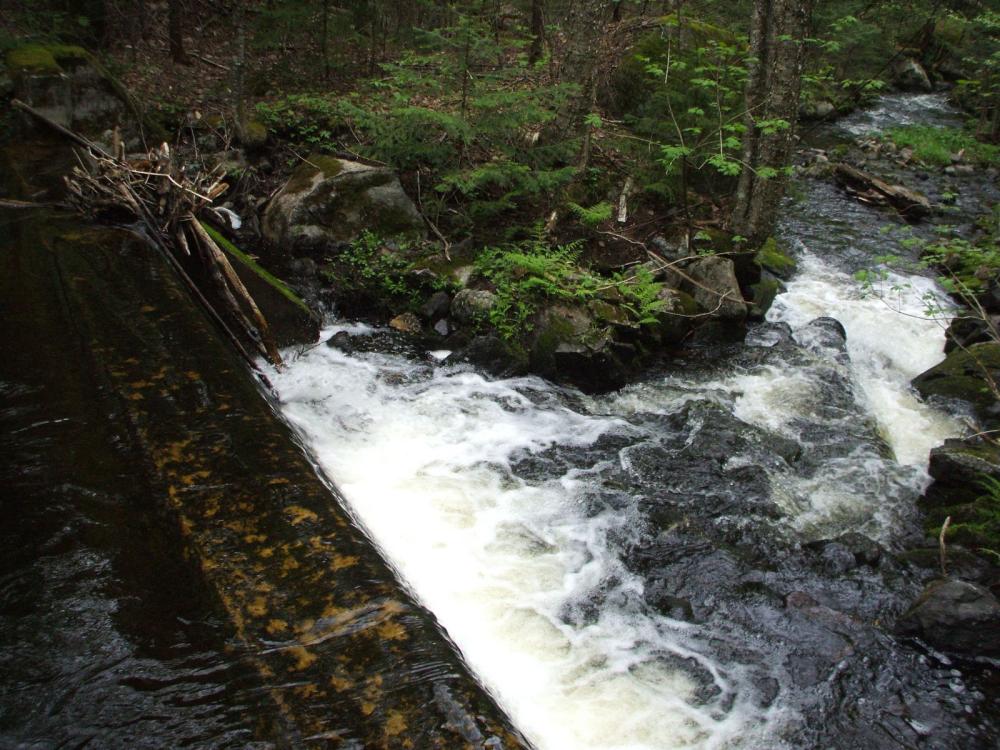 Standing now at the site of the old dam, I wondered what it is - or was - used for. It was now time for a bushwhacking session and to be honest I wasn’t looking forward to this portion. To clarify: not because it was a bushwhack, I love off-trail travel, but because the landscape is so nondescript. It's flat and there are no features to follow, I just have to keep an accurate heading toward the peak. The last trip through here ended up being me zigzagging through the forest and being unable to walk a straight course. The GPS track after that outing was interesting to say the least. Granted it’s only a bit over 0.5 miles of flat terrain, but when it’s flat with fully closed canopies it’s hard to keep on the positive course. However, I did it. I found what was a long shelf which just so happened to keep me heading in the right direction, with this aid, I didn’t have to confide in the GPS quite as much. 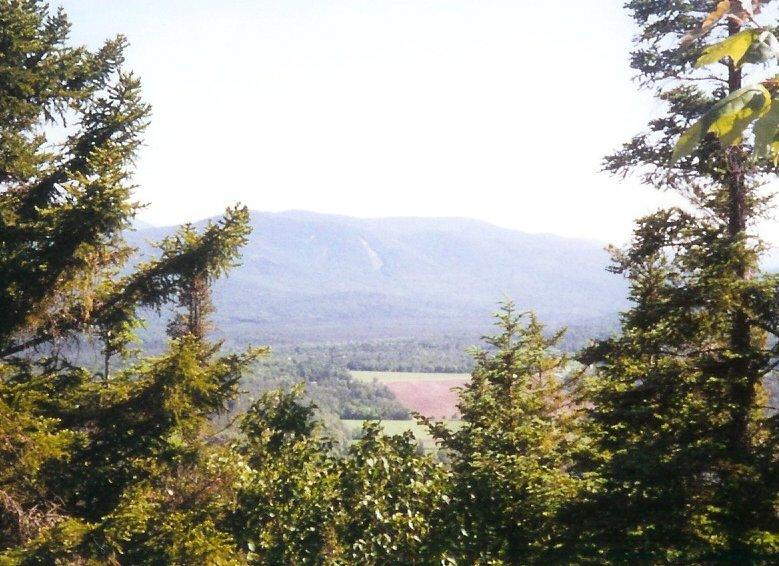 Then like clockwork the base of Seymour was before me, the steep slopes daring my passage. I bumped up quickly to a small knob on the shoulder of the mountain before I jumped full in to an all-fours type of assault on the mountain. The summit came quickly after that and again I stood atop the rocky knob named Seymour with outstanding views out over Alford Pond and beyond. The herd path from Alford Pond was still easy to locate and follow, so I decided to follow it down to waters for a closer look. The descent was steep, and I questioned my wanting to have to climb back up and over, but I was still feeling good. A few photos and a bit of exploring on the herd path got me to private land where I turned around. 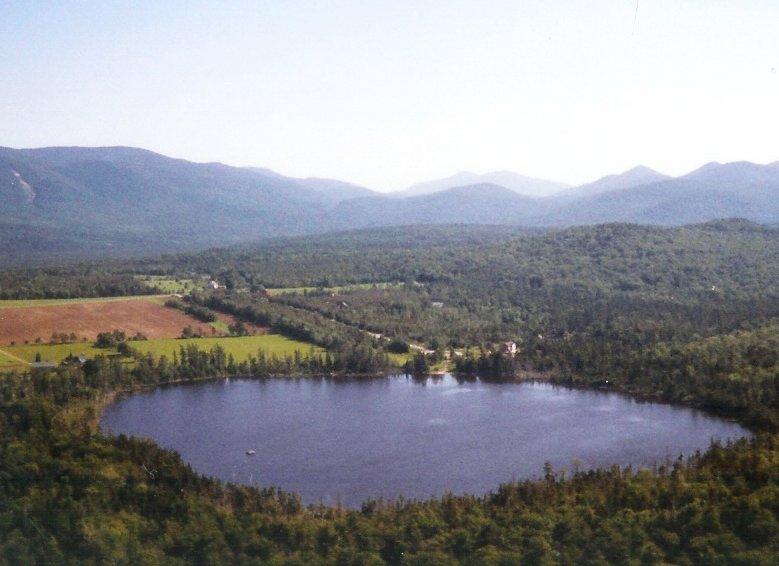 The climb back up was itching in my mind, so I didn’t hesitate - and in all actuality it wasn’t that bad. Soaking in the views one last time, I broke out my bagged lunch for the added energy to descend down to the railroad. Heading just east of north, I started to down-climb. The slopes were not all that steep, but the footing was a bit unstable in areas. Loose rocks tortured my ankles and the bottoms of my feet, but soon enough I was in the clear. I approached a few of the steeper slopes and rock ledges in the interest of finding additional viewing opportunities, but none arose before me. As I found them to be lacking in views I didn’t hesitate to pass right on by and head north right to the railroad tracks.

Now on the railroad tracks I had about a mile and quarter of railroad tie-hopping that I needed to do. The ties are just not easy to walk, the distance between them is awkwardly spaced and gravel to fill the voids was not fun to walk on either. I managed to stay on the side of the tracks as much as possible, where the sand would allow for me to walk more comfortably. Hiking the length of a railroad track is not a fun undertaking, one for which I never really thought about before, because I had never really done it for quite this long of a distance, where a mile seemed like three. I exited the course of the railroad and got back on the old forest road I started on earlier, and happy to do so I might add.