After taking a spill earlier this ski season using skinny, in-track skis on soft trail snow, I decided I needed to upgrade my trail skis for something different. My old Karhus were woefully shot, which was why I was using the skinny skis in the first place. And so, a few weeks ago, I started looking around at area ski retailers and online to determine what I wanted to purchase. I already knew I liked the concept behind the design of the Fischer off-track series of skis, but I wanted to check out everything to help make a more informed choice.

After a few phone calls and ski-snooping on the Internet, I made my way to Cascade Cross-Country Ski Center in Lake Placid, where I was confronted with a large selection of choices and options for my decision. Like other ski retailers in the area, Cascade gives you the option to test out potential skis on the trail, and they quickly lined up a series of skis for me to check out, all of which fit the parameters of my skiing goals. I took each pair on a wide loop of Cascade’s trails, enjoying the chance to ski on great, groomed conditions as I made my choice. I don’t generally enjoy shopping, but skiing while I do it makes it a lot more palatable – even fun! 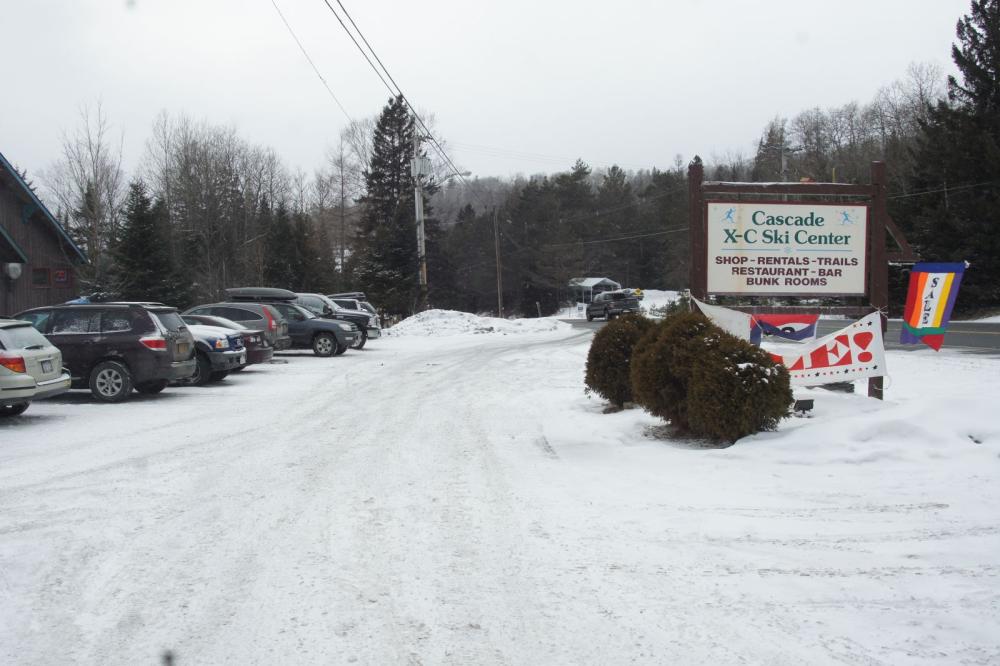 I returned back to the lodge, happy for the chance to ski and thinking I was ready to make a call on the exact pair I planned on buying. But as I chatted about ski gear with the Cascade staff someone said, “If you are interested in those skis, you should try out these pairs as well.” After all they had a lot from which to choose and their end of the season sale was happening. But alas, by then we were out of time, my decision was put on hold. A few days later I returned to test out a few more pairs, having another nice time out on Cascade’s trails in the process. In this way I tested Fischer 68s, Fischer Spiders, Rossignol 70s, Madshus Eons, Alpina Redtails, and checked out several others. It is a great way to compare what you want with what they have in stock. In the end I settled on a pair of Fischers as I originally expected, but I am now armed with a better understanding of the ski selection which is out there.

Happy with my choice and excited to be back on their trails, I returned to Cascade simply to ski, this time armed with a ski pass for the rest of the season. The place was hopping with Nordic Weekend excitement and I stopped briefly in the lodge, where a band was playing. I then made haste to cruise on fast trails. I also paid to head over and ski for a while at Mt. Van Hoevenberg. Conditions were incredible everywhere I went and I covered miles of ground before I stumbled into the lodge exhausted from exertion. It was the best ski I had this year after a shoulder injury had slowed my season. 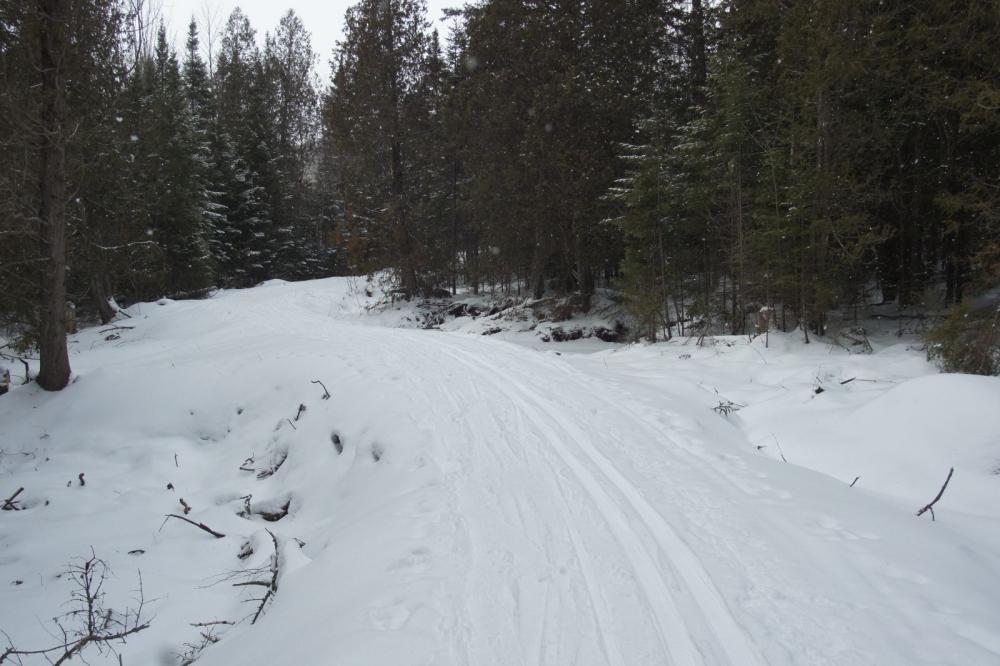 Returning for Another Great Ski

A few days later Cascade called me to let me know that my skis were getting fitted with bindings and would be ready for me to pick up. As if I needed more motivation to return. I was already planning on heading back for another great ski. And so off I went off on their trails, once again flying along on set track and taking advantage of our fast conditions. I'm sure it won’t be the last time this year. After all, although spring is approaching, we still have at least a few more weeks of good skiing ahead of us before the opportunity is gone. And my new skis sit at the ready, just waiting for Wren and me to head out on one of the many nearby trails for a day of exploring.

For those looking to visit the area, March in the Adirondacks is often an excellent cross-country skiing month. Lodging and meal options abound, and prospective shoppers should check out the local ski retailers for end of season sales.