What started as a few scattered early reports of Snowy Owls turned into a flood of owls seemingly overnight.  While Snowys are not uncommonly found in places in the northeast during the winter, this year they are staging an invasion.

A friend and I went birding north of Plattsburgh a few weeks ago looking for Snowy Owls at the beginning of the movement.  We found none, but that day a Snowy was found on the Vermont side of Lake Champlain.  Two days later someone found a Snowy near Chazy, but the owl was gone the following day.  Two more owls were found in fields near Essex over Thanksgiving weekend, but again they weren’t found again.  A Snowy Owl was found in Keene just last week and stayed for a few days before being clipped by a car and taken to a wildlife rehabilitator.  Another was found near Plattsburgh this past weekend.

Most of the owls which come through our region will pass through the Champlain and St. Lawrence Valleys where there are more fields and open landscapes than there are in the forested Adirondacks.  There are also many reports of Snowies from Vermont where the farm fields are a suitable surrogate for their tundra home.  Just in the past few days there was a report of 5 Snowy Owls near Watertown, and another report of 3 owls sitting on a single line of hay bales up along the St. Lawrence River. 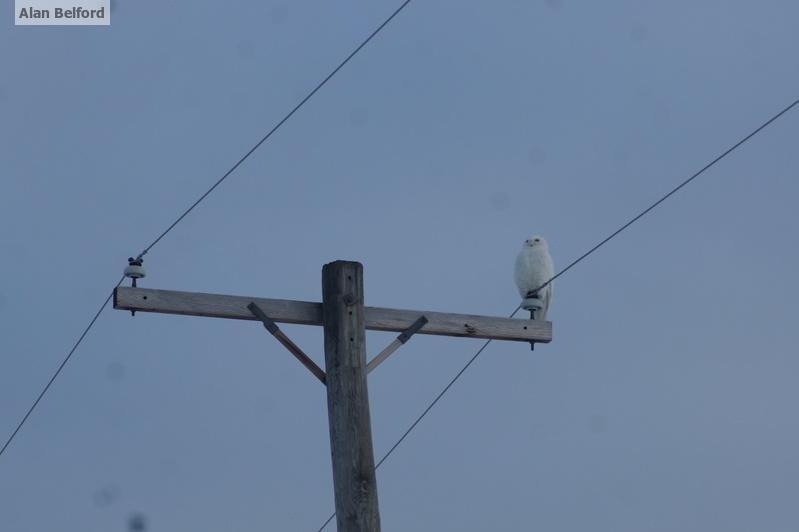 Given their penchant for open landscapes in which to hunt, the owls are also drawn to airports where unfortunately they can collide with planes.  There are already reports of Snowy Owls in Logan Airport in Boston and JFK in New York City.  And the last I heard there are perhaps 8 Snowies at Hancock International Airport in Syracuse!  I stopped into the Adirondack Regional Airport in Lake Clear on Sunday, but didn’t note any.  But it is worth keeping tabs on the airport should any arrive.  Other places in the region to keep an eye on include the fields in the Champlain Valley and places like the Adirondack Loj Road.

Many of the owls in our region will not stay long.  Many of them have already pushed through to places like coastal Massachusetts, New Jersey, and states along the Atlantic coastal plain even further south.  I saw a report of someone finding 18 Snowy Owls in coastal Massachusetts, and another of 11 Snowies in coastal New Hampshire!  There are even reports of Snowy Owls in North Carolina and one report from Bermuda!  This invasion is historic.

But with all of the excitement that the numbers of owls brings must be set in an understanding of why they are here.  The truth is many of the owls come down to our region in poor condition.  Often the owls move after large numbers of birds were raised in nests during the arctic summer.  The young birds then find it difficult to find enough to eat - they are often not adept at hunting and may be pushed out by older owls during leaner times. That’s why many of the owls which move south in such years are often young birds.  Early sightings suggest this is true this year but only time will tell if that trend holds. The owls which have arrived in our region have likely been feeding poorly for months and as cold temperatures and snow make their food more difficult to find as the season changes, they are forced to head south. 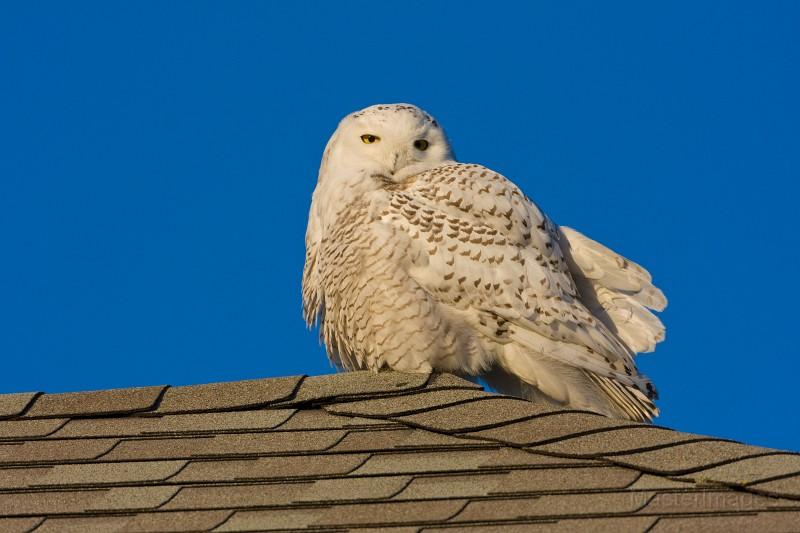 And so they fly hundreds of miles south to open fields and marshes to hunt.  Current indications suggest that the owls are moving out of the eastern arctic and Greenland and they have even been observed flying over the ocean and sitting on offshore buoys!  But the lean diet on which they have been subsisting coupled with the long, energetically expensive flight south takes its toll.  The owls often arrive starving and many of them will succumb as our temperatures drop and snow piles up.  The owl in Keene which was taken to a rehabber was emaciated and dehydrated.  I haven’t heard how it is faring.

It is for this reason that it is important to remember that birders and photographers interested in watching the owls must not approach them too closely.  Owls which are disturbed are spending unnecessary energy which they need to conserve to survive.  Even a seemingly slight amount of energy can be catastrophic for an owl’s chance to live.  And so hikers, birders, photographers, and dog walkers should all be very careful not to approach the Snowy Owls.  Owls which appear unusually sleepy, sluggish, or disinterested in their surroundings are often in bad shape and it is likely worth calling a local wildlife rehabilitator to try to help them.  So keep your eyes open as you travel this holiday season – you could witness this amazing invasion!