At this time of year as temperatures drop and winter is coming, wild animals are preparing for the cold.  Most of our bird species migrate out of the region.  Bird species that stay as well as mammals that remain eat a tremendous amount of food to build fat reserves.  Many of our mammals drop their metabolism as a means of saving energy and sleep through much of the winter.  Others are active all winter, and a few of them go through a transformation in color to help afford them better camouflage.

Both snowshoe hares and short-tailed weasels change their pelage (the technical word for the fur on a mammal, like plumage in birds) from the brown of summer to winter white.  And that change happens in the late fall as winter approaches.  As such, both species are as well concealed as they can be year round – taking on the color of their background in what is a seasonal chameleon-like alteration to their appearance. 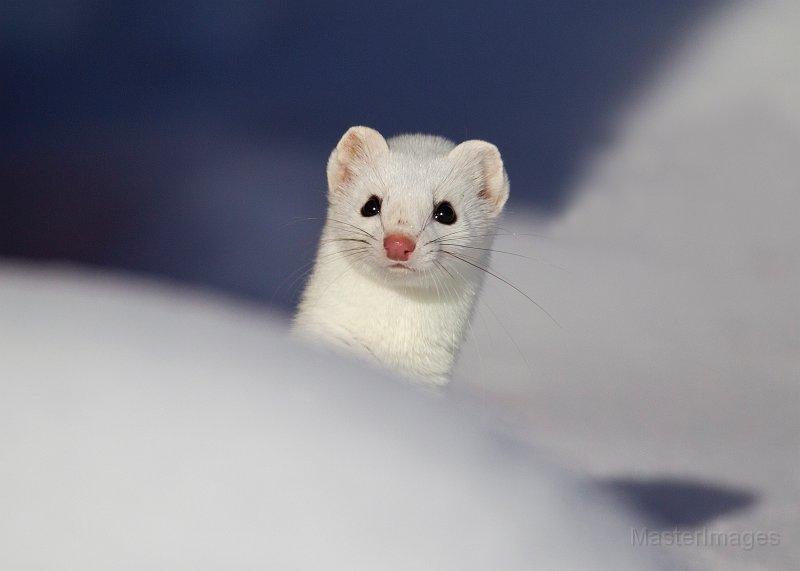 And the results can be quite striking.  While the cryptic coloration of both species is good year round, I see hares regularly during my summer field research.  Part of that may just be that I’m out early in the morning on a daily basis as I study birds.  But part of that may also be that the hares appear invisible during the winter months.  I’m outside cross country skiing or snowshoeing almost daily in the winter but I rarely find hares.  I have to be content with seeing their tracks.

Short-tailed Weasels are often called Ermine and are also well-known for their winter coat remodeling.  It helps them hide from potential predators such as coyotes or hawks and it also affords them camouflage as they hunt for mice, voles, and other rodents.  They will also eat birds, eggs, and will take young hares and rabbits if they can catch them.  Their relative the larger Long-tailed Weasel can catch some of these larger prey species and in the northern parts of its range (which includes portions of the Adirondacks), the Long-tailed Weasel also changes its coat color.  The same is true of the smallest weasel in North America (which is not an Adirondack species) – the Least Weasel. 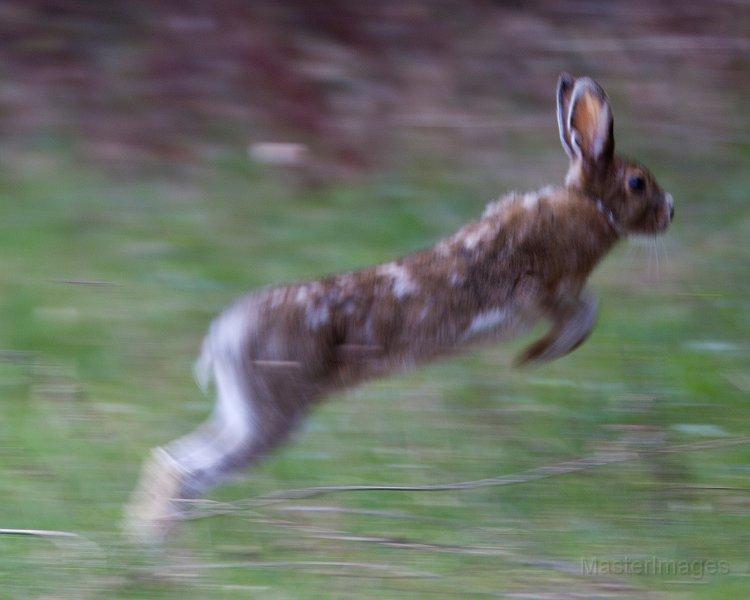 The Ermine is our most common weasel in the region and the member of the weasel family that I see the most.  About a year ago some friends and I were birding at Intervale Lowlands in Lake Placid and found one in its red-brown summer coat ducking in and out of a brush pile, simultaneously frightened and curious about our presence.  It was very cute and cool to watch and we stood still for several minutes while it assessed us before disappearing altogether.

If you should find a weasel or a hare in the near future, it will likely to be a patchy mosaic of white and brown as it molts through its fur into its winter colors.  But, since the ground this time of year is often a mixture of the white and brown of the snow and leaves, they can still blend right in.  After all, the changes in these species are just one more way that we find things transitioning during the fall when the region transforms to a frozen white landscape.