With the next week predicted to be chilly and wet, Wren and I took advantage of a warm day to hike Scarface Mountain in Ray Brook.  Scarface is another of the Saranac Lake 6ers and offers a variety of habitats and scenery throughout the hike.  With hunting season underway I had Wren don her bright orange vest which gives her the look of a super hero in a cape as she races down the trail, and we headed out.

For the first couple miles the trail winds up and down through coniferous forest – pines with a thick balsam fir understory.  I often hike this portion of Scarface in the fall when it is wet and muddy elsewhere because the trail is generally not muddy and the footing is easier without fallen leaves hiding roots and rocks.  We passed several small flocks of birds as white-throated sparrows called from the firs, and black-capped chickadees, golden-crowned kinglets, and red-breasted nuthatches called from the trees above.

About a half mile along the trail, we reached Ray Brook where there is a high and fairly elaborate bridge spanning part of the water.  Superhero cape or not, Wren does not particularly enjoy crossing the bridge where she can see through the wooden slats, and prefers to hop down to wade through the water to smell what the local beavers have been up to.  This time was no different and after tentatively crossing the bridge she took a brief swim while inspecting the beavers’ work.  Their lodge and dams stood just upstream from the bridge with a line of golden tamaracks stretching behind them. 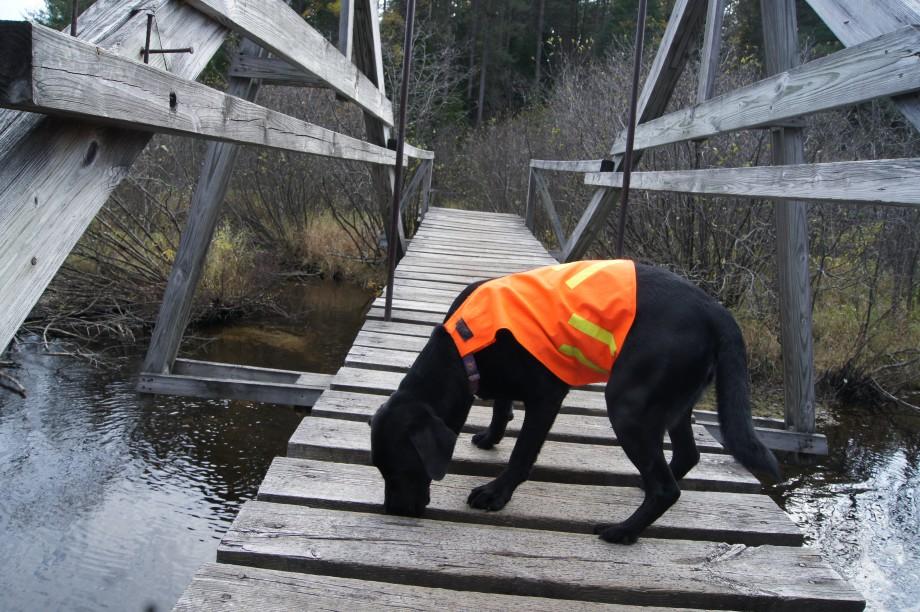 We made good progress through the coniferous forest until we reached a small, picturesque stream at about 2 miles. Wren jumped in to cool off and get a drink.  Just before the stream, the forest changes markedly and we were soon in a beautiful deciduous woodland with lines of eastern hemlocks along the stream itself – my favorite part of the hike.  The trail followed the stream for a spell before branching off.  And then we began to work.  The trail climbed steadily, zigzagging its way up the mountain.  I trudged up, pausing here and there to drink some water and check out whatever birds, such as a lone winter wren, I could conjure to distract me so that I could rest.  At each stop Wren waited, seemingly unconcerned by her workout.

Eventually we reached a very steep section of trail that scales and crosses a wet rock face.  I was debating turning since Wren had been nursing an injury, when she was already up it ahead of me.  Rather than call her and have her run pell-mell back to me and attempt to take flight with her cape, I followed, hoping I could keep her slow on her descent on the return trip (which thankfully I was able to do).  We clambered our way up the face of the rock, using a switchback that makes it a great deal easier to handle.  Anyone who hikes Scarface should use it.

After the steepest section, the trail eventually emerges on a ledge with nice views to the west, southwest, and northwest.  I took a few photos and drank some water.  From the ledge, the trail is fairly easy and we rose up to hike along the ridge that runs along the top of the mountain.  There are a few other potential views found via bushwhacking, but I chose against beating our way through the trees.  The summit itself does not have a great view, but the forest along the ridge line is a pretty spruce fir forest and we eventually stopped for some water before turning around. 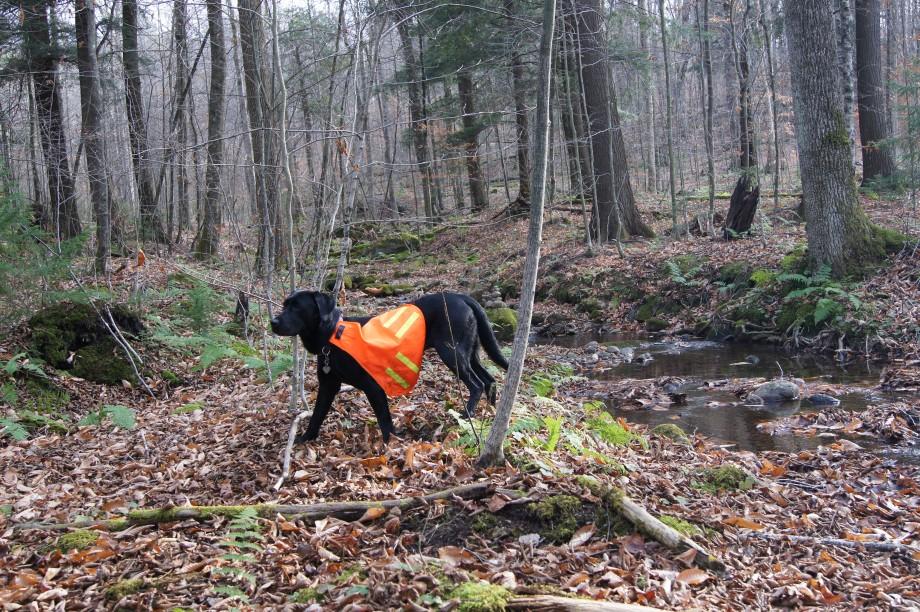 We retraced our steps taking our time through the steepest sections and biggest drops, although Wren would have preferred faster progress than I was making.  Once down the steepest grade, the rest of the hike cruised along and we made it down with plenty of daylight, taking us between three and three and a half hours total.  After a good dinner we were both ready for sleep.  After all, even superheroes need their rest.