This past week I headed to Vermont to meet up with a friend and I used the drive to look for birds on both sides of Lake Champlain.  After my successful stop at Noblewood (see my blog on www.lakechamplainregion.com for 9/12/13) where I found semipalmated plovers, greater yellowlegs, and least sandpipers, I worked my way around the New York side of the Lake.  There wasn’t much in Westport, but there were a few gulls and ducks near the boat launch and the sewage treatment plant.  And killdeer were spread out feeding across many of the lawns and fields.  I looked for anything odd mixed in with them, but didn’t see anything.  Then I headed across the Crown Point Bridge.

The Vermont side offers Dead Creek Wildlife Management Area, and I stopped in quickly and I bumped into a couple of other birders.  They had found a Baird’s sandpiper and after we stood for a while we also noted three pectoral sandpipers and a calling greater yellowlegs.  Not long after that a small flock of semipalmated sandpipers flew in.  I would have liked to linger longer, but needed to go and I continued on to my friend’s place. 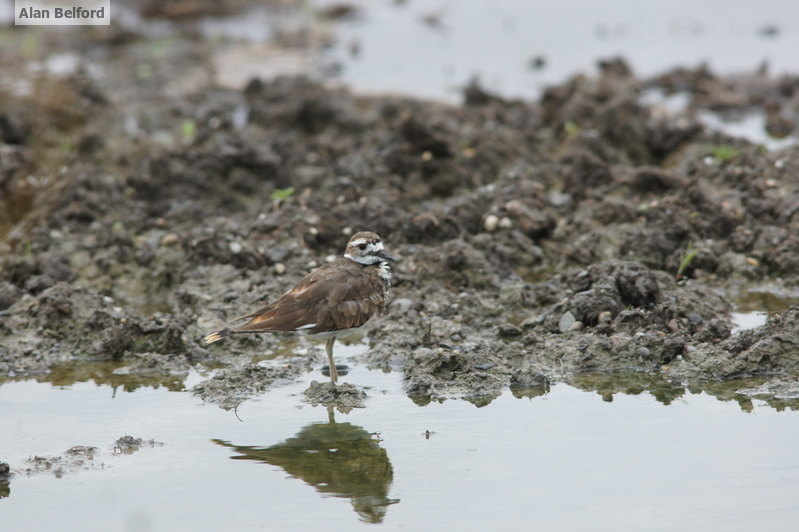 On my return trip, I looked at some recently plowed and flooded farm fields not far from the Crown Point Bridge.  In places where rain water had pooled, there was a nice variety of shorebirds.  I soon tallied spotted, solitary, and least sandpipers.  There were also many killdeer spread across fields on the Vermont side and one set of puddles held a lesser yellowlegs and a dozen Wilson’s snipe, a fun bird to see if only because they appear so awkward with their long bills.

But the real prize was 5 American golden plovers on a flooded field in Vermont.  The migration pattern of golden plovers is interesting – they generally migrate north through the center of the country, but fly south along the eastern seaboard.  That’s when we have a chance to find them in our region.  In fact, just a few days ago an American golden plover was noted by another birder at Noblewood Park in Willsboro.  There are also reports of sanderlings at Noblewood and of black-bellied plovers in the fields south of Paul Smith’s. After watching the golden plovers for a while and hoping they’d come in closer for a photograph (which they didn’t do), I headed back and stopped in Dead Creek Wildlife Management Area again on my return.  I found pectoral sandpiper and greater yellowlegs again.  Then I worked my way home, happy with my tally of 12 species of shorebirds. 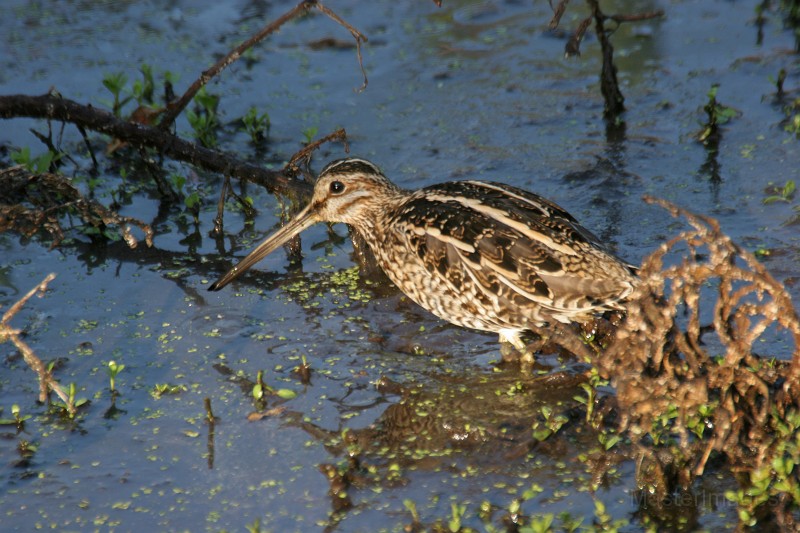 While these shorebirds are spread across a wide area, there are other places to check out for them in the region.  These include Noblewood and the Chazy Riverlands north of Plattsburgh, and the surrounding farm fields of both the Champlain Valley and the Adirondacks themselves.  But they won’t be here long – I plan on heading out this weekend to see what I can find.