After several postponed trips for the Lake Placid 8th Grade class we were finally on our way to do a team building trip on Owl’s Head. This is an annual event for High Peaks Mountain Guides and the Lake Placid Central School District, which always ends up being an interesting and fun day.

Cooler weather in the morning delayed the start of the day but it was worth the wait, soon the sun warmed up the area and the temperatures were much friendlier. While a small group went kayaking, another tried stand-up paddle boarding, a third was rock climbing and a fourth tore up the trails mountain biking. Our group would be number five; we were to head up Owl’s Head in Keene for the early afternoon.

We were a large group of two guides – me and Andy, three teachers and 12 students – slightly over the day use limit, which we did obtain permission to do as a school event. Just in case you were wondering 15 people on a hike is the limit for the High Peaks Region without prior permitting. 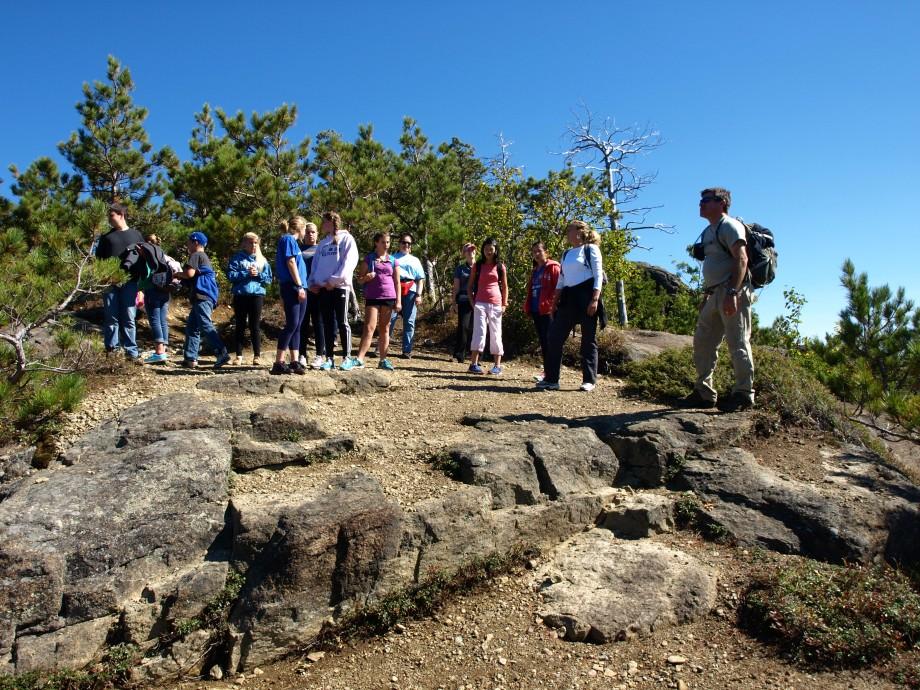 After brief introductions we were off and moving up the well-trodden trail at a decent little clip. This was possibly one of the most talkative and energetic groups I have even worked with, the day would prove to be all but unexciting.   The group we could see was already working as a team to keep everyone motivated as we crested the first rise at the initial viewing area. We pushed on and found that some were ever so ready to be at the summit and we were there in a flash. We now had plenty of time for a perfect team building exercise – bouldering.

At the top of Owl’s Head there is a short 10’ rock lip, set at a nice sensible angle, divots and parallel cracks made this perfect for climbing with everyday shoes. We counted off from 1-17 to give everyone a turn without battling to see who goes next and set up a support system for the climbers. All those not climbing would be the support group, with hands high and positive feedback along the way. Some of the students were a bit nervous about the climb, but with the support of their class each and every student showed the rock who was boss and topped out to cheers and high fives. Of course they couldn’t let the guides get away without climbing as well and we couldn’t let them down. One of the most rewarding parts of the trip was seeing the interaction and support between the teachers and the students; they were all on the same playing field and a team, which will keep building as the year progresses. 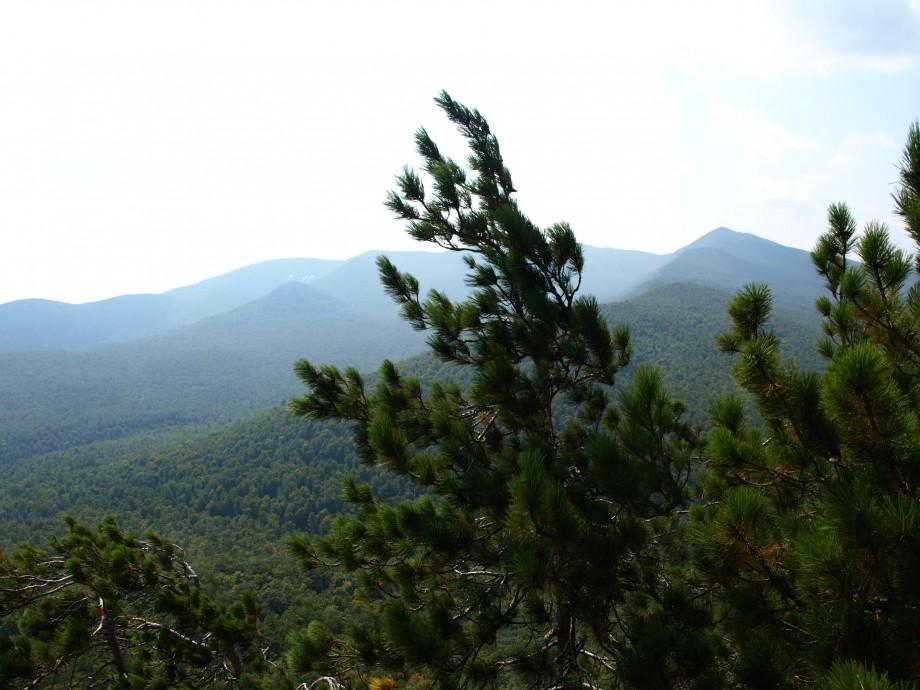 Even after this exercise we had a bit of time to kill, so out came the riddle games, which I have come to the conclusion, I am not smarter than an 8th grader. The descent back to the bus was more like a slalom race as half the group surpassed mach 3 and the rest of us enjoyed the trek at a slower pace, smelling the cool air of fall and immersing ourselves in the ever changing colors of the Adirondack Park. 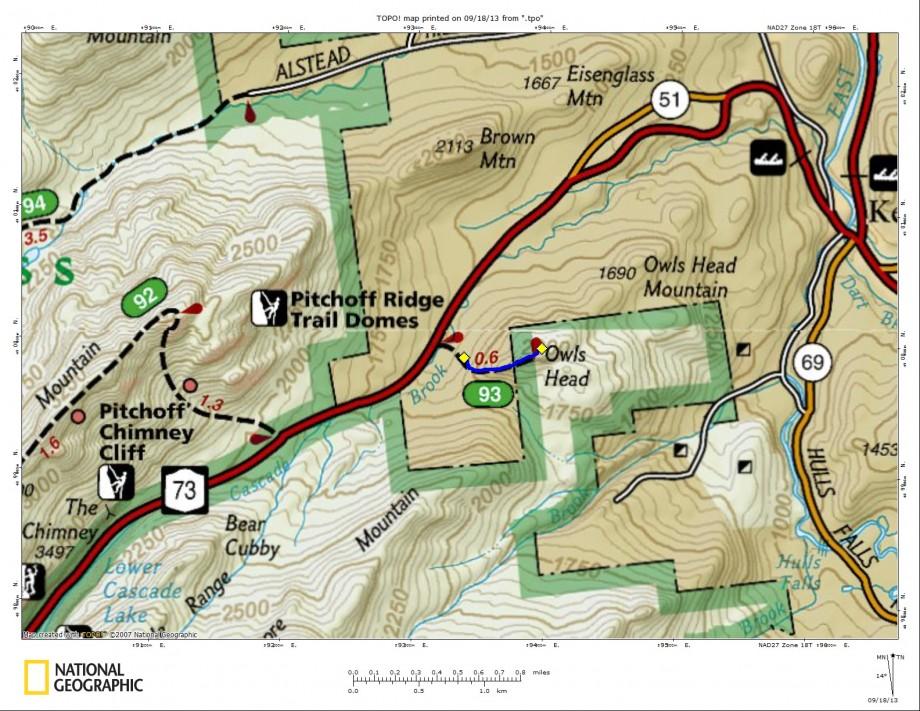