Just yesterday while sitting in my car, I watched a monarch butterfly fly through the parking lot of Price Chopper in Lake Placid.  I was ecstatic.  What was once a commonplace sighting has become anything but commonplace now.

A few weeks ago, Dr. Chip Taylor of the University of Kansas and the Director of Monarch Watch came to The Wild Center in Tupper Lake to speak on the status and conservation of monarchs and in particular, the conservation of the eastern population of the species.  The talk was part of the museum’s efforts to promote understanding of monarch biology and conservation over the next year.  The museum is also raising monarchs for release and they are showing the movie Flight of the Butterflies, a great reason to venture to the museum.

The film helps shed light on how the mysterious and amazing migration of monarchs was discovered.  Monarchs overwinter in a few mountain highlands in Mexico, where fantastic numbers of butterflies can be found congregated.  Then in the early spring, they migrate into Texas, mate, and lay their eggs.  The resulting caterpillars mature into butterflies and then migrate north where they repeat the process and lay eggs again.  The next generation flies still further north to the upper Midwest and the Northeast.  Hence we don’t see monarchs in our region until later in the summer.  The eggs laid in our region mature into butterflies that then fly all the way back to Mexico to overwinter until they start the yearly cycle over again.  It is a truly amazing feat and one of the most stunning displays of stamina on the planet. 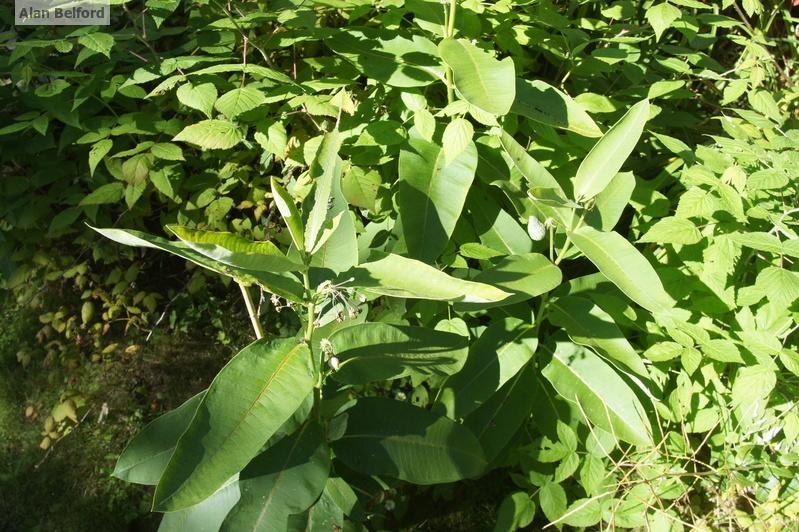 But all is not well.  As I’ve been in the field almost every day all summer long, I’ve seen very few monarchs.  We should be seeing a lot more butterflies.  And many conservation organizations are very concerned that the amazing migration may become functionally extinct as fewer and fewer monarchs can be found.

Dr. Taylor outlined some of the major causes for this decline.  These issues range from logging (often illegal) of their wintering grounds in Mexico to large scale farming in the U.S. and its use of herbicides and pesticides in conjunction with genetically engineered crops.  After all, monarchs are reliant on plants in the milkweed family, of which common milkweed is the most prevalent species and appears to be the most important to their survival.  While adult monarchs feed on a variety of flowers, they lay their eggs on the milkweed and their caterpillars feed on the milkweed and grow, becoming distasteful to predators.  But as farms plow up more of the marginal land and lay down herbicides – particularly in the American Midwest – there are fewer milkweed plants at the monarch’s disposal.

The resulting population decline has been frightening.  And so conservationists are trying many avenues to help protect monarchs.  Locally, The Wild Center is seeking to educate folks about monarch biology and conservation, and the museum is not only raising monarchs for release, but they have also given away milkweed seeds for people to plant to help the next generation of monarchs survive.  Everyone in the area with a yard or a garden should plant some milkweed to help the monarchs!  I’ve personally been spreading milkweed seeds in my yard the past few years, and I’m slowly gaining more plants each year.  And not only do they help monarchs, they smell and look great! 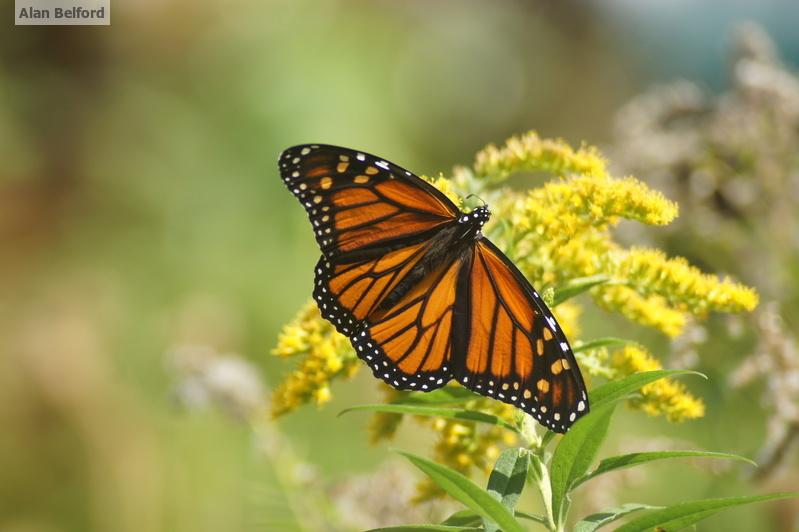 And so at this time of year, when monarchs are at their peak in our region, keep your eyes open for them.  Some organizations even have ways of reporting monarch sightings as part of their citizen science programs (see http://www.learner.org/jnorth/monarch/).  And for those readers interested in more information on the monarch and their migration go to http://www.monarchwatch.org/.

The monarchs we see during our late summer here are all heading to Mexico in the next few weeks.  They will face countless hazards during their incredible migration.  It is a fascinating journey, and one we can’t afford to lose.