Migration is one of the most amazing times of year on the bird calendar, and one of the coolest things to do during it is to listen to the migration pass overhead at night.  Many of our songbirds migrate at night and you can listen to them chip in mixed species flocks as they pass above you.  The chips likely help to keep the flocks together.

There are a variety of theories why so many songbirds migrate at night, any of which can be good reasons to do so.  For example, night air is cooler and long distance flying generates considerable body heat.  Night time climatic conditions are often calmer than those during the day.  There are far fewer predators – such as falcons and hawks – to avoid.  Birds can use celestial cues to help them navigate.  And birds can also feed during the day on insects and fruit to refuel for their long journey.

No matter what the benefits are, most songbirds migrate at night, and their nocturnal flight calls can be heard overhead.  And many Adirondack locations, with their quiet background and lack of city noise, are great for listening to them.  Night after night I stand outside on my deck and listen to the variety of soft calls, buzzy chips, and sharp notes.  Just a few nights ago I was listening to dozens and dozens of Swainson’s Thrushes – with a few Gray-cheeked Thrushes and Veeries mixed in. 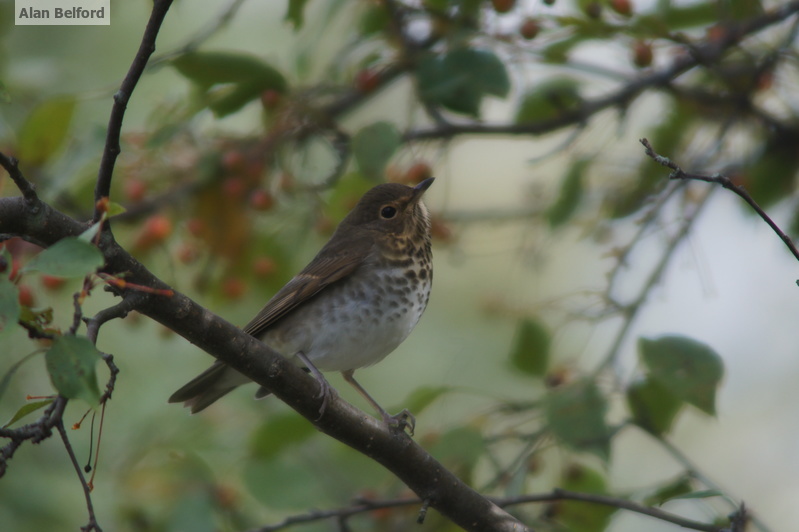 The majority of the calls are not easy to identify – particularly if the bird is high and the call comes from far away.  But the calls of some groups of birds – like the thrushes – are relatively easy to learn.  Swainson’s thrush, for instance, sounds like a spring peeper flying overhead in the dark.  The call of Gray-cheeked is a sharper queer! similar to that of Bicknell’s Thrush.

Listening regularly has allowed me to add a few species to the list of birds I’ve found in my yard – something all birders like to do.  But the call notes are not simply helpful for amusement of for generating a more impressive list.  Researchers are using them to help monitor migratory birds and there is a growing body of scientific research being done using these nocturnal flight calls.  The Lab of Ornithology at Cornell University is famous for it. 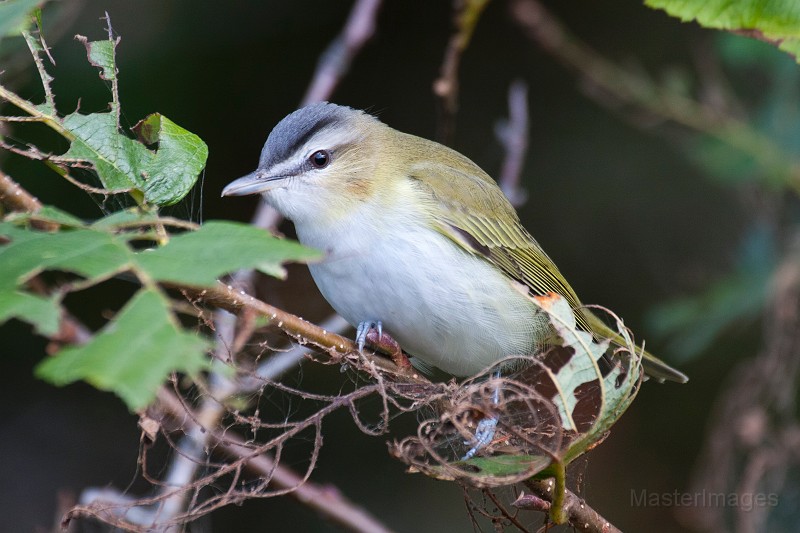 Much of the work involves setting out microphone arrays for days or perhaps months at a time, and the resulting data is recorded and fed into computers.  Computers can then identify the species or at least generate a sonogram (a visual image based on the frequency of the call) allowing researchers to identify the signature call note of each species.  In this way computers can help identify chips while no one is listening, and they can also be used to help train the ears of researchers who learn the subtleties of each individual call note.

For those of us without specialized equipment, we can still work on our identification skills, learning from a CD-ROM (see http://www.oldbird.org/fcmbirds.htm) or Cornell’s All About Birds (http://www.allaboutbirds.org) website.  But if you choose, you don’t have to get technical about these nocturnal calls.  You can simply enjoy listening to them and not worry about identifying them.  Because whether you know what they are or not, it is truly awe-inspiring to stand outside on a calm night and listen while a river of birds passes unseen overhead.