Over the past month, my time in the field has been marked by stopping along the trail for a quick snack.  It began with wild strawberries hiding under the low, green leaves along the ground.  Soon berries were hanging from every bush and tree and I have been happy to take part in their bounty.

A few weeks ago my coworkers and I descended upon a patch of black raspberries (perhaps my favorite, and not particularly common around here), greedily consuming them as if we hadn’t eaten anything for days.  Red raspberries too have been out and I check out the patch next to my front steps every day to catch them at the peak of ripeness.

Blackberries are also ripening faster than I can stay up with them.  Last week I picked them along the trails at The Wild Center but many more were on their way, and I’ve been gleaning them from every trail I hike whether I’m working or walking the dog.  And blueberries have been absolutely everywhere, and each day I’m in the field I’m stooping to collect handfuls of them to pop into my mouth as I walk.  And some days I’ve grabbed a plastic container or bag to fill to bring them home. After all, fresh wild blueberry pancakes with pure Adirondack maple syrup are capable of making my taste buds sing the Hallelujah Chorus. 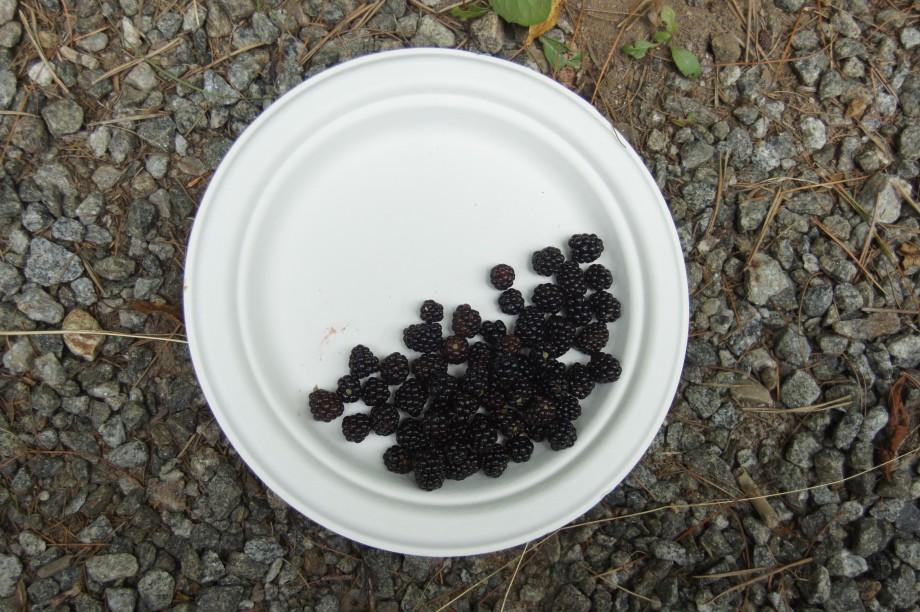 Lesser known edible species are also loaded with fruit.  I’ve been eating choke cherries every day I’m out – the long, grape-like clusters of red fruit dripping from the bushes so that they bend the branches.  Choke cherries are quite tart, so be mindful if you partake, but they can be used by more skilled bakers and chefs than me in making a variety of late summer treats.  And it doesn’t stop with choke cherries.  Many less palatable or tasty species, such as wild raisin and the dogwoods are also heavy with fruit.

The fruit bounty of this year is in great contrast to the poor showing of last year when finding a single blueberry that wasn’t shriveled and gummy was nearly impossible.  The reason for the difference is the amount of rain we had during the spring and early summer.

Although the constant rain earlier this season made getting my bird research completed a challenge and gave many folks a reason to complain, we are right now reaping the bounty of all that water.  Our fruit crop is off the charts.  And we aren’t the only ones to benefit from such sweet prosperity. 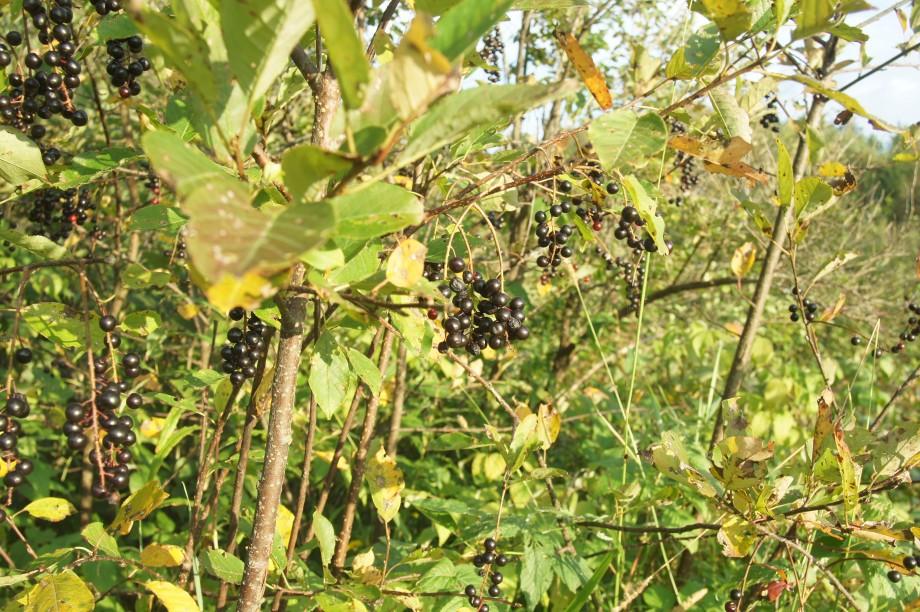 As I’ve worked in the field of late, I’ve seen lots of scats, such as those of red fox and raccoon, stained dark and composed mostly of seeds.  And when I guided in Madawaska earlier this month, we found a couple of stained piles of bear scat showing just how well the bruins are feeding.  Birds too get in on the action and the alternate-leaved dogwoods in my yard are gleaned each day by a crew of red-eyed vireos.  There is plenty of food awaiting migrating birds as they journey south.

And so after what was a tough year last year for finding food in late summer and fall, this year looks a lot easier for wildlife and many animals will have less trouble putting on fat for the coming winter.  That gives us a fun opportunity to observe them feeding voraciously on the natural cornucopia.  And we can join them and enjoy a few handfuls ourselves.  Just know that the bear has first dibs if the two of you should happen to choose the same berry patch.