The clouds were low and hopes were high as we set off for the summit of Whiteface Mountain. However, on this day we decided to try something a bit different, we would summit using the slides at the ski area. We spotted a second car at the Atmospheric Science Research Center in Wilmington and returned to the ski area to approach our climb.

Our first thought was to hike the Stag Brook Falls Trail but opted to use the ski trails as much as we could. We got a few odd looks as we passed by the many hanging around the lodge area, some of which were planning a day on slopes with their mountain bike, others just setting up for a scenic gondola ride.

The grass was swaying high in areas as we made our direct approach to the slides. Surprisingly there wasn’t as much mud as I had anticipated, but the absence of mud didn’t really make the steep climb any less difficult. As we approached mid-station we had made a friend in a local deer, which oddly enough was not upset by our close passing. 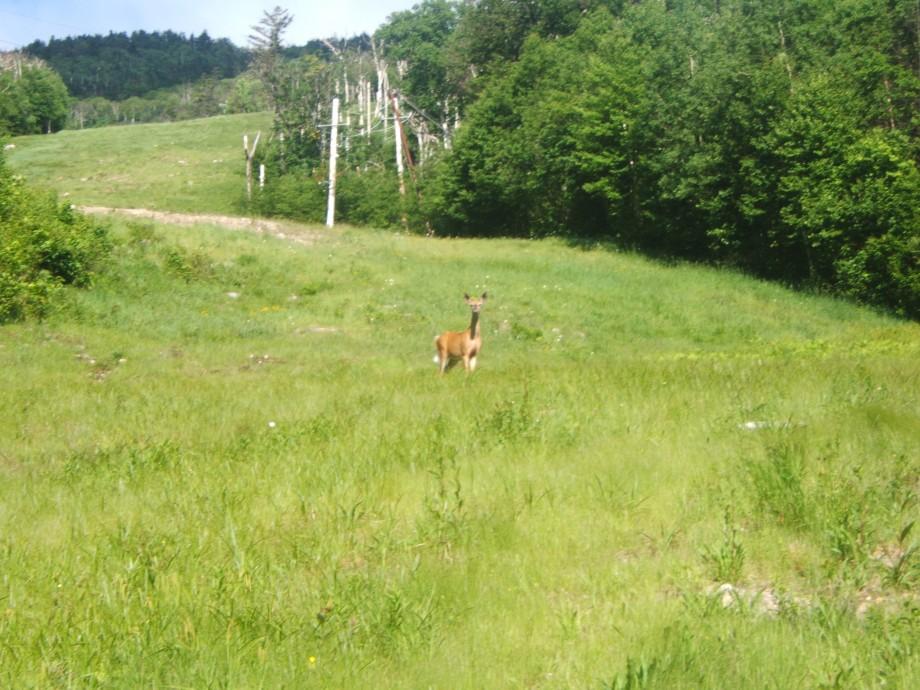 We continued to head right as we could and eventually grew tired of the ski slopes and veered into the brook much earlier than we needed planned. As we descended steeply through the trees we started to second guess our choices but continued anyhow. The brook came easy but passage throughout, did not. The brook is littered with abundant boulders, some for which blocked the entire route and would need to be skirted. Ultimately we saw the slide in the distance and rallied to achieve the base. 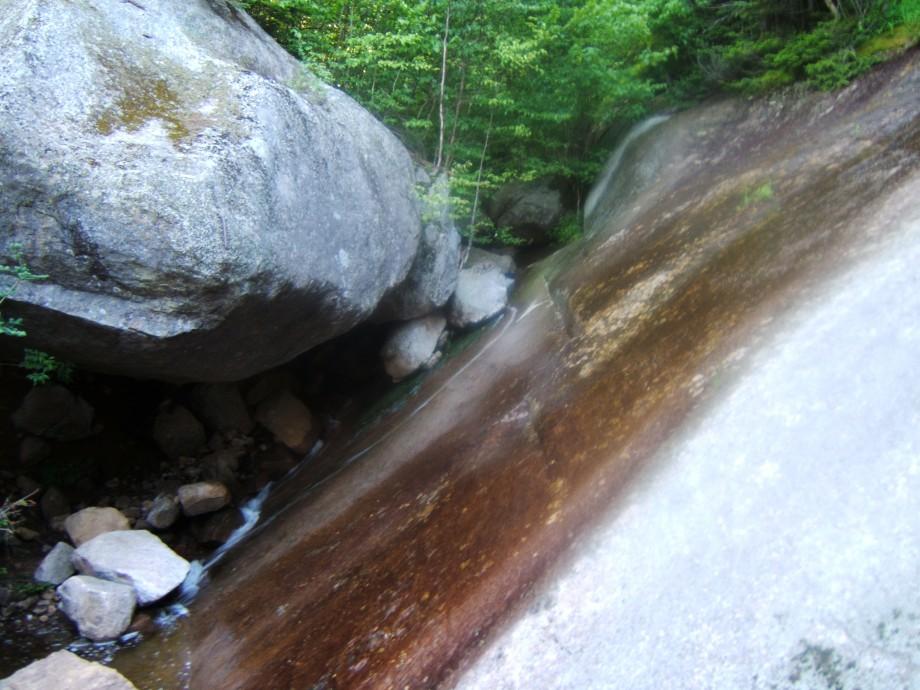 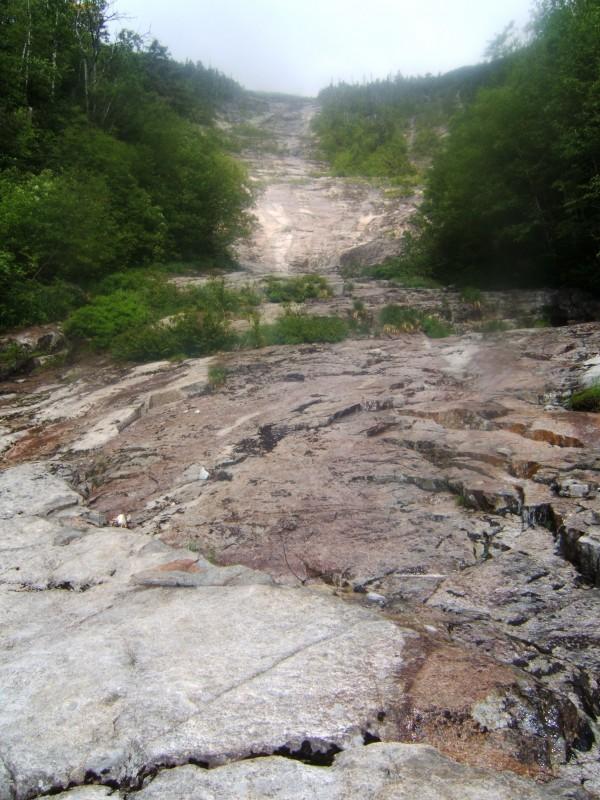 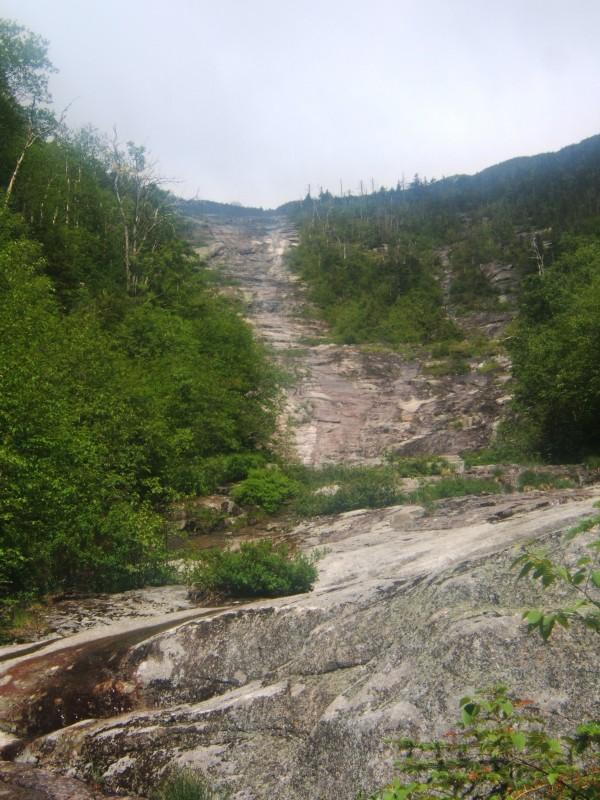 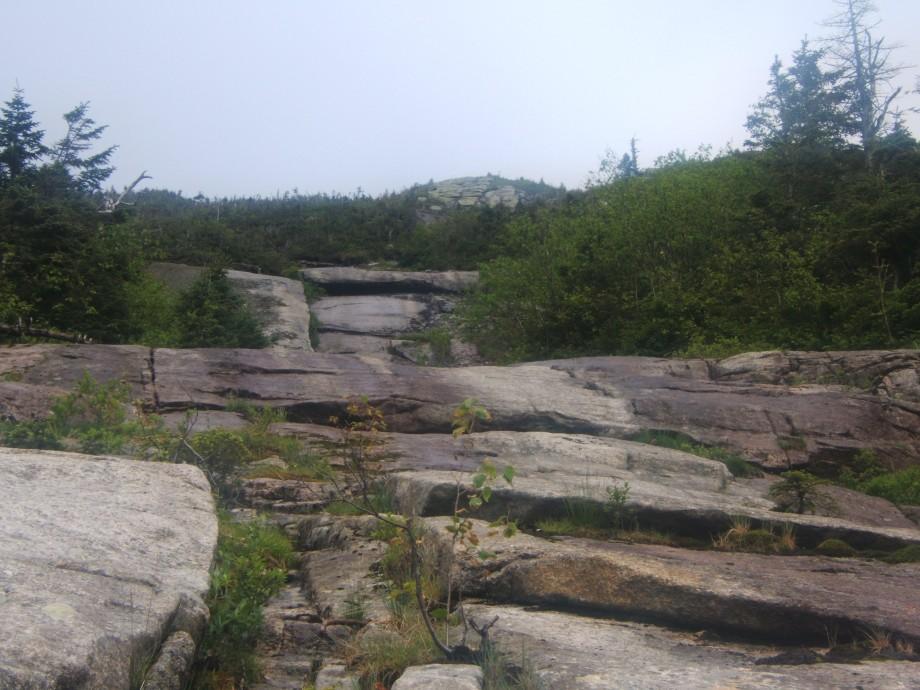 Once we started the actual climb, which in the kingdom of rock climbing is not very steep, but sections were steep enough to require the use of hands at times. There was a steady stream of water running down the open rock, which isn’t surprising considering the saturation level of the ground. We continued to press on until we came to a fork in the slide, where we needed to make a decision. We chose right, for some odd reason, now that I think back. It seemed like the thing to do at the time but ended up being, not necessarily the wrong chose, but one that would choose our fate. 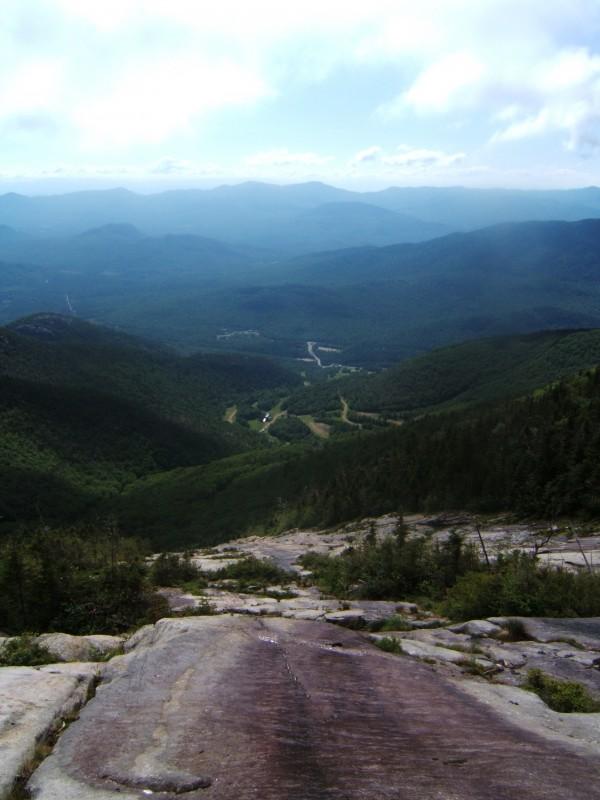 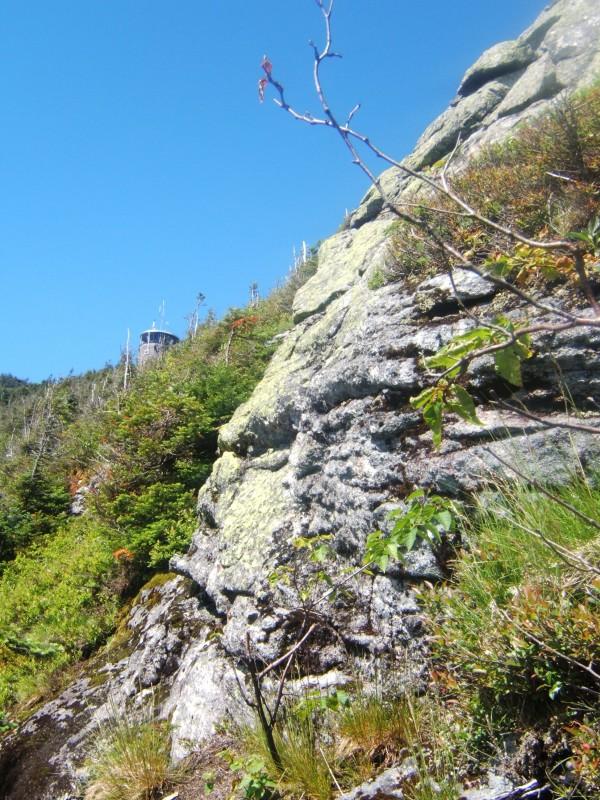 This slide became much less of a slide as the open rock became more interrupted, with a mixture of scrub brush and cripple bush separating sections. This segment kept pushing us right, further from the summit and closer to the trail along the ridge. Eventually as the terrain steepen to an almost vertical angle with impenetrable trees, we switch-backed closer to the summit as the clouds parted and the buildings appeared.  We managed to find a path of the least resistance, but only after having to descend a bit to obtain it. Eventually we managed to squeeze ourselves through a narrow opening between a boulder and a wall of rock before a slight seem in the trees presented itself to us.

Then with no expectations we arose victorious and a bit raw onto the trail from the center. It was a 2-minute hike to the summit and about a dozen confused tourists who couldn’t believe we climbed to the summit – if they only knew the half of it! 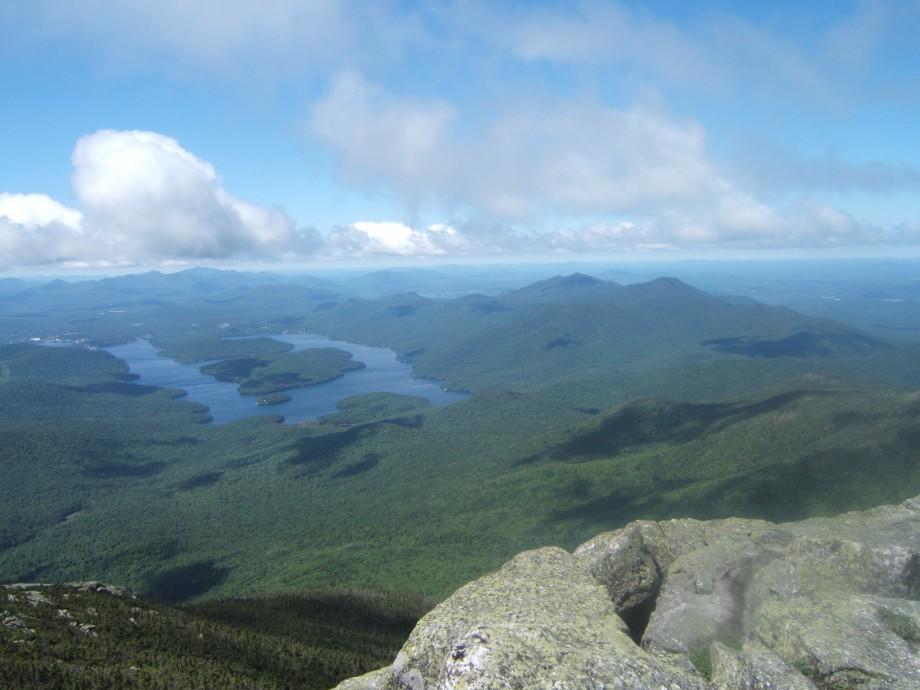 Interested in a climb of the Ski Slides on Whiteface or other slides in the Adirondacks, seek out a local guide service for details and rates. Need a place to take a shower, eat a bit and hang your hat, check out what lake placid has to offer for lodging, restaurants and pubs.