I recently helped lead a birding trip for The Wild Center up Whiteface Mountain, and like usual we had a great group of participants.  Unfortunately, the birds were a bit less cooperative, and we found that the breezy day made us work for the species we found.

One of the great things about birding along Whiteface is that the habitat changes as you climb the mountain, and as the habitat changes so do the bird communities.  In the mixed deciduous-coniferous forest around the gatehouse we had singing ovenbird, red-eyed vireo, cedar waxwing, blackburnian and yellow-rumped warblers, as well as Swainson’s thrush – a species common in mountain habitats but also found in lower coniferous bogs. 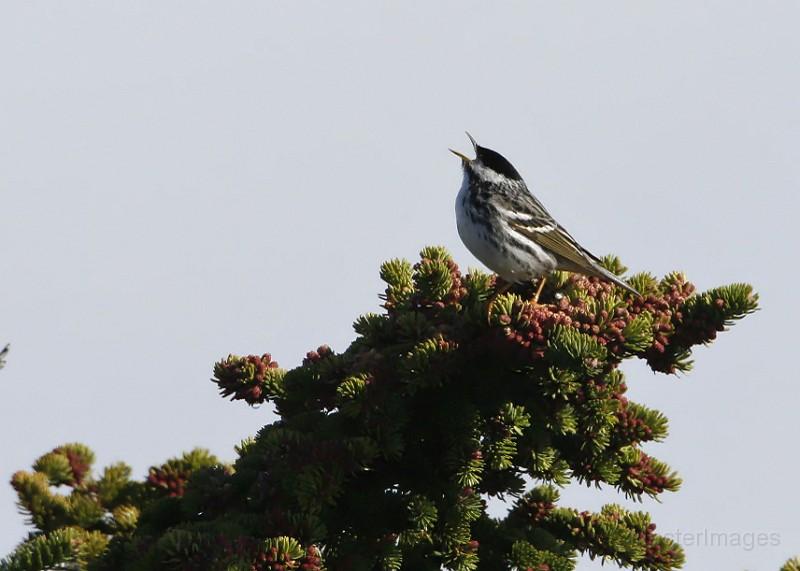 We carpooled up the road, stopping at various points along the way.  We added a number of warblers including black-throated blue, Nashville and magnolia, as well as a great look at a black-throated green warbler.  Swainson’s thrushes continued to sing along the way, but they eluded our eyes and we never did see any.  Winter wrens likewise sang at each place we stopped, but we couldn’t seem to locate one either.  The same could be said for blue-headed vireos and a single yellow-bellied flycatcher which we heard.

Frustrating though this was, the view from the mountain got better with each bend in the road, and we continued to find birds –even if it took more additional effort than usual.  Eventually we crossed into the spruce-fir forest which dominates the tops of the mountains and we passed the magic 3300 foot mark above which we could potentially find Bicknell’s thrush.  We stopped and listened, but no Bicknell’s sang or called.  We did hear and see a few blackpoll warblers and ruby-crowned kinglets – other species of high elevation habitats in the area.  And we also heard a few species which we had already noted further down the mountain such as winter wrens and Swainson’s thrushes.  But no Bicknell’s.  The combination of the breeze and a day that was rapidly reaching mid-morning (Bicknell’s are notorious for singing only in the early morning) seemed to be against us. 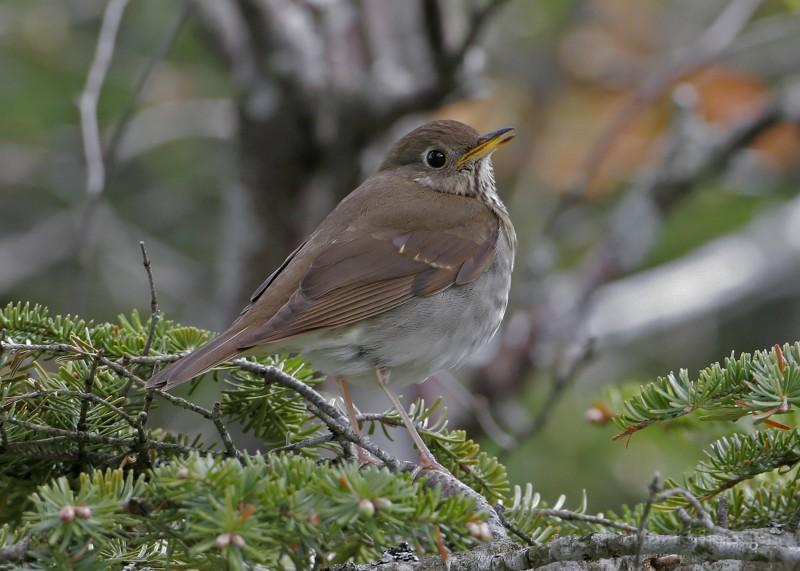 Surprised and disappointed not to have at least heard a Bicknell’s, we eventually arrived at the top and hiked the short trail to the summit.  As we walked we heard a few dark-eyed juncos and yellow-rumped warblers, some of the species which grace the summit.  And then, down below us where the short, stunted trees of the krummholz began, we heard the call of a Bicknell’s.  We stopped and listened intently, straining our ears against the wind.  It called again and again, although it was hard to hear clearly.  A few of us waited several minutes for a lull in the wind to hear it better and were eventually rewarded.

Happy to have at least heard a distant thrush in the wind, we finished our climb and enjoyed the view before heading back down the road.  It had not been the easiest day for birding, but that it the luck of some days.  And a slow day birding on Whiteface is still a great way to spend the day.