This past weekend, the Intervale Lowlands Preserve in Lake Placid hosted an All-Taxa Biodiversity Inventory (ATBI) event.  Better than seventy people descended upon the property surveying everything from moths to mammals to mushrooms to minnows.  Intervale already had a good list of species in all taxonomic groups thanks to a systematic sampling of species, but this was the first full day ATBI event hosted by the preserve.

And so strings of naturalists fanned out across the property, logging everything they could find within their respective Taxonomic Working Groups (TWiGs).  Although I have an interest in many areas of natural history, I helped out with the bird surveys as usual which is always fun at Intervale as the preserve’s varied habitats helped fatten our list of species.

Our group of birders worked along the AuSable River where we had American kestrels with fledged young, eastern bluebirds, common yellowthroats, song sparrows, and a variety of other species which are common at Intervale.  We also found a solitary sandpiper along the river – already on its southbound migration. 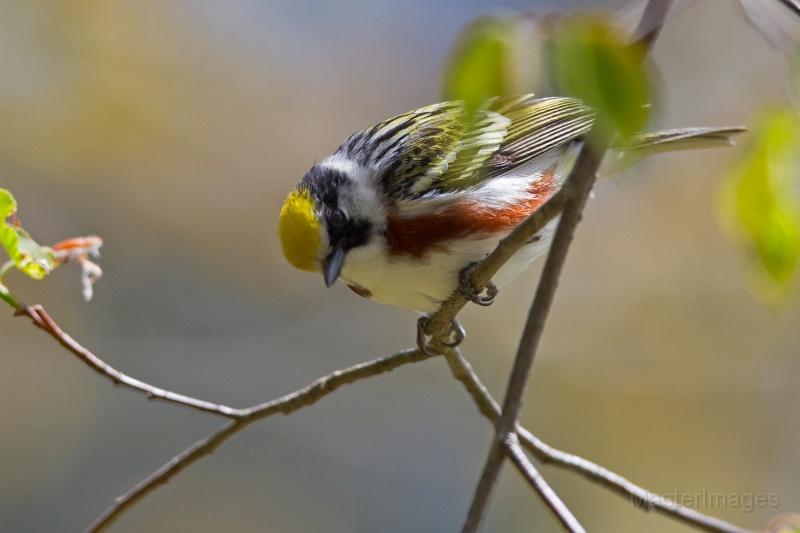 July is a month of change, and many of our song birds become quiet as the month progresses.  That makes bird surveys more difficult (which is why the month of June is so busy with surveys), and so birders must work through mixed flocks of chipping post-breeding birds rather than to rely on song to identify what is present.  We did just that and pished up a nice flock along the river where we found magnolia, Nashville, yellow-rumped, and chestnut-sided warblers, as well as veery, white-throated sparrow, red-breasted nuthatch, and an indigo bunting which was singing a truncated song.  Further down the trail we met another birding group and we looked in vain for the Cape May warblers which had been singing during the early part of the breeding season.  We did, however, find two mourning warblers chipping in the brushy habitat – a species which is not always easy to find, but one found commonly at Intervale.  We parted ways and our group found an American toad – significant because the herpetology surveyors had unluckily missed finding one themselves.  Later we pished up another small group of birds along the river – a flock which included a yellow warbler and a Lincoln’s sparrow.

After a long and relaxing break for lunch – during which time we learned that a birder from down state had found a bay-breasted warbler - a species which does not prevalently breed in New York State, so it was exciting to consider that this individual may have bred nearby.  After a short trip off site to look for Cape May warblers – which we also didn’t find – we waited a bit until the heat of the day past before setting out again.  Before we left a friend of mine noted the calls of a Texas bush katydid which we confirmed with recordings and the species was added to the entomology tally for the day. 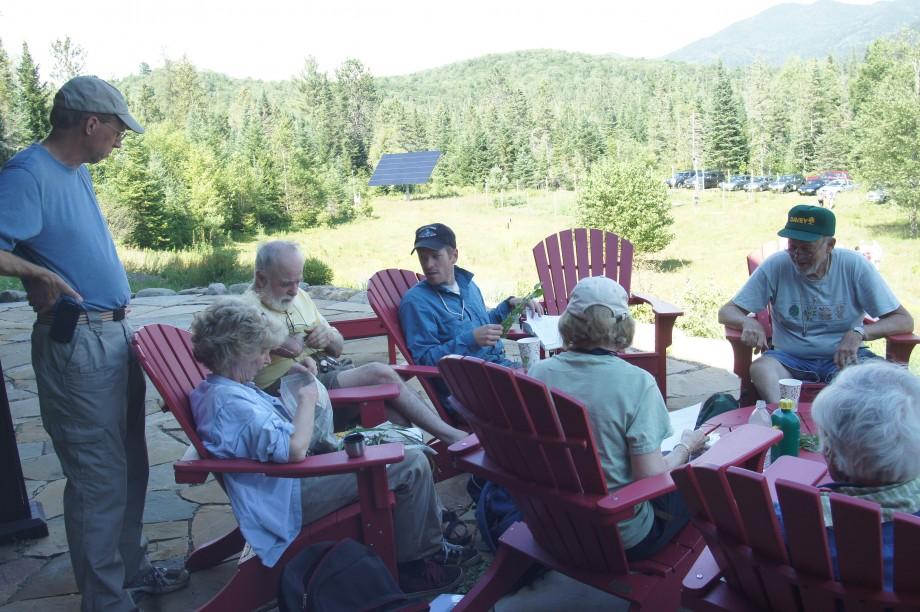 Those bird folks remaining headed out for a short, quiet late afternoon/evening walk and were joined by a few folks who had just arrived to conduct night time bat surveys as well as a birder who had been surveying minnows all day.  We noted a number of species which we had been seeing during the day, but the real fun came when we hooted for barred owls in order to see what birds came in to mob and scold the unseen owl.  We upset the entire avian neighborhood as blue jays, crows, red-breasted nuthatches, red-eyed vireos, and a northern flicker – among many other species – raised a ruckus in response to my hooting.  But then in the distance a few folks in our party (I didn’t hear it since I was making so much noise myself) heard the responding call of a barred owl in the distance – the first ever noted at Intervale.

Happy with our success, we headed back for dinner.  The owl was the only new species of bird found on the preserve that day, but many other new species were added – including about 20 new species of plants.  After dinner I had to head home as the moth and bat surveyors were preparing for their night shift.  The final results of the ATBI are still being tallied, but it was a fun and successful day.