Paddling on lake Placid is never dull or the same twice. The lake is big enough where it can be considered big water and even a bit dangerous under the right conditions. Of course, that doesn't even take into consideration the motorboats on the lake and for that reason I tend to find myself on Lake Placid at some point in the spring, usually around this time. Come to find out, after I got home and started to download the pictures, it was 1-year ago that day, that I proposed to my fiancé Corenne Black and surprising enough she said yes. But more surprising than that was I did it on this exact planned paddle trip. 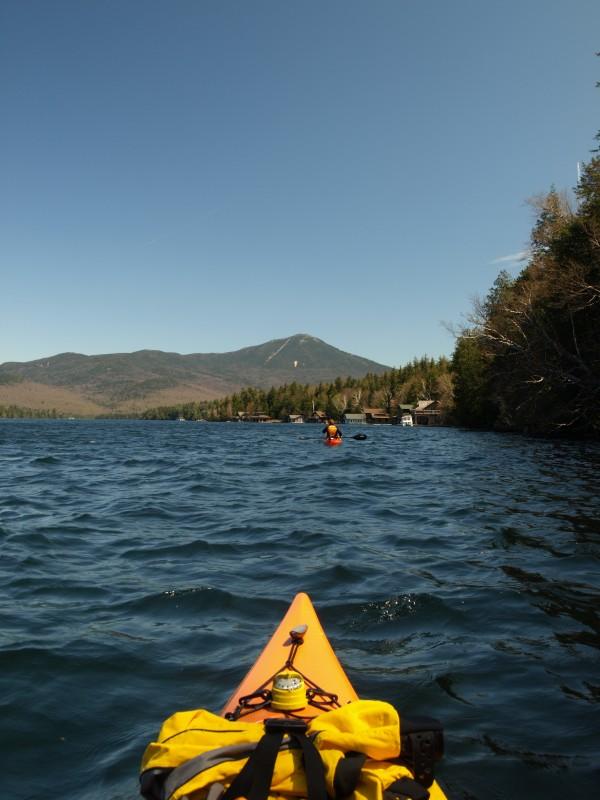 The only difference between that trip and this one was the actual proposal was at the viewpoint on Eagle Eyrie. I didn't climb that again, but if I had realized, I might have. I put in at the state boat launch site and was rather surprised by how warm the water was in the shallows, but I still had on my neoprene just in case something were to happen. With life vest secured tight, emergency gear lashed to the kayak and paddle in hand I pushed off and started a path for Whiteface Landing. The waters were pretty calm for the early afternoon paddle, hardly a ripple over a few inches. I could feel the cool water on my hands as it dripped from the paddle and could only assume it would be much colder if I was immersed. With that close in mind I decided to all I can to remain vertical. 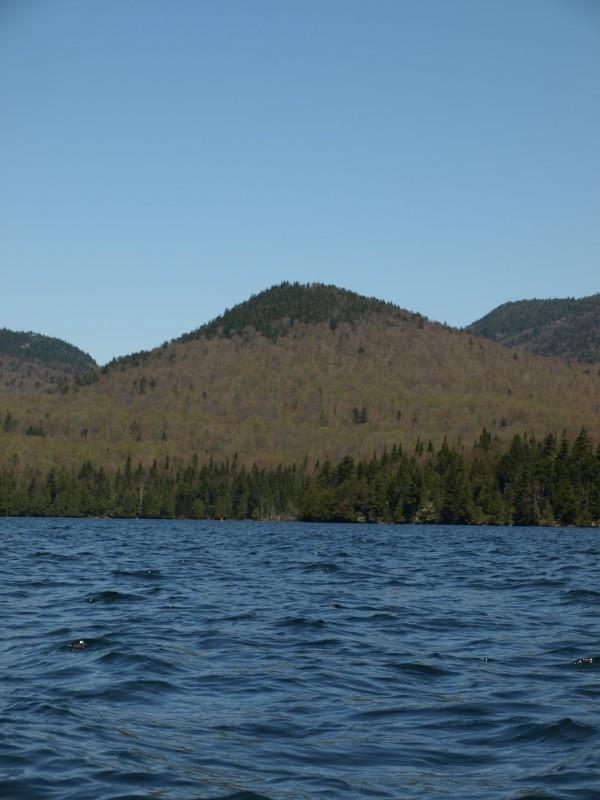 It didn't take long before I reached the base of Pulpit Rock and lingered for a bit in the dark waters that settle there, but at this point I was getting pretty cold and the wind for some reason was making a nuisance of the water. The waves were starting to kick up quite a bit and the temperature seemed to be dipping fairly quickly. I paddled along shore a bit further and passed by Shelter Straight and hugged shore to take away a bit of the heavy waves. I proceeded and got about half way down Moose Island on the opposite shore and decided I had had enough fighting the poor conditions.   So, rather than chance too much open water and mix it up a bit I changed course to the west and decided to paddle along the shore of Moose Island and then through Shelter Straight and loop around Buck Island back to the boat launch. The tricky part up to this point was heading west accross wide open waters with ever increasing wave action, but it didn't take as long as I had expected.

Shelter Straight was a bit more "sheltered" but not much; it was kind of a fun ride navigating the waves – even a pair of loons thought so as well. As I made my way around the west side of Buck Island the waves were not as ruthless, but I decided to stick close to shore anyhow. That way if I did tip over I would like Gilligan but with my own island. I continued moving at a decent clip to get back sooner than later and rounded into Sunset Straight on the SW side of Buck Island where I was hit head strong by the frigid wind. My only shelter and ray of hope was to hug the shore of Brewster Peninsula until I popped out onto the main portion of the lake. The only problem was, between me and the boat launch was a ton of open water, over a half a mile to be a bit clearer. I'm not going to lie I was a bit edgy, but I had to do it. I didn't want to hug shore all the way through Paradox Bay that would seem endless.

I sat up tall, squeezed my core and paddled hard into the wind and tried the best I could to skip the waves that were coming at me. I had the angle right and I was making good time, waves splashed the hull, splashed my jacket, covered my arms – but I held strong and took advantage of every second of break in the wind. I had a couple mini heart attacks as my boat got parallel to a wave or two, but luckily my hips were loose and my mind focused on getting back to shore. As I neared shore the waves diminished a bit and then pretty much altogether as I breezed into the concrete dock.

If it weren't for the fact I live in Lake Placid, I would be making reservations at a local establishment and taking in my fair share of microbrews and fine food. Actually, after I showered I did walk up and tip one back. 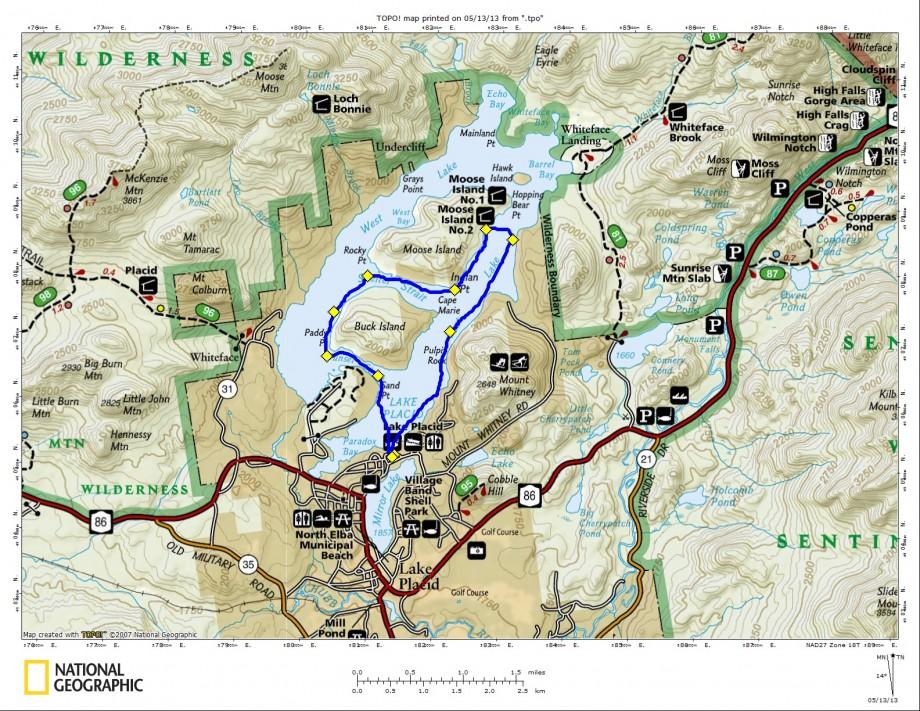