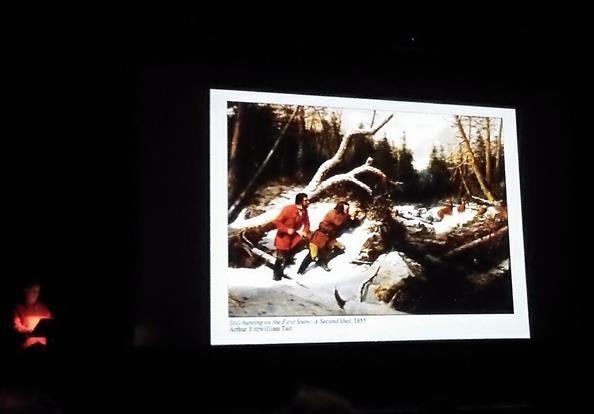 This is my second foray to an event sponsored by the Lake Placid Historical Society, this time at The Lake Placid Center for the Arts (LPCA).

This evening is a double dose of art Adirondack style with a lecture and slide show from Caroline Welsh entitled, "A Wild Yet Pleasing Landscape" -–a look at art of the Adirondacks created between 1850 and 1875. The lecturer is an art historian and Director Emerita of the Adirondack Museum.

In addition, the gallery at the LPCA is filled with another kind of Adirondack art, presented by the Historical Society. The exhibit is all about reimaging the past and includes works of local Adirondack artists.

Inside the theatre of the LPCA, Caroline Mastin Welch takes us on a visual journey delineating works of the Hudson River School painters and their love of the Adirondacks. She relates the artists and their art to various aspects of the region which drew these early creators to the Adirondacks, namely hunting, fishing, the exploration of nature, and the grandeur of the American land. Some of the artists featured in her talk are Thomas Cole, Asher B. Durand, John Frederick Kensett, James Cameron, Roswell Morse Shurtleff, Augustus Rockwell, and Arthur Fitzwilliam Tait. Most of the artists of this time period capture nature as the all-powerful force with people dwarfed by their surroundings.

Listening to the motives of these men and seeing slides of the images they produced, I can't help thinking of the logistics involved in traveling with painting supplies as well as the gear that they would need to live in the Adirondacks of the latter half of the 19th century. The images of their works are vibrant and evocative and the audience is transfixed by the paintings presented through these slides. 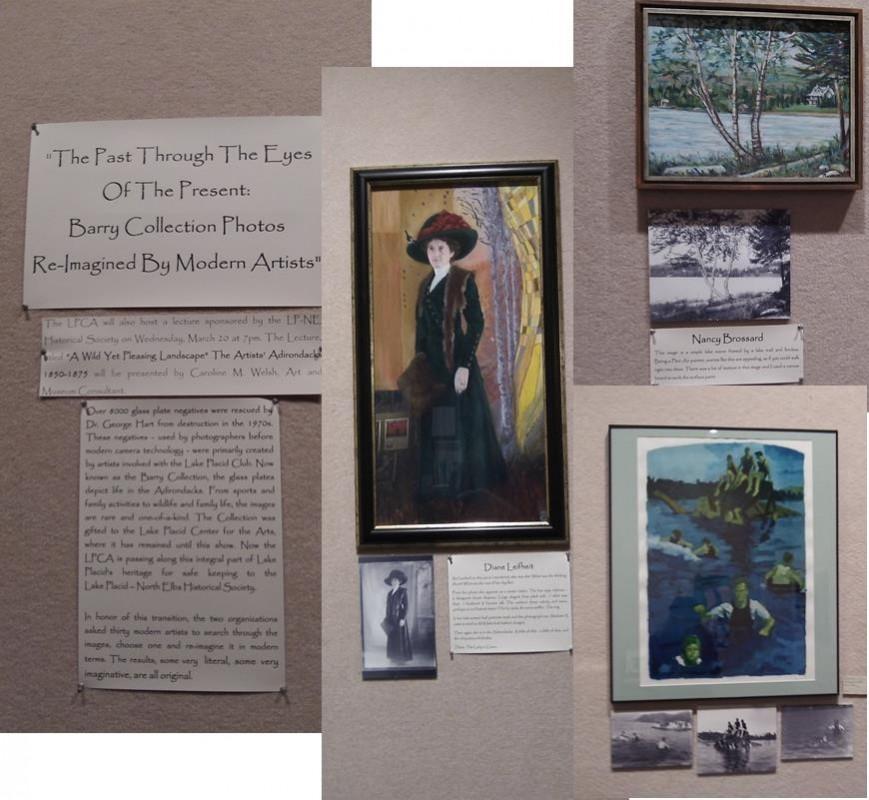 Immediately following this stirring lecture, I have a chance to take in the exhibit on display in the gallery--the Barry Collection Photos Re-Imaged by Modern Artists.

I learn from other attendees that these photos were literally on their way to the dump when a local doctor, Dr. George Hart, saved them from destruction. He gave them to the LPCA where they resided for a number of years. The LPCA, in turn, gave them to the historical society. Together the two groups came up with this plan for giving new life to the collection by inviting local artists to put their own artistic slant on the works. It is an amazing assortment of pieces—everything from a crowded cure cottage to an elegant drawing room and stately portraits. Many of the artists include a statement about why they chose the piece they did to reimage. 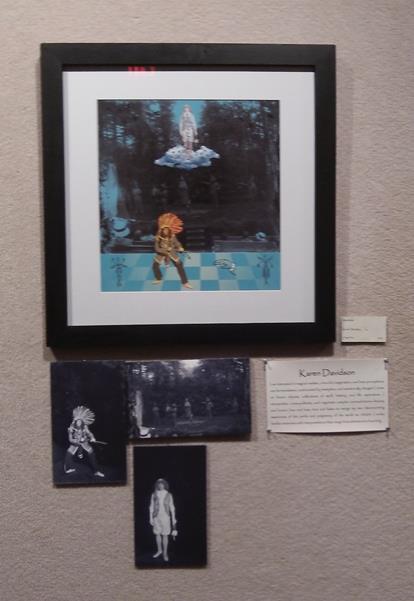