This was a day that was totally up in the air in regards to many aspects. First the weather was looking quite grim, with chance of snow showers and strong wind gusts and secondly we slept in much later than we had planned. Having gotten a later start than usual we opted for a short hike that would get us home before the coyotes started howling. I decided a nice spot to introduce my daughter Emily to would be Long Pond. Emily likes to dabble a bit in route-finding, but usually no trail exists in those instances, but this time an old herd path would welcome us. 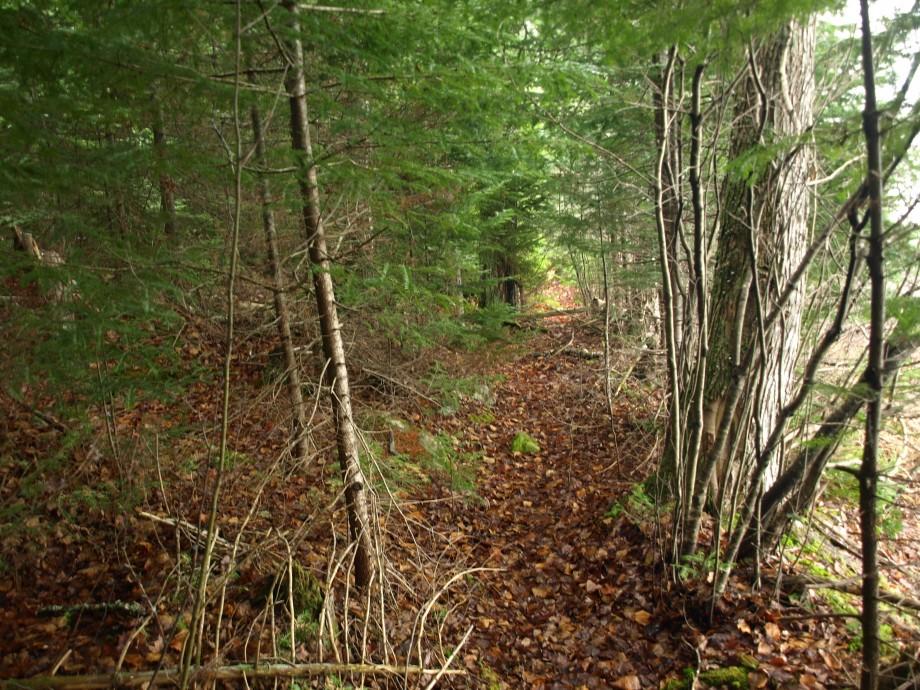 After a quick stop at Stewarts for a small coffee to feed Emily's already excessive energy we made the short drive to the Whiteface Mountain Trailhead at Connery Pond. During the fall, before the snow flies the state barrier remains open to the upper parking lot, I gladly welcome this. We signed in, passed by the cable gate and began our trek along the Whiteface Landing Trail. Bundled up to block the damp air we walked along the old road and passed by an A-frame house along the shore of Connery Pond. We joked about how cool it would be to have a house like that and the pure adrenaline rush of sliding down the roof in deep winter, buried to our armpits at the landing and possible swearing to never do it again.

I had been here on several occasions and enjoy the solitude of Long Pond and Connery Pond. Each time I return the herd-path does seems to get narrower and the course gets slowly covered by dead-fall and regrowth – this time would prove no different.

I explained to Emmy that the herd-path would be on the right just before the second gate, which is the state land boundary and she found it right off. We followed the herd-path, striding over the down trees to the old campsite on Connery Pond, which to this day, looks to be occupied from time to time. From here the route was hard to find, but soon we located it, close to shore. The herd-path heads north along the shore and immediately crossed an inlet. This inlet is very slippery and with the ever so slight coating of snow, the rocks might has well of been coated in butter. On the opposite side of the inlet we found the path to be right there.

While in parts the herd-path was quite open, much of it got covered with recent blow-down. However if you look for cut branches and slight blazes on trees it is easy to follow. The easiest approach is to remember the path follows close to shore. We meandered for a while as the path found the best route through the thicker forest. At one point we had to push through some new growth evergreens. However, just before this point the skies opened up and dumped a nice helping of fresh powder on our heads and branches of the trees we needed to pass through.

As we approached the Long Pond Outlet at the North-West end of Connery Pond we head a very loud rustling in the water. We ever-so hoped it would be a moose, so we slowed to a crawl, walked softly and quietly – well, as softly as a 200 pound person can move and as quietly as a 12 year old on caffeine can be. Then, surely enough - it was a flock of ducks, having fun, playing tag along shore in the thick bush. So as soon as my heart rhythm got back to normal we moved on. Shortly we were at the Long Pond Outlet which was another battle of slick water crossings. This time I utilized my pivot point, my butt, to get me across. My philosophy is – a damp butt is better than a wet end. Once across the outlet we had about another 100 feet of herd-path before we reached the canoe-carry between Connery Pond to Long Pond. This carry is very open and more like an actual state trail. The carry was a very short 5 minute hike and spit us out on the shore of Long Pond with killer views of the surrounding peaks and Moss Cliff. 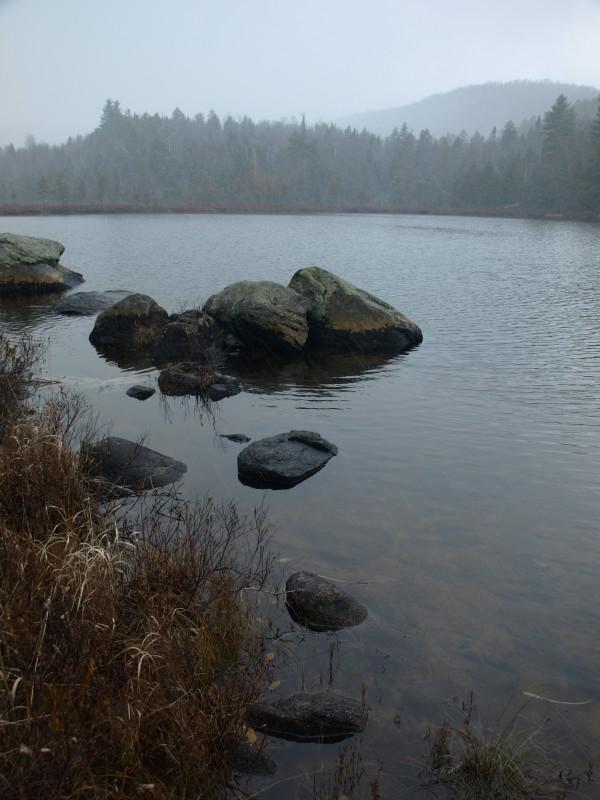 After a rather long break and some hot cider, compliments of a Jet Boil Stove. We were following our route in. This time however, it was Emmy's turn to lead the way. This was to be her adventure in route-finding, not just mine. She did amazing, hence, we made it out and I can write about it. As she quickly found out, it's very important to have scenery recognition on the way in to help aid on the travel out of the woods. It ended up being the familiar landmarks that helped lead the way.

This is a great outing for those who want to dabble in route-finding without the fear and hesitation of a full bushwhack route. However, I can't stress highly enough the importance of a map and compass and a GPS if you have one available. But more importantly, the ability to use them. 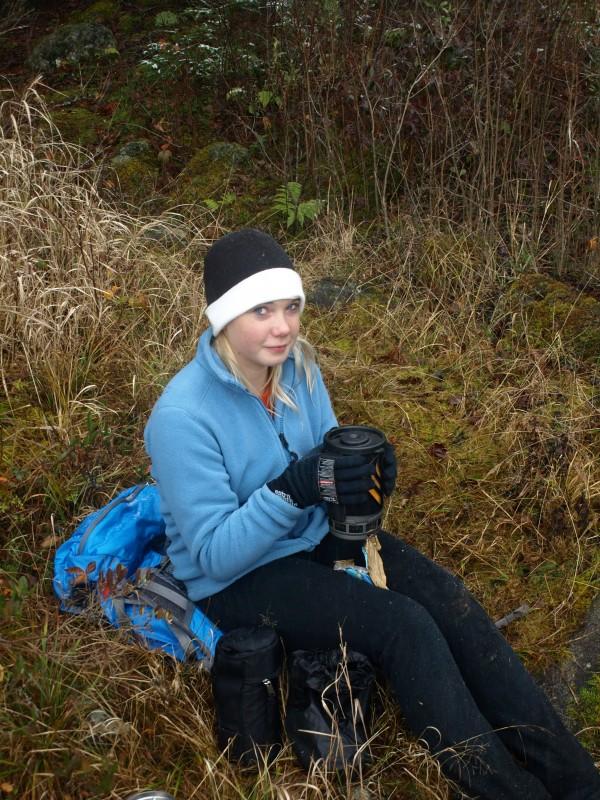 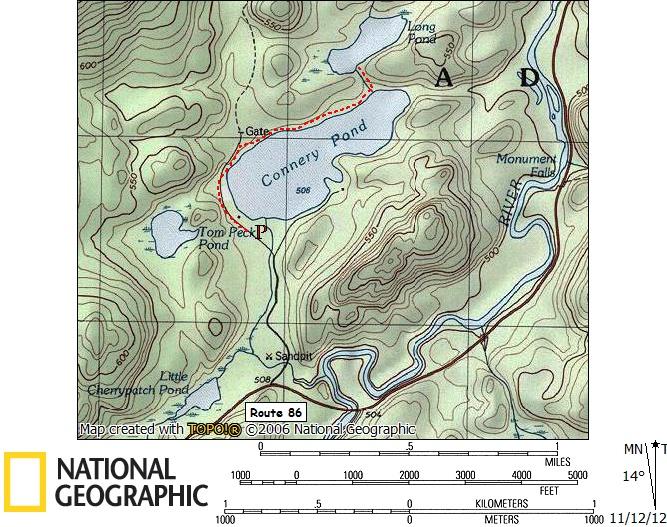