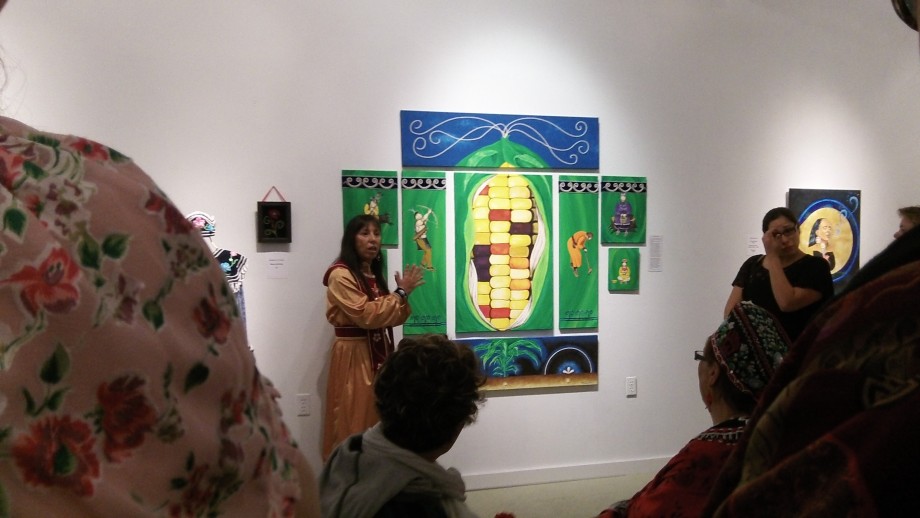 I arrive a little late for the grand opening of this new exhibit at the Tahawus Lodge Center (TLC) in AuSable Forks. And grand it is. There is quite a crowd already gathered in the main exhibit room and all are focused on a woman speaking.

I crane my neck to see around and over folks who timed their day a bit better than me and realize it is the soapstone artist who is speaking. Piecing things together afterwards, I believe it is Cheyanne Doxtador whose introduction I have caught already in progress. The room is so crowded I am not able to see her as she explains how in Six Nations there are few women who carve stone—many men—but not so many women. It is hard work. And it is beyond beautiful--as is everything on exhibit this evening.

As I look around, in addition to the magnificent Mohawk artwork on the walls and in cases, some of the artists present are dressed in colorful traditional attire. Several artists are introduced and explain where they studied and how their works evolved into the beauty that surrounds us today.

I learn from some of the audience observers that I missed a moving opening ceremony--a tradition led by beading artist Barbara Little Bear in which she gave thanks to the roots of Mother Earth on up to the Sky World, first in her native tongue and then in a translation.

I slowly move from painting to painting and find this exhibit mesmerizing. There is something very evocative about each of the pieces, perhaps because there is so much culture to absorb in the room in addition to the magnificent works of art.

The Windows Gallery at TLC boasts that this exhibit is the first of its kind in this part of the Adirondacks. According to the press release, "The 'Mohawk of the Adirondacks' art exhibit is designed to capture Mohawk history, art and culture, both past and present." And it certainly lives up to that expectation.

Six artists from Kahnawake, Quebec, and Akwesasne, New York are featured. Towanna Miller whose "Sound of Inspiration" painting makes the most haunting impression on me; Kakwirakeron Montour whose education in design was focused in New York City and whose drawings and paintings masterfully fulfill his goal of honoring the traditions and history of his ancestors; Star Horn whose paintings, drawings, and jewelry are all steeped in culture; Cheyanne Doxtator with her unique soapstone carvings; Natasha Smoke Santiago with the multi-dimensional "Moccasins"; and Barbara Little Bear with her incredible pieces of beadwork. 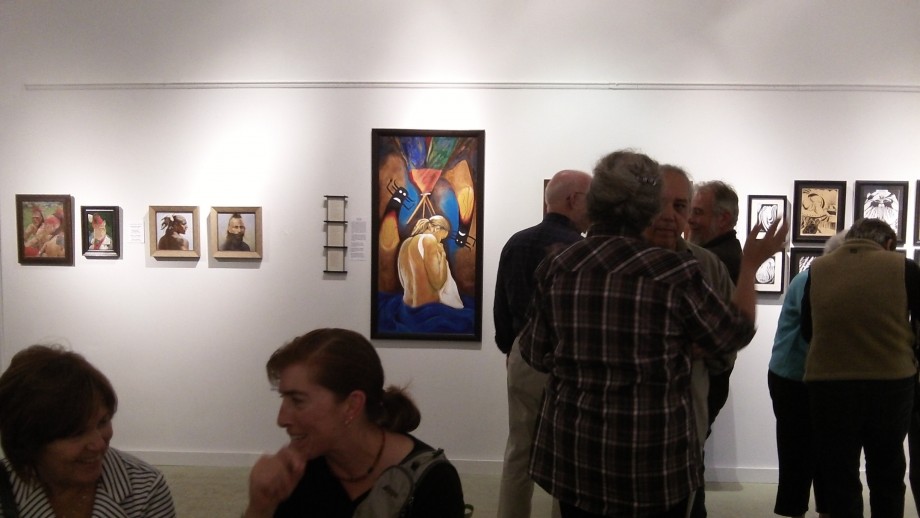 The strong sense of family, community, and identity are evident through the pieces on display here at TLC. And it is that sense of identity that has enabled the Mohawk people to remain culturally distinct despite nearly 400 years of pressure to assimilate.

Exhibit curator, Margaret Horn has a 25-year-history working in social and cultural services for Aboriginal people in Canada. She will be sharing an educational and cultural element of this program along with beading instruction with 4th grade students in AuSable Forks. School classes are encouraged to come out to TLC to view the exhibit first-hand.

'Mohawk of the Adirondacks' Exhibit will be on display through October 12, 2012. For hours and more information about events at TLC click through to the Tahawus Lodge Center website. 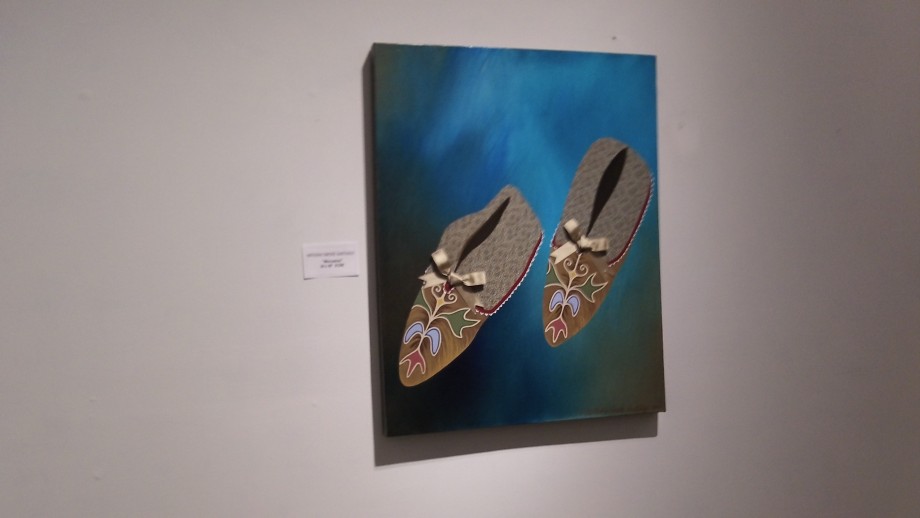