As long June days stretch out with the excitement of summer, it is a good time to look for some of our slowest residents in the North Country. After all, it is in early-mid June that female turtles come ashore to lay their eggs in sandy or loose soils. Our most common species of turtles in the Adirondacks are painted turtles and common snapping turtles, and I have recently been seeing many individuals of each species out digging holes in which to lay their eggs. 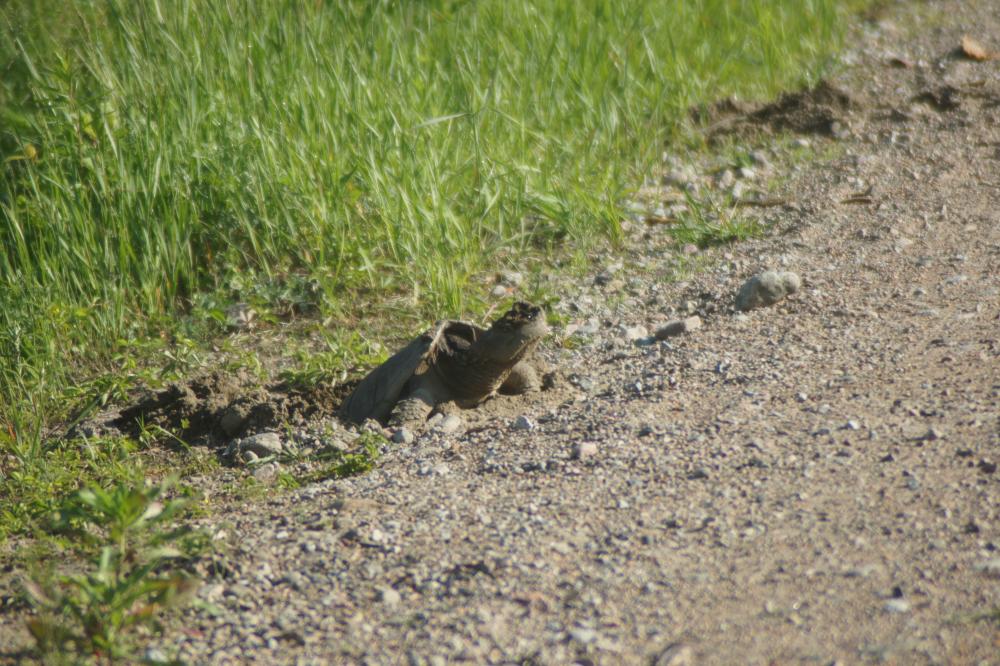 The south end of the Bloomingdale Bog Trail is riddled with small divots and filled-in holes – the mark that female turtles have been there. Most of these turtles are painted turtles – small (about 5 inches or so long) water turtles which are common across the region. Many of the nests in turn get dug up by raccoons, dogs, or other animals, and the remnant of old turtle egg shells are scattered in the gravelly sand. In the past few weeks I've found several female painted turtles along the bog trail, so keep your eyes open if you go there.

Female common snapping turtles have been busy too. Just last weekend, while leading a Wild Center trip to Spring Pond Bog north of Tupper Lake, we found a snapper digging in the soft shoulder at a stream crossing along the dirt road. Turtles often use such sort shoulders of roads – they are easier to dig in – but traffic and regular use likely crush the eggs.

Using roads also puts the adult turtles themselves at risk, as they cross what are wide impediments to them in search of good places to lay their eggs. And while as far as turtles go, snappers move overland relatively well, their defense system is designed for coyotes and raccoons, and not for one ton pick-ups. Many turtles are hit and killed on roads this time of year as a result of their egg-laying movements. Many of these incidents could be avoided (they are very slow, after all), and I've even observed drivers swerve into the oncoming lane of traffic to intentionally hit a turtle – a behavior as disgusting as its results.

But we can help alleviate such road fatalities. Not only can we drive carefully, but if we can do so safely (do not get hit by traffic yourself in doing this!) we can move turtles off the road to safety. Turtles should be moved across the road in the direction in which they were moving.

Although not dealing with roads, the students I taught at Cranberry Lake Biological Station embraced the idea of helping egg-laying turtles. When I was teaching there two weeks ago, it seemed that every day a female snapping turtle would haul out of the lake, walk across the mowed quad, and begin laying her eggs in the sand volleyball court. Students would pass by and watch on their way to classes, but the turtles were undaunted in their endeavors - continuing through their egg laying in some prehistoric trance that couldn't be broken. 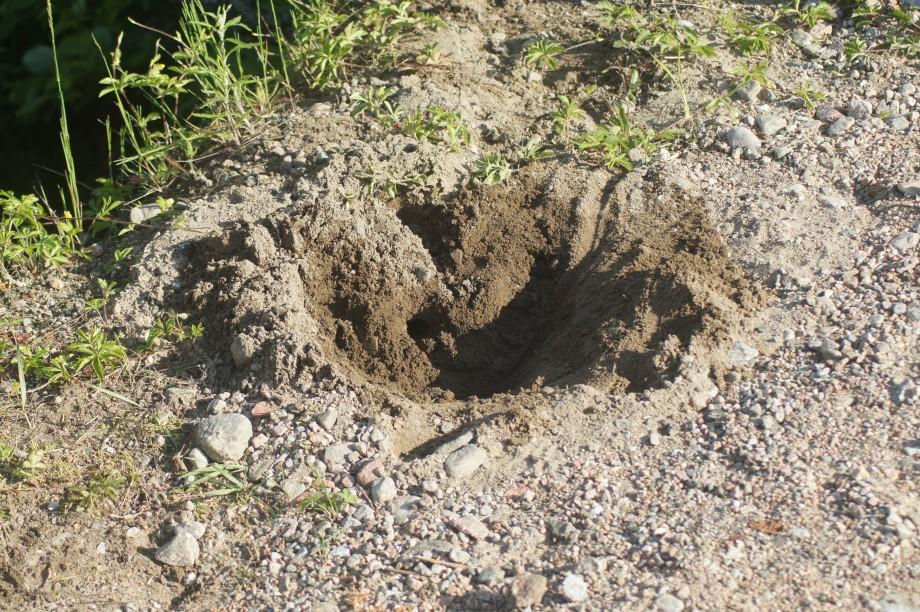 Students flagged each nest and decided to forgo using the volleyball court so as not to crush the eggs, until the eggs could be safely moved. They were also talking about creating some sort of turtle-friendly patch of soil near the lake so that the females could us that place instead of the volleyball court, where their offspring would likely be doomed.

It is a creative idea to help these slow-moving animals make it in our fast-paced world. They are a throwback to an earlier time, and one that we should all take the opportunity to slow down and enjoy.