When May warmth has begun to bring forth the leaves of spring in Adirondack woods, it is time to head out in search of warblers. There are over 30 species of these small birds in eastern North America, and many of them breed in the Adirondacks and North Country. And the variety of species, field marks, colors, and complicated, warbling songs make them a favorite among birdwatchers. After all, a morning out

spring birding in the Adirondacks in May can find 16, 18, even 20 plus species of these birds! 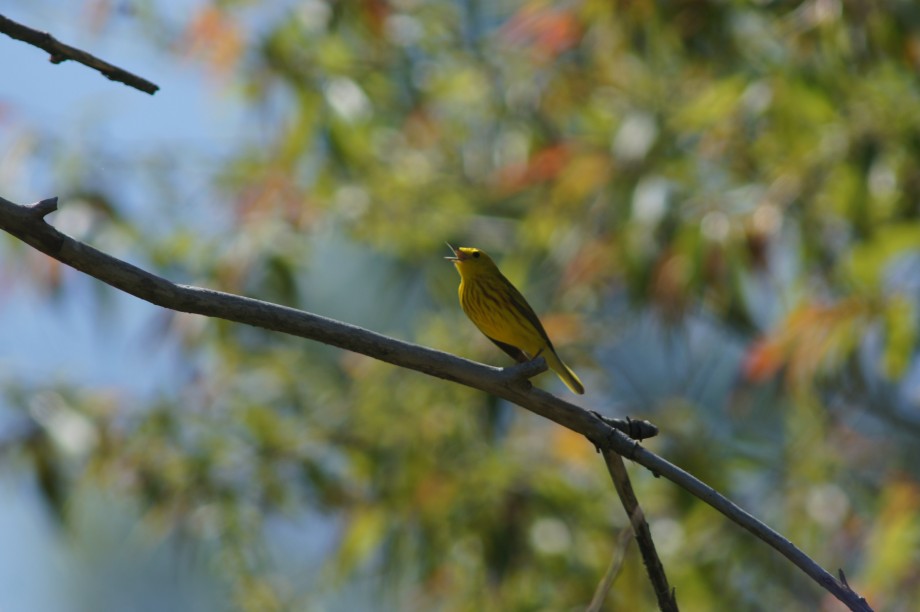 While a couple species of warblers do overwinter in the southeast U.S., the majority of them spend the cold weather in the New World tropics and the Caribbean, migrating north to take advantage of our swarming insects in spring and summer. The earliest warblers – such as yellow-rumped warblers – begin to arrive in the second half of April, but May is the prime warbler migrating month, with migrating birds peaking around the middle of the month. Most of these species breed in the region, while others, such as Tennessee and Cape May warblers, pass through (there are records of both species breeding in the park, but they do so infrequently) to breed further north in Canada.

Warbler names are as varied as their colors. Many are descriptive of their field marks. For instance, North Country habitats are home to black-throated blue, black-throated green, yellow, chestnut-sided, golden-winged, and yellow-rumped warblers. Other species, such as the Cape May and Tennessee warblers I've previously mentioned, as well as the Nashville warbler, which breeds in the Adirondacks, are named after locations. Others are named after people. The Wilson's warbler, for instance, is named after Alexander Wilson, the father of American ornithology. Some, like the ovenbird and northern waterthrush, don't even have the word "warbler" in their name. And then there are other monikers; magnolia, blackpoll, blackburnian, pine, palm, and mourning warblers can all be found in the Adirondacks, singing summer into existence with an array of songs as varied as the birds themselves.

Birdwatchers wake early to experience this phenomenon of warbler color and song, but one of the nice things about spring is that the birds generally sing well into the day. Their hormone-driven hype over breeding revs up the vocal centers in their brains, and they are compelled to grace us with song – which is not just nice to listen to, but helps us find them more easily as well. Cooler spring temperatures also seem to help, as birds usually hush up faster on hot days. And so while birdwatchers may rise early in excitement and anticipation, sleep deprivation is not necessary to find warblers in spring. 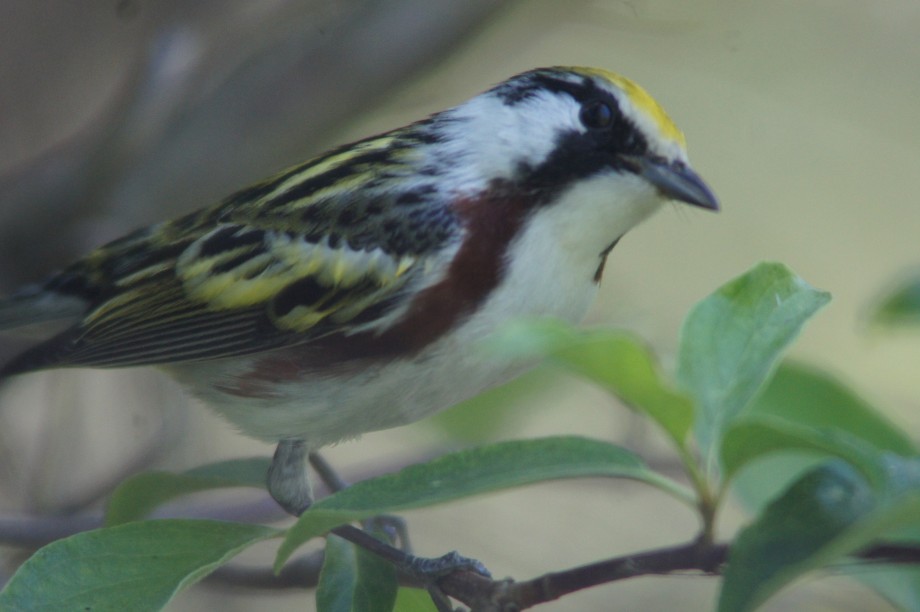 And, while the Adirondacks do not create "migratory traps" like so many coastal sites do, the region offers excellent breeding habitat throughout the summer, and warblers will be found in all of them before they migrate south in the late summer and the early fall. Golden-winged and blue-winged warblers prefer young, edge habitat outside the park, ovenbirds and American redstarts frequent deciduous woods, coniferous woods harbor magnolia and Nashville warblers, Canada warblers are found in thickets often near water, blackpoll warblers breed at the conifer-topped mountains of the park, common yellowthroats and chestnut-sided warblers sing from the edges of fields, woods, and streams, and palm warblers – contrary to their name – make their home in bogs. I could go on and on! There are so many warblers out there; I'm almost out of breath from reading my own run-on sentence!

But the fact is, warblers will be in every Adirondack habitat for the next few months, and they are a joy to discover. Their colors, songs, patterns, and energy stitch together the fabric that is the Adirondack spring, and make it such a magical time of year. And we can enjoy the festivities, taking in nature's beauty as it sings at our doorstep.

If you'd like to see Adirondack warblers, perhaps you should come to the Great Adirondack Birding Celebration held in Paul Smith's from June 1-3, 2012.