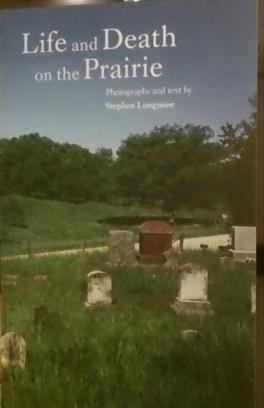 I don't know much about the photographs I am about to experience but I've seen the photographer act at The Recovery Lounge in Upper Jay under the direction of Scott Renderer and I know that he teaches at Yale University, so I have high expectations.

I am at Wells Memorial Library in Upper Jay for the opening of Stephen Longmire's photographic exhibit, "Life and Death on the Prairie," which is also the title of his recently published book.

Cemeteries are almost always fascinating sites by the nature of their use but the cemetery that is the subject of these photos presents a more interesting history than most. The place is Rochester Cemetery in Cedar County, Iowa, and it is one of the last prairies in America. The cemetery has been in continuous use since the 1830s when it was established as a burial ground for pioneers. More than 900 people are buried in this 13-acre patch of contested ground that, according to photographer Stephen Longmire, tells the story of the Midwest's rapid settlement and conversion to farmland, during the same years that the Adirondacks were being developed and conserved. 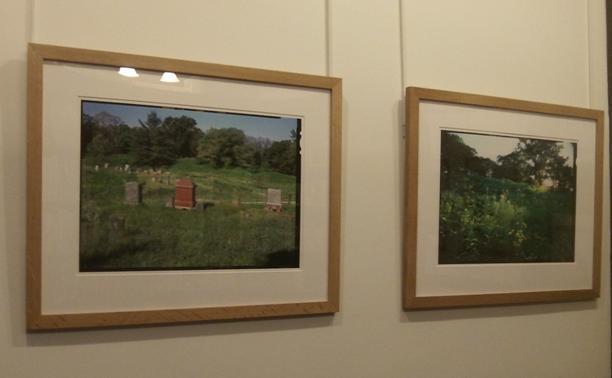 What makes this cemetery so unusual is that it boasts more than 400 species of plants, over 300 native to the region. Rochester Cemetery has become a pilgrimage site for botanists across the country.

Stephen shares much of the history of the cemetery-prairie with a local Adirondack audience this evening while toasting with sparkling cider provided by the library. He verbalizes captions to his striking photos and explains to us how the drama of the prairie's survival continues to this day. The controversy about how often the site should be mowed flares up, "as reliably as spring's shooting stars," according to the photographer. 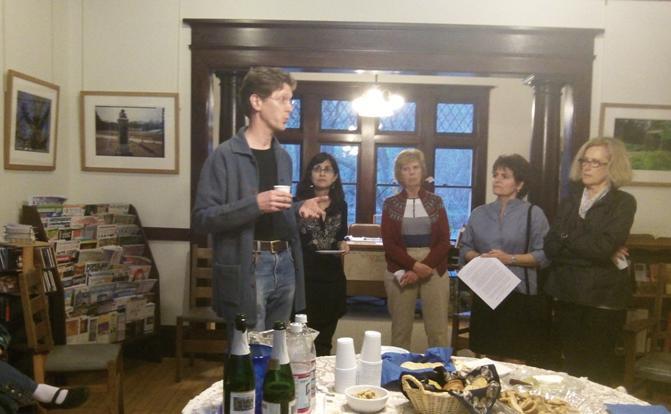 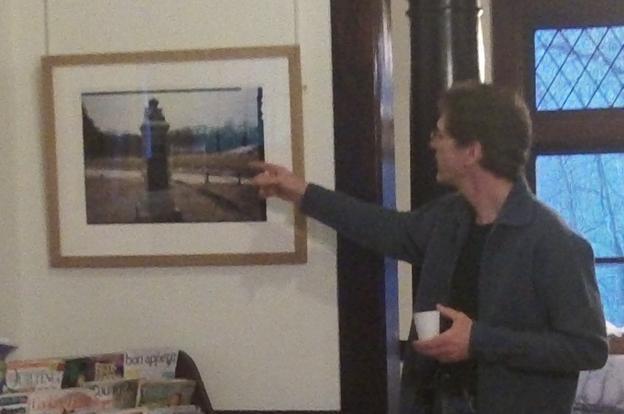 He explains in his accompanying write-up that to a landscape historian and photographer, this is a place where many of the stories of the rural Midwest are written on the land—a long exposure, extending back to the days when Meskwaki Indians camped nearby and wildlife held back the forest.

Together, these photographs tell a story about the creative tension between people and place, not unlike some of the stories that prevail in our own Adirondack Park. 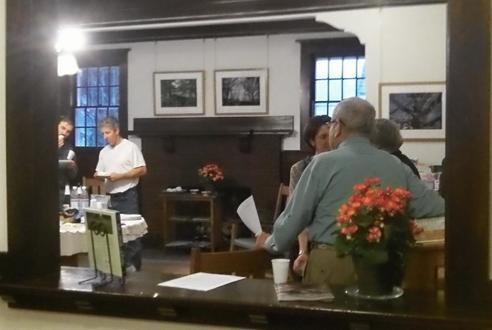 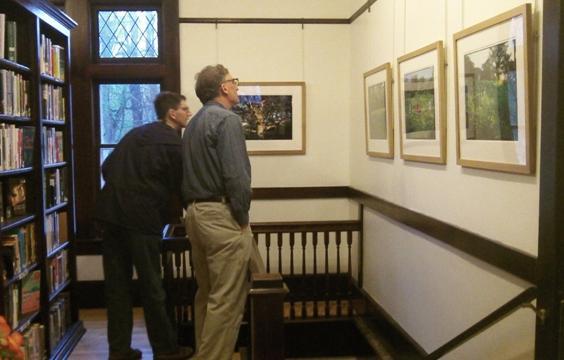 These photographs are the latest in this writer-photographer's body of work that focuses on the politics and history of place. His previous book, Keeping Time in Sag Harbor, explores the effects of the recent real estate boom on his hometown of Sag Harbor, New York. His photographs are in the permanent collections of the Corcoran Gallery of Art, Grinnell College's Faulconer Gallery, and the National Park Service.

His photographs and book will be on display at Wells Memorial Library in Upper Jay until the end of June, 2012. Library hours are Tues., Wed., and Thurs. from noon until 5 PM and Saturday from 11 to 4 PM. 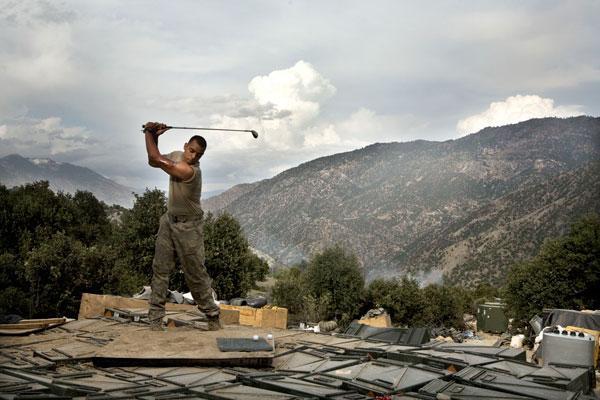 In the course of researching this blog, I stumbled across an unusual photo by Tim Hetherington of this golf swing at the main Korengal Outpost in the Korengal Valley in Afghanistan. According to the feature on the Corcoran Gallery of Art website, soldiers would spend about two weeks at the Restrepo Outpost before coming back to the main KOP base. Between 2007 and 2008 photographer Tim Hetherington (1970-2011) was embedded with U.S. Army soldiers of the 173rd Airborne Brigade Combat Team at Outpost Restrepo. He recorded all aspects of their experience, from construction of the camp to scenes of intense combat. Many of his images show the soldiers in time of respite and how they bonded through common interests such as golf.

Tim Hetherington's photographic exhibit, Sleeping Soldiers, will be on display at The Corcoran Gallery of Art in Washington, D.C. through May 20, 2012.