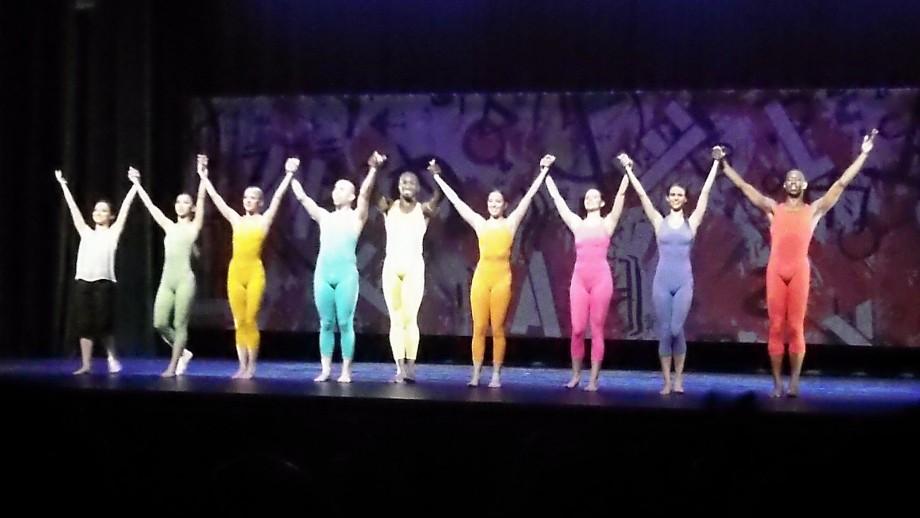 As the lights go down in the theatre at the Lake Placid Center for the Arts this afternoon a baby starts to cry but that doesn't detract from the mood that is about to be set and held by the Elisa Monte Dance Company. 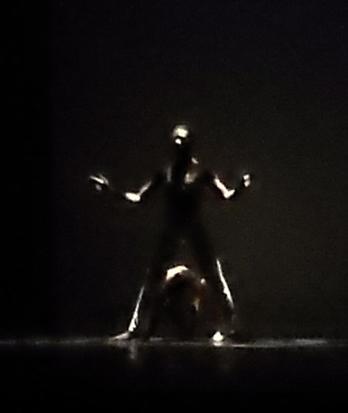 Two dancers--one male, one female--are partially lit on the dark stage and from this moment on I am riveted. The first dance piece seems to me to be a courtship of sorts and when I look at the program later, I see that it is entitled, "Amor Fati, Excerpt" (1999). It is described as a work for and about the family (a dance company) and explains how a couple may break out to explore a tangent, but the concentration is on how each dancer melts into the whole, making one. That concept of melting into the whole and making one is a recurrent theme throughout this entire afternoon performance and executed flawlessly throughout.

I am no expert on dance, but I am sure that the artists performing onstage today in Lake Placid are among the most talented contemporary dancers around, as are their choreographers and artistic director.The fluidity of movement and the use of shadows and light are remarkable.

There is a printed program, but I choose not to read it until after the performance and draw my own interpretations of the dance pieces. 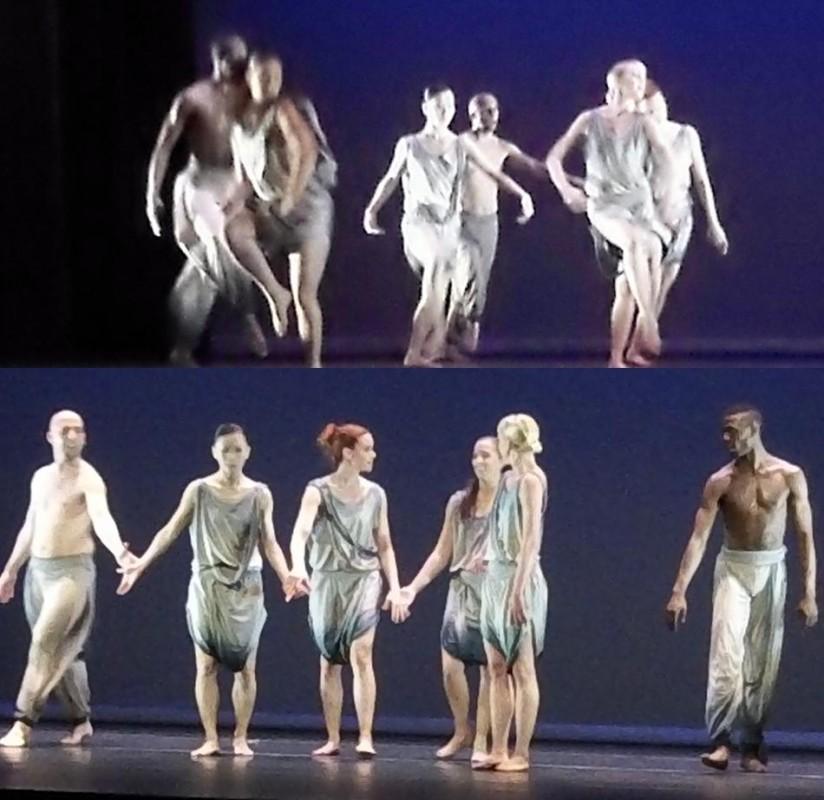 A dancer emerges for the second piece in what I imagine to be Grecian costuming. I begin to think the solo dancer is an Olympian based on her strong, powerful arm movements. The company joins in for part two of the dance and I am still reminded of sports and athletics. When I consult the program at intermission, I see that this piece is titled, "Pigs and Fishes". It is described as the coming together of forces in the communal triumph of society and culture. It was the first major commission for Elisa Monte by Alvin Ailey for his legendary dance troupe.

I find the rest of the first half to be a contemporary exploration of gender and relationships, bodies mingling as one in slow-motion, pulsating to the evocative music.

During the second half of the program, I am enthralled by the use of shadows and shadow dancing as well as the intriguing movement of dancers as they slither onto the stage one leg at a time. 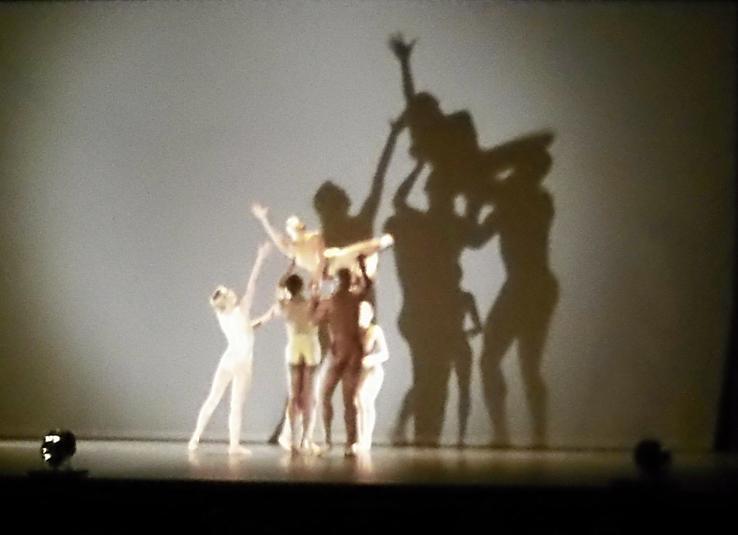 The final number initially transports me to the rainforest with its jungle noises, lighting, brightly colored costumes, and rhythmic movements of the dancers. As the lights get brighter the background reveals a wall of urban graffiti and now we hear human calls in the dance music. This piece is entitled, "Vanishing Languages" and described as a flash of human spirit, the vehicle by which the soul of each particular culture comes into the material world. 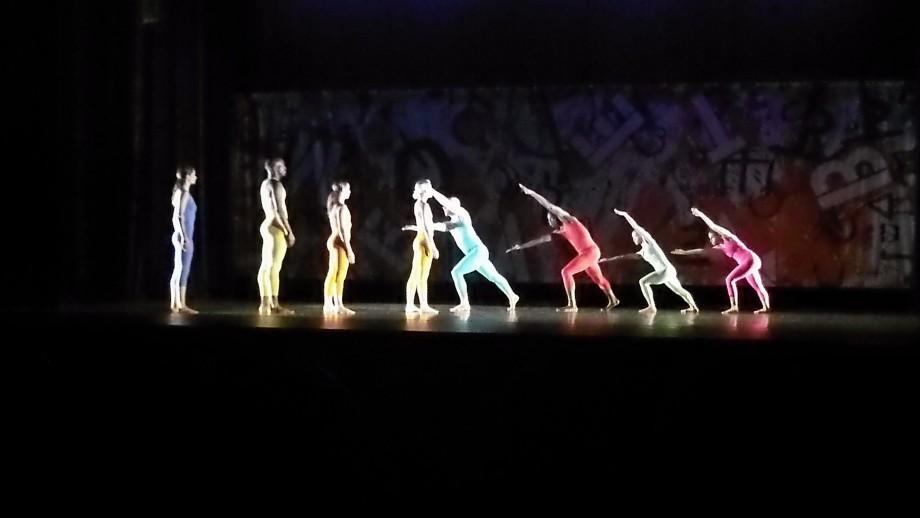 It is an amazing array of talent put together by Elisa Monte who made her professional debut dancing with Agnes DeMille and went on to become a principal dancer with various dance companies including the Martha Graham Dance Company. Her signature style is daring, intense, passionate, classical and highly athletic, roosted in sensuality and a controlled, sustained energy—all of which is apparent onstage today.

The performance is filled with soul and has successfully captivated the entire afternoon audience which includes all ages—from toddlers to grandmothers. In fact, as the second half unfolds, I hear a hushed voice in the audience remark, "very sensual." 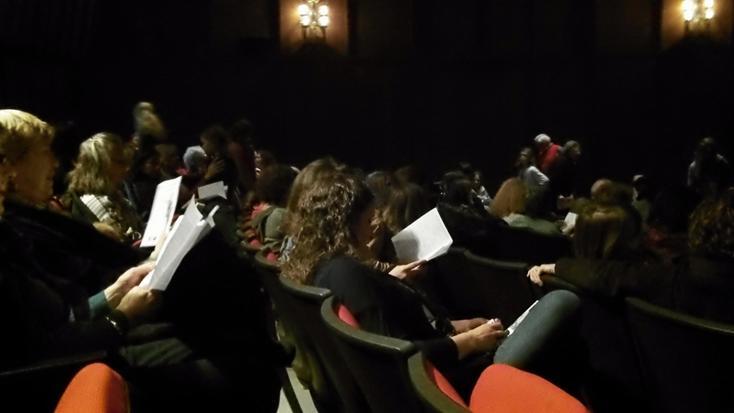 There are many folks from the greater Lake Placid community here today including the head of the Arts Council for the Northern Adirondacks, folks from Wilmington, Saranac Lake, Jay, Peru, and Keene Valley, and all are very appreciative and awed by the dynamic performance of this talented dance troupe.

Of course, an event at the Lake Placid Center for the Arts almost always includes a sampling of artwork on display. At this time, it is works of students from North Country Community College. Many black-and-white prints line the walls but I am a sucker for the untitled plastic fork sculpture. 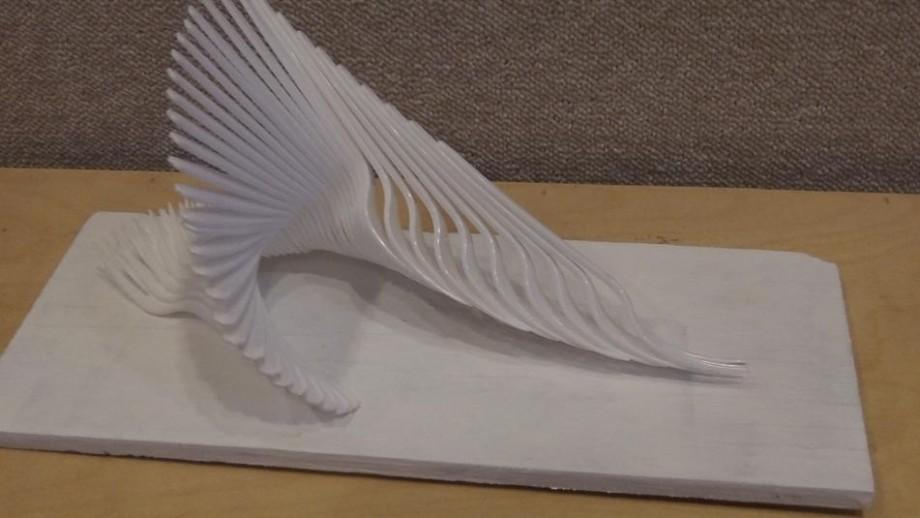 For upcoming events at the LPCA make sure to click on this link to the web site.