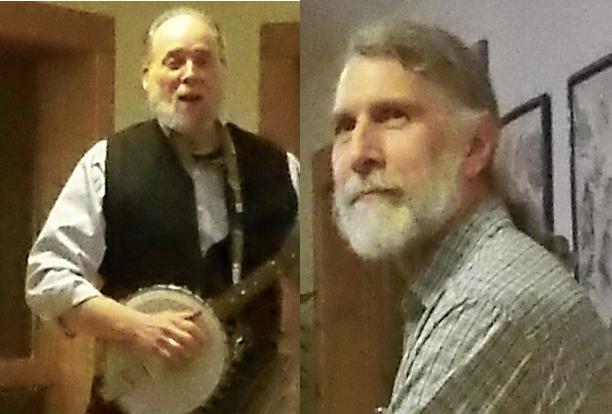 Carl Heilman II is a man who likes to work and play in the snow. I realized this early on during a recent talk in Willsboro, NY, when he explained that he scaled his first High Peak on "a late day in January". That judgment was reinforced when I went to the Snow Shoeing section of his web site--itself quite definitive--which sports the challenge, "If You Can Walk, You Can Snowshoe!!"

For those of you new to the Adirondacks and its sights and sounds, Carl Heilman II is and has been for several decades, a preeminent nature photographer in these parts. He's had three photography books published by Rizzoli International Publications, Inc., and produced many more with other publishers, and is a premiere photographer for Adirondack Life magazine. He recently teamed up with folk musicians Dan Berggren, Peggy Lynn and Dan Duggan, along with composer/musician Casey Filiaci, to make the film "I Am the Adirondacks" which is shown daily at the View art center in Old Forge. "I Am the Adirondacks" is based on an inspirational poem written by Miriam Davis Kashiwa. Words and music combine with Carl's evocative photographs to capture the spirit of the Adirondack Park. 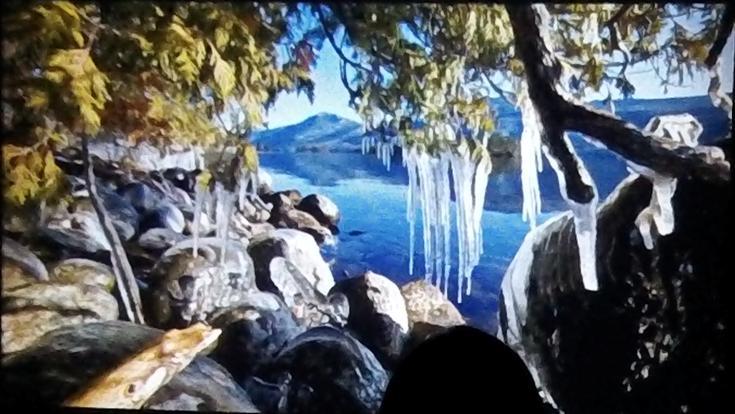 On this blustery winter evening, Carl and Dan Berggren have teamed up once again to present nature slides and music, the film, and chat with folks about their work in the first of five lectures in this winter's Third Annual Cabin Fever Series at Pok-O-MacCready in Willsboro.

As I drive through the woods to the camp where the lecture was to be held, I start to feel like I am traveling to a very remote location and wonder why. The town of Willsboro, which sits on the shore of Lake Champlain, doesn't seem so remote in daylight or when I'm driving to the school for an event. But on a dark winter's night heading off the main road to reach the camp, I begin feeling that I am truly in the wilderness.

Pok-O-MacCready is an Outdoor Education Center with a mission to create and encourage a sense of awe in the presence of nature, promote teamwork, communication and tolerance, and to build self-confidence and nurture self-worth for students of all ages. In the winter months, the Center strives to bring more local Adirondackers indoors for such programs. There were about 30 gathered in the main building this chilly evening.

I have to admit, I've always found the phrase lecture series a bit off-putting. But this was hardly what one would envision a lecture. For me it was an artistic meditative journey. Dan Berggren eased everyone in with his tribute to Adirondackers, "Here's to You" and made us all sing that refrain where it came up. He did that for a few of the following numbers as well, encouraging audience participation, reminding me of the late Irish folksinger Tommy Makem. His pieces were punctuated throughout with "Carl's magic at work," as he called the photographic landscapes that accompanied him. The music and the slides melded beautifully and the two men knew exactly when to be silent and let the images and sound alone move us.

Following the film, Carl took questions from the audience and there was a friendly exchange for a few minutes with discussions ranging from digital photography versus traditional photography to cataloging his enormous array of photographs. 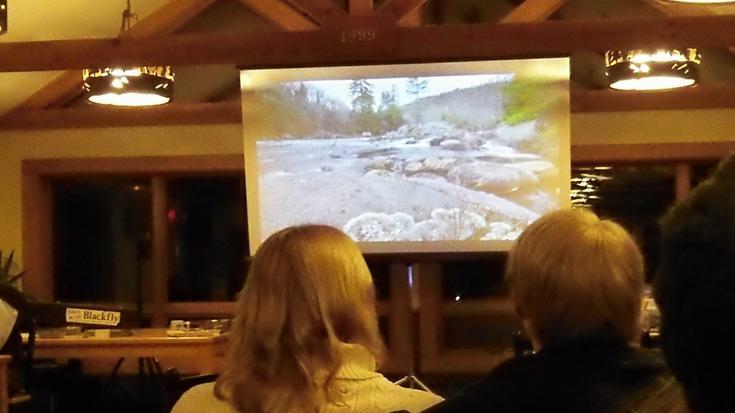 To experience the breadth of Carl Heilman's photography and outdoor acumen visit his web site. Dan Berggren has more performance dates coming up in the North Country, you can see his schedule by following the link.

There are four more in this "lecture" series including talks from children's author/illustrator Steven Kellogg (creator of Pinkerton, a personal favorite of mine) and Kristin Kimball, author of The Dirty Life which chronicles her dramatic lifestyle change from NYC travel writer to homesteader/farmer in Essex, NY.