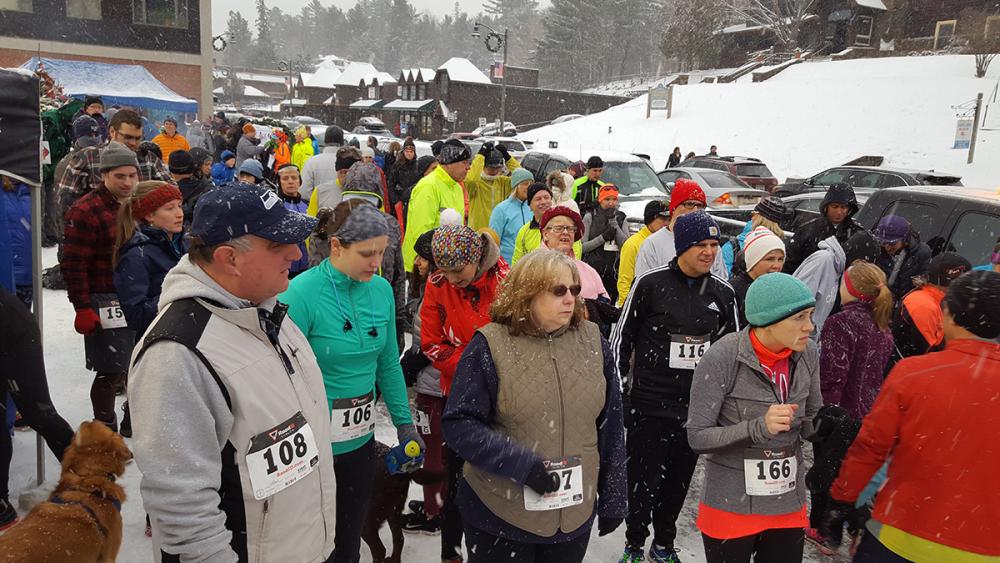 Lake Placid, adirondacks usa — More than 150 racers competed and more than $700 was raised for local charities during the New Year’s Eve and New Year’s Day “Last and First Races” events held as part of the Invent Your Own Perfect Holiday week of events in Lake Placid, N.Y.

The last race of 2015 and the first race of 2016 began at Mid’s Park on Main Street, followed the brick walkway and road that circumnavigates Mirror Lake and finished at 1 Main Park for a total of 5 kilometers.

The fun races welcomed many walkers and joggers, but were timed as runners competed to become the top female and male finisher with the fastest cumulative time for both races, and win free entry into the Lake Placid Classic Half Marathon and 10k on Sept. 10, 2016.

Though race entry was free, more than $700 was generously donated for the benefit of the Lake Placid Ecumenical Food Pantry and the Joshua Fund, a nonprofit organization dedicated to saving the lives of dogs from high-kill shelters throughout the United States.

“These events are in large part what makes Lake Placid so special, said event organizer Greg Borzilleri. “Local volunteers and tremendous community spirit made both of these races, and the entire week of fun in Mid’s Park, possible.”

The events were supported and sponsored by a number of organizations and businesses, including: the Lake Placid Police Department, the New York State Police, NYSEF, the Lake Placid Classic Half Marathon and 10k, Aubuchon Hardware, Lisa G’s, High Peaks Cyclery, Placid Planet, Fallen Arch, Villa Vespa, Dancing Bears Lounge, the Palace Theater, RoadID and more, in addition to many volunteers.