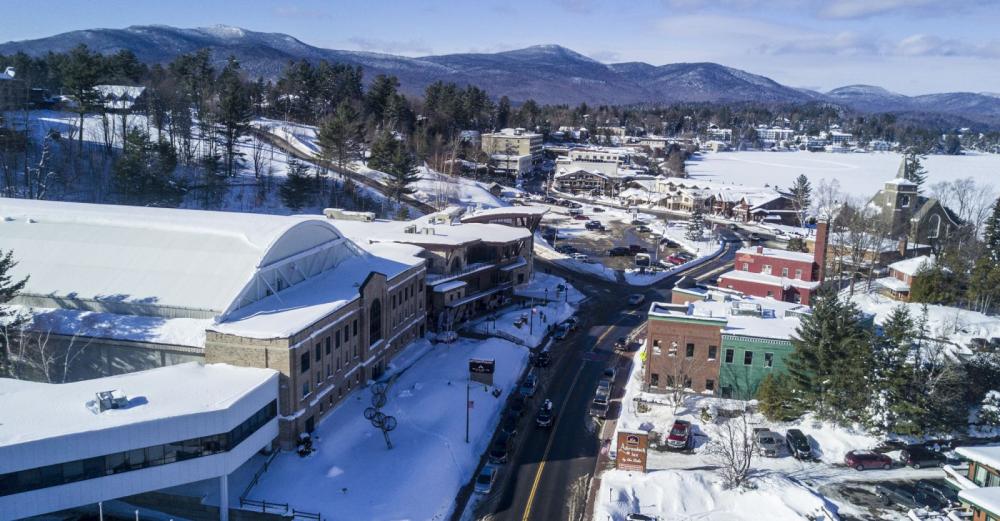 Be a part of Olympic Pageantry and Spirit in Lake Placid

The Olympic village plans Olympic-themed events and activities throughout February

Lake Placid, Adirondacks, USA - Home to the 1932 and 1980 Olympic Winter Games, Lake Placid remains an active hub for the Olympics through hosting World Cup events and training Olympic athletes at the Olympic Training Center. This picturesque village, which sits on Mirror Lake and is ringed by Adirondack Mountains, is celebrating its long Olympic history throughout February. We invite all who want to experience the pageantry of international competition and the spirit of the Olympics to pay a visit.

On the eve of the 2018 Winter Olympics, the 38th Empire State Winter Games bring the spirit and excitement of fierce winter sports competition back to Lake Placid with 2,500 athletes expected to compete in more than 30 events across 17 sports.

- The Opening Ceremony on February 1 at 6 p.m. is free and open to the public and will be held in the Herb Brooks Arena in the Lake Placid Olympic Center, a venue made famous by the 1980 Miracle on Ice hockey game between Team USA and the Soviet Union.

- The outdoor spectator village, located on Lake Placid’s Main Street, will be the site of the ESWG cauldron, a Jumbotron with live-streaming, ESWG TV event coverage, live music, spectator speed-tubing, a zip line, samples of soups and chili prepared by local chefs for Taste of the Games, and the 2018 ESWG winter bike competitions. It may not be PyeongChang, but the atmosphere will be the same. More information on the spectator village can be found here.

February 9: The cauldron used in the 1980 Olympic Winter Games will be relit after a torch run from the Olympic Ski Jumps to the Lake Placid Horse Show Grounds.

February 17,18: Lake Placid will host the Freestyle and Biathlon Nor-ams on Saturday and Sunday. Visitors can watch skiers flip and twirl through the air! The event is used to qualify skiers to start in NorAm competitions and possible starts in U.S. World Cups. More information can be found here.

There are sports demos and a free concert at the Olympic Jumping Complex featuring the band Third Eye Blind.

- Throughout the month, the celebration continues with Olympic themed food and drink specials. The quaint Main Street will be decorated in red, white and blue and adorned with welcome flags. Visitors can watch the Olympic competitions daily on the large jumbotron located on Main Street, next to the Olympic Center.

Want to “be an Olympian?”

- When not in use for competitions, the public is welcome to take a brain-rattling bobsled ride with a professional driver and brakeman. Riders bob and weave as they wind through sharp turns at about 55 mph.

- Biathlon is the sport that marries cross-country skiing with rifle shooting. Lake Placid is one of the few places you can take a lesson in both skiing and rifle marksmanship. Bullets and ski wax…what a combination.

- Whiteface Mountain and Mt. Van Hoevenberg welcome skiers for downhill and cross-country skiing. You're invited to follow in Olympic footsteps by skiing on the same trails used by Olympians.

In and around Lake Placid you’ll find plenty of skiing and snowboarding, miles and miles of cross-country skiing trails and the Olympic venues and the Lake Placid Olympic Museum, which are open to the public.  Visitors can purchase an Olympic passport that allows access to the venues for one price. 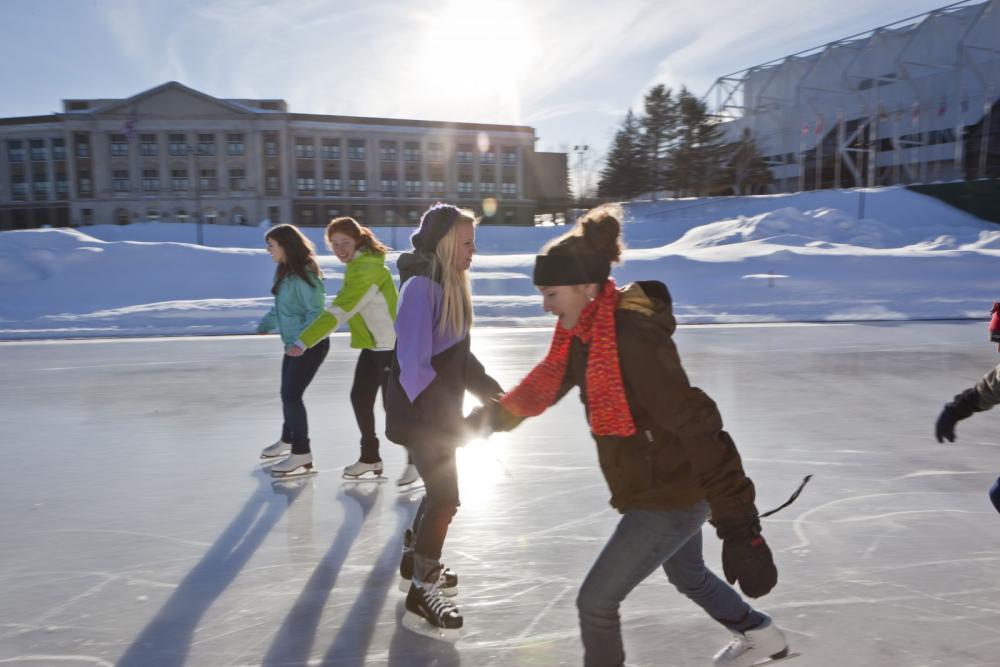 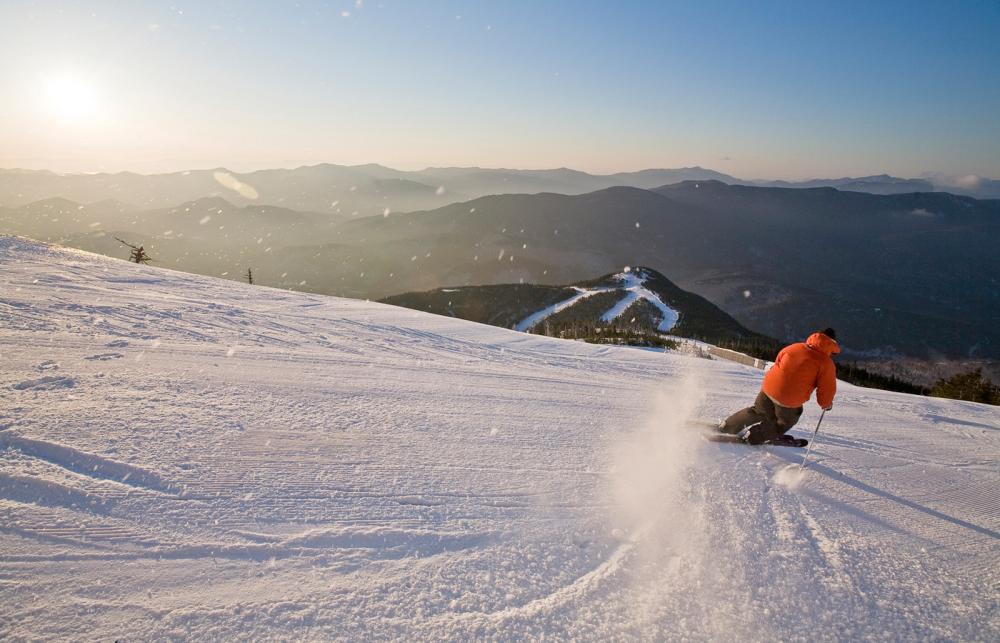 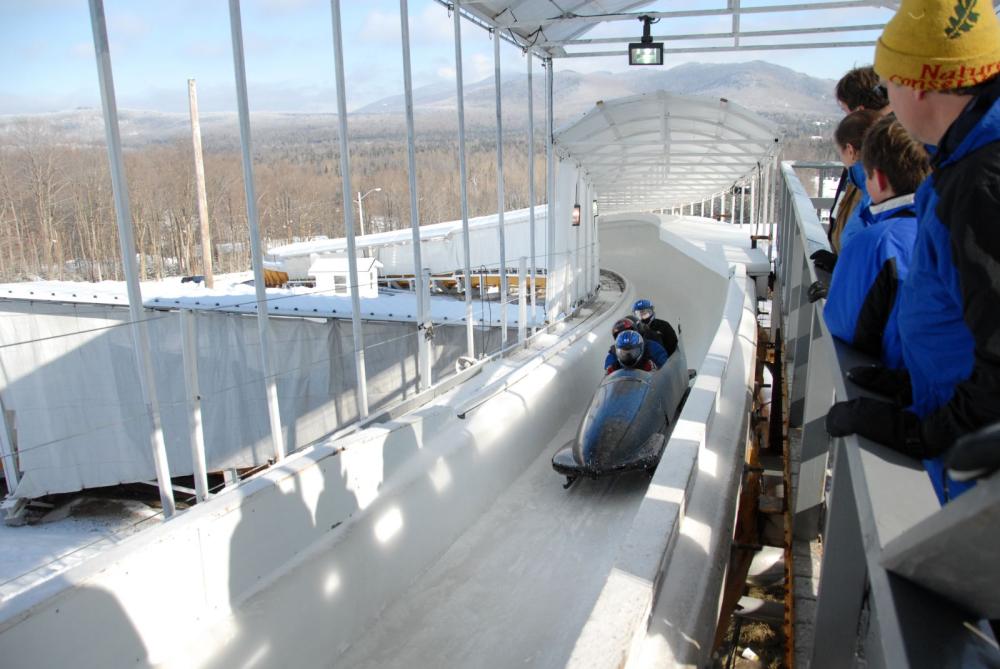