with a Cuban/Russian Connection; a Special “Thank You” to Lake Placid; the return of “Sleepless in Lake Placid” & “North Country Shorts”; & Tributes to Gene Wilder and Acclaimed Director Jonathan Demme 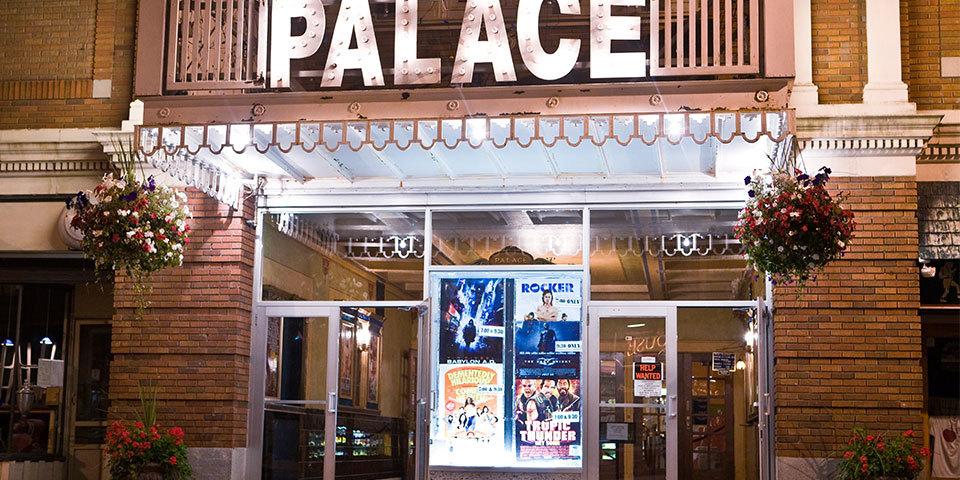 Lake Placid, NY—The Adirondack region’s premier film-related event returns to Lake Placid for its sixteenth annual edition with a dynamic, packed program of screenings and related programs sure to satisfy every kind of North Country moviegoer.

Stretching from Wednesday, June 7th, through Sunday, June 11th, at venues including the historic Palace Theatre on Main Street and the culturally indispensable Lake Placid Center for the Arts (LPCA), version 16.0 of the Adirondack Film Society’s annual Lake Placid Film Forum (LPFF) features—as always—brand-new and recent feature films, documentaries, independent North American and foreign-language titles, and shorts; panel discussions, workshops and master classes led or involving top film-industry professionals; and the return of two ever-popular staples of past Film Forums: “North Country Shorts”—short films shot in, or made by filmmakers living in, the Adirondack region; and “Sleepless in Lake Placid”—the 48-hour undergraduate student filmmaking event, in which teams of 5 or 6 aspiring filmmakers from such institutions as Marist, Paul Smith’s and Miami Dade College come to Lake Placid and conceive, write, cast, shoot, edit and deliver in less than two days a 10-minute film to be screened and judged by a panel of industry professionals as well as the public.

This year, a major running theme of the LPFF is international exchange and understanding, highlighted by the presence of directors and producers flown into the North Country from Havana, Cuba and Moscow, Russia, as well as an “Essentials” screening of the much-beloved Gregory Peck-Audrey Hepburn classic “Roman Holiday” hosted by author and Turner Classic Movies contributor (and longtime Lake Placid summer resident) Jeremy Arnold (Sat. night, June 10).

Screenings with an international flavor include such highly acclaimed foreign-language films (all with English subtitles) as “The Salesman” from Iran, winner of the 2017 Academy Award for Best Foreign-Language Film (Thu. Eve., 6/8); “Neruda” from Chile, which observers have described as a cross between “a film noir and a biopic,” about that country’s great national poet, Pablo Neruda, and directed by Pablo Larraín, creator of the visually stunning, Oscar-nominated “Jackie” (Sun. eve. 6/11); and “Esteban,” a poignant drama hailed as “a Cuban ‘Billy Elliot’ and whose director and co-producer, Jonal Cosculluela and Maritza Ceballo, are being flown in by the AFS from Havana to present their film in person. Also flying into the North Country from a far-away locale is Russian producer Dmitry Pirkulov of Moscow, who will present a workshop on contemporary indie filmmaking in Russia aimed at the college students here for “Sleepless” but open and of interest to the general public (Sat. afternoon, 6/10).

“Eddie the Eagle” and Charlie from “the Chocolate Factory”

In an effort to offer something for moviegoers of as many tastes and interests as possible, the LPFF programmers have put together two special programs: one aimed directly at families with children, the other developed with residents of Lake Placid and neighboring communities in mind—including winter sports enthusiasts and local filmgoers who don’t typically attend Adirondack Film Society (AFS) screenings. Regarding the latter, on opening night of the film festival, Wednesday, June 7, at 7 p.m., the AFS will give a big “Thank you, Lake Placid” with a screening of the 2016 true-story hit movie, “Eddie the Eagle,” about the famed Olympic ski jumper Michael “Eddie” Edwards who actually trained in Lake Placid. Although the film is set largely in Europe and Lake Placid is not mentioned, the LPFF views “Eddie the Eagle” as a celebration of much of what Lake Placid stands for, with its glorious history of winter sporting events, including ski jumping, according to AFS Chair John Huttlinger. Headlining the evening among panel discussion speakers and other invited dignitaries will be former United States Ski and Snowboard Association ski jumping coach Larry Stone.

Helping to bookend the Film Forum as the first event (late morning) of the last day, Sunday, June 11, will be a tribute to the late, great actor, Gene Wilder, with a screening of the 1971 family classic “Willy Wonka and the Chocolate Factory,” introduced by Dr. Peter Ostrum, who played young Charlie in the film and who is now a veterinarian in not-too-far-off Lowville, NY, near Watertown. Dr. Ostrum will also participate in a Q&A session immediately following the film—so kids, ready those question, not only about Peter’s experience making “Willy Wonka” but also about the life and work of his co-star, Gene Wilder.

And speaking of tributes, the LPFF will screen two contemporary classics by one of Hollywood’s greatest, most beloved directors, Jonathan Demme, who passed away this past April 26th and who was a guest of, and special friend to, the Film Forum: “The Silence of the Lambs,” winner of the Oscar for Best Picture, Best Actress (Jodie Foster), Best Actor (Anthony Hopkins), Best Adapted Screenplay (Ted Tally) and Best Director), Friday evening; and, as the LPFF’s closing program Sunday evening, “Stop Making Sense,” one of the all-time great concert films—about the quintessential late 1970s/early 1980s New Wave bands, the Talking Heads.

Follow-up news releases will focus on additional highlights of LPFF ’17. As in the past two years, admission to panel discussions, workshops and master classes remains free and single tickets to all screenings are $10 per person; however, this year the AFS is introducing an all-Forum screenings pass for $79, payable by check to the AFS or online via Inntopia. To learn more about tickets or the program overall, please contact AFS Operations Manager Fred Balzac at (518) 523-3456 or fredbalzac@aol.com or visit adirondackfilmsociety.org.